Neither Tom  nor I had been to Brugge (Bruges for you Francophiles) in a while, so we decided to take a day trip. First planned stop was Erasmus, but when we got there it they were closed and it looked like some renovation was underway. So we walked down to the Mar hung a right and ended up at the little alleyway that leads to De Garre.
They had Celis White on draft -- in glasses that said "Celis Brewery, Austin Texas" which was kind of cool. After a couple of those plus a De Garre Triple (Don't know who brews it) and a Goulden Draak we decided to split a 750ml bottle of Achel Extra. The waitress warned us it was very sweet. We decided she can't tell sweet from malty or maybe she was just a hop head :) 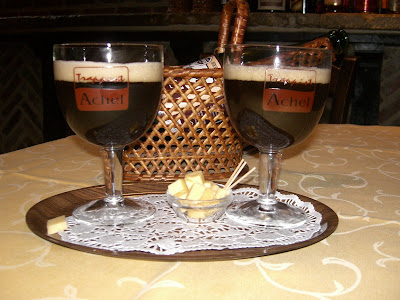 Finally it was 4pm -- the magical time when the Brugse Beertje opens. So we headed off there. 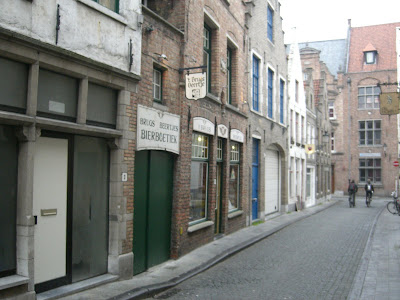 If you don't know the "Brugge Little Bear" you should. It is one of the great beer pubs in Belgium. I had a Vicaris Generaal and Tom a Brugse Zot from draft to start off. 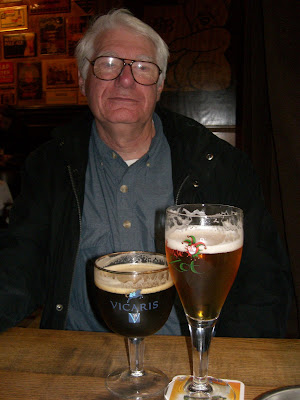 Next we had a Pannepot and a Pannepøt from De Struisse Brouwers. This is the same beer, except the first is made with candy sugar and the second with cane sugar. They were very much alike, but there was a difference. 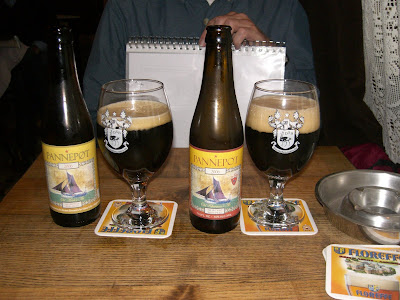 Finally, it was time to catch our train back to Antwerpen.  Long story short, there were problems on the track and with our train and it took two and half hours to get back to Antwerpen (normally 1:20) and it was so late we decided to skip the Kulminator.
Tomorrow, the Night of the Great Thurst -- the labmic festival!
Posted by The Mad Brewer at 1:11 AM No comments:

Email ThisBlogThis!Share to TwitterShare to FacebookShare to Pinterest
Labels: Zythos08

Spending too much time drinking and traveling and not much time to write. So I'll just post a few pictures...
The cheapest airfare was flying into Düsseldorf. Our plane arrived early,  so we had time to take a cab into the Altstadt to have a quick Uerige or three. This photo was taken with my Macbook Air... 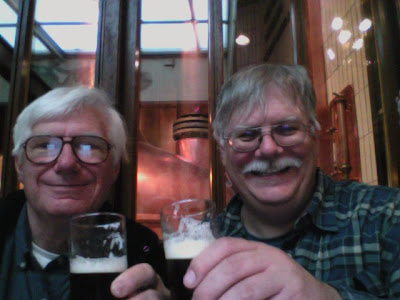 Our first beer at the Kulminator. If it looks like I'm not having fun, it's because I'm holding the camera a concentrating on centering the picture... 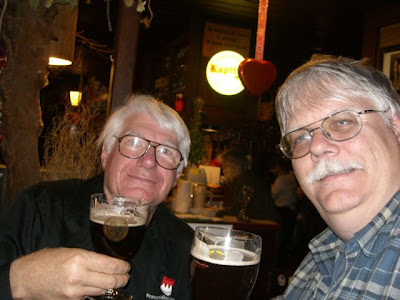 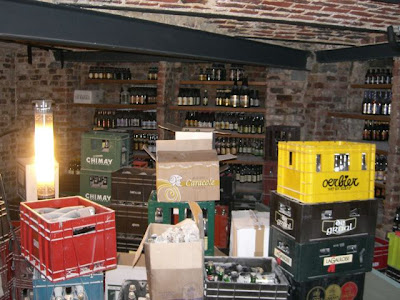 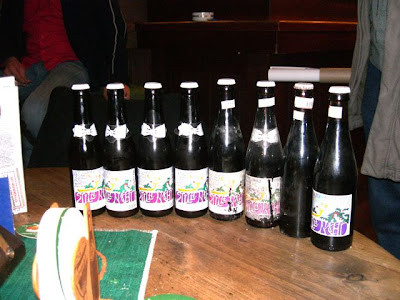 And the beers themselves... 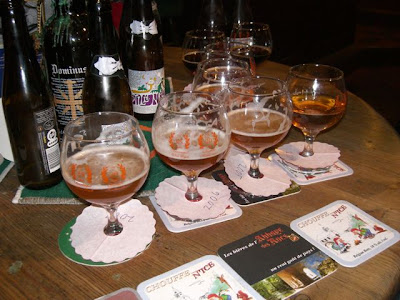 Thursday we're off to Brugge (Bruges) for a beer or three...