The travel was uneventful -- I missed the Delta meltdown by a day. After getting settled in our rooms, we headed out for a beer.

First stop was a new place for me, the Resting Hare. It is owned by the same folks as Euston Tap, Holborn Whippet, etc. 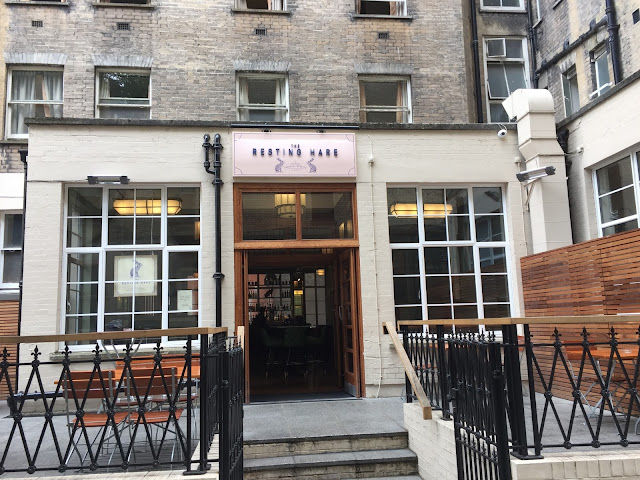 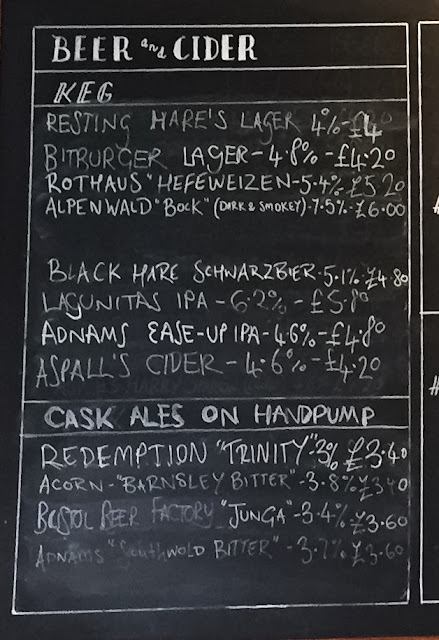 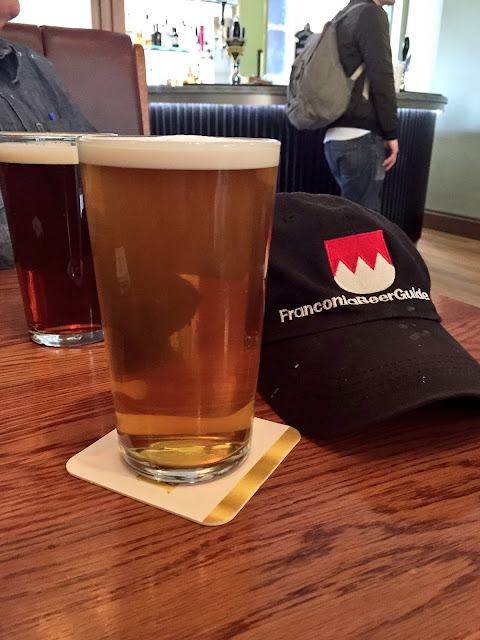 I learned later that their house Lager and Schwarzbier were brewed by the Anker brewery in Ochensfurt (near Würzburg) -- a brewery I visited on a bike tour in 2010. Have to come back for it. 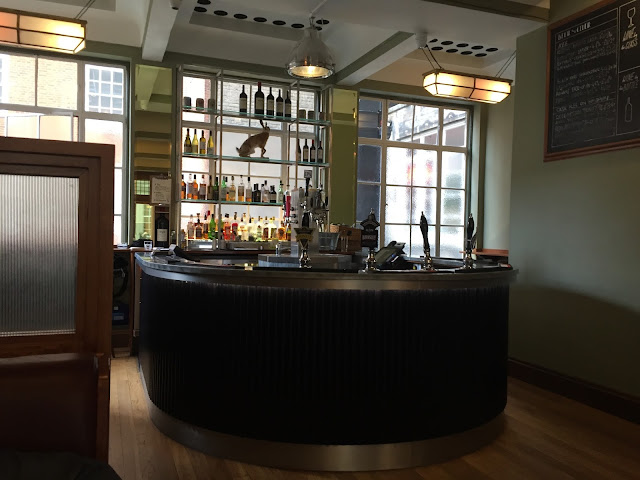 Then it was over to the Euston Tap, one of my favorite places in London. They have 15 keg beers and 8 cask

When with the Orbit Neu Alt -- I visited the brewery the last time I was in London -- they specialize in German styles. 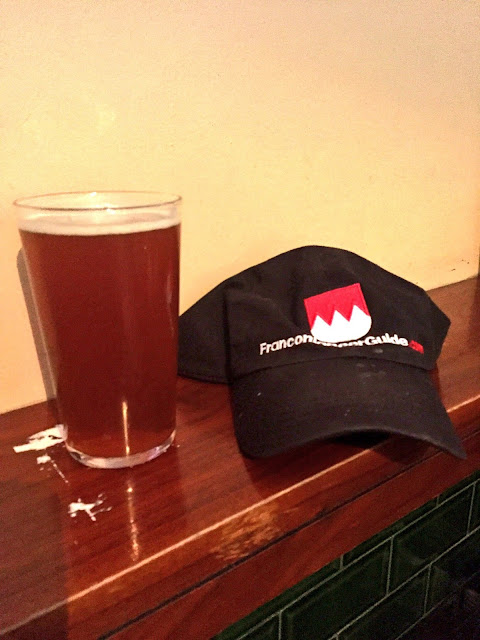 We noticed they had one beer both keg and cask so we decided to order a half pint of each. Tom ordered the cask but I when I ordered the keg version they said it had just kicked. So I had a Redemption Fellowship Porter. which I think I had here last time I was in London. 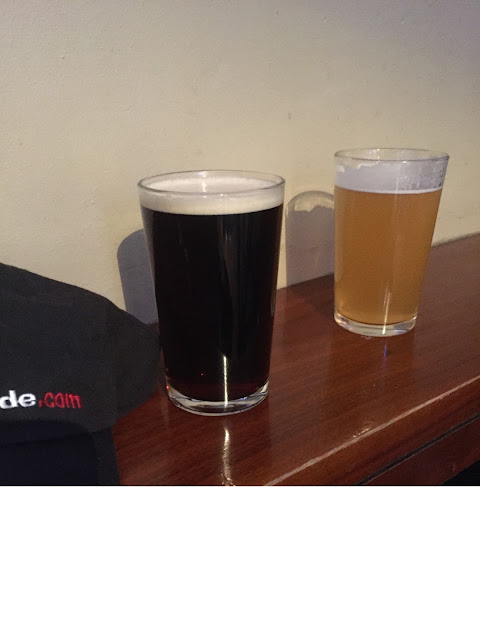 Then it was over to the Bree Louise for some food and a beer. They had a tap takeover from the Tring Brewery so I tried their Red Ride. A nice spicy rye character. 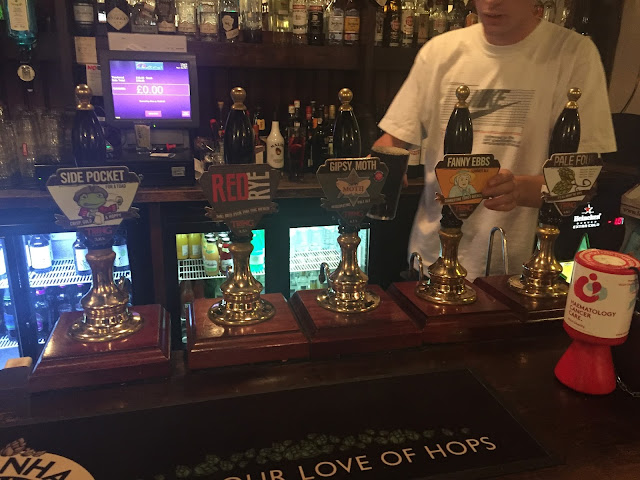 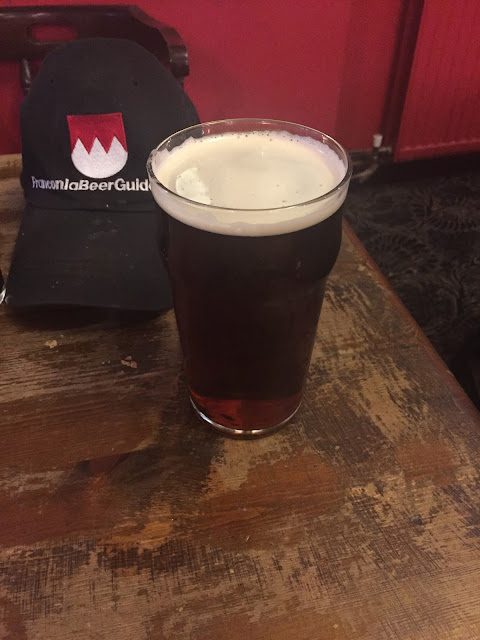 For a night cap we headed over to another new for me place, the Scottish Stores, just around the side of the Kings Cross station. 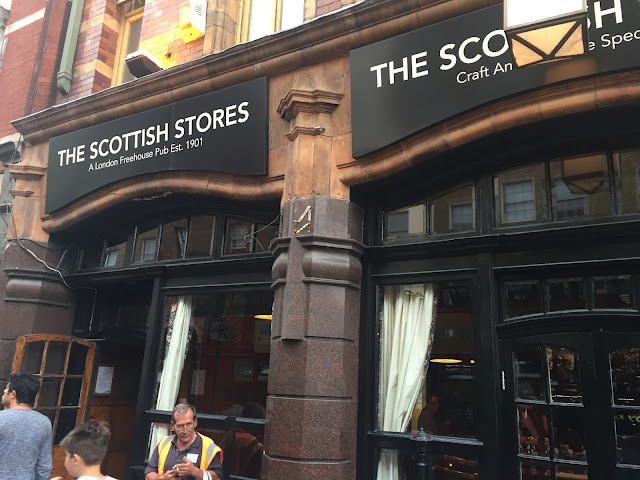 I was warned that the keg beers at the front bar weren't that interesting but to check out the side bar. There I saw an Orbit Citra Kellerbier. Couldn't pass that up. 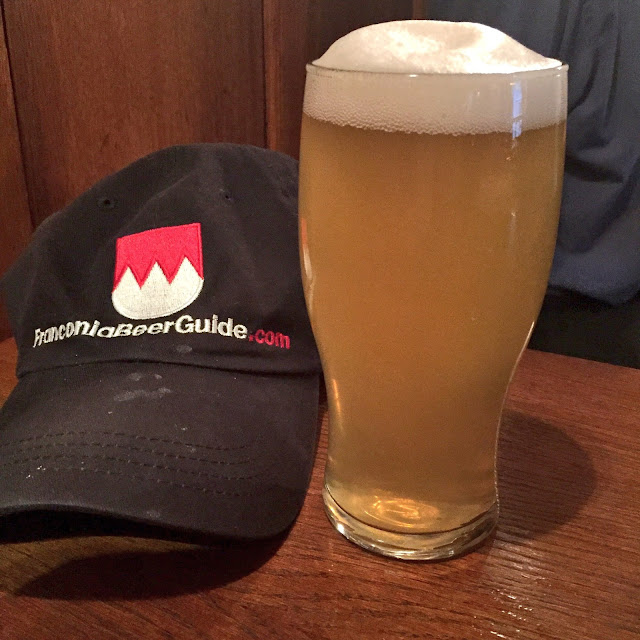 I liked it but it was too much Citra for me, the last third was harder to finish than the first two thirds.

Jet lag kicked in so we called it a night.
Posted by The Mad Brewer at 1:04 AM 30 comments:

Email ThisBlogThis!Share to TwitterShare to FacebookShare to Pinterest
Labels: 2016, London

Beer and Bike Trip About To Start

I'll be riding with a friend from London to York thru Oxford, Birmingham, Derby and Sheffield. And of course drinking beer.

Follow along at www.TheMadBrewer.com
Posted by The Mad Brewer at 11:07 AM No comments: