After a long day (LA -> Seattle -> Amsterdam -> Stockholm) I arrived at my hotel. After checking in and getting settled I decided it was time for a beer. About a block away was Bishop's Arms pub. This is a chain of British themed pubs in Sweden. I had been in a couple in Malmö about 5 years ago so I knew what to expect. 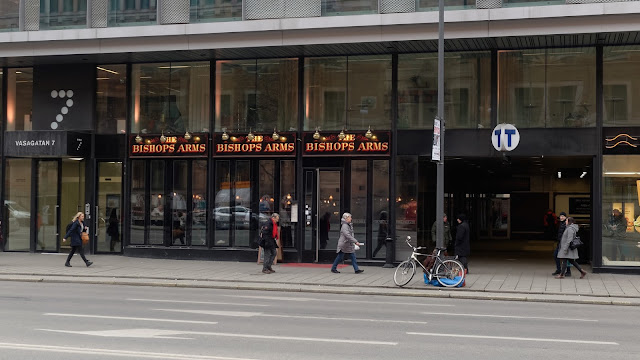 Inside, it could have been a pub anywhere in Britain. The beer list tended towards British (obviously) and American craft beers, with some international industrial beers thrown in. And a few Swedish ones. 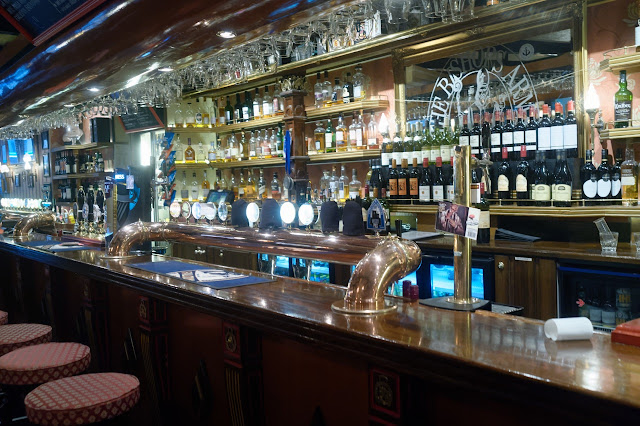 I went with the Oceanbryggeriet Arbetarporter, from Goteborg. It turns out to be a 9% Imperial Porter. Very, very nice. 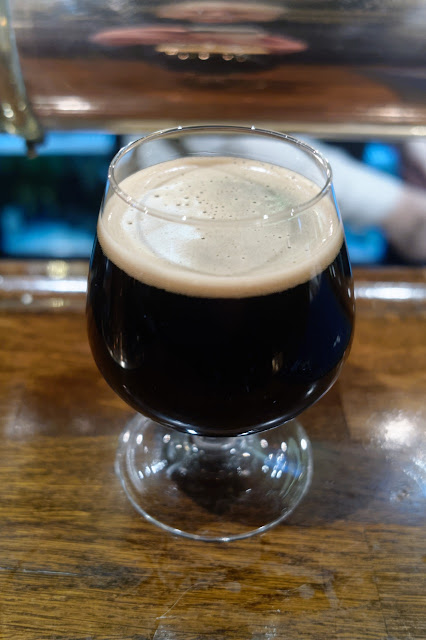 I decided to leave the couple of other interesting Swedish beers for a future visit, and headed off to The Flying Dog, a couple of blocks away. 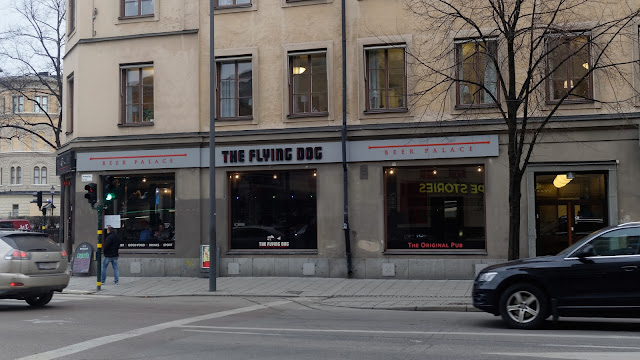 I don't know if there is any formal connection with the US brewery of the same name, but their logo was all over the place. They specialized in American beers with no less that six taps of Ballast Point and five of Speakeasy. Plus a couple of Flying Dog. They did have some Swedish craft beers, though. 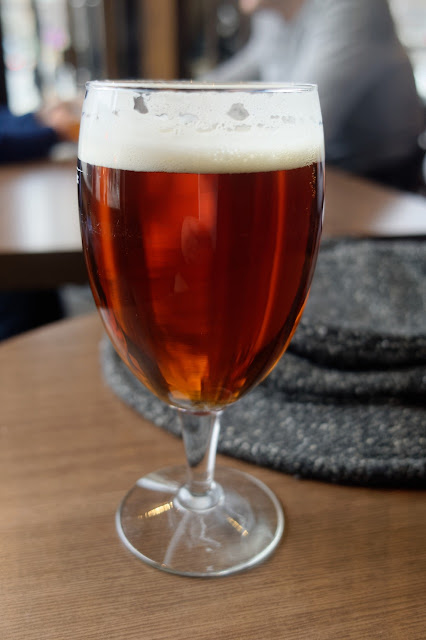 It was very caramelly and biscuity with not a lot of hop flavor but quite a bit of bitterness. It was a very drinkable beer.

I hadn't eaten in a while and the had a planked salmon on the menu to so I ordered it. 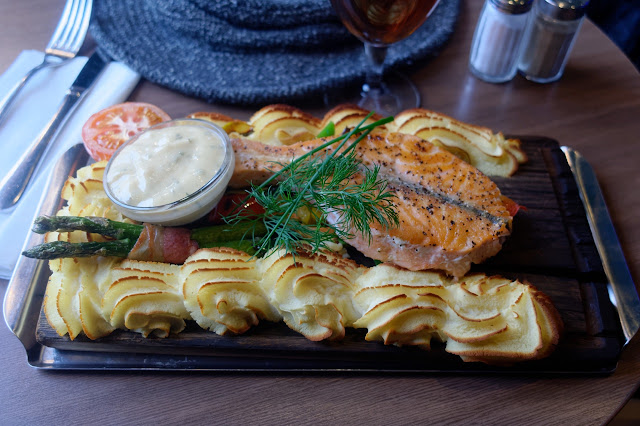 Very nice and hit the spot. I needed another beer during the meal so I ordered a Sigtuna Double IPA. 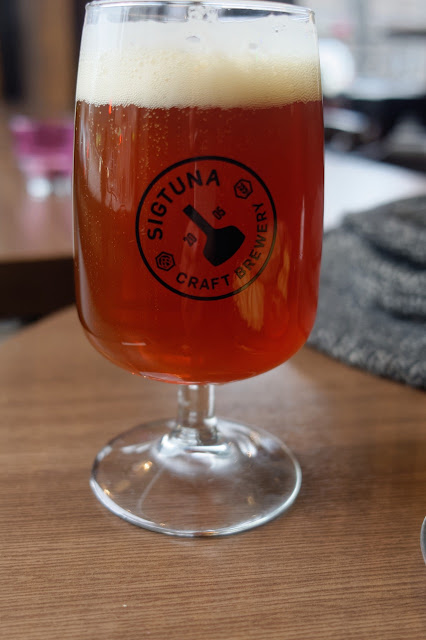 A very nice beer. Lots of hop flavor and bitterness with some sweet malt to back it up. But it's 8% alcohol and the large meal did me in. The jet lagged kicked in and I went back to my hotel and crashed.

Email ThisBlogThis!Share to TwitterShare to FacebookShare to Pinterest
Labels: 2016, Stockholm

... to "research" Swedish beer. Except there is a Franconia Beer Festival on so I my be distracted.

I won't promise to blog, but I will try. But I will be tweeting regularly so you can follow my antics at www.twitter.com/FredWaltman (don't need a twitter account to read).
Posted by The Mad Brewer at 8:48 PM No comments: