Sorry for the light posting -- thanks to LewBrew for putting something up for you to read.

In the morning I am off for a three week visit to the Capital City of German Beer -- no not Munich you tourist -- it's Bamberg.

The first couple of weeks I will be spending the mornings going to German school. If the afternoons, weather permitting, se be spent riding my Bike Friday to nearby breweries and bier kellers (if you don't know what a Franconian Bierkeller is, hang on, you'll get educated next week -- it may not be what you think it is). If you ever thought about learning German or just improving what you learned way back in school, I can highly recommend Bamberg as a place to learn, as well as Sprachinstitüt Treffpunkt as a school.

Evenings will be spent enjoying the local culture -- hanging out in one of the 9 breweries in town (OK, I'll only be visiting 8 as the last one, Kaiserdom, is a large industrial brewery that brews quite ordinary beers, at least by Bamberg standards).

After two weeks of school, I'll hopefully spend the final week riding my bike around to places I missed the first two weeks. Joining me will be my (non-beer-drinking) better half, Pat (a/k/a She Who Must Be Obeyed) so we may be heavier on bicycling and lighter on breweries. Worth it, in any case. 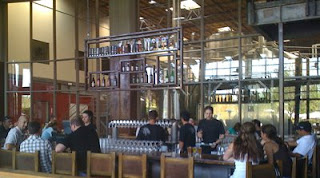 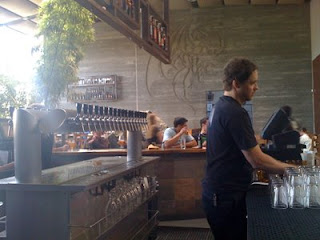 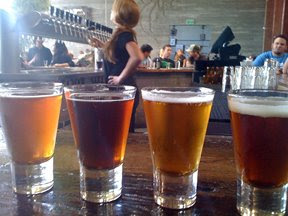 This is a must if you are in north San Diego, they have all the Stone beers on tap, plus an immense amount of guest taps and an incredible bottle selection, and tours of the brewery, food is small bites and larger plates, an eclectic menu. In the stone shop you can get all kinds of stone ware, plus growlers to go (flip top).
Posted by lewbrew at 12:57 PM No comments:

Email ThisBlogThis!Share to TwitterShare to FacebookShare to Pinterest
Labels: Views of Bistro. 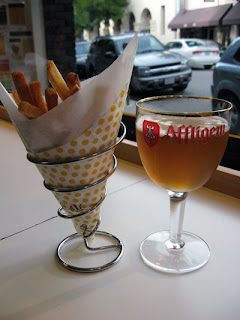 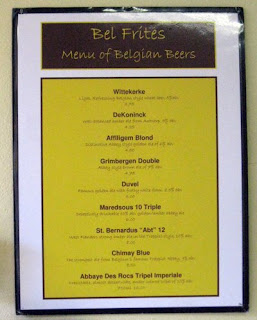 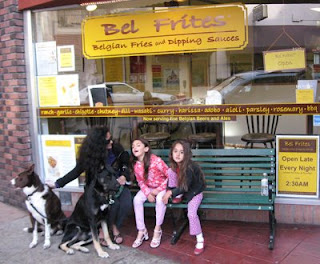 While in San Luis Obispo Stop by Bel Frites, for that fix of belgium beer and Frites, great beer selection and it is next door to the old SLO brewing.