After the De Koninck, I had the St. Bernardus Christmas. 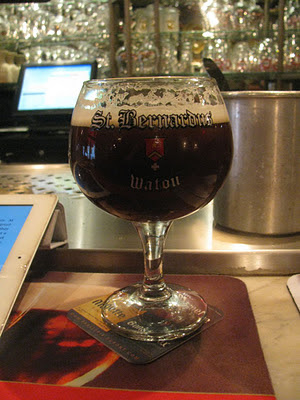 Followed by a De Struise Pannepot Reserve Special (3 years in a port barrel, I was told). Yum. 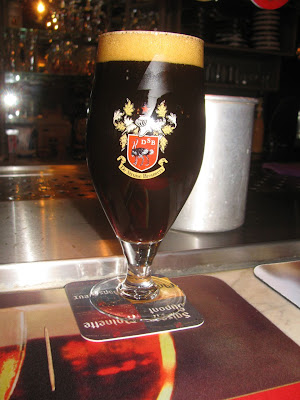 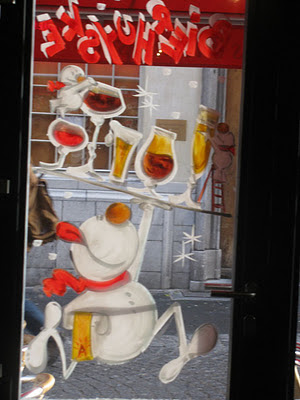 In addition to these taps, there is a separate tap that had the Affligem Christmas. 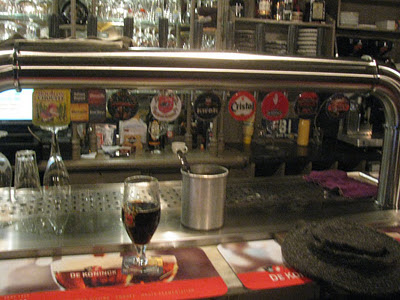 It was getting on time for the Kulminator to open, so I decide to head that way. Went by some more Christmas Markets... 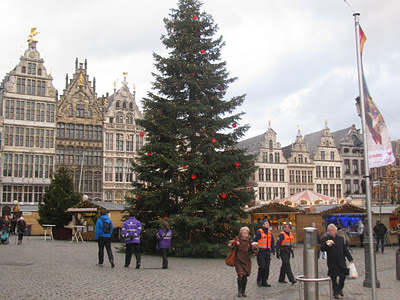 Santa Costumes for everybody! 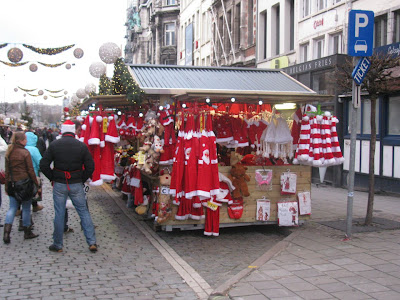 I got to the K. just after they opened. It's always tough to pick the first beer 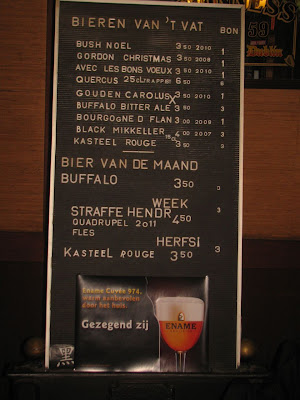 When in doubt, go for a favorite: Avec le Bons Voeux from DuPoint. 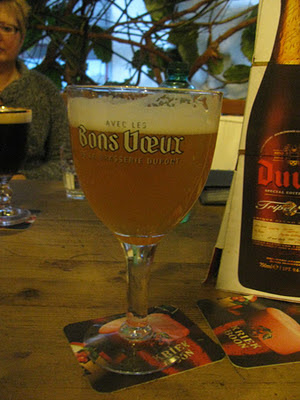 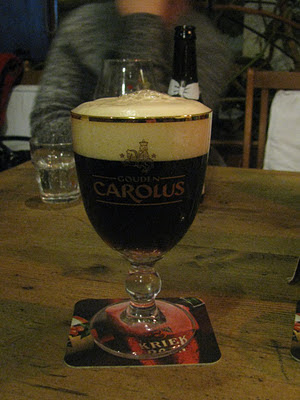 Head that this years Stille Nacht was good, so I had one. It is very good -- and I bet in 10 years it will be a classic. 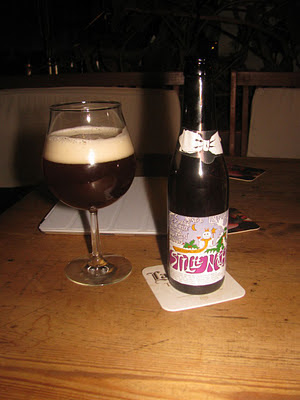 There was quite a bit of buzz in the beer world about the Westvleteren packs being sold in the grocery store. It turns out there are quite a lot of these still available. Also heard a rumor that they were actually brewed at Westmalle. The two breweries to co-operate: Westvleteren uses Westmalle bottles and supposed the Westmalle yeast. Jet lag was starting to kick in so I had a final beer: Straffe Hendrick Quadruple. 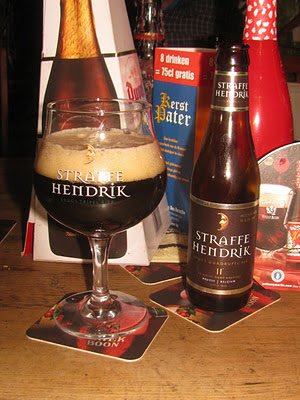 These doesn't show up well in a photograph, but the streets in this district of Antwerp have these great "falling snow" lights. 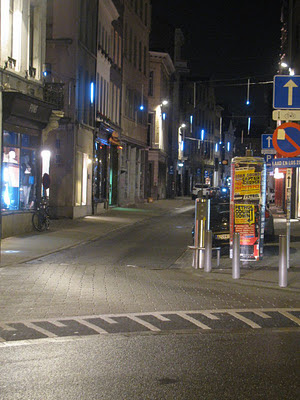 Email ThisBlogThis!Share to TwitterShare to FacebookShare to Pinterest
Labels: 2011, Antwerp