We gathered at the ZOB (Central Bus Station) for our excursion. 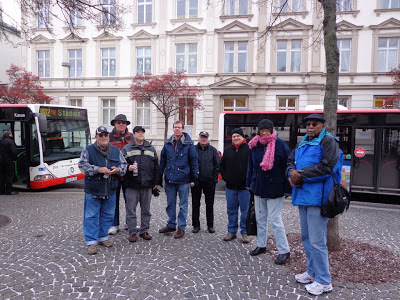 The first stop was Merkendorf, home to two breweries. The first we visited was Brauerei Wagner. 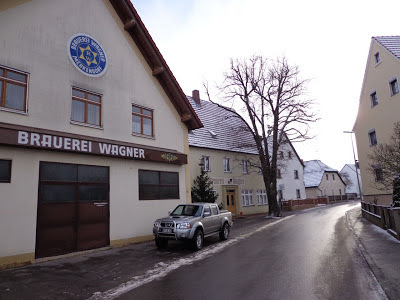 They had an amazing eight beers on draft: Pils, Ungespundet, Märzen, Richard Wagner Dunkel, Pale Bock, Dark Bock, a special beer for the towns 850th anniversary and a wheat beer. All were good. 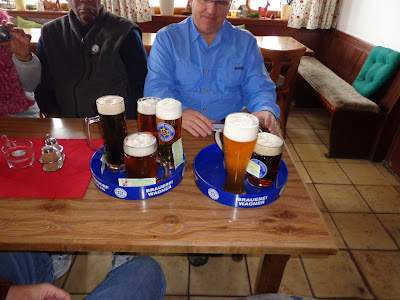 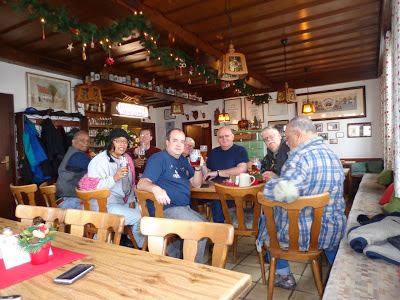 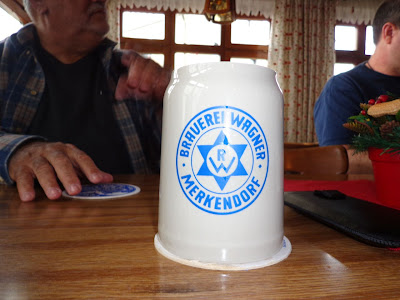 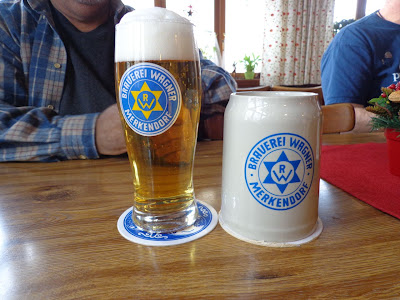 Then we moved down the street to Brauerei Hummel, which had only seven beers on draft: Pils, Kellerbier, Pale Bock, Dark Bock, Christmas Bock, Anniversary beer and a wheat beer. The Christmas bock and the kellerbier were the two favorites. 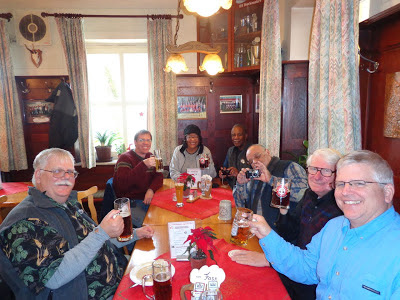 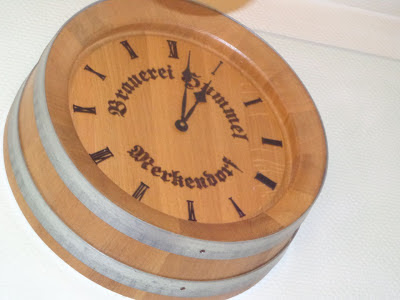 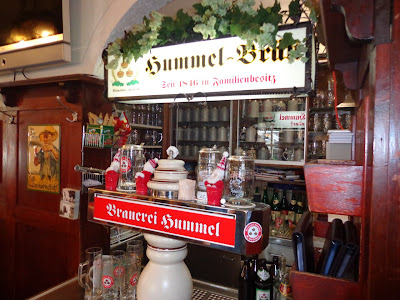 The proprietress asked us our favorites and the brought us a Mass (1 liter) of the kellerbier as a thank you. 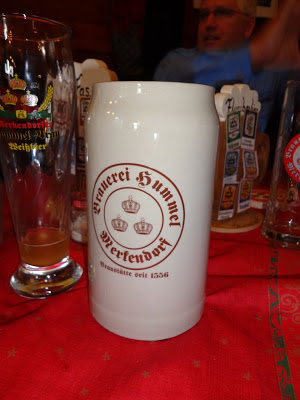 We took the bus back to Memmelsdorf (through which we'd passed on our outbound journey) to visit one of the two breweries there. We skipped Brauerei Höhn for lack of time. We did visit Brauerei Drei Kronen... 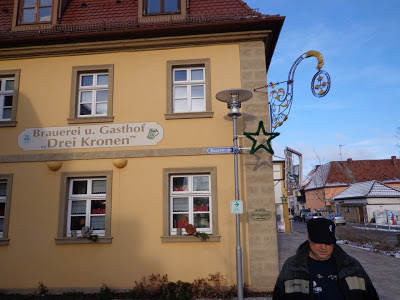 They had three beers on draft, as their season bock had run out already. There was the Kellerpils, Stöffla -- a lightly smoked lager -- and a Lagerbier.


Next we caught the bus to Strassgiech. If we had had time, we could have gotten off in Drosendorf for Brauerei Göller. 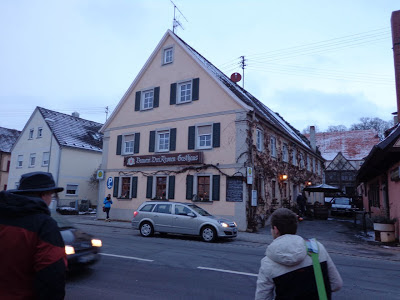 This is the tap room for Gänstaller Bräu. The actually brewery is in Schnaid, south of Bamberg. We started off which either his bock or kellerbier -- both of which were excellent. 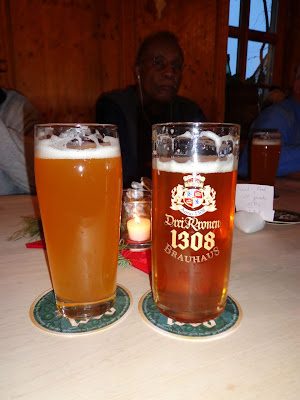 Dinner followed, which for me was the Schnitzel breaded with spent grains in a beer-onion gravy. 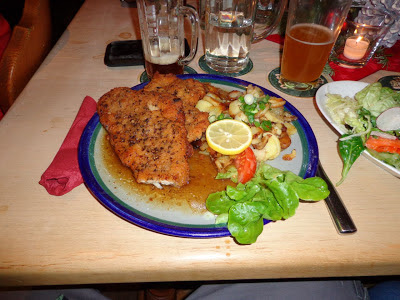 Andy Gänstaller (the brewer/owner) proceeded to bring out samples of seven or eight of his beers in process, including an amazing "Imperial Pale Lager" that would fit in with any West Coast IPA, and a beer he brewed with De Mollen (Netherlands) and Nårke  (Sweden) that was a very dark, 10%  bottom fermented lager. Our friend Gunnar decided it was best called an "Imperial Schwarzbier" which fit is as well as any.

We had long since missed the last bus back to Bamberg, so we ordered a fleet of taxis to take us back. This was one of the better days of all the past beer trips.
Posted by The Mad Brewer at 12:19 AM