After the beer at Augustiner it was time to check in to my hotel. After checking in, getting my computer set up and unpacking a bit, I decide to read for awhile. Big mistake. Three and a half hours later I woke up to find it getting dark outside.
I decide to walk over to the Hacker Pschorr Bräuhas for dinner and a beer or two. This is a "brewpub" run by the Hacker-Pschorr brewery (you'll see why the quotes in a bit). It is right across the street from the Theresienwiese -- the park where the Oktoberfest is held. 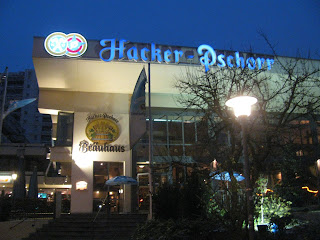 They had two beers on the menu, a Zwickl and a Weisenbier. I started with the Zwickl 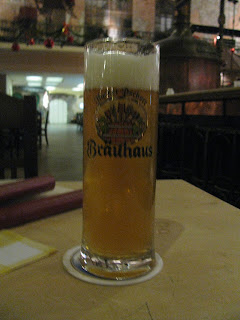 It was clearly unfiltered and had that nice "fresh" taste you get from a good unfiltered lager. A very nice beer.
The menu said they sometimes have a seasonal beer, but not this time, so I went with the Weizenbier 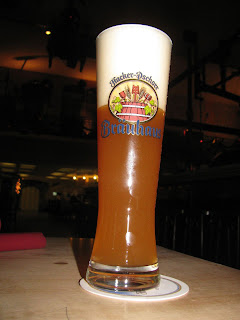 It was decent -- a typical Bavarian wheat beer but nothing to write home about (but I guess I am doing that anyway).
The 20 hectoliter brew system is right in the middle of the main room.  It didn't look like it had been used recently (as it was covered in Christmas decorations), which started to get me a bit suspicious. 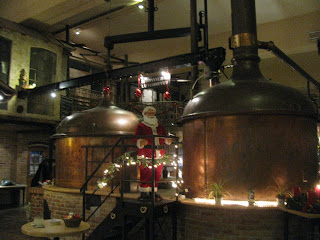 Down in the basements (where the restrooms are) was big glass fronted room with a sign "Gärkeller" (fermentation cellar). There was a row of rectangular, stainless steel open fermenters. All were empty. So either they are about to run out of beer or it is brewed elsewhere. 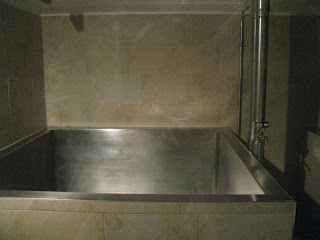 I'll leave you with a couple pictures I took of the Christmas Market near the Marienplatz. Munich seems to go for Christmas in a big way. 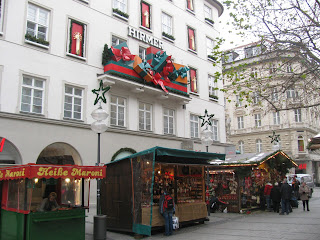 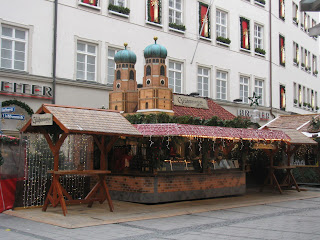 Email ThisBlogThis!Share to TwitterShare to FacebookShare to Pinterest
Labels: 2010, München

Hi there, Love your blog. I am heading to Munich this year for Oktoberfest where would you recommend to stay?
Keep up the great work!
Lucia