Not so many pictures today. Ended up drinking Glühwein at the Christmas markets for most of the evening. So when I do a Glühwein blog, maybe I'll post some pictures.

This is Isar Bräu in the old Isartal train station to the south of the city center. They brew a nice wheat beer here. 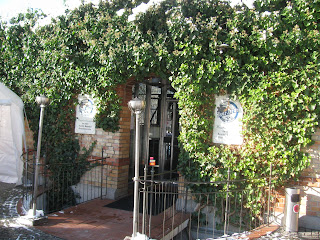 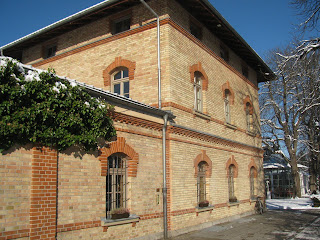 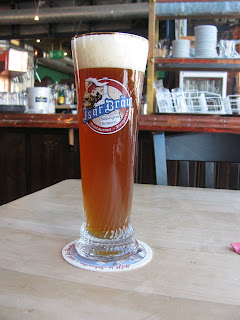 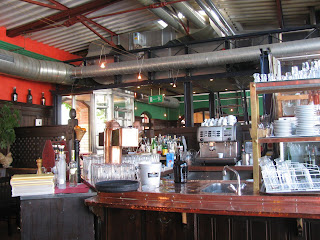 The also sell beers from Hofbräuhaus Tronstein. I had their zwickl. It was not up to the quality of the other twoI had. (Hacker-Pschorr and Paulaner-Thomasbräu). Drinkable but that was about all I could say. 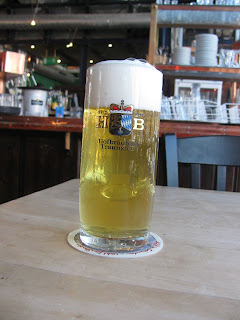 They were brewing when I left, but unfortunately the light was all wrong. 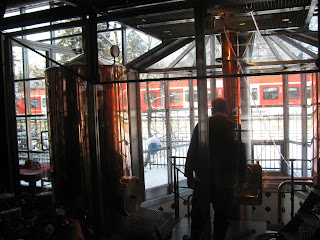 Keeping with the wheat beer theme, I stopped in at the Schneider Weisses Bräuhaus. Until WW II this was the home of the Schneider & Sohn brewery. 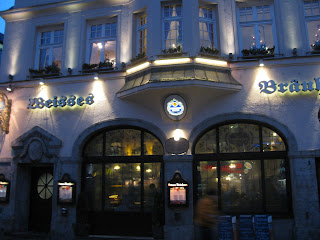 This is "TAP7" -- the original Schneider Weisse. They offered it both on tap and from the bottle (for purists). 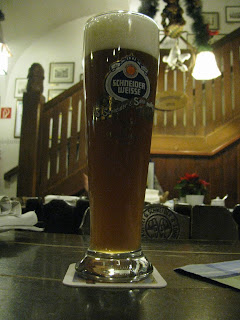 Also on draft was Aventinus. I had a small. A large would have put me under the table. 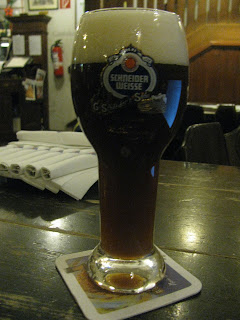 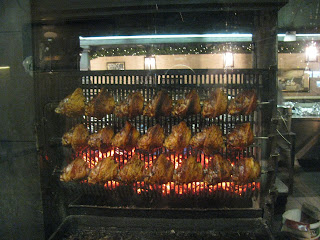 Email ThisBlogThis!Share to TwitterShare to FacebookShare to Pinterest
Labels: 2010, München