After check in my room (Goldsmid House, University College of London) I walk around the corner where there is a Wetherspoon's pub, The Willow Walk

Choosing somewhat at random, I chose the Acorn Brewery Kashmir. It is hard to see in the picture but it has a nice dark red color and was nicely hops (for a British beer). 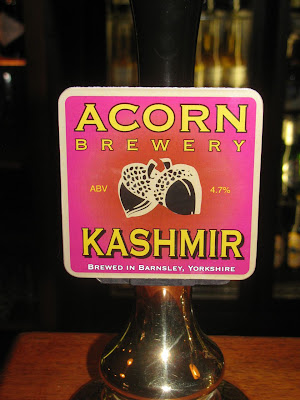 I was waiting for Tom to arrive, so I had another. This time choosing Cotswold Spring's Codrington Codger. 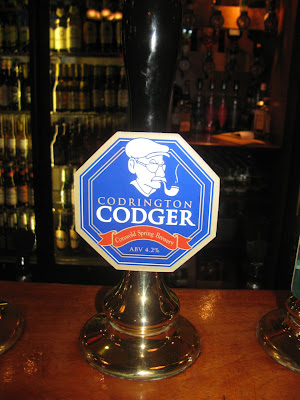 A nice amber beer with a hint of hops in the finish. Just as I was finishing it, in walked Tom. So I had another beer. A Nethergate Old Growler. This was the Champion Winter Beer of 2003

It was nearly 7pm, so some food was in order. We both ordered the Chicken Tikka Masala, a Wetherspoon's standard.

It was still light out, so we walked down the street to a new place, the Cask Pub and Kitchen. It came highly recommended by some local beer friends, and I could see why.

They had a dozen cask real ales and at least that many, if not more, of keg beers, mostly US imports plus a good selection of Mikkeller beers (why nominally Danish, their beers are brewed all over Europe).

An Oyster Stout caught my eye, so I had to try it. It's from the Whitstable Brewery, a small brewery in Kent. It was nice, but not nearly as rich as the Porterhouse Oyster Stout. 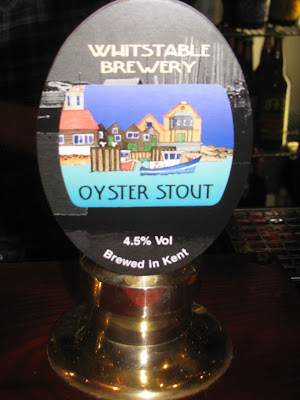 Tom had a Saltaire South Island Pale Ale, a pale ale brewed with New Zealand hops. At only 3.5% it was a very tasty session beer.

Tom was ready to call it a night, but I was up for one  more, so he watched me drink a Dark Star Hophead, an old favorite. It come in at 3.8% but has a nice hoppy finish. But I think the Saltaire was better. 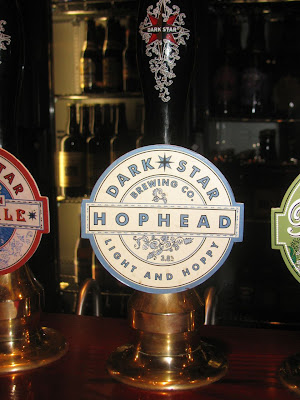 That was it, back to the rooms and a fresh start tomorrow.
Posted by The Mad Brewer at 1:20 AM