Day One in London

We were starting out around Euston Station. We got there sort of early and none of the places we wanted to visit were open yet, so we went to the pub in the station itself. It advertised Cask Marque beers so that usually is a good sign. It was call the Brittania. 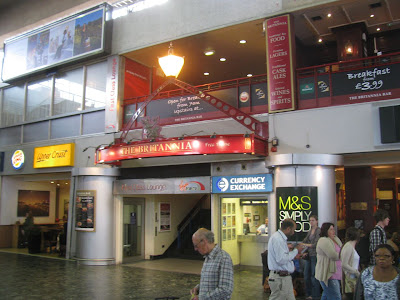 I had the Fullers London Pride and Tom the Greene King IPA.  It may have been just the first beer of the day syndrome, but neither was that great. Not bad, just not as good as we usually expect for these beers. 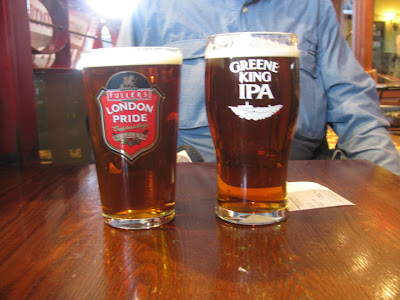 Outside the station is a little building that I'm sure I've walked by many times and never noticed. It now is a quite nice (but very tiny) pub call the Euston Tap. 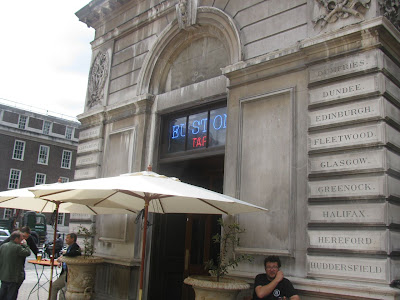 The had a good selection of keg beers (mostly imports) and a bunch of cask beers. The day before was a wheat beer festival so wheat beers were overly represented. 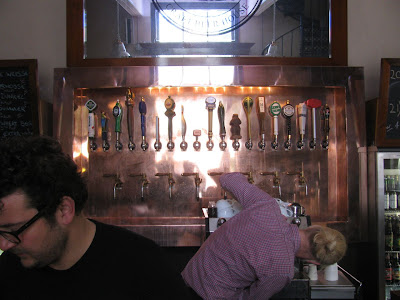 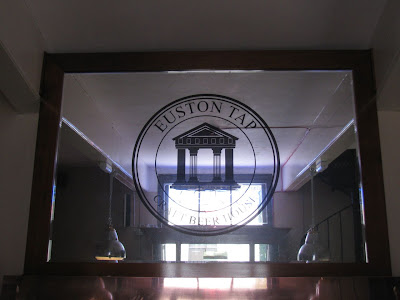 I had a Tipples Lazy Summer, Tom had Otleys O-garten. Both were good but his was better. 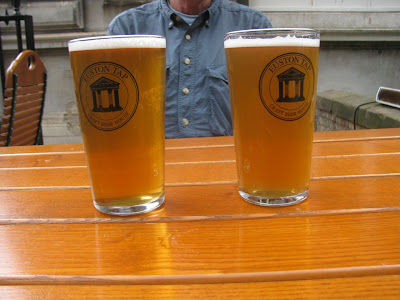 Since they had a bunch of wheat beers we tried a couple, Schneider Weisse and Thornbridge Versa Weizen. The Schneider was excellent as it always is. I was surprised that the Thornbridge stood up so well. It
Across the main entrance to Euston Station is a similar little building. It is the future home (another month or so) of the Cider Tap -- 16 ciders and tap/cask. Something to look forward to on the next trip 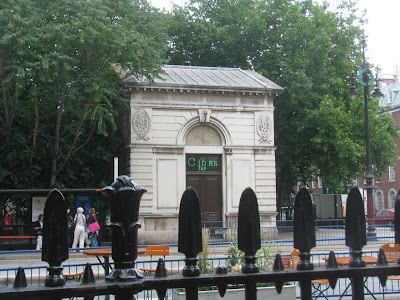 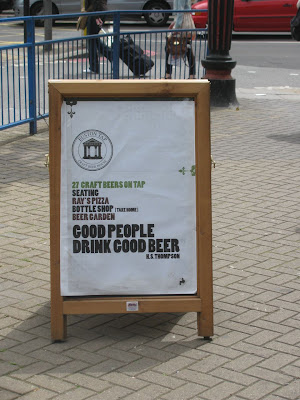 Next stop was the Bree Louise, pretty much just around the corner. 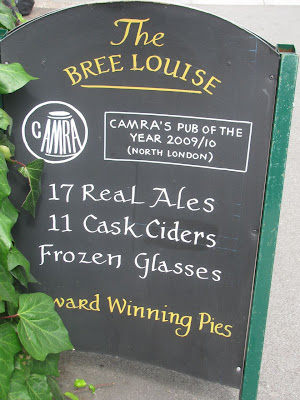 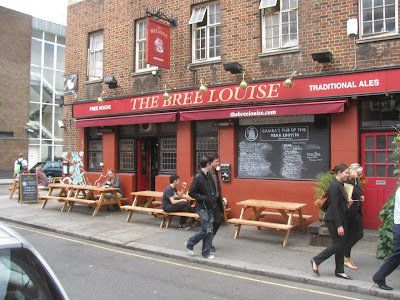 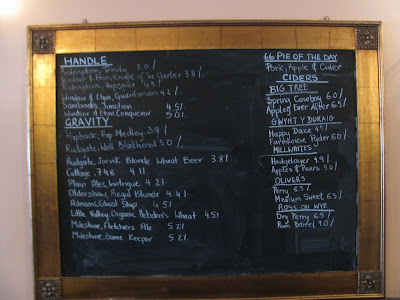 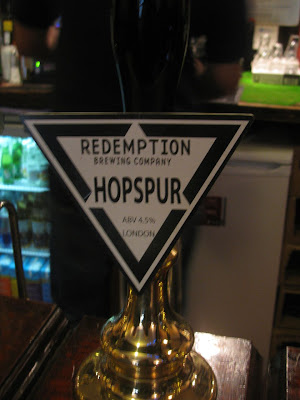 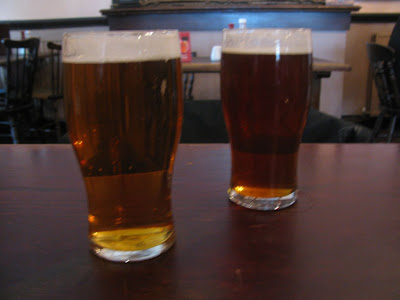 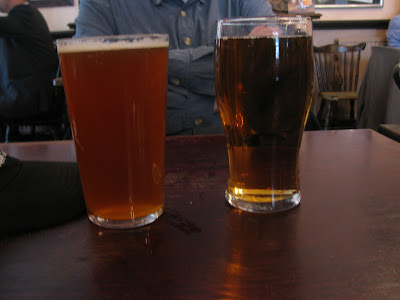 The Ye Old Mitre in Hatton Gardens is one of our old favorites. A few years ago it became a Fuller's pub but they still have a bunch of Guest Ales. It is hard to find, down a little alley with not much to mark it from the street. 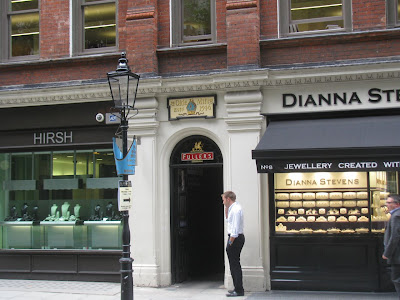 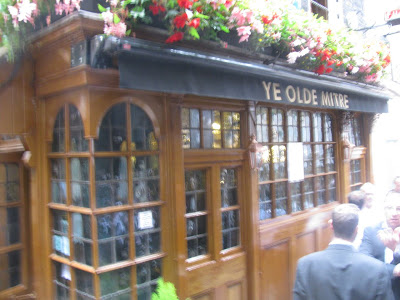 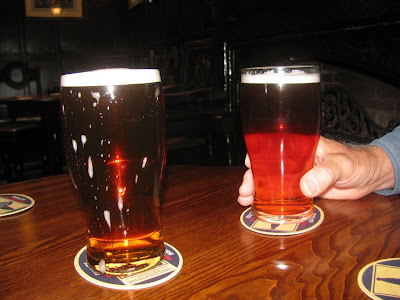 A short walk away is London's newest great pub, The Craft Beer Company. It's been open about a montth. It is a sister pub to the Cask Pub and Kitchen where we ended the night yesterday. Similar draft range (lots of Mikkeller) but a different cask ale selection. 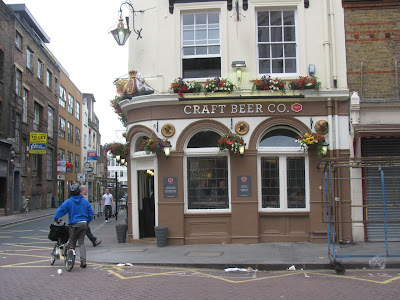 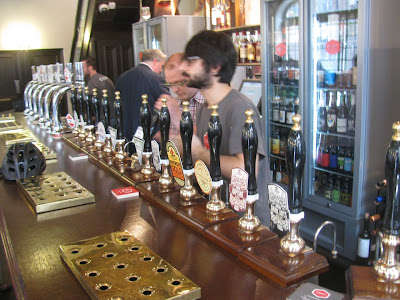 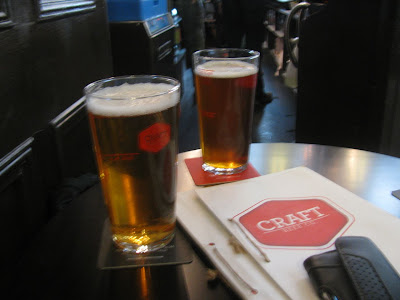 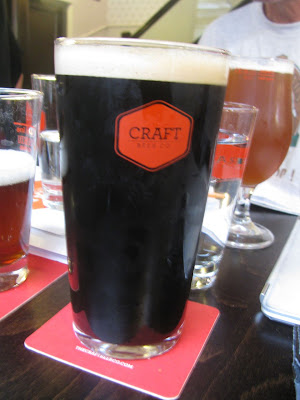 Finally, we walked over towards Barbican to check out another new (for us at least) place called the Old Red Cow. Our local friends were excited by the keg beer selection but there were only 4 handpumps and  one was out, so the cask selection was a but thin. It seemed a nice pub and I had a good fish & chips so for a local (who wants a glass of draft Sierra Nevada Torpedo IPA) it could be a good place. 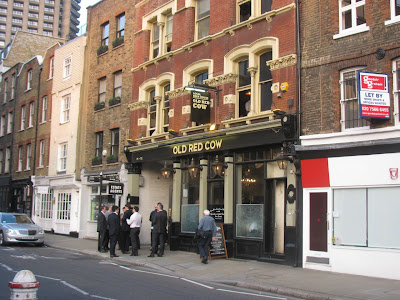 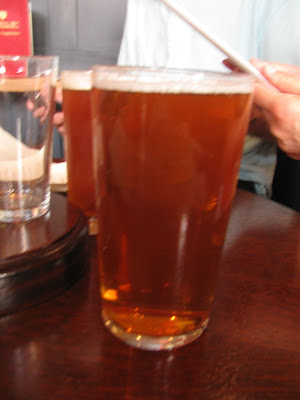