This flight was uneventful, only about 10 minutes late. Found the hotel, checked in and the headed out for a beer or six.

First stop was Brew Pub Kobenhavn. It was opened last time I was here but I don't remember it at all so I must have skipped it. 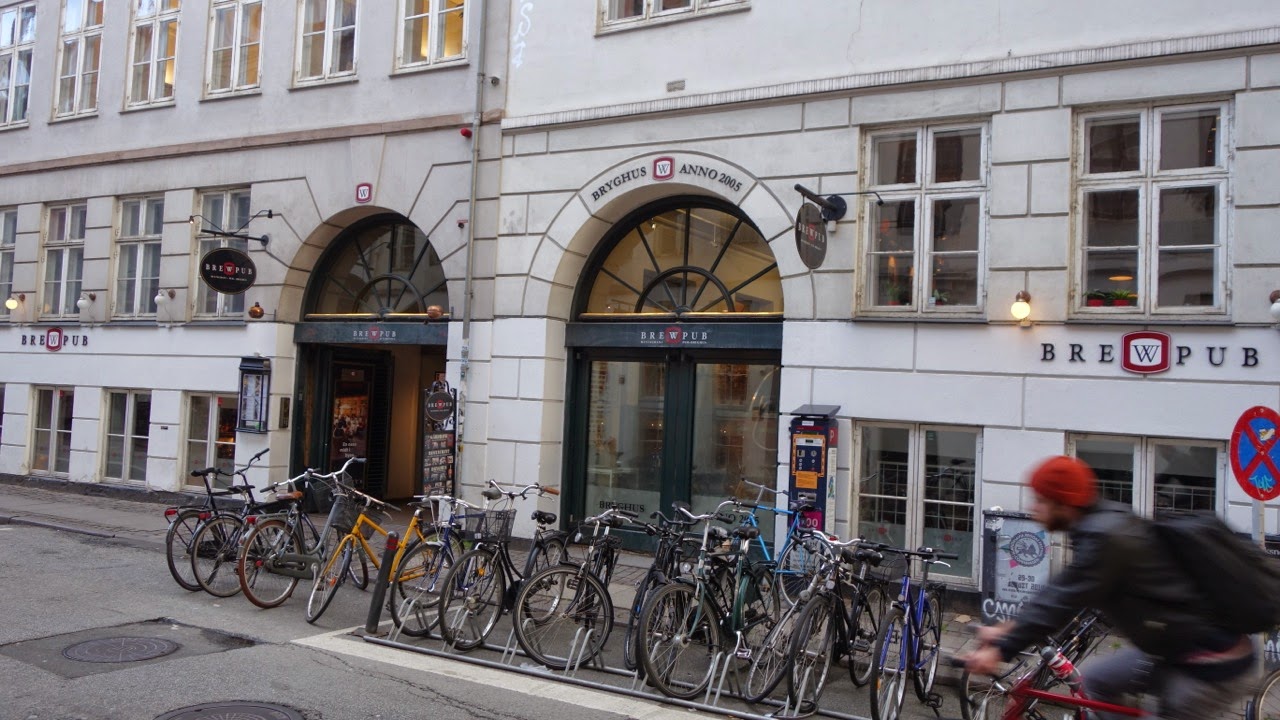 They had 7 "ordinary" beers on tap and 4 or 5 "specials". You could get taster set of 5 of regulars so I went with that. 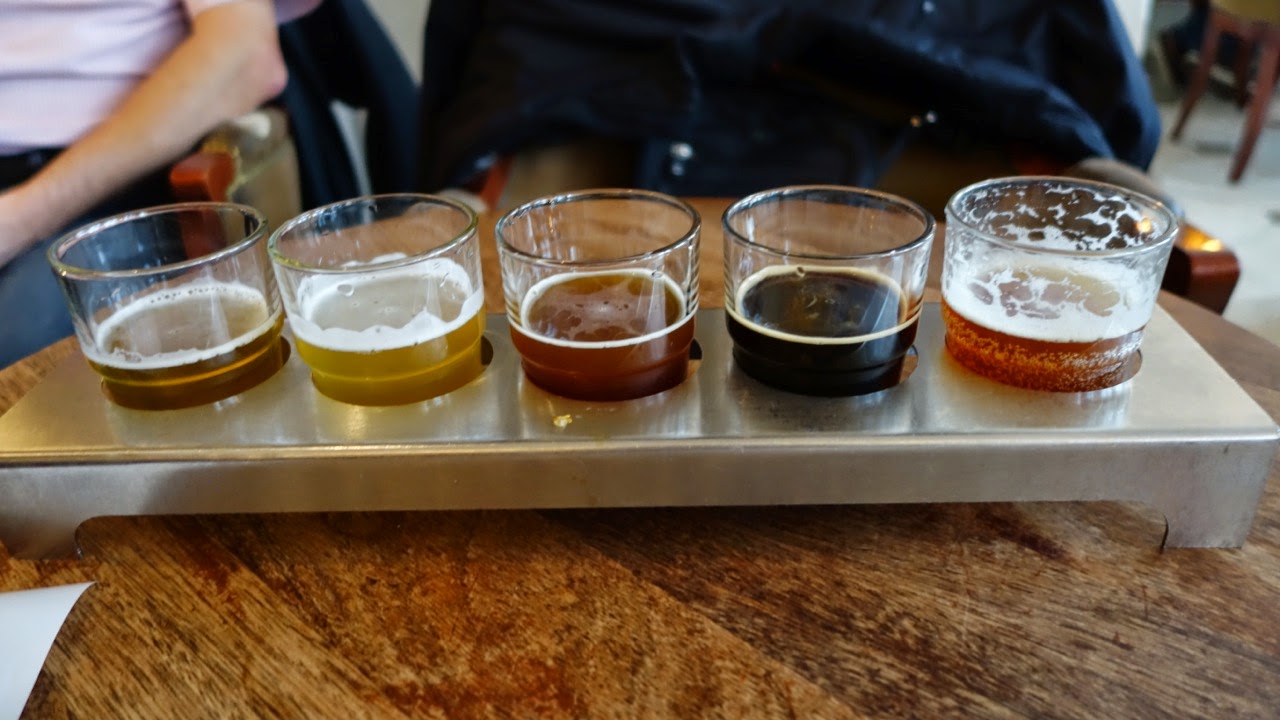 All were well made and better than the average brewpub beer. The specials were mostly sour beers of some sort, I 'll have to come back for those if I have time. 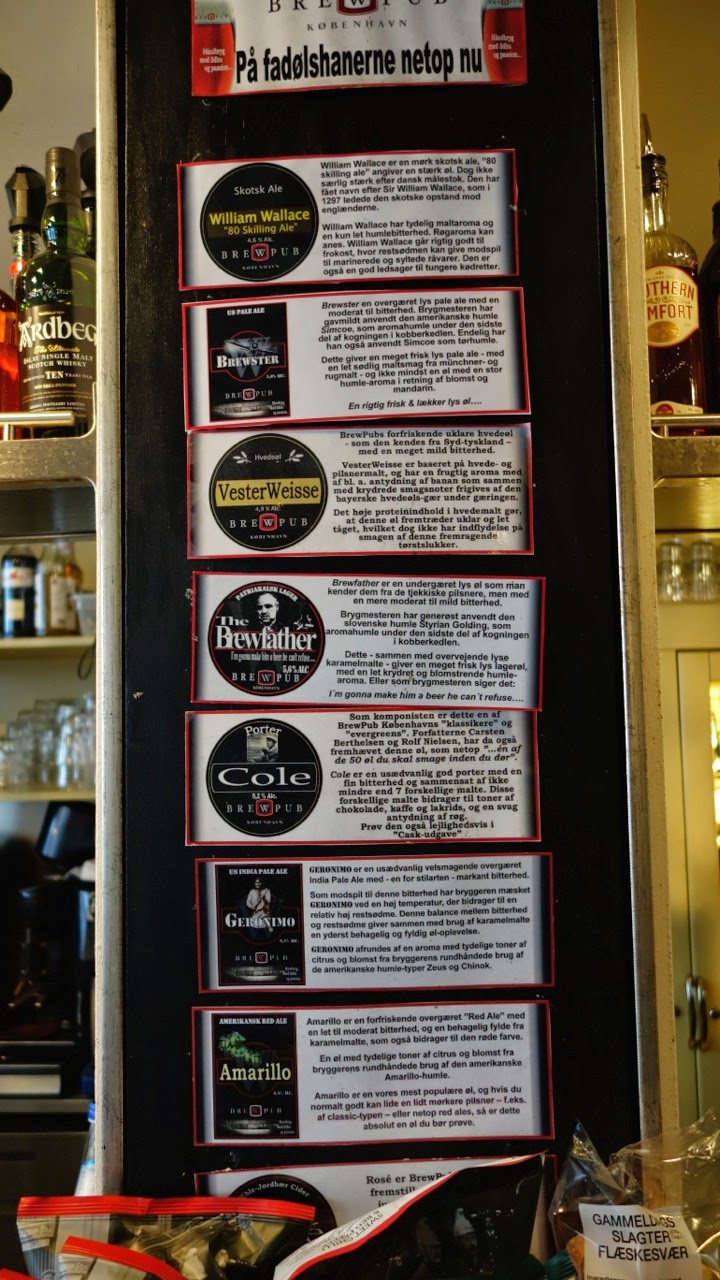 On the way out I spotted the brewery. It did look used, so it wasn't just for show. 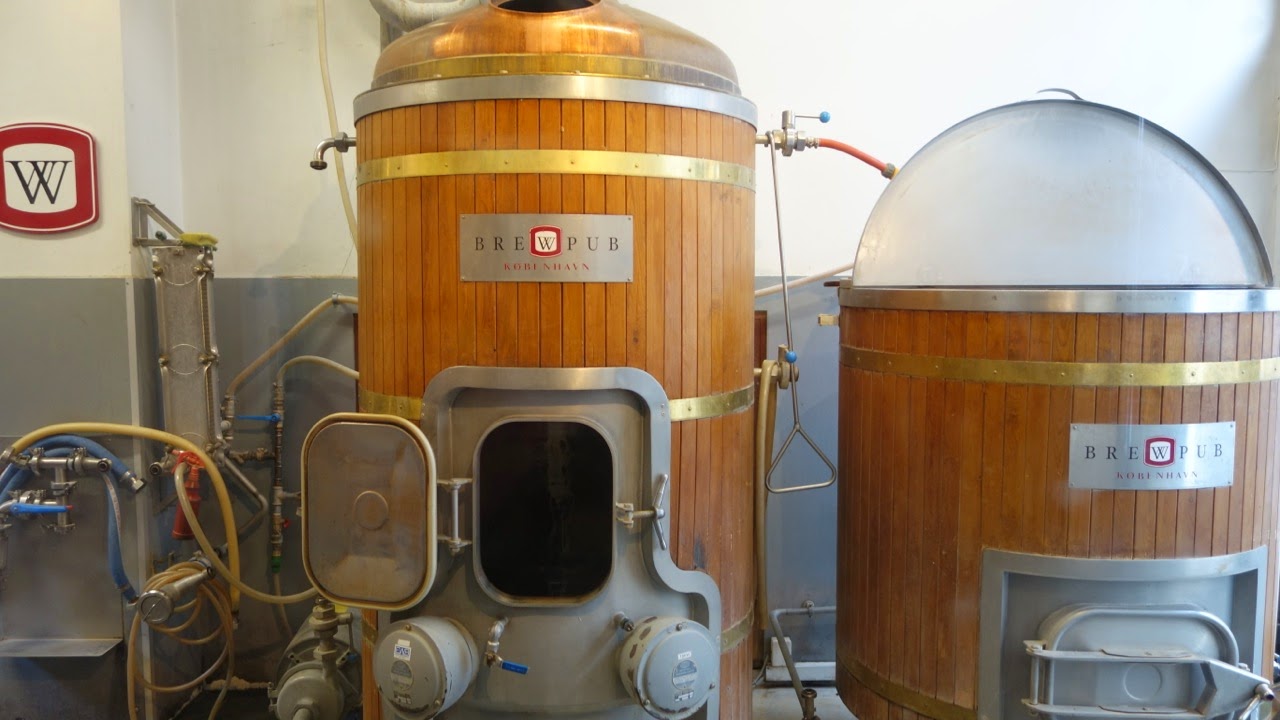 Nearby is a new place, the Taphouse. They have 61 beers on tap, (which they claim is a European record) typically about half of them Danish. 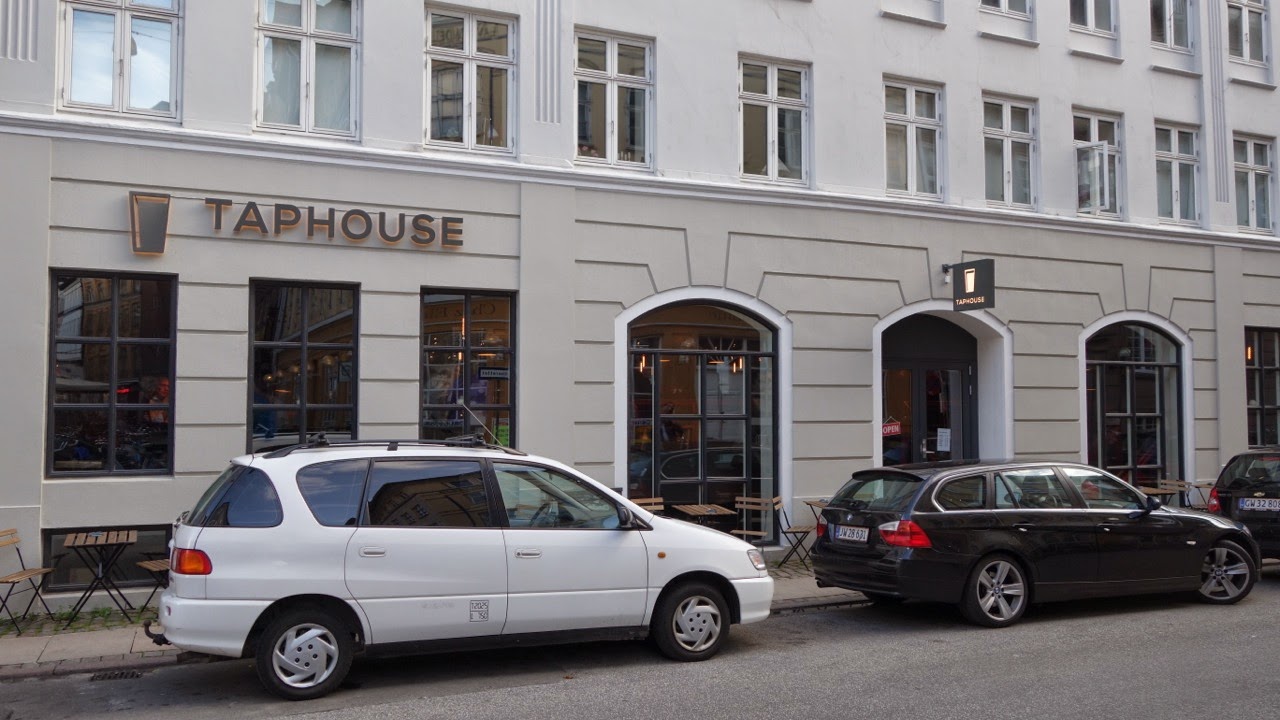 They also do samplers, which was great because otherwise it would take a while to work thru all the beers. 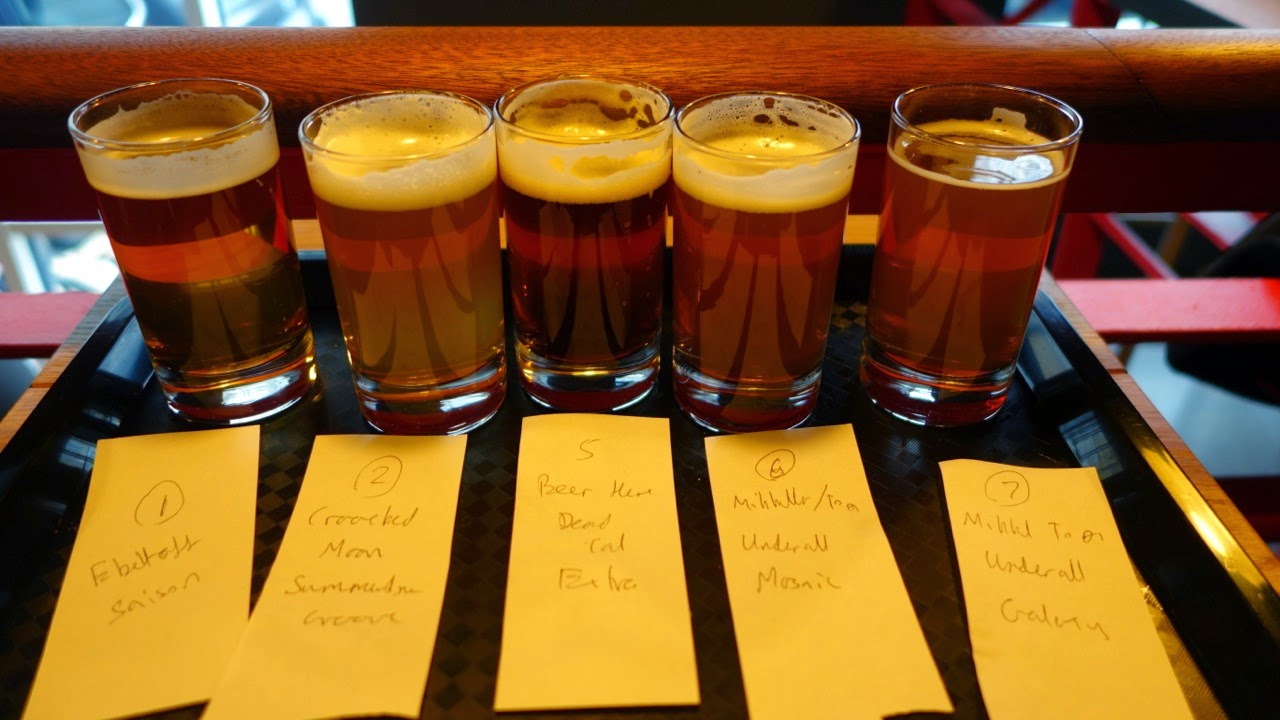 All were very tasty and all around 5% alcohol. The Dead Cat Extra was probably my favorite. 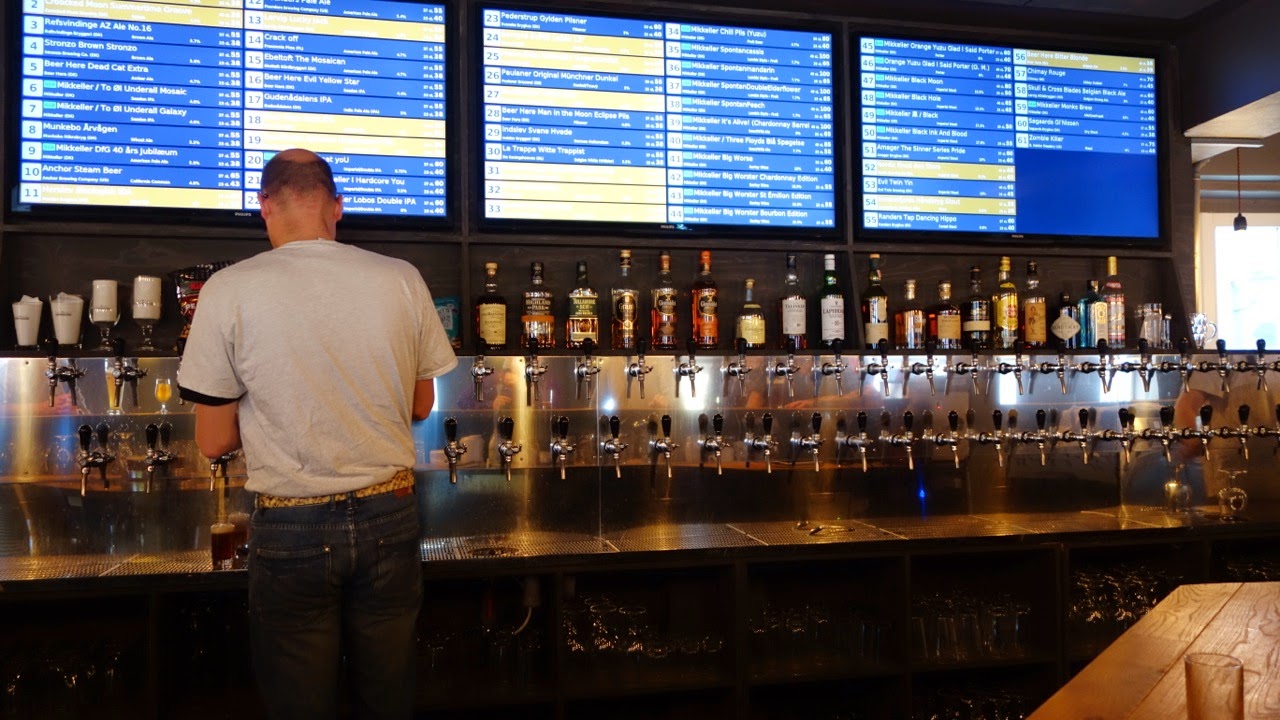 The setup is quite high tech with video monitors showing the beers. During happy hour the specials are color coded. You order by number which helps us foreigners from mangling more Danish than we need to. 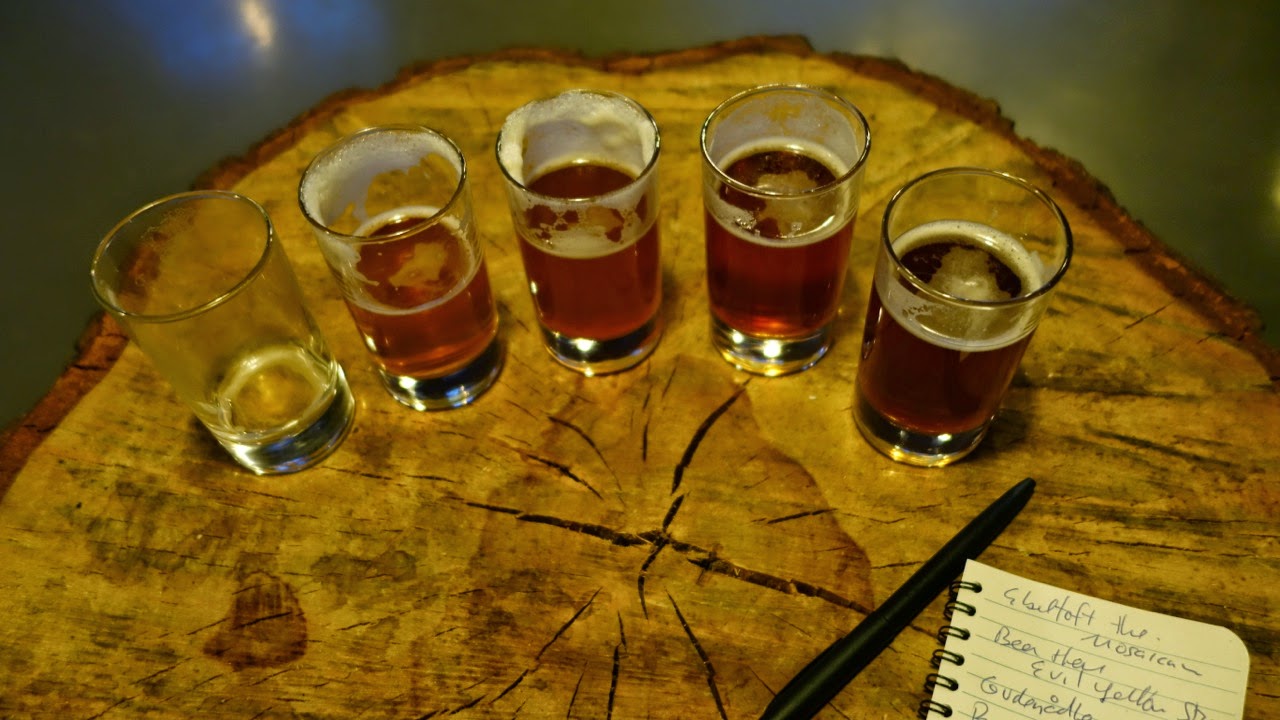 Second flight was: Ebeltoft The Mosaican, Beer Here Evil Yellow Star, Gudenåndlans IPA, Beer Here Høst IPA and Syndiketet Spionen Undercoder IPA. Again all where tasty a the IPA's were of the "Session" variety, all around 5%. The Undercover IPA was my favorite, but all where good. 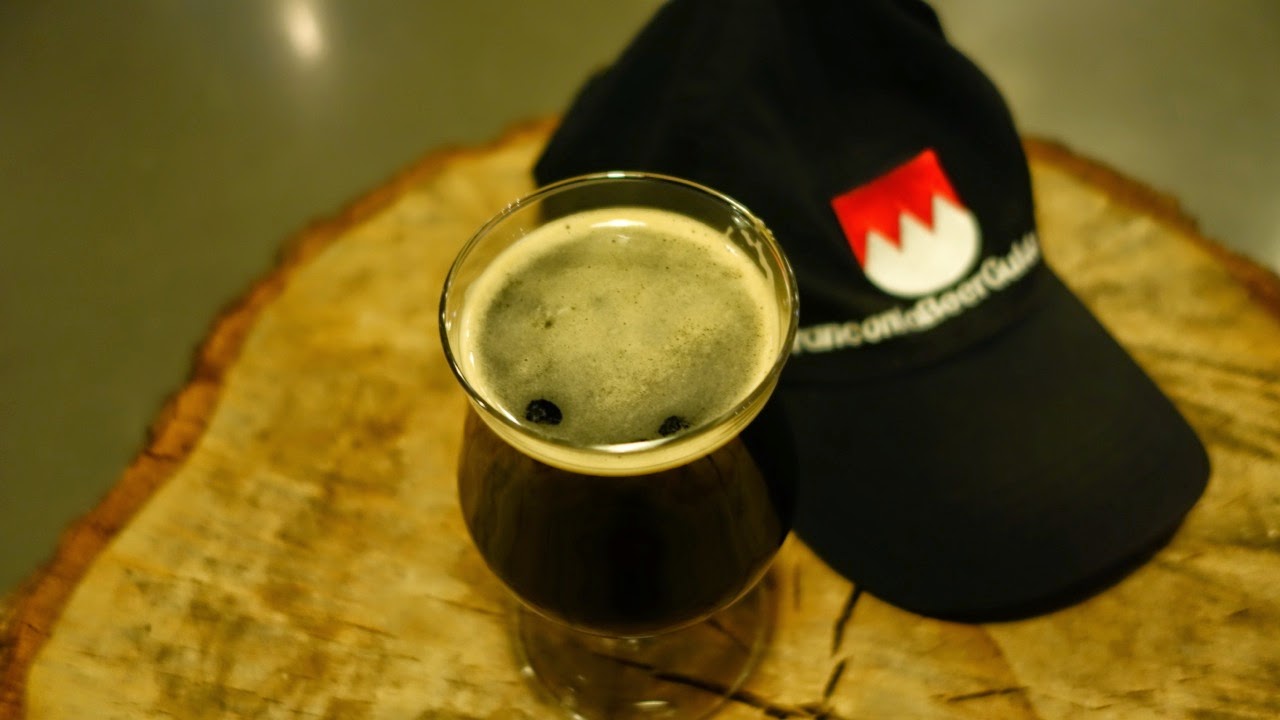 For a final beer, I decided to go dark and strong, Noridc Brewing Knud den Store, a 9.1% Imperial Stout.  Delicious!

It was still early, so I walked over to another new (for me) place in Vesterbro called Fermentoren. 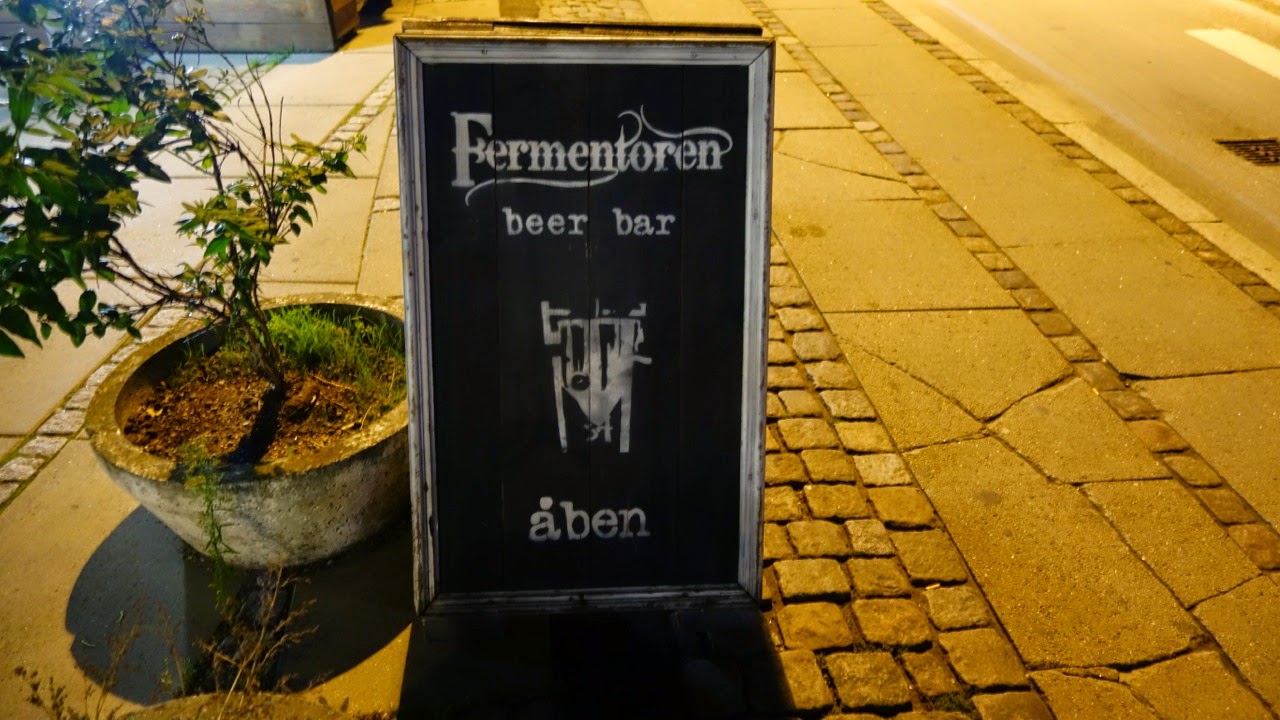 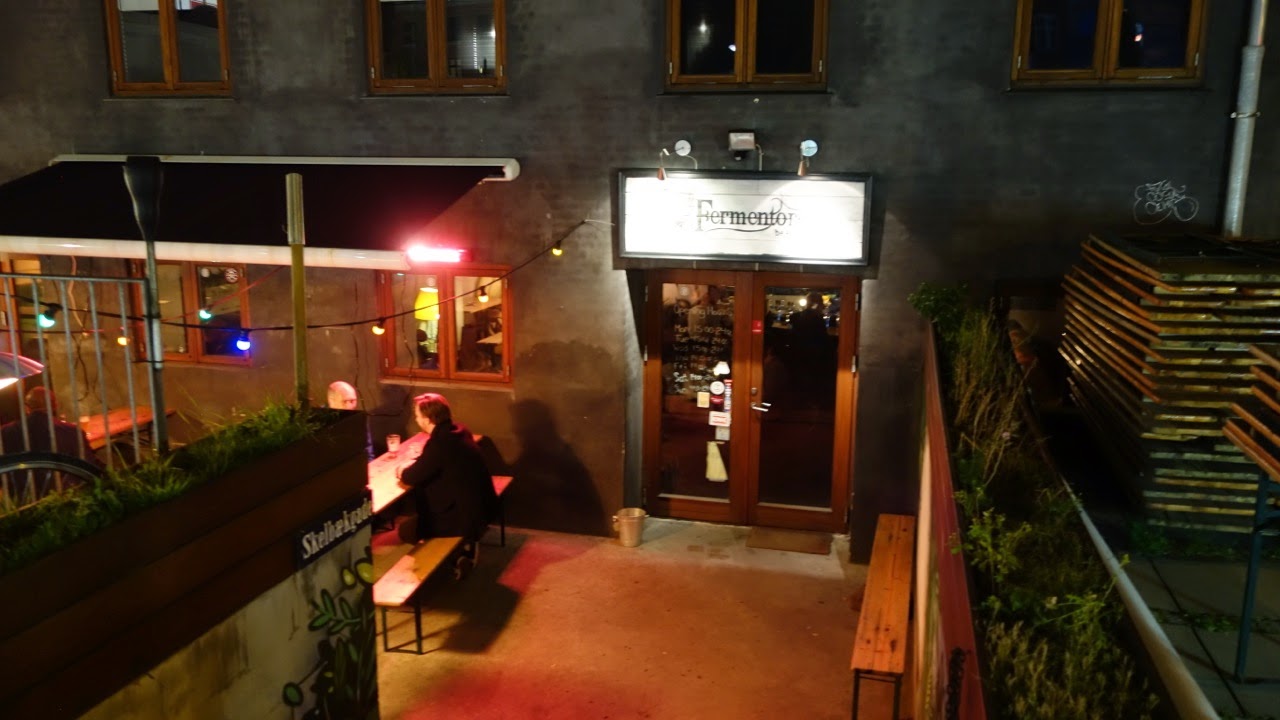 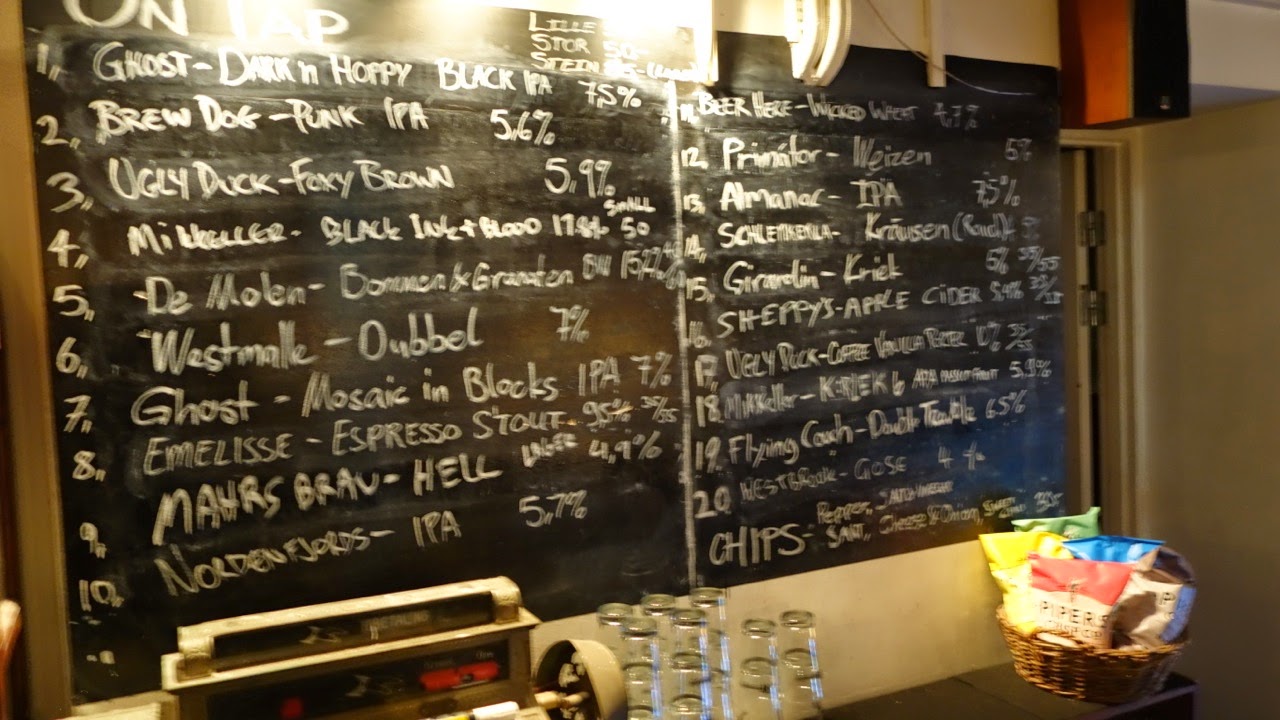 Lots of choices there and a tough decision...

The insides were fairly small and very crowded, so I took my beer -- Ghost Brewing Dark 'n Hoppy and went outside. Ghost is another Copenhagen gypsy brewer (that is, someone who doesn't actually own a brewery). 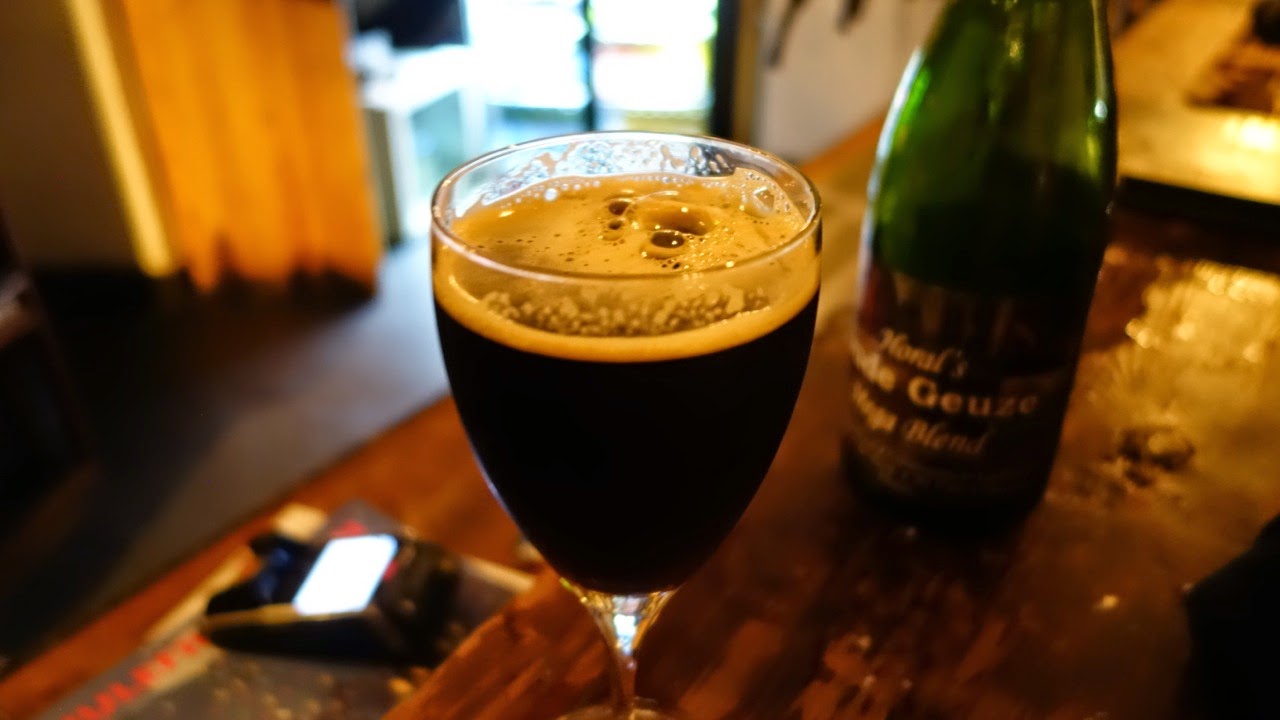 I decided it was getting time to call it a night. On the way back home I passed by the Mikkeller Bar, their first pub in Copenhagen.

Staying on the theme, I had a X-Imp Kakao, only 16%. A nice chocolatey night cap. 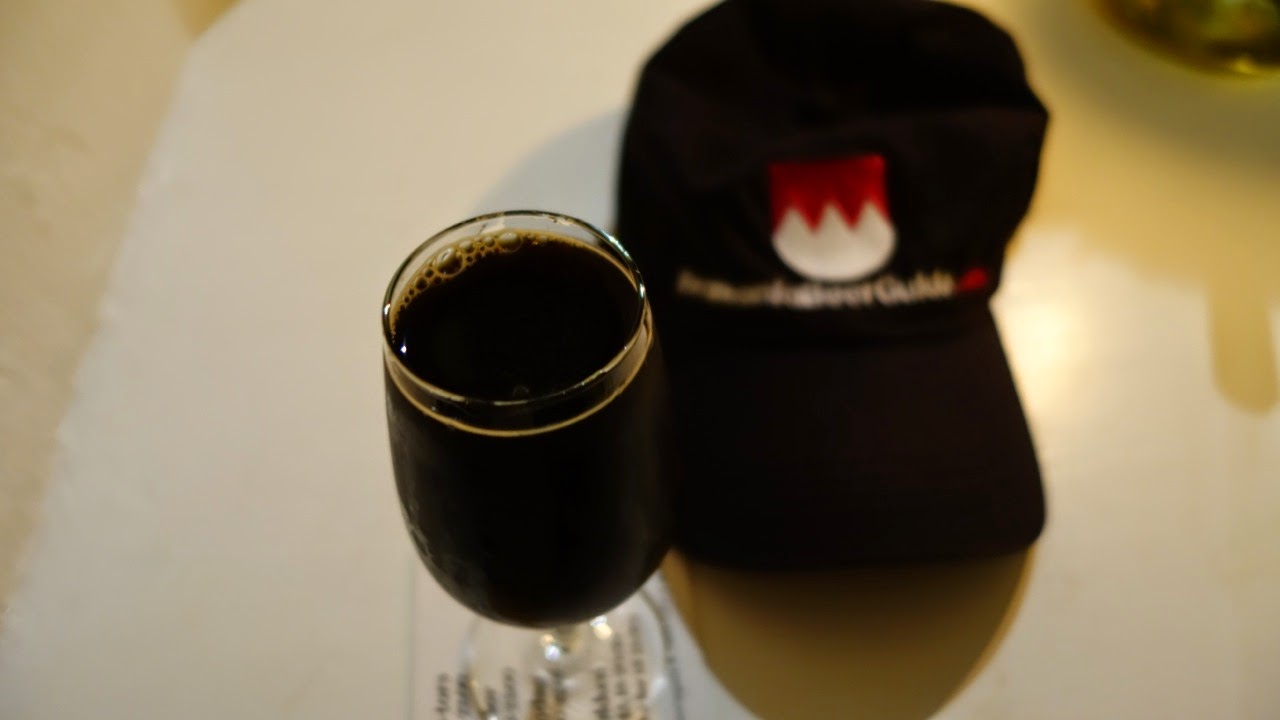 Email ThisBlogThis!Share to TwitterShare to FacebookShare to Pinterest
Labels: 2014, Copenhagen