First stop was The 108 -- the latest (number 6) Galway Bay Brewery pub in Dublin. 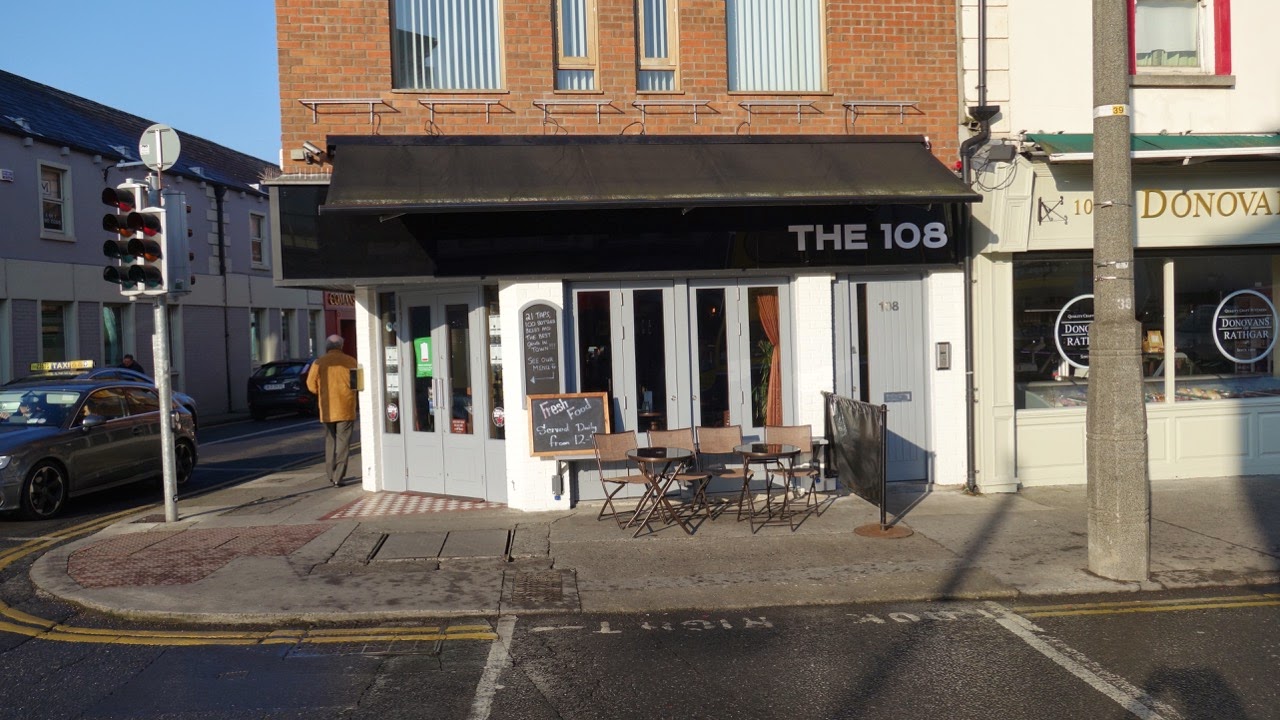 I started off with their Stormy Port Porter, a solid porter but not spectacular. 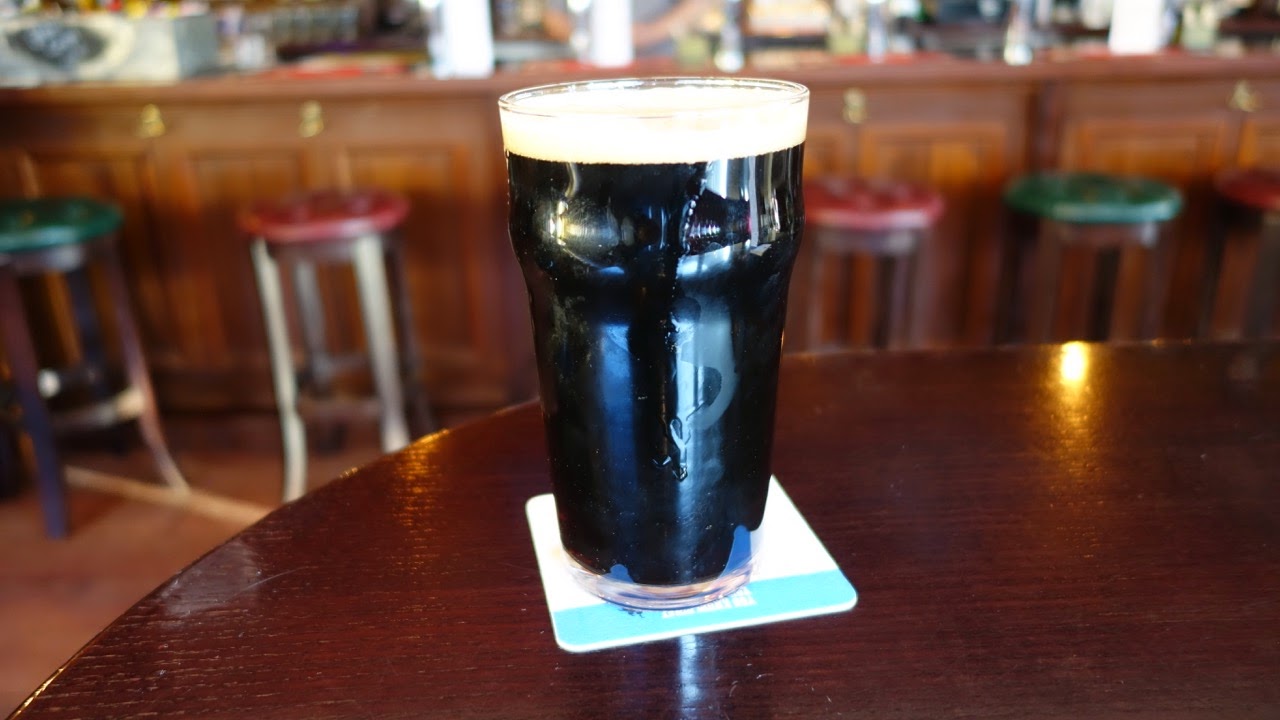 The 108 has a much cozier atmosphere than their other Dublin pubs (which tend to the sparse side). 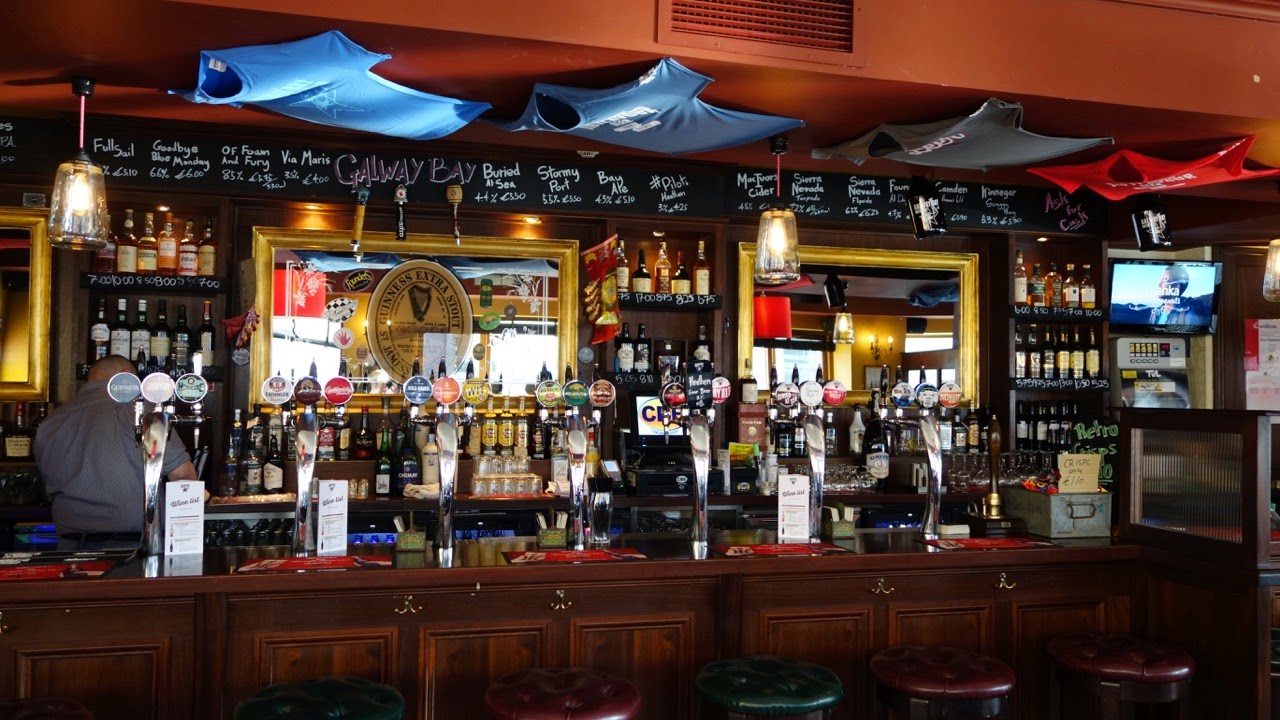 I should have checked the taps more closely -- they had the Via Maris, which they call a "Table Beer." It s 3.5% and reported to be quite tasty. I can confirm that. It was hoppy enough I think you could call it a "Half IPA." 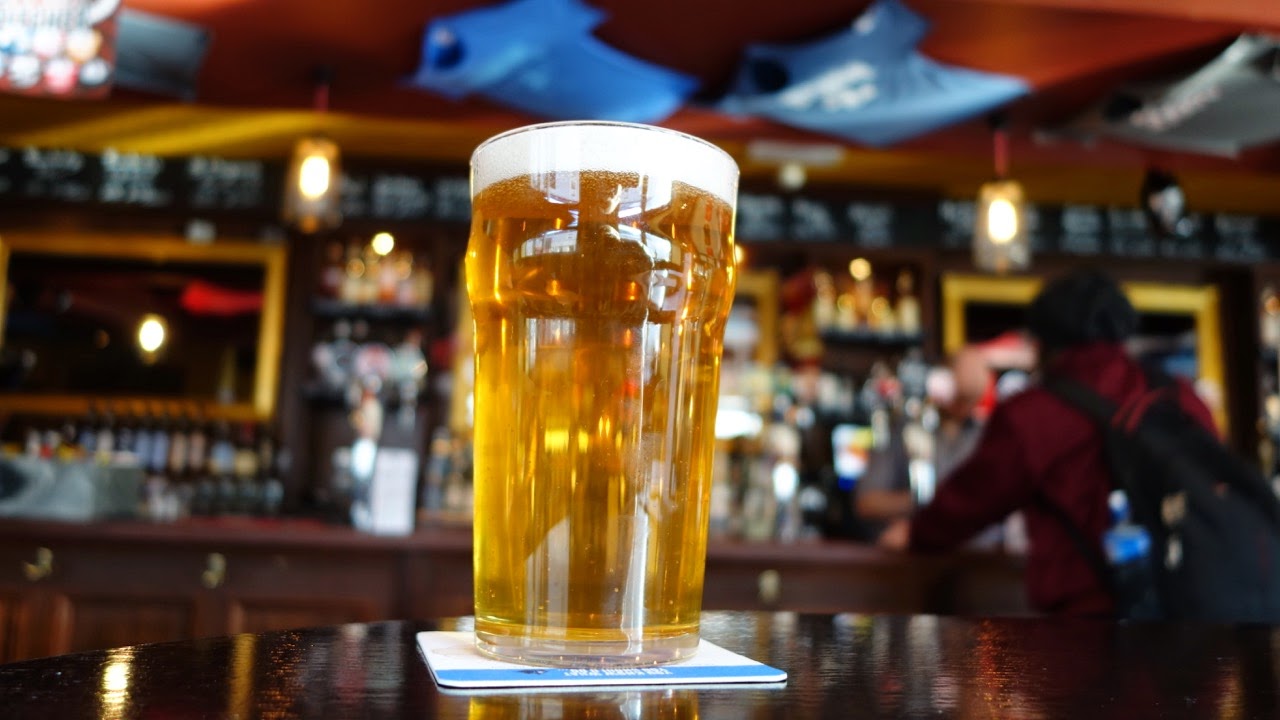 Next I tried their experimental sour beer -- Heathen. It is only 3% and I was surprised that it was quite dark. I chickened out and only ordered a half pint. 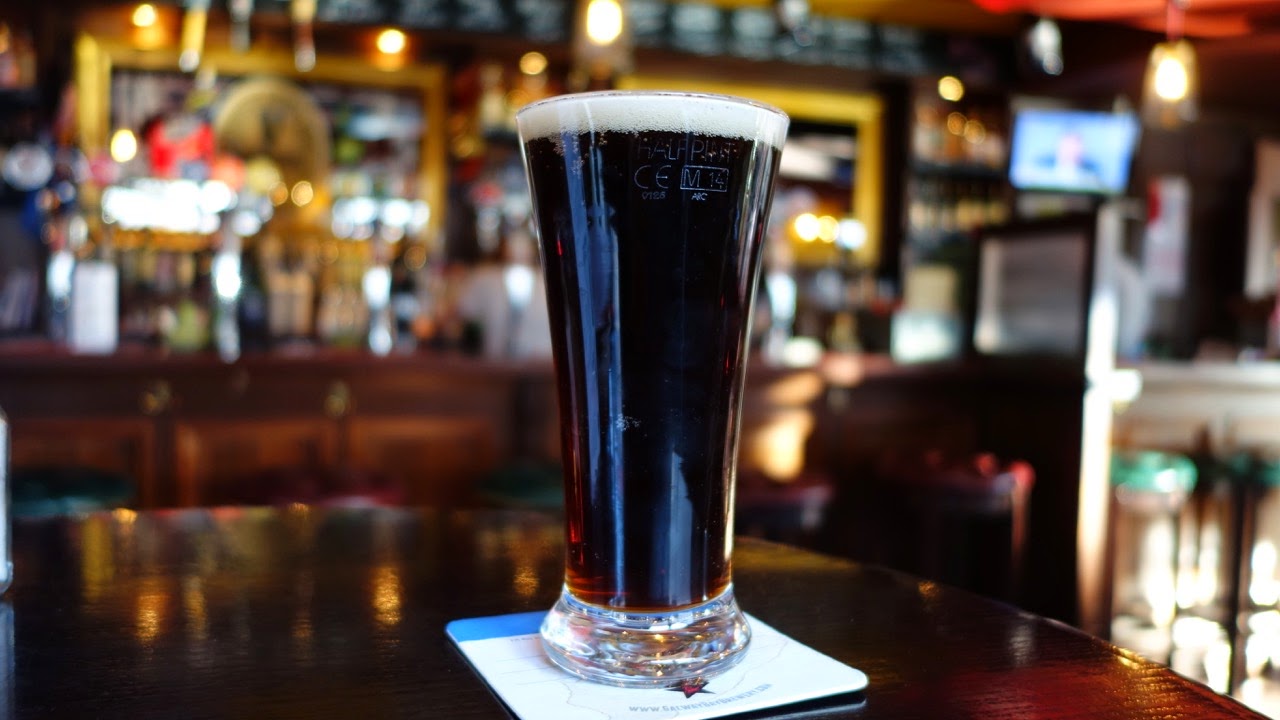 It was quite nice -- not mouth puckering sour but enough to make your tastebuds sit up and take notice.

It was probably time to move along but I decide to try one more beer -- Goodbye Monday Blues. They call it an Oatmeal IPA (thanks Beer Nut for reminding me of that). 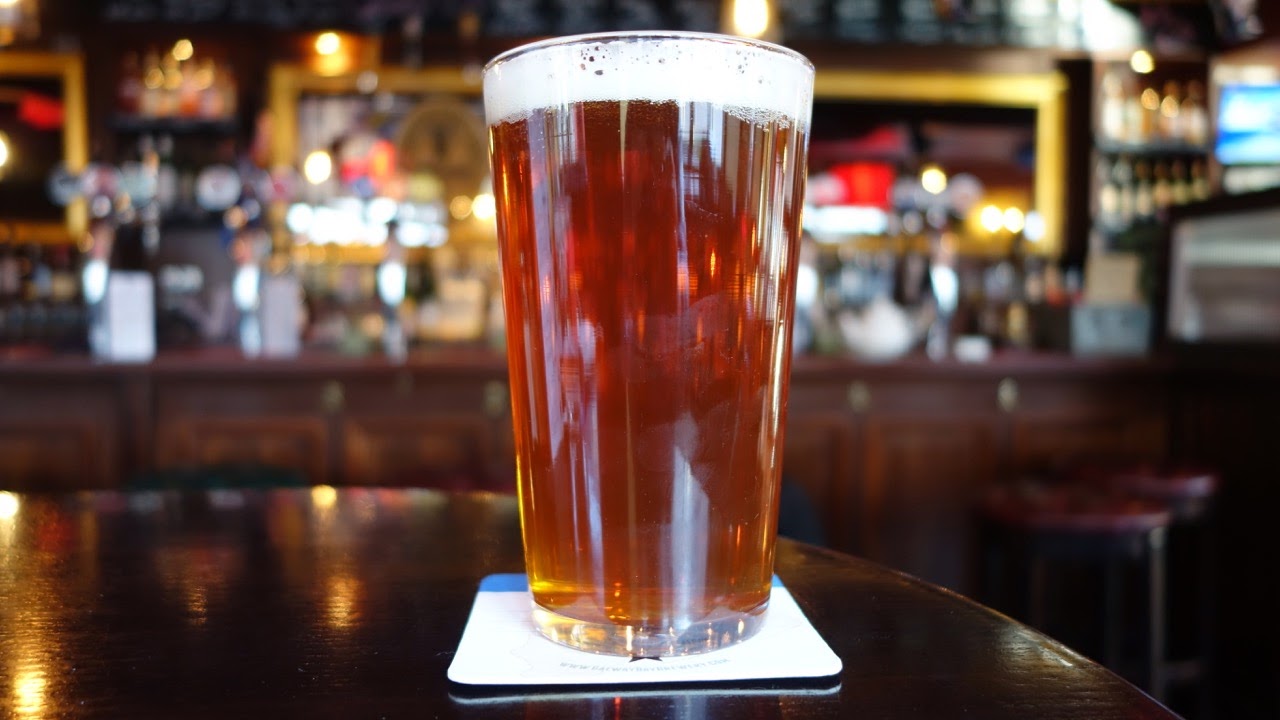 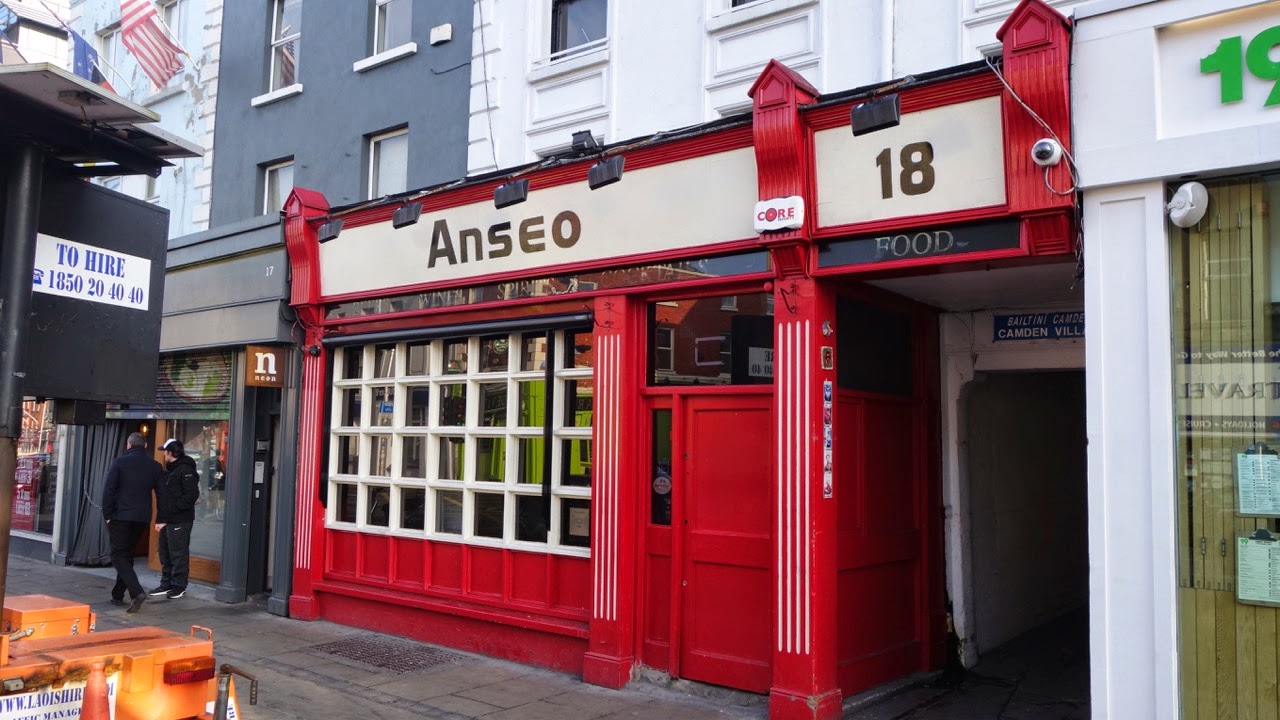 This was described to me as a "dive bar" and it certainly fits the bill, in a good way. The taps were mixed, which about a fire being craft beers and the rest industrial beers. In addition, a fairly large bottle selection.

I started off with a O'Haras (Carlow Brewing Co) Dunkelweizen. 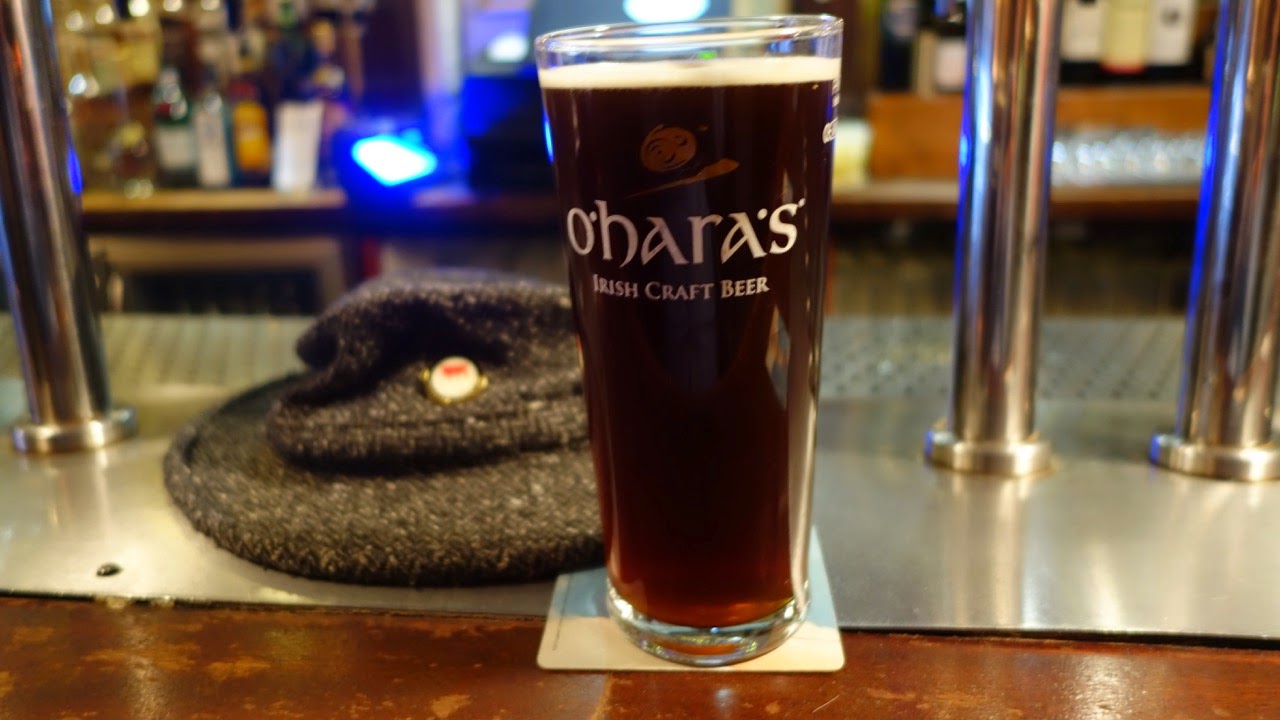 This was probably one style I never expected to see brewed in Ireland but they did a very good job of it. A nice German wheat beer character with dark malt notes.

They had a beer I remember from last years trip, Kinnegar Scraggy Bay IPA, so I ordered one. Every bit as nice as I remembered. 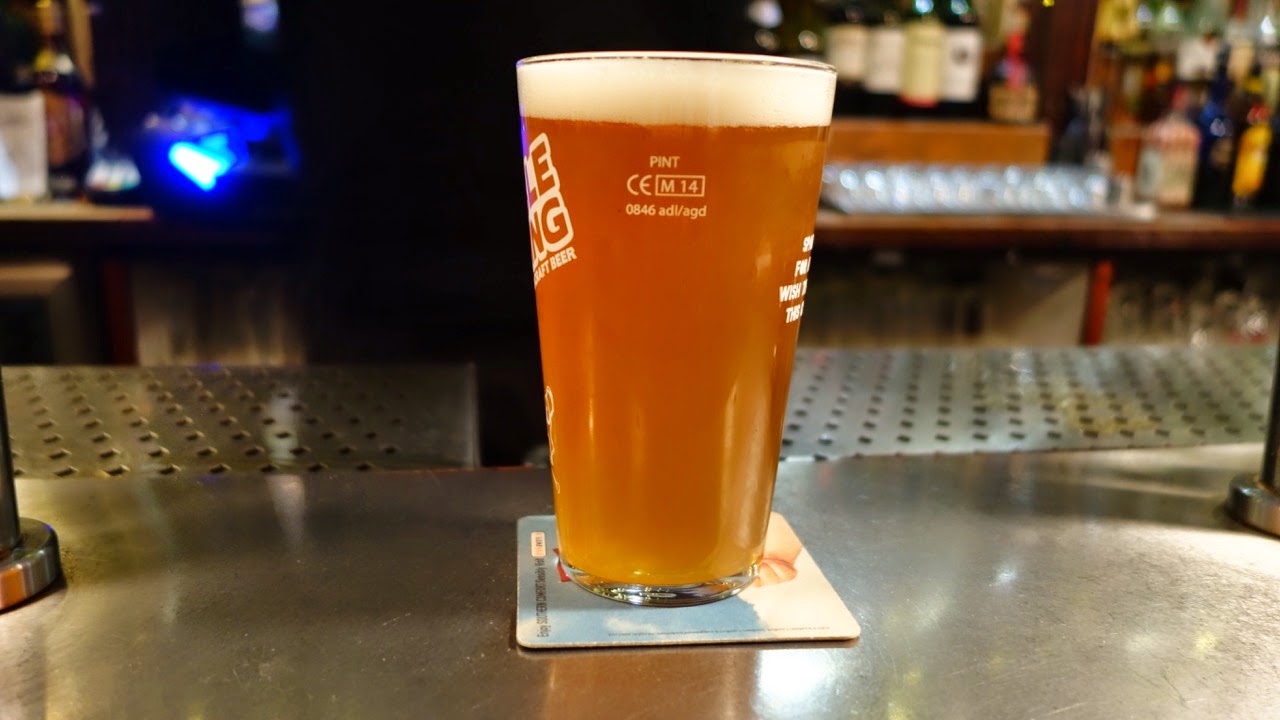 I decided to give Blackbird another try and hopped back on the bus... 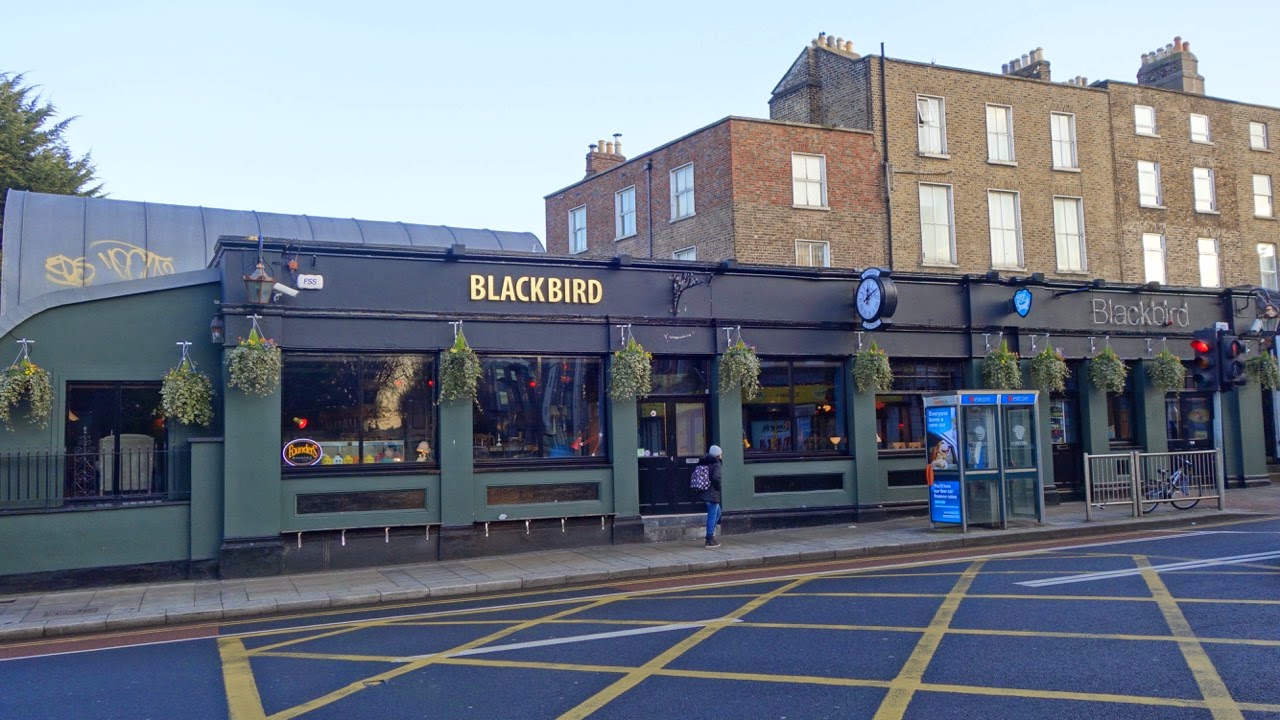 It was only about 6pm but the place was packed. I managed to find a seat at the end of the bar. I ordered the 8 Degrees Hurricane IPA and wasn't disappointed. 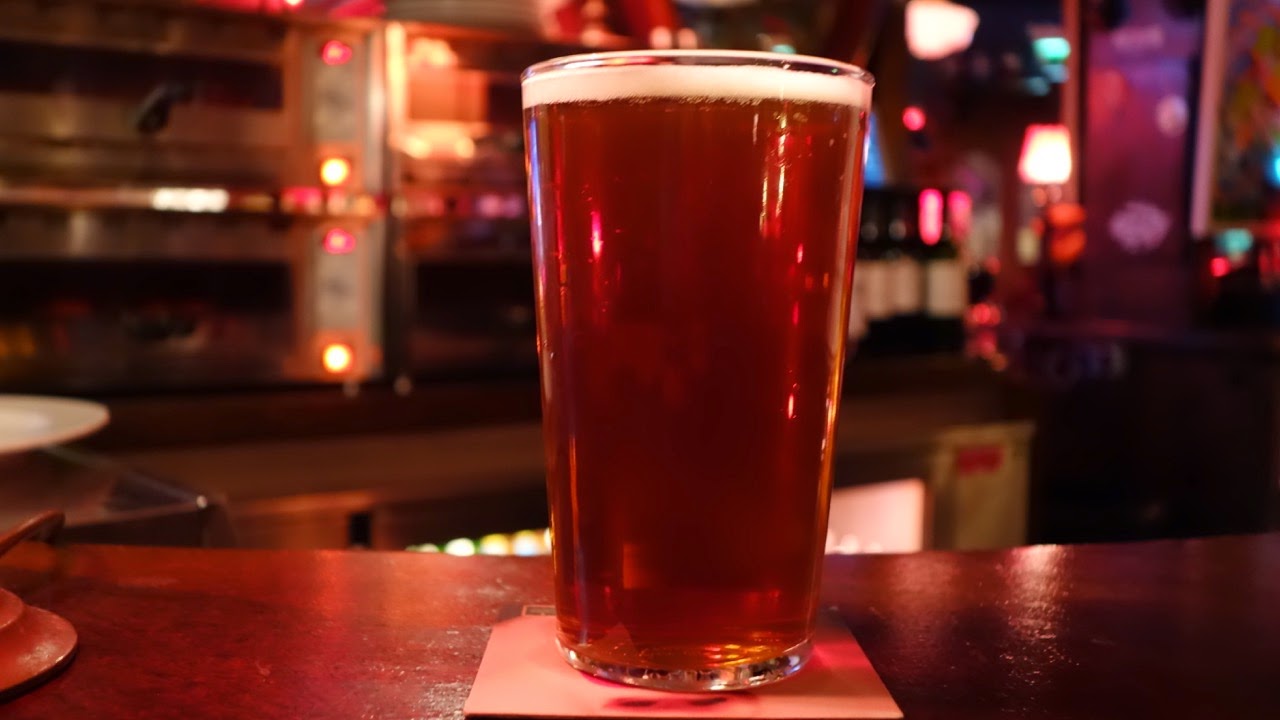 There were only a couple of beers on their tap list I hadn't tried yet, so I asked the bartender for a recommendation. He suggested the Rascals Ginger Porter. I generally shy a way from spice beers but he offered a sample and it tasted good so I ordered one. 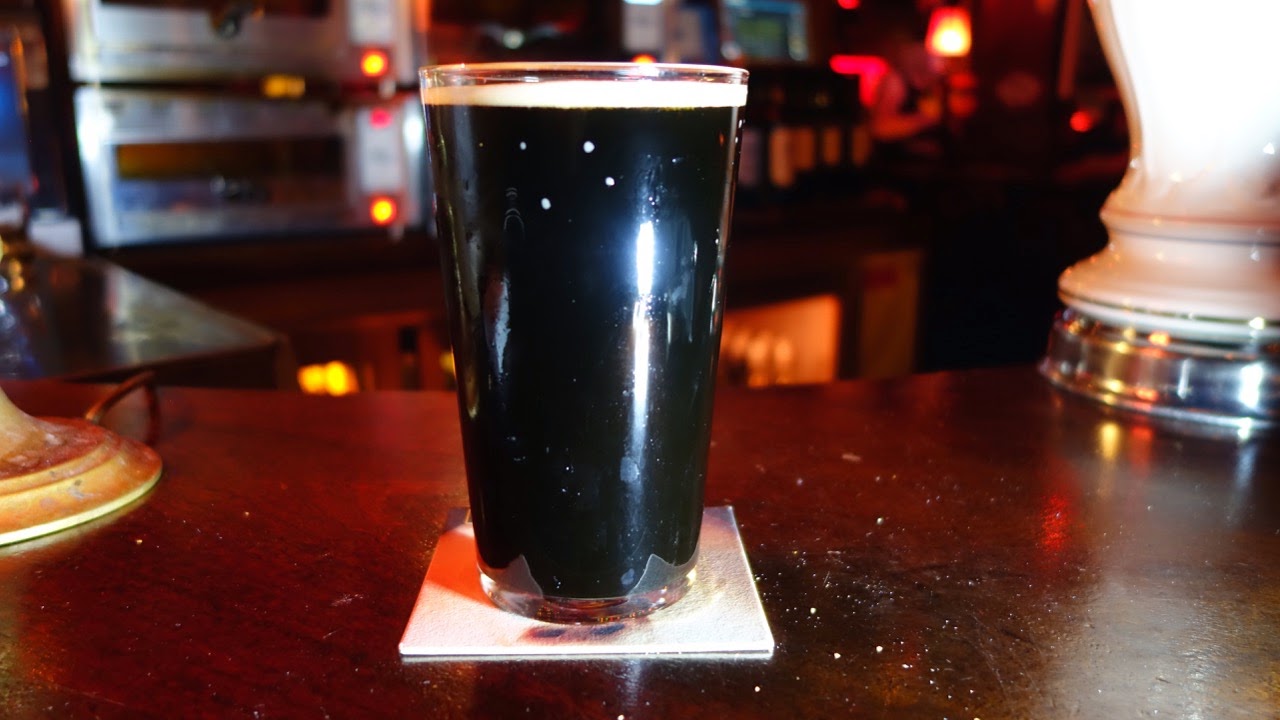 The ginger was not overpowering. It was sort of like drinking a dark ginger snap cookie. I dithered about ordering a half pint -- sometimes the spice flavors really build up and after a while you just can't take anymore but that wasn't the case here. A very drinkable beer.

Well it had been a long day and I was ready to head back to my room. Unfortunately the bus dropped me off pretty much in front of The Brew Dock, another Galway Bay pub that is near my hotel. It would be rude to just walk by so I went in for a nightcap.

They had the Galway Bay Mare Incognito Saison -- a beer I hand't tried -- so I ordered one. I probably would have appreciated it more earlier in the day but I found it quite enjoyable. 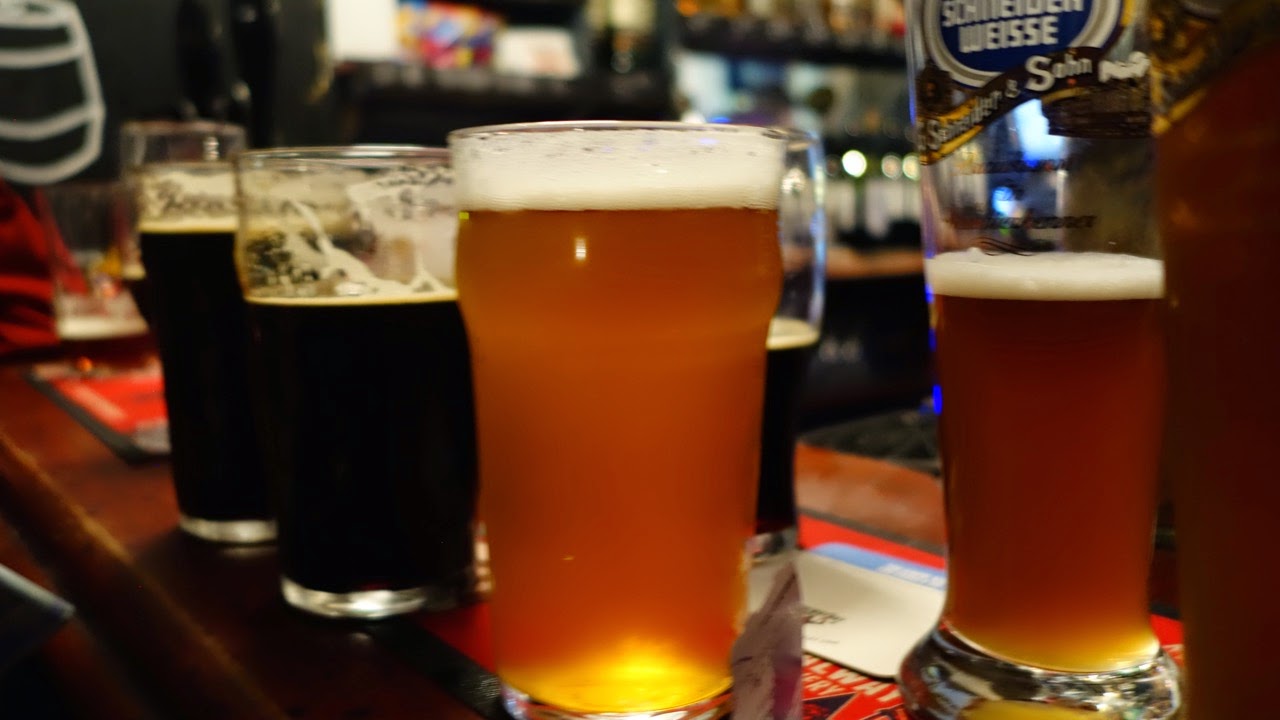 I resisted the impulse to order another beer and went home, satisfied with three new places and eight new beers.

Email ThisBlogThis!Share to TwitterShare to FacebookShare to Pinterest
Labels: 2015, Dublin

Goodbye Blue Monday. The unusual malt profile may be down to the use of oatmeal.

Thanks Beer Nut -- I had mentioned that in my tweet on the beer but forgot it this morning. Post corrected.

It's really amazing. I love this pub and brew beer.
Brewery in Bangalore, best brewery pubs in Bangalore