Our traditional Saturday in Antwerp involves an early Bolleke at Oud Arsenaal, then those that are interested take a walk thru the open air market. 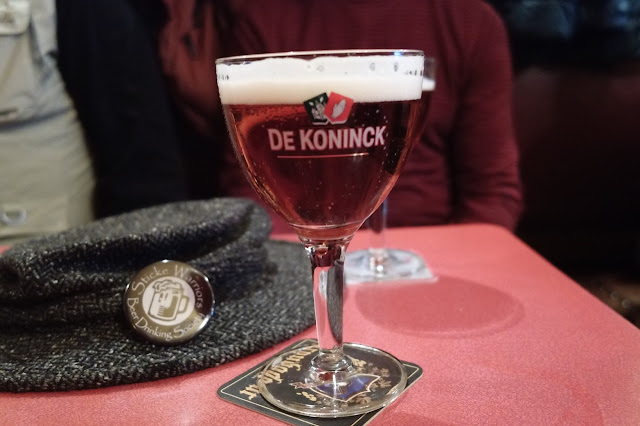 I'd seen the market and didn't have anything to buy, so I stayed for another beer, this one the house beer, Arsenaaltje 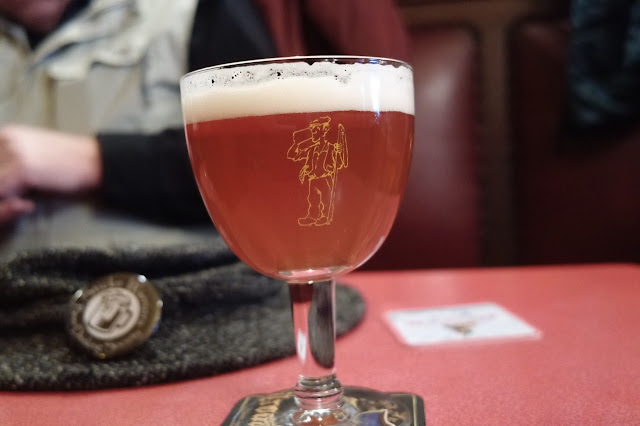 When the group was back together we walked around the Cathedral... 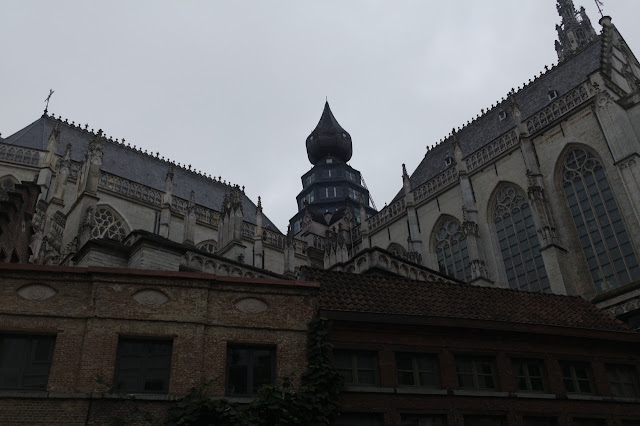 ...to  place called Bar Deco. From the outside it doesn't look that interesting but they have a decent tap list and a wonderful bottle list, including lots of lambics. 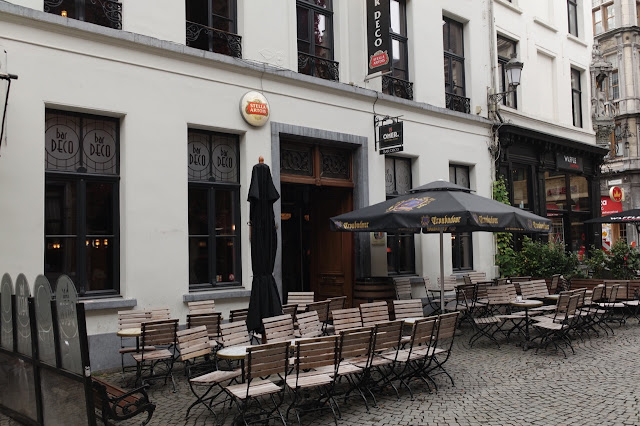 I had a Kriek Boon -- a bit sweeter than I like but very refreshing. 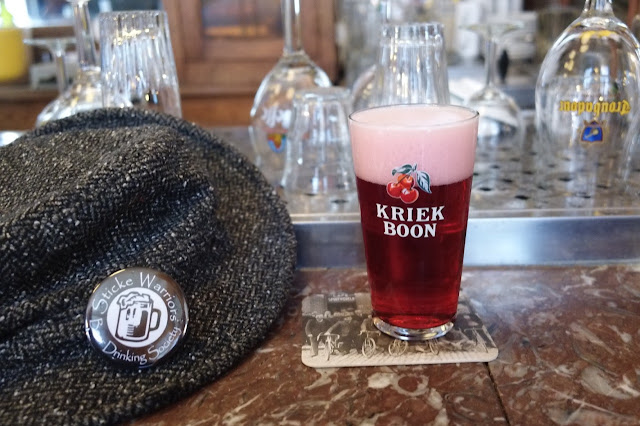 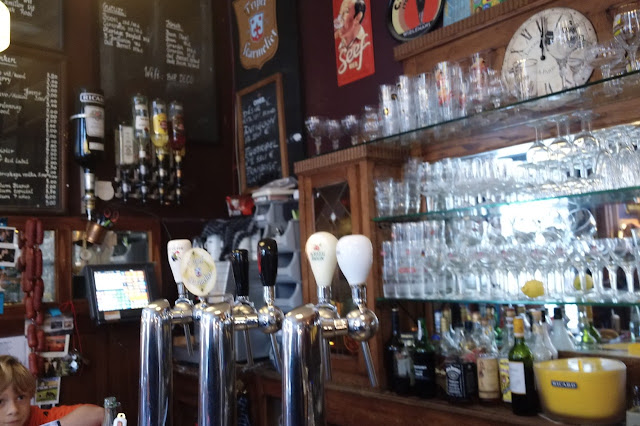 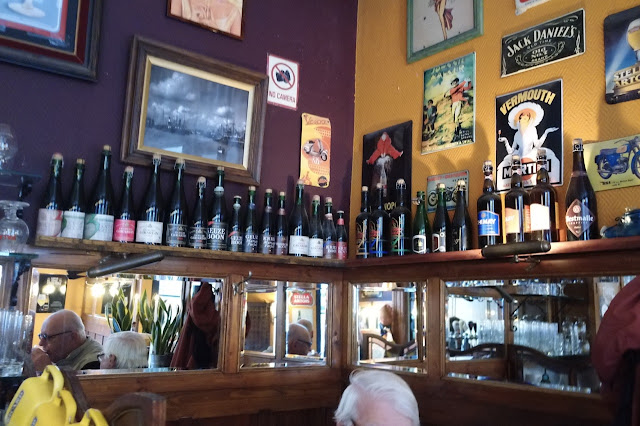 Then it was over to Antwearps Bierhuiske, one of the better beer cafes in Antwerp. 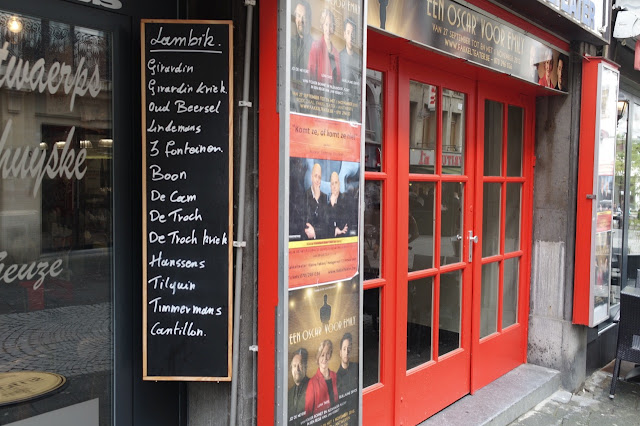 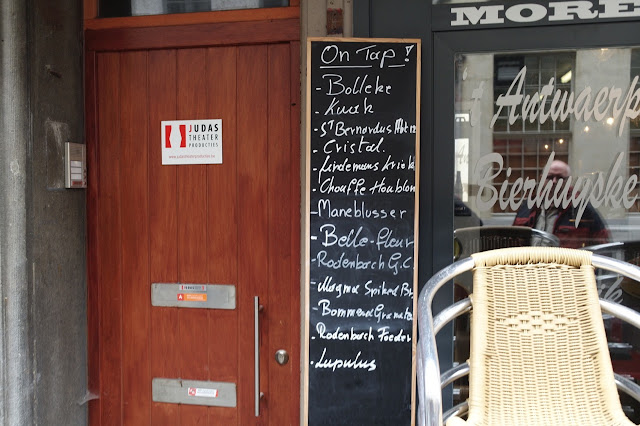 I started off with a 3 Forquets Lupulus a hoppy Belgian IPA (of hoppy Triple if you prefer). 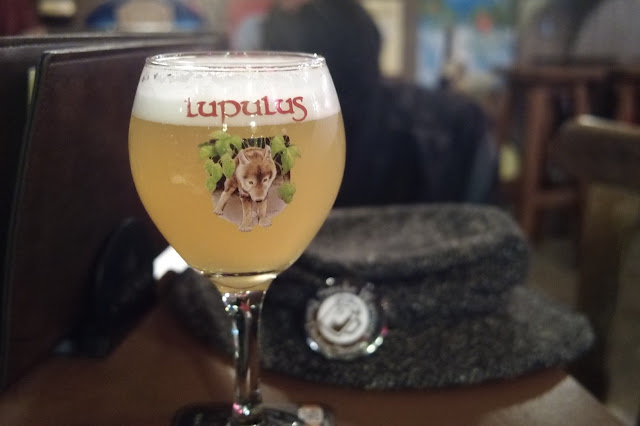 Keeping on the theme, next was Choufee Houblon, another Belgian IPA. Both were great. 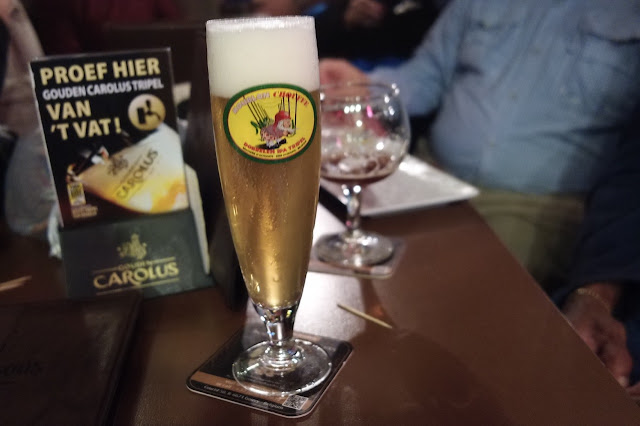 We needed some food so we walked around the corner to Gollem. Their tap list has gotten better over the years, many more interesting beers. 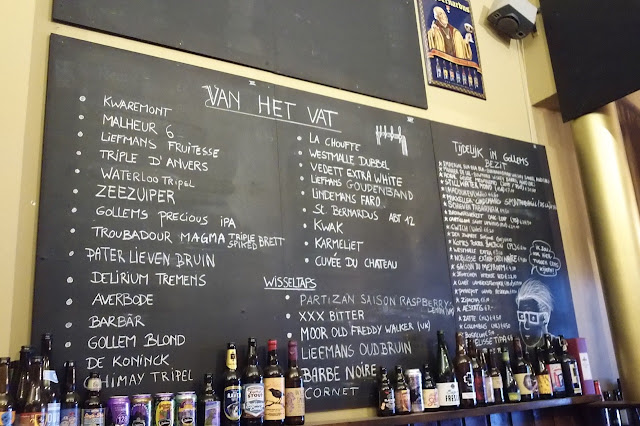 I had the Schelde Brouwerij Zeezuiper with my Vlaams Stoofvleees. 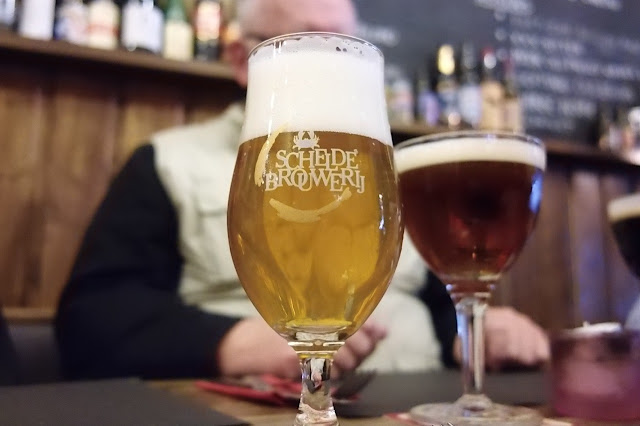 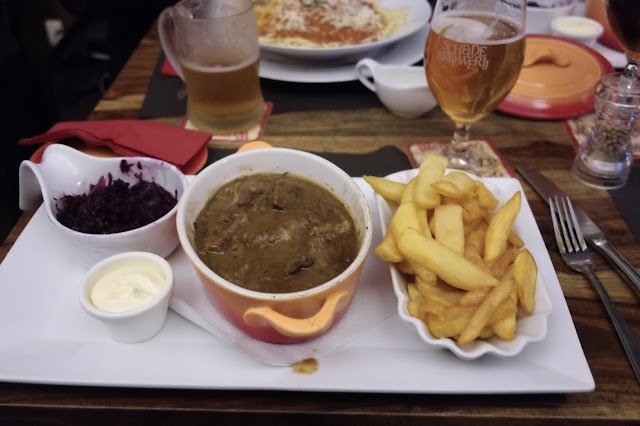 Way too much food -- the stew was made with Westmalle Dubble.

Then it was 4pm and you know where we were next... 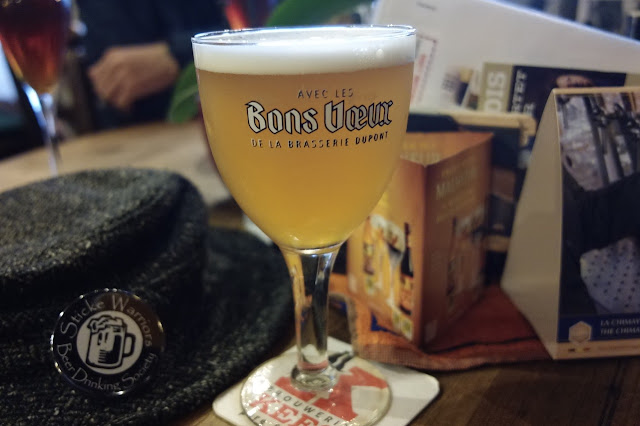 I hadn't had the La Trappe Quad, so I did. 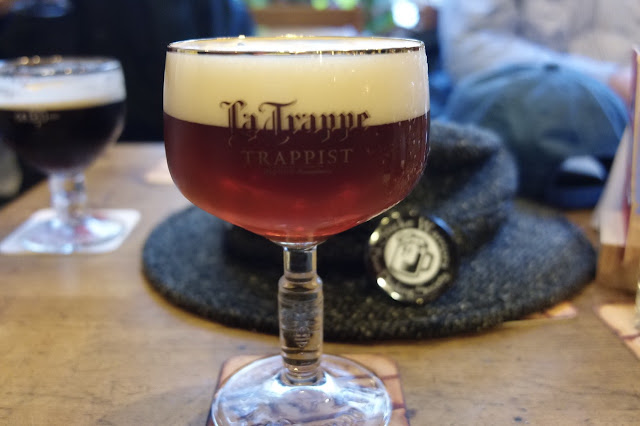 Tom ordered an Oerbier so I had an Arabier. Both were nice, hard to choose which I liked better. 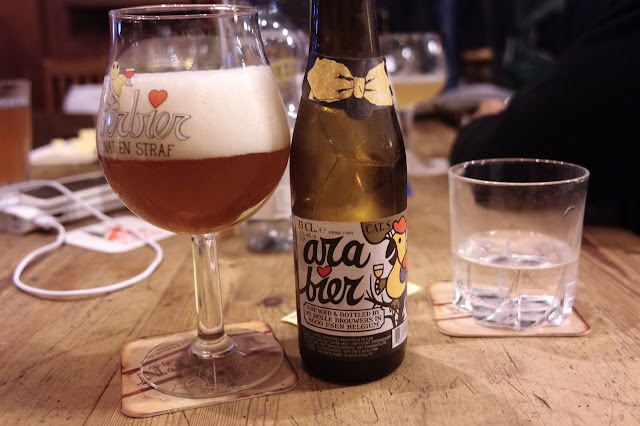 Getting ready to call it a night, we went out with a bang -- De Struise Black Albert and Mikkeller Black. The Black Albert was "only" 13% but stood up well. As somebody once said, don't be afraid of the dark... 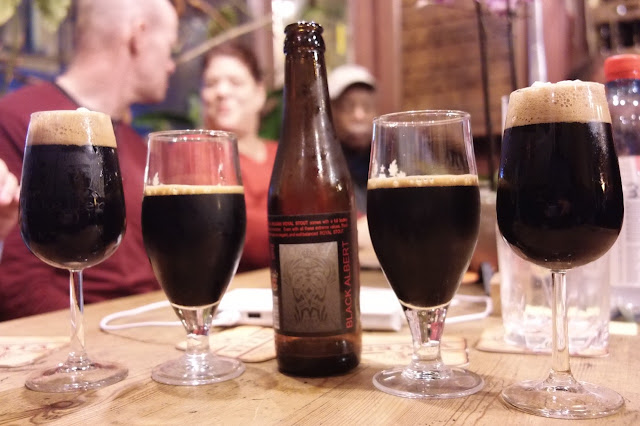 Sunday we will take our trip into Brussels.
Posted by The Mad Brewer at 12:20 AM

I'm a Beer gourmet. I'm also a Student so I have a study but when the Beer party begins you never know when it will end. I have already a special system for quick recovery. Anh here some tips: 1. try to sleep and eat some absorbents to neutralize the "drunk" effect, if you have any Educational task use custom writing service Writers Per Hour, stay calm and cool.