The first stop was Oud Arsenaal -- we wanted to get there with to start the day to try the two Trappist "Monk's" beers they had -- Westmalle Extra and Chimay Doree. 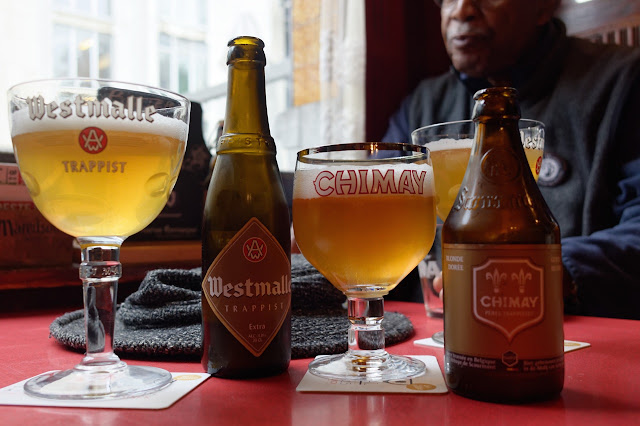 They were each about 4.8% and very delicious. I could drink either one all day -- I guess that is the point...

Next we headed over to Gollem for beer and a bowl of soup. I started with the Triple D'Anvers, De Konnick's very nice triple. 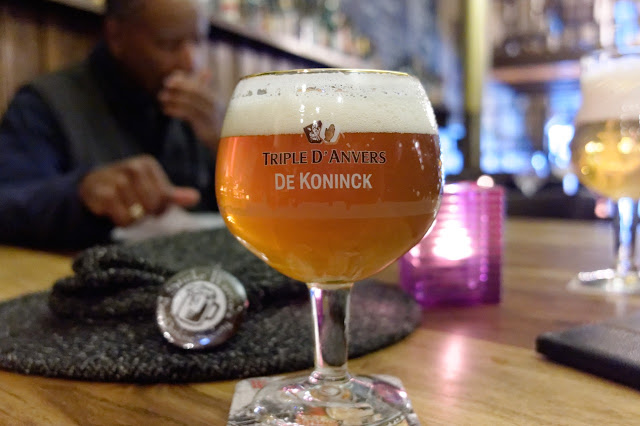 The soup of the day was "Tomato Chicory" -- it was tasty but strange. Not much tomato. 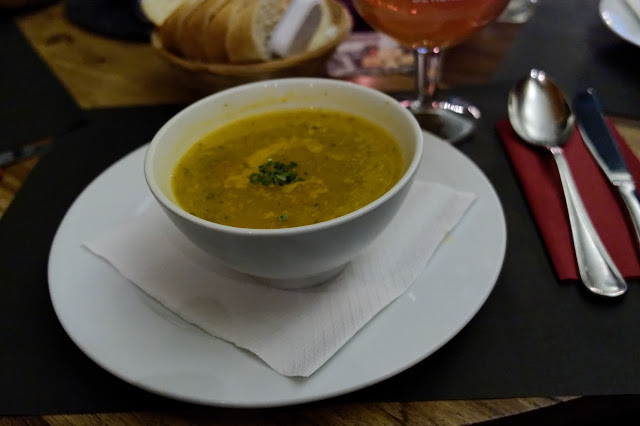 The had the Troubadour Magma Triple Strike Brett on draft. I had to try one... 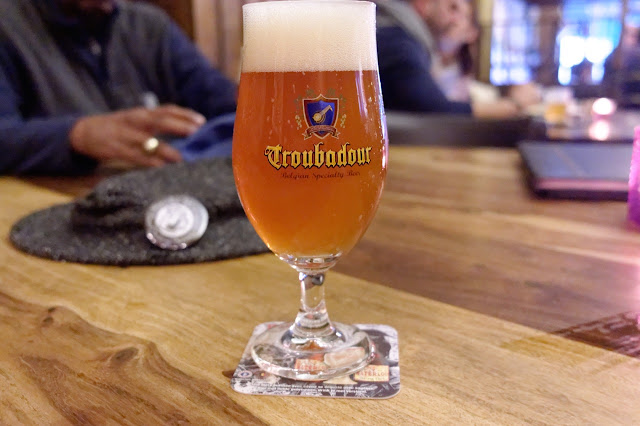 I enjoyed it but a small glass was enough -- the flavor built up on your tongue and so got overpowering.  It has a wonderful hop aroma and the hop bitterness and the Brett character worked -- for a while.

Next we walked down the street to a new (for me) place -- Cafe Pardaf. 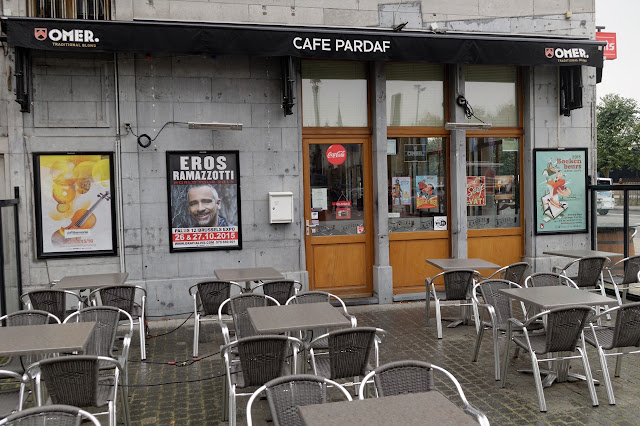 The tap selection was not so interesting -- lots of Leffe but they have a great bottle selection. I had the Weize Triple -- a new beer for me that won somebody's award of "Best Triple of 2014.' I couldn't argue. 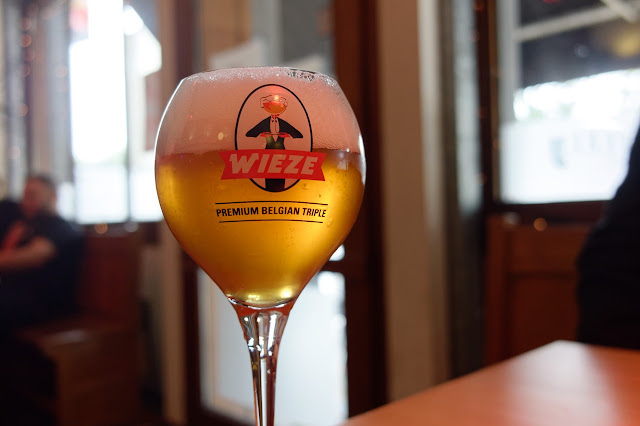 By now it was close to 4pm and we had an appointment at the Kulminator. Again, started with a Bon Voeux. Can't go wrong with that... 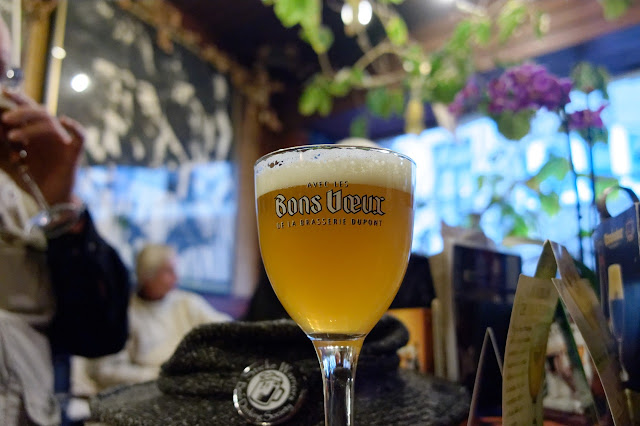 Moving up the alcohol line, next was a Bush Noel -- sweet but not too sweet and very drinkable for 12% alcohol. 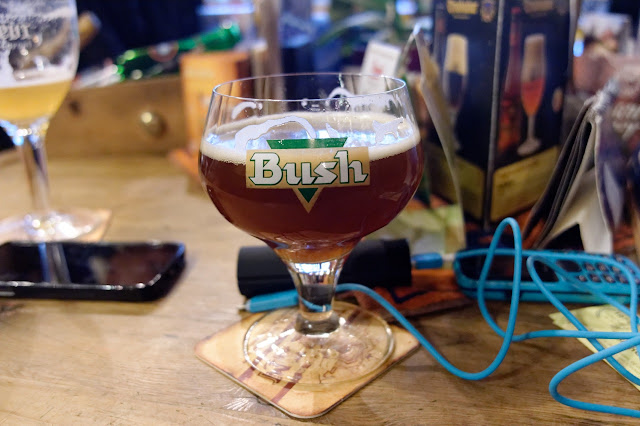 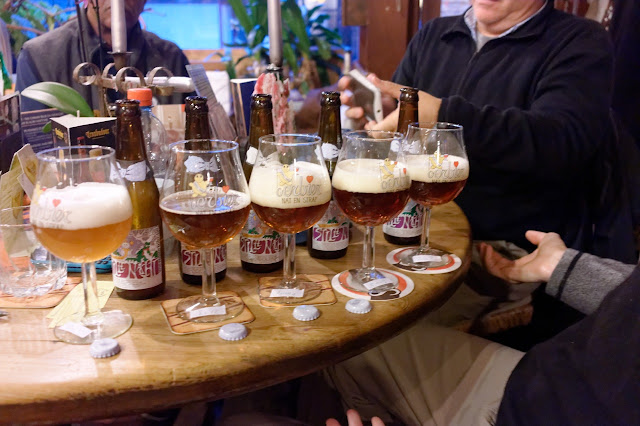 The oldest Stille Nacht on the menu is 1987 so we tried one of those. Wow, still a great beer. 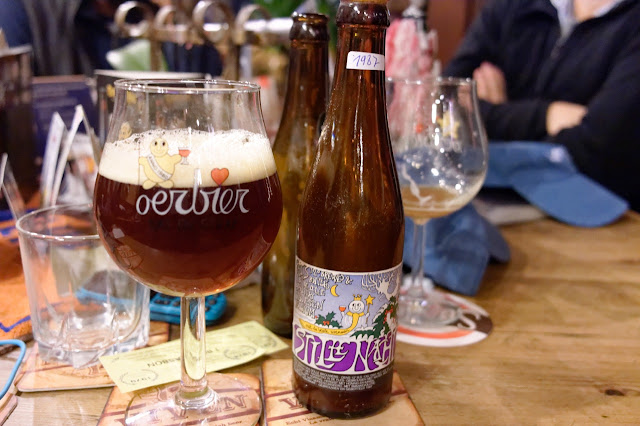 Then we got a treat, Dirk brought out the original 1982 Stille Nacht from his private stock. Over 30 years old  and still a great beer. 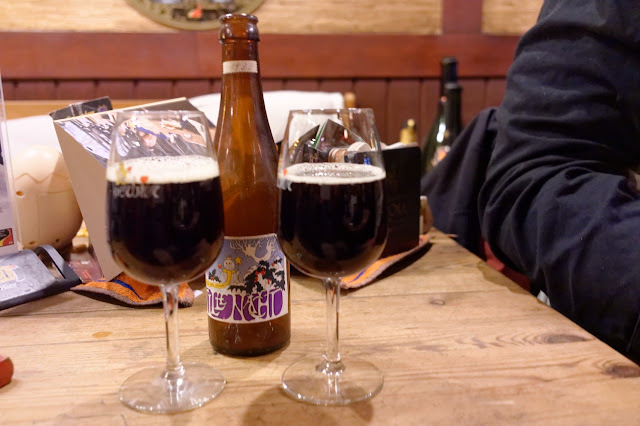 I didn't actually get to drink this one but they had an empty bottle of Spencer, the Trappist beer from Massachusetts... 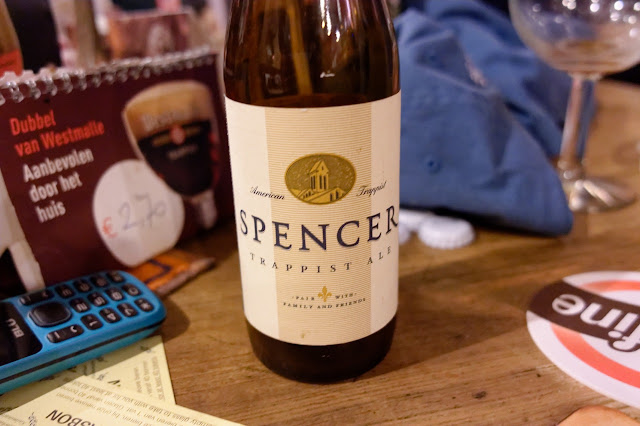 Going down hill, we decided to have some Triples. Leen brought them out blind -- we knew what two of them were but not the other two. 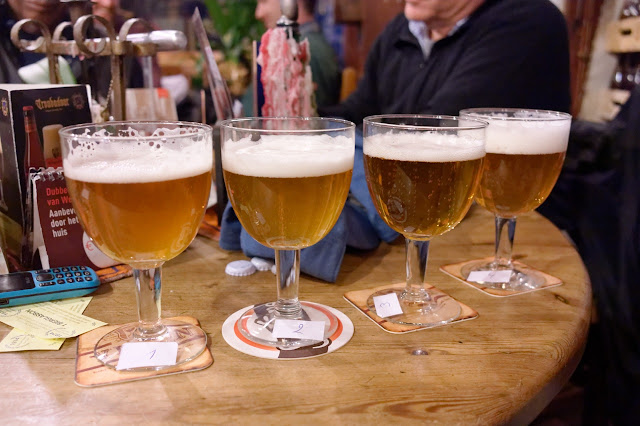 We picked out the Westmalle but failed on the others... 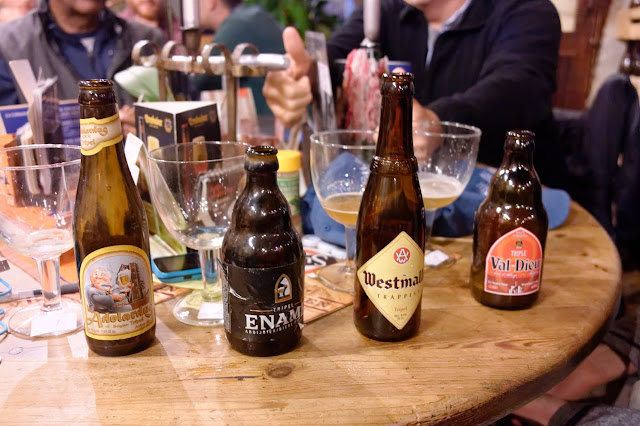 The beer of the week was a Barley wine from the Netherlands -- I met the brewer once at the Kulminator (he is a friend of Dirk and Leen's) so I thought it might be rude not to try his beer. Very, very nice. 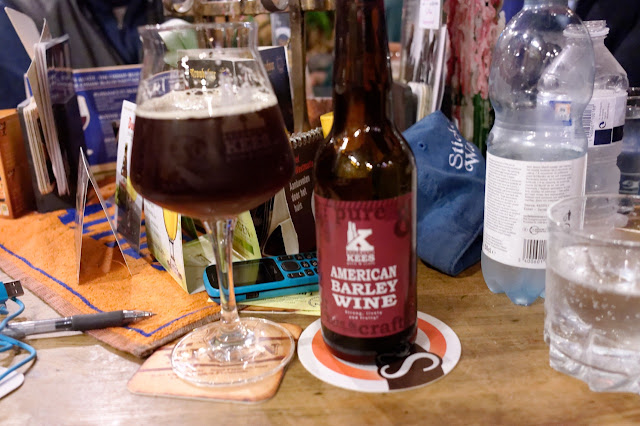 My brother had a "come to Tsjeesus" moment so  took a picture... 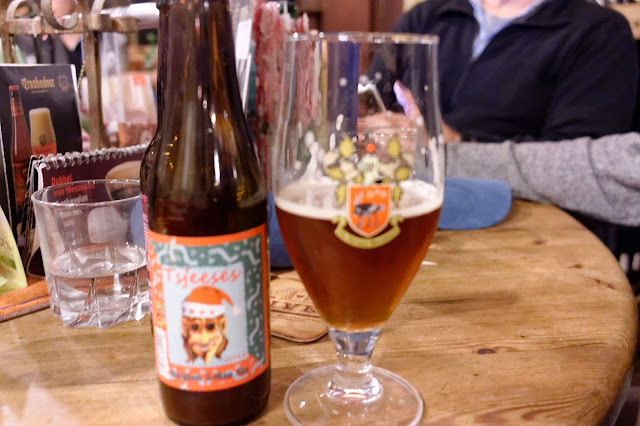 My finishing beer was to be a Mikkeller Black, a wonderful 17% beer. I got about two sips when said brother managed to spill it while passing it around the table. 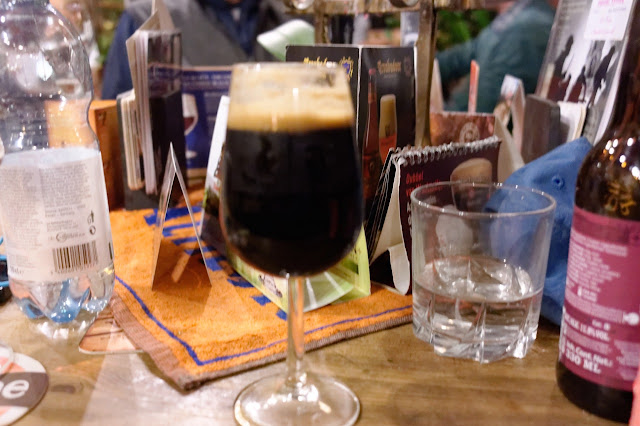 So as penance he bought two VIven IPA's for the table. I remember them as being tasting but at this point I don't remember much else. 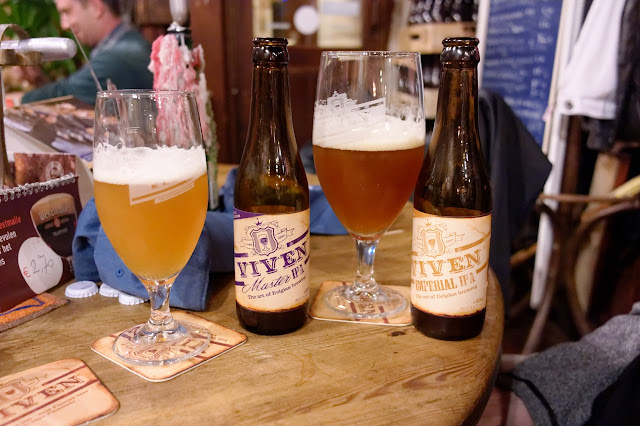 That was it for the day. We overdid it enough that we skipped our plan day trip to Brussels.