Ryan had made arrangements to visit the Sibeeria Brewery. We met Ruslan (the co-owner and also owner of Beer Geek) there and he gave us a short tour. 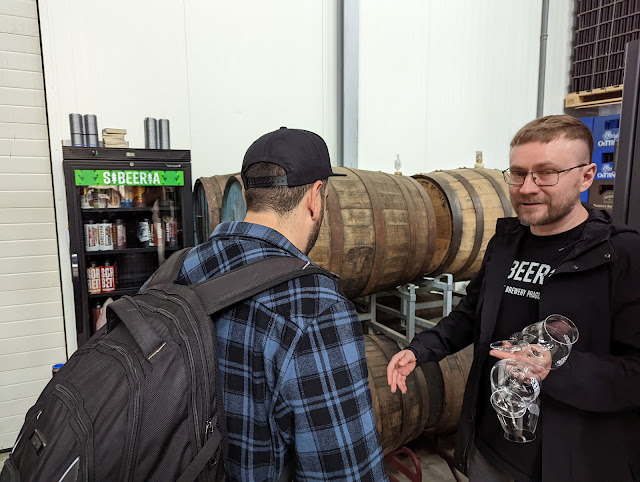 It was bigger than I though -- 18 ferments of various sizes and a three vessel brewhouse. 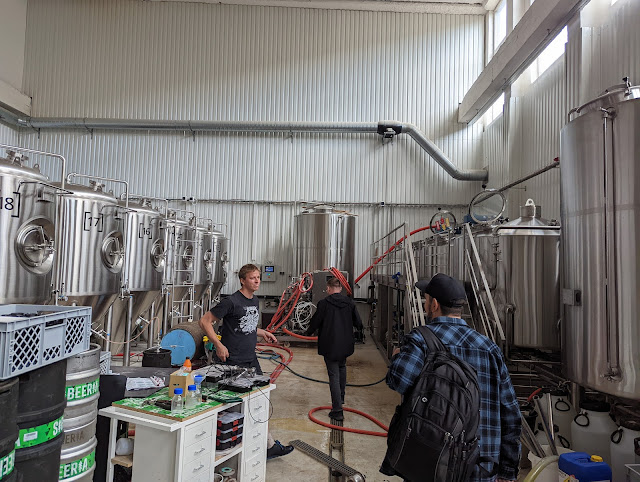 They knew I was interested in lagers, so we started off with the Timeless lager, which was currently aging on oak cubes. It wasn't overly woody -- just a hint to let you know it was something different 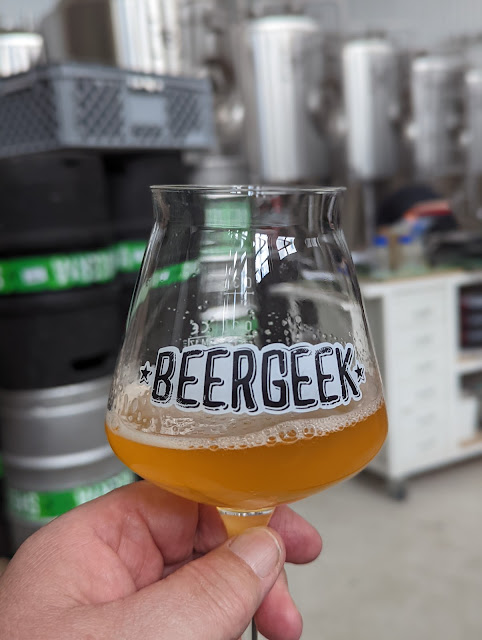 Ruslan had business to attend to, so he pointed us at a fridge and said "help yourself until I'm back." So I grabbed a can of the Soulmate Tmavý Ležák. It was surprisingly roasty. Not what you usually find in dark Czech beers. It wasn't to the point of a stout (or porter) but was very enjoyable. 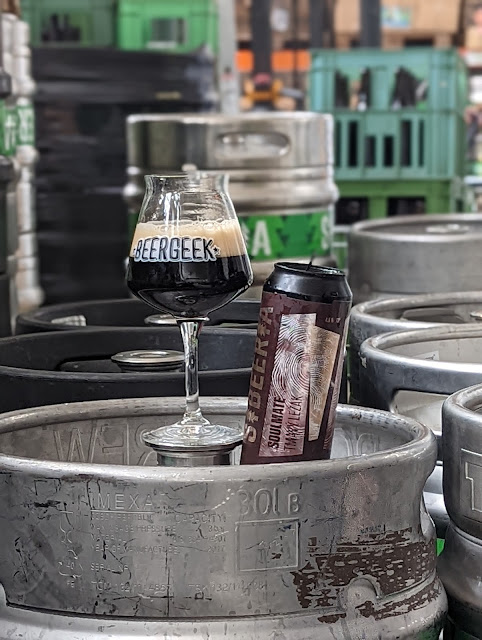 One more beer from the tank, this time the Everyday Life Světlý Ležák 12⁰which I had tasted the other days. This was better :) 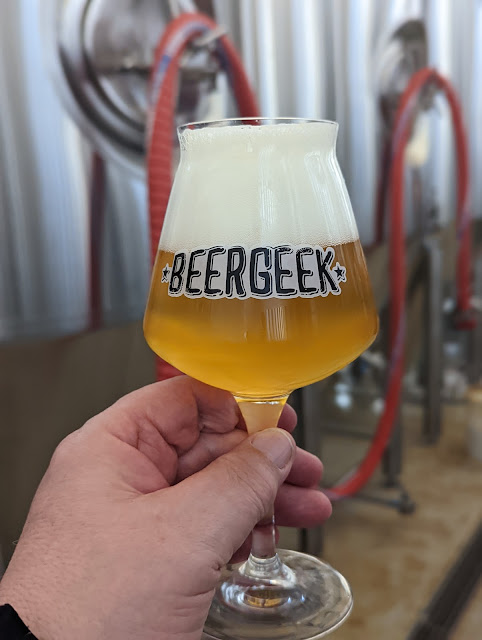 I climbed up to the mezzanine to get a good overview of the brewery.  You can see the three brewing vessels in the upper right: Mash tun, lauter tun (also decoction cooker) and boil kettle. 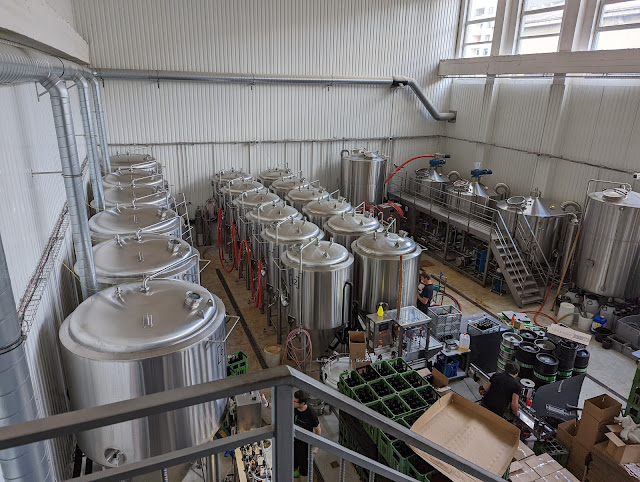 Ryan had to catch a train back to Pilsen but as the tram got close to Palmovká I realized we were going to go right past a place on my "To Do List" -- Cafe Decada. So I said my goodbyes and hopped off. 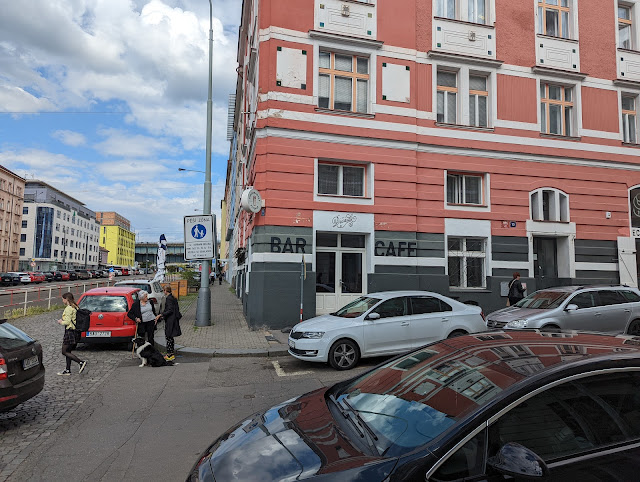 They have four beers on tap, three from Vinohradský. 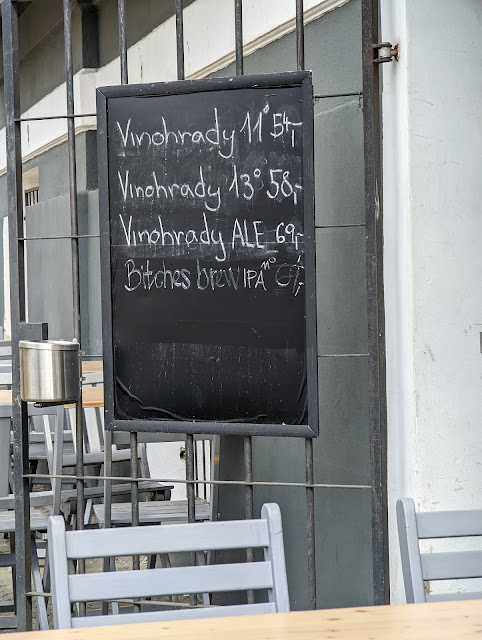 I went with my old favorite, the 11º. I thought hard about the 13º -- which was also good at the brewery but after all the beer at the brewery I wanted something lighter. 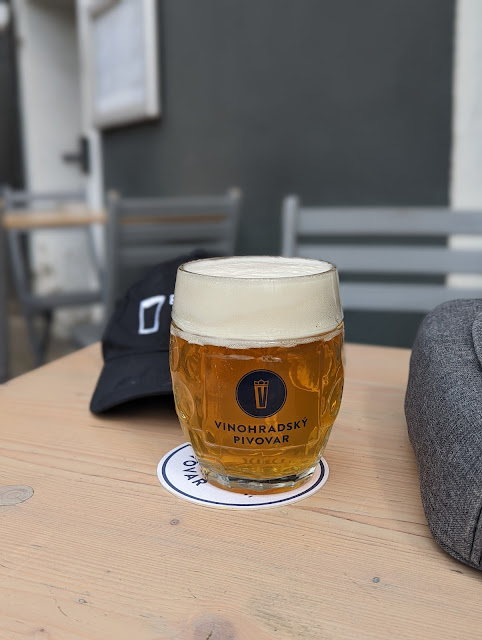 The soup of the day was (I think) sweet potato with lentils. It hit the spot. Also near Palmovkà is one of my favorite places Bar Nepalmě 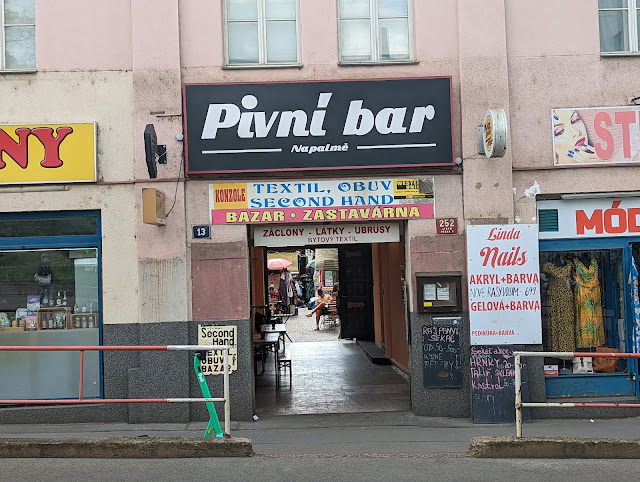 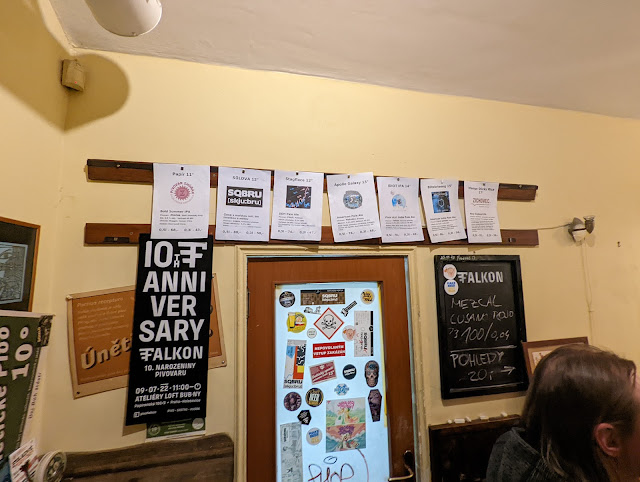 Usually the 12º is unfiltered but this was pretty clear. And it didn't give me that usual Unětice happy face. It wasn't bad, just not what I expected. It very well could be my taste buds were worn out, 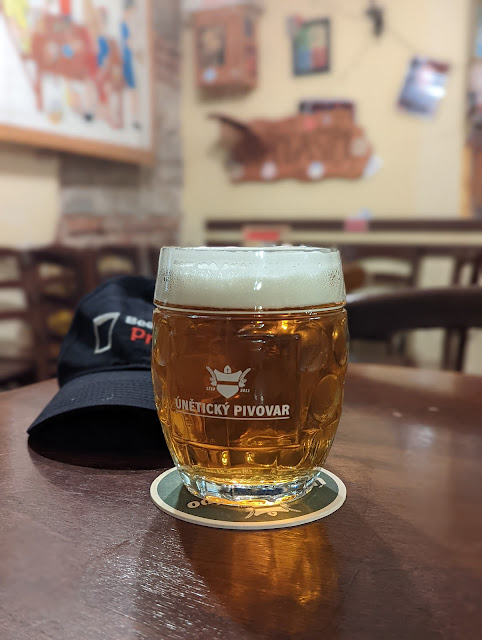 They also covered up my favorite mural with a couple of beer fridges. 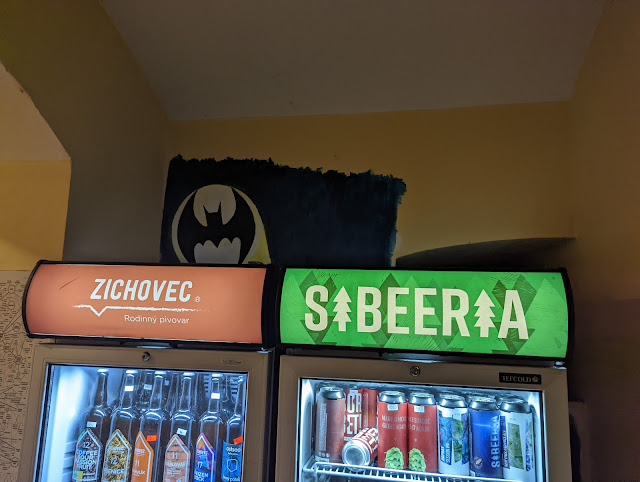 Luckily, I have a copy of the original... 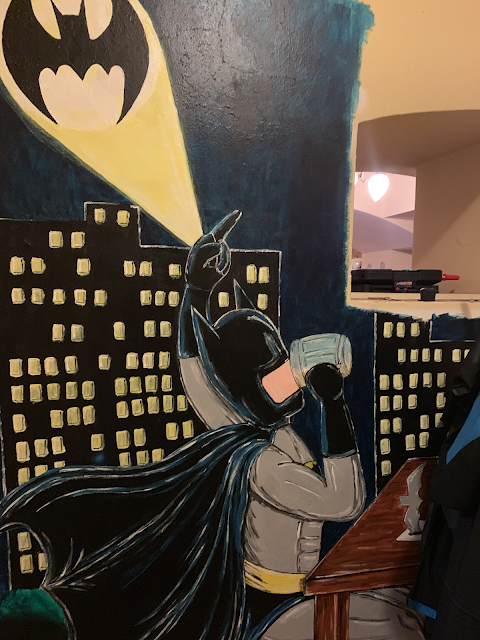 I headed back toward my hotel but stopped in at PULT again for a Dva Kohouti Místní. They serve it here in  .5l here but .4l at the brewery. Just sayin' 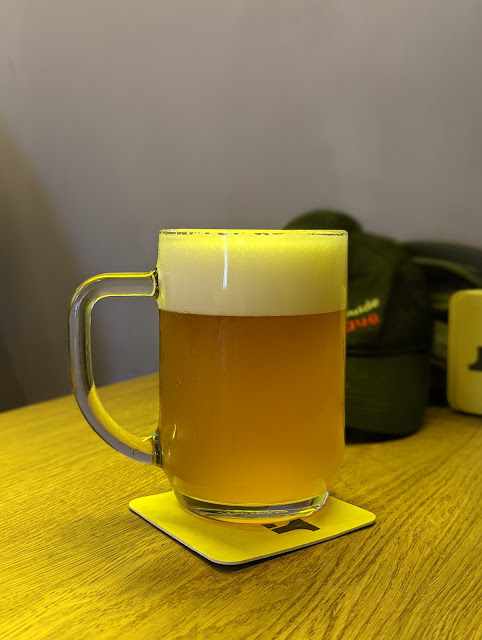 There was something on the English menu they called "Meatloaf" and I ordered it but it took awhile as nobody knew what I was talking about. I finally showed them the webpage and they matched it my the price :). Whatever you call it, it was tasty. 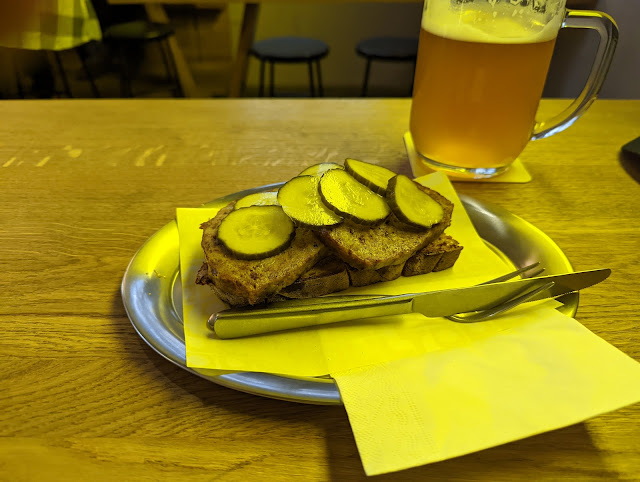 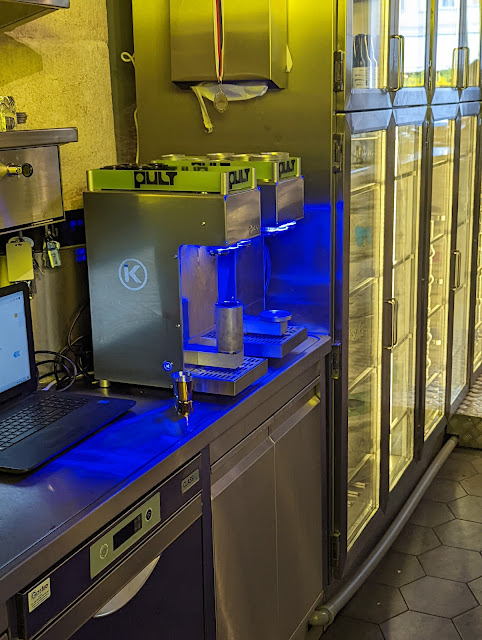 And I noticed this on the way out. Ham, anyone? 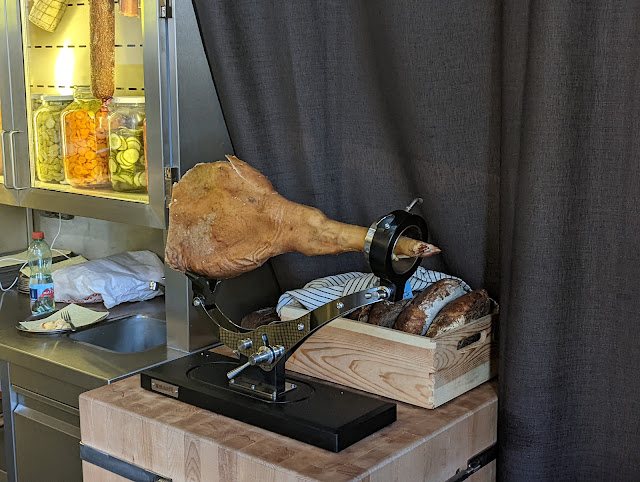