Lunch in Greenwich, afternoon in London

We took the DLR (Docklands Light Rail) out to Cambridge to check out the new pub call the Old Brewery. It is what was once the Hospital of the Royal Naval College. 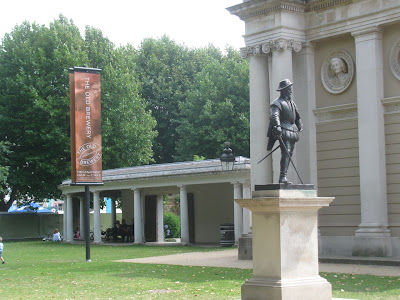 They had 9 Meantime taps (but at least one -- the Kellerbier -- was out) and two handpumps, one with cider and one with Meantime London Pale Ale. 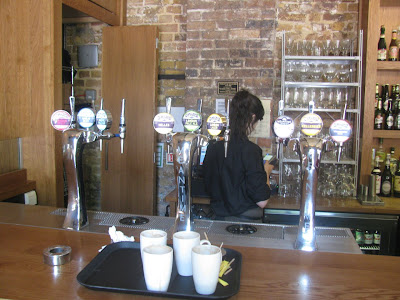 We decided to take the bus back to central London, so we could stop off in Deptford and visit the Dog and Bell, a recommended pub. 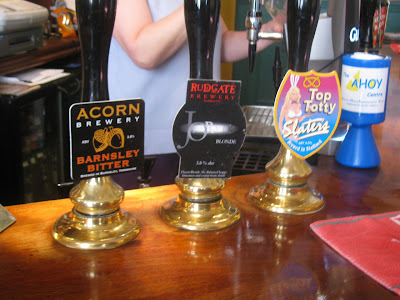 They had half a dozen beers on handpump.  I had a Fullers ESB and Tom an Acorn Barnsley Bitter.


After a nice beer in the garden, we walked back to the bus stop. The bus nominally runs ever 12 minutes on Sunday. After about 20 minutes there was quite a large crowd waiting. When the bus finally did come, of course it was packed.  We went up to the upper deck, which was also full. You are not supposed to stand up there, but there was no way we could fit in downstairs. I believe we also had a less experienced driver --or maybe the bus was just overloaded. Eventually we got a seat but the upper deck was quite hot. After what seemed like hours (but was probably just an hour) we arrived at our stop.

We walked a couple blocks down to the Princess Louise, one of the few Samuel Smith's pubs in London. 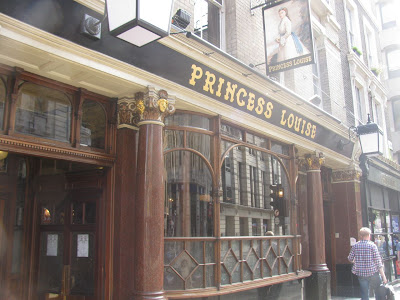 They have only one cask ale, Sam Smith's Old Brewery Bitter (a/k/a OBB). It was £2.11 per pint. That has to be the cheapest pint in London.

Suitably refreshed, we walked a little into Soho and stopped at the Dog and Duck (I guess we need to find a pub called Duck and Bell to complete the trio). This pub is owned by Nicholson's -- a pub chain whose London pubs all seem to be either historical or historical replications. The chain has a set list of guest beers and each pub has a different selection, marked on a chalkboard outside. 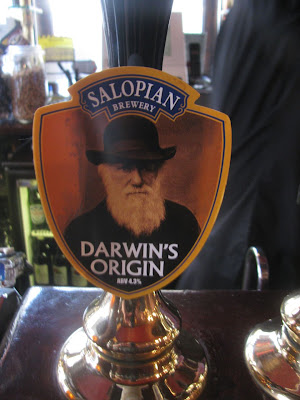 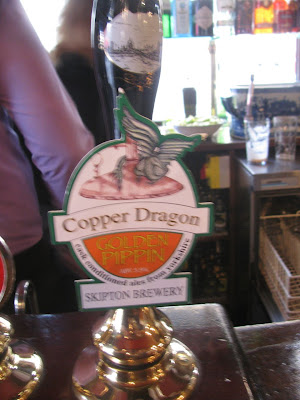 It is a cozy little pub. It was at one time George Orwell's local (for a little bit of culture) 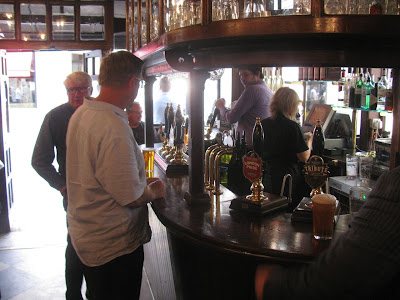 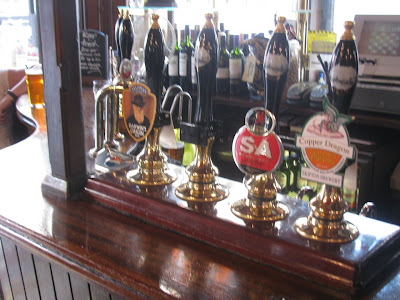 We were meeting a local friend at the Market Porter near the Borough Market (south end of London Bridge). So we headed that way.

On the way we passed the Barrowboy and Banker but it looked like they had just closed. 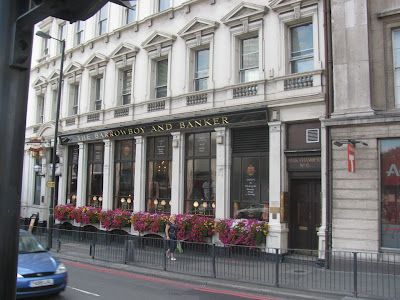 We also passed the Mudlark, another Nicholson's pub. If we weren't just about late for our appointment, might have stopped for a pint.


Around the corner we came to the Borough Market. In the "old days" when pub opening hours were more tightly controlled, they were open in the morning for the workers in the Market coming off work. Also a popular spot for anybody in the area working the graveyard shift. 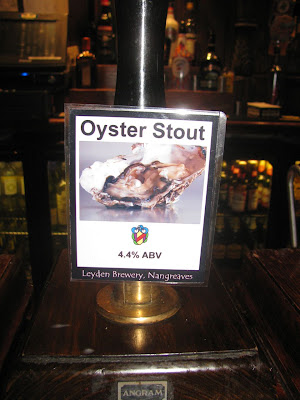 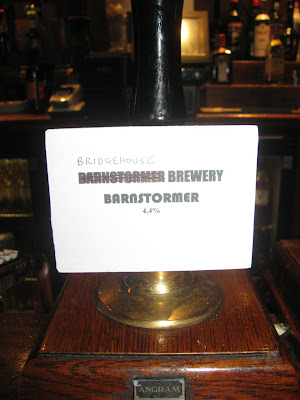 This Oyster stout was better than the one I had earlier in the week, but still not up the level of the Porterhouse Oyster Stout.
Our friends soon arrived and a couple of pints later we called it a night, while they went on to other places. Very close by are two other highly rated pubs -- the Brew Wharf, which in addition to having a brewery on site (but never any of their beers when I've been there) they sell a good range of Meantime beers and a decent selection of imported keg and bottled beers (which is why the locals like it), and also the Rake -- a fairly new place (5 years) that usually has something special.
Posted by The Mad Brewer at 3:51 AM

Firstly, the Old Brewery isn't exactly new: it's been there for at least a year, possibly considerably longer (it was open when I moved there about a year ago).

Secondly, there are loads of Sam Smiths pubs in London.

Well the Old Brewery is new for me, having last been in London two years ago. Compared to pubs that advertise how they've been around for 200, 300 years an year is not so much.

There may well be loads of Sam Smith's pubs but you do have to work a bit to find one -- walk into 10 pubs at random and I'd be surprised if you found O.B.B.