An afternoon drinking beer in Amsterdam

They had another DePrael beer on the the Wildeman -- Gepijpte Nelis or "Piped Nelis." Nelis is their bock beer but "piped" had me confused until I saw tap handle -- with a (tobacco) pipe on it. So it is "piped" in the sense of "put that in your pipe and smoke it" -- or a smoked bock.  Not a lot of smoke, but it was noticeable. 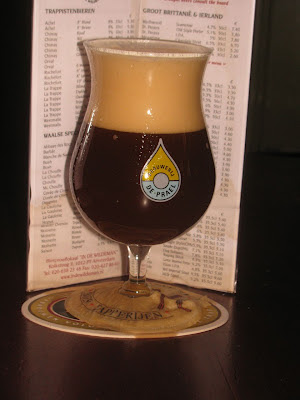 The was a brewery on the board I didn't recognize Witte Klavervier. I asked Nick the bartender about it and he said it was brand new, had just opened in Zwolle. He told me the brewer had researched old beer styles and developed a Poorter from the Middle Ages. The taste was along the lines of a Dubbel but with some black malt. Very nice. 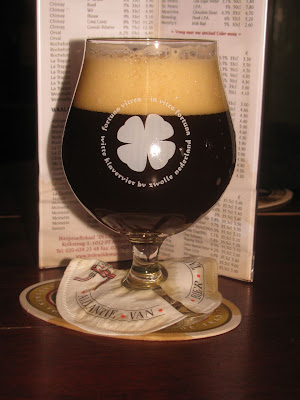 They also have a good bottle selection at the Wildeman and it was hard to turn these down, but I needed to get some air or I would fall asleep. Hard to pass up a Keesmann Bock, though. 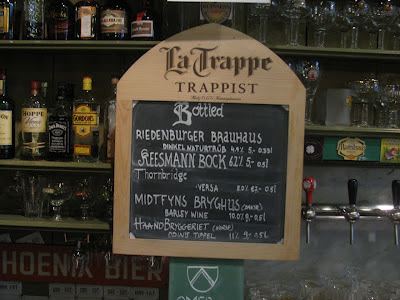 I've been to Amsterdam in the winter a few times, but I never had seen ice in the canals. They are even talking about holding the Elfstedentocht -- a 200km skating race along canals in the north of the Netherlands -- for the first time in 15 years. 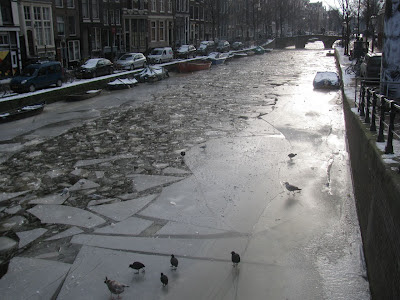 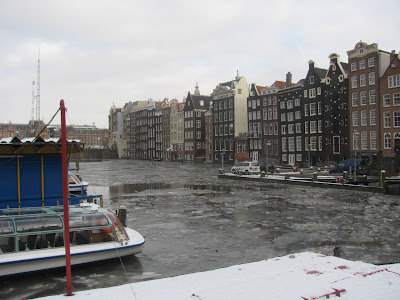 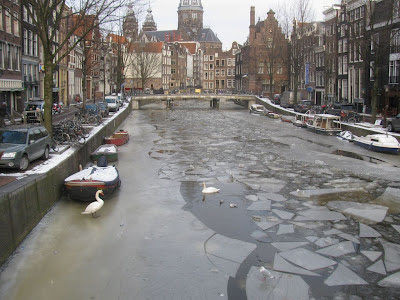 I had heard that DePrael had finally opened their tasting room, so I walked over to check it out. It turns out this was just the bottle and gift shop, but they gave me a couple good for a Euro off a glass of Johnny, their Kölsch style beer. The tasting room (a full pub and restaurant, actually) was just around the corner, down an alley. 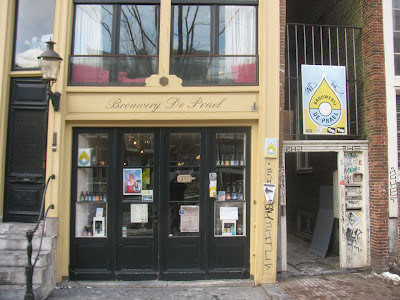 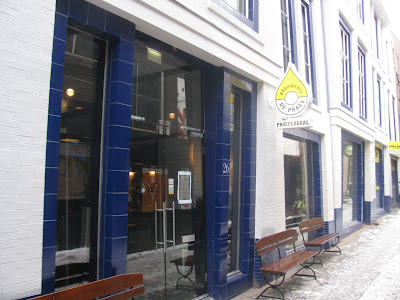 It looks like that had about 10 beers on tap, plus addition bottles -- including beers from other breweries (saw some DeMolen bottles). 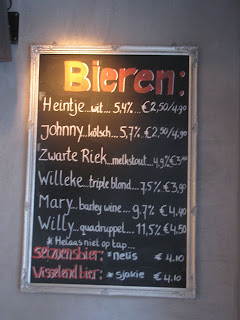 The staff was quite friendly and a little bit eccentric -- as you might expect considering their history. 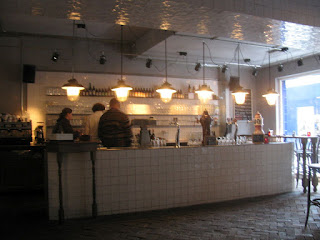 The Johnny was good, but as I had been drinking stronger, heaver beers I didn't get the full benefit. This is a great session or starting beer. 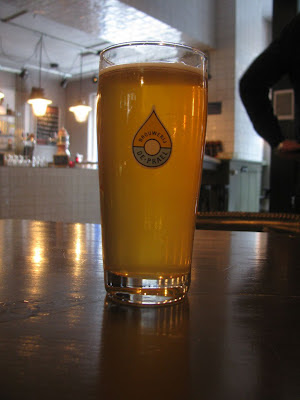 I asked if they did a sampler tray -- and they did, of up to six beers. I told them if the ones I had had already today and they gave me the rest -- except Mary -- the triple -- had just run out. 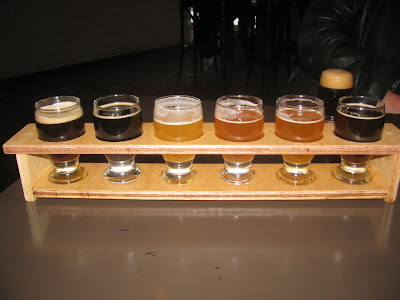 By this time the jet lag was starting to hit, so I went back to the Old Nickel for a beer. I can't call it a "nightcap" because it was only about 5:30pm. The choice was betten Grottenbier and Winter Konnick. 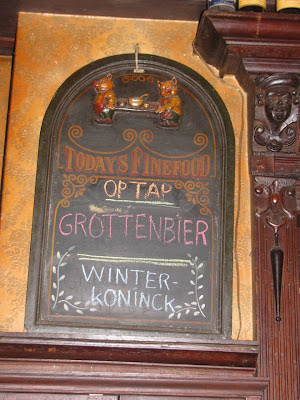 I went with the Grottenbier. It was a nice end to the day. 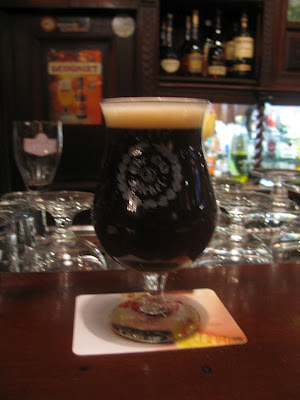 I went upstairs to check that my bed was still there -- it was -- so I decided to use it as I had an early flight to Warsaw.
Posted by The Mad Brewer at 12:00 AM

Email ThisBlogThis!Share to TwitterShare to FacebookShare to Pinterest
Labels: 2012, Amsterdam