I had a really interesting around the world trip planned for March: Los Angeles -> Budapest -> Tokyo -> Los Angeles. It was a mistake fare that was around last May -- total airfare was $390 (to Tokyo, I was using miles to get home).

Well, about 2 days before I was to leave I came down with a nasty virus. So I ended up canceling the trip. If I had paid $1500 I would probably have tried it -- and been miserable as I was out of it for over a week. But $400 was worth not being miserable. And I may get it back -- I was supposed to fly thru JFK and that day one of the snowstorms hit. Refund has been "processing" for a month now.

So my consolation prize was a trip to Bamberg. As I write this I am 37,000 ft over Iowa, again transiting JFK. The good news is Delta serves Ballast Point Sculpin IPA (which has become my goto "local-isn" beer). 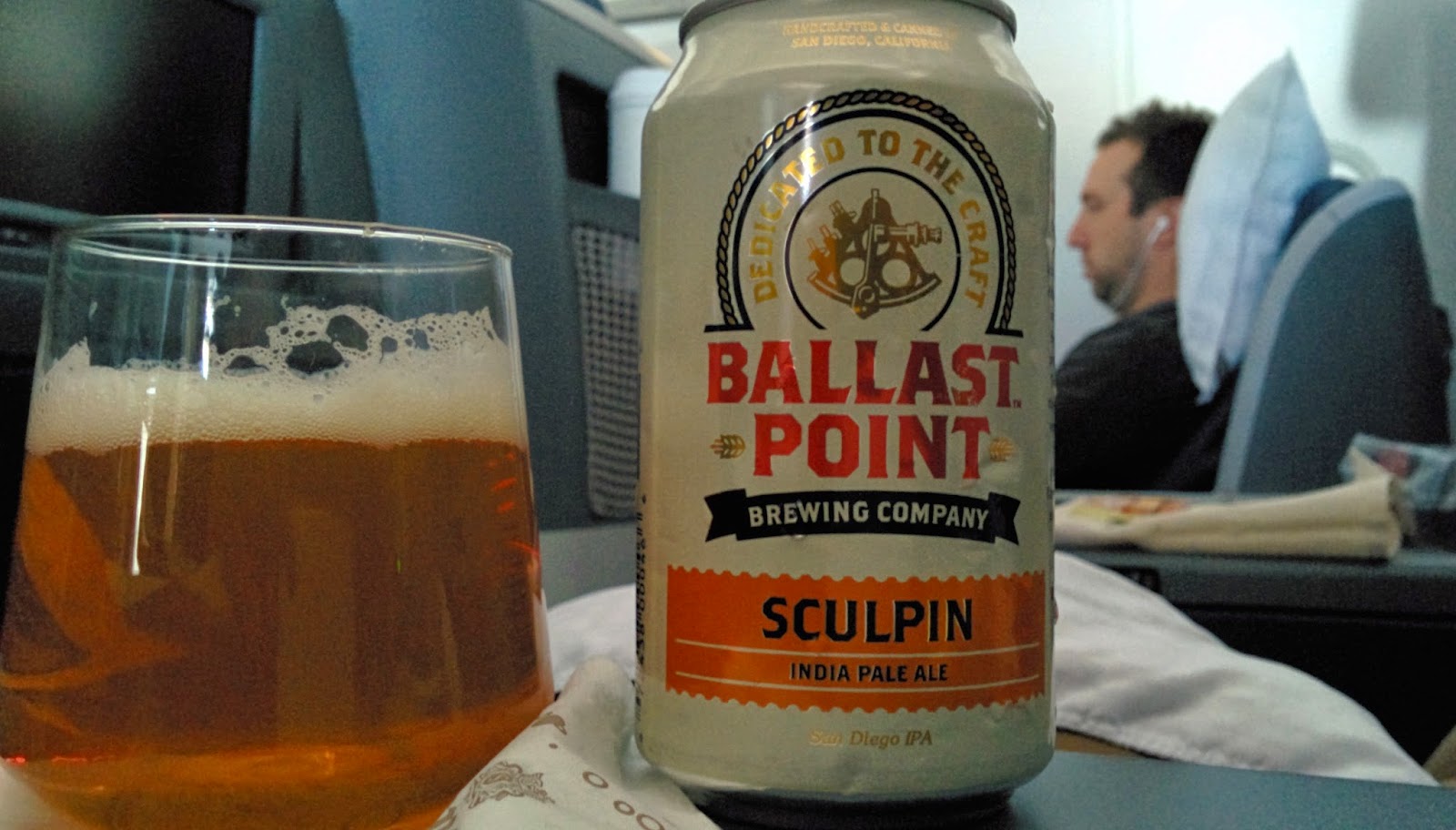 Unfortunately it is only on the LAX-JFK (and SFO-JFK) runs. On the flight to Frankfurt my "premium beer" will be Heineken.
Posted by The Mad Brewer at 12:31 PM