Another Day Just Hanging Out in Antwerp

By now, the Kulminator was open

We decided to try some triples for a while, concentration on those that we very fresh.


The hops in the Chimay really blew me away. A very nice beer when fresh.

Looking at the label, I thought it funny that a Trappist Beer has a symbol for "No pregnant women." (It actually is on all the Belgian beers we checking, meaning I guess "Don't drink if pregnant.") In addition to the ingredients list, there was a warning on all beers "Contains barley malt." Duh -- its beer. 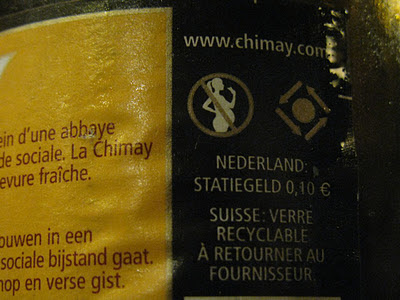 At this point things had quieted down and Dirk brought out the special beer for us to taste. It was designed by Mikkeller for Restaurant Noma in Copenhagen -- which often tops the annual surveys of the worlds best restaurants. 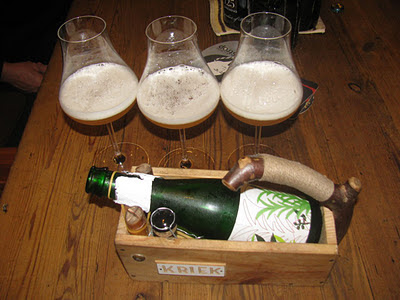 I am not usually a big fan of oak aged beers, but this one worked. The oak was a delicate complement to the triple like character of the beer. It was a bit too cold (for which Dirk to the blame) 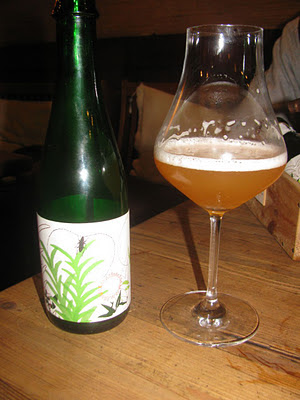 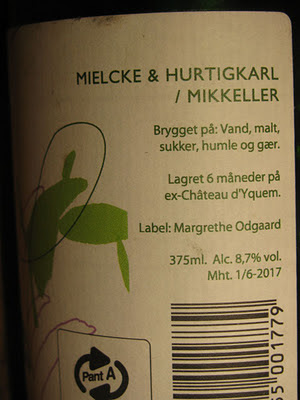 Nothing could top that beer so we switched directions and had a Black Damnation -- a 13% Imperial Stout collaboration between De Molen and De Struise. Very rich and very nice. 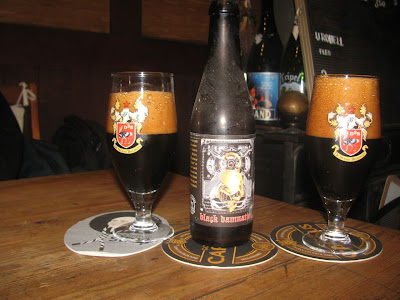 By now they were ready to kick us out, so one last beer: For me an Avec les Bons Voeux and Tom had a La Trappe Quercus (Oak Aged Quadruple) 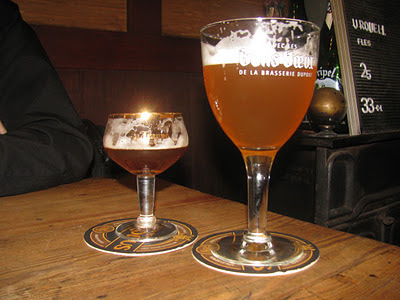 Tomorrow it is off to Brussels for the day, then Dublin on Monday.
Posted by The Mad Brewer at 1:21 AM