Work intruded Wednesday -- that plus the late night before -- so I got a late start off. First stop was Cafe Abseits.
By the way, for those of you walking (or coming in on the train) the rear exit from the Bamberg station is open, which cuts a lot of time off the walk. 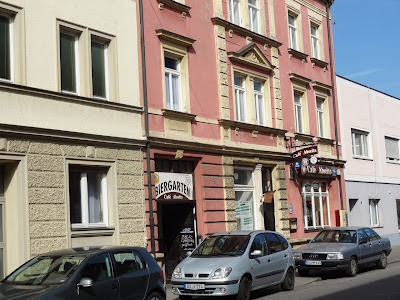 My "standard" beer there is the Mönchsambacher Lager so I started with one.  This is one of my all time favorite beers, so do no miss it if you get the chance. 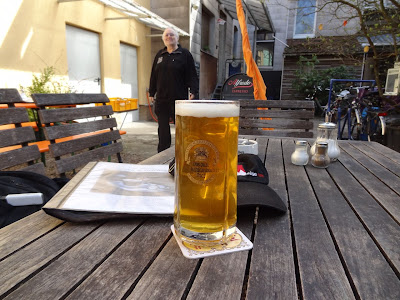 Soon after, Gerhard Schoolmann, the proprietor, joined me, bringing a bottle of tthe Weyermann Imperial Stout. 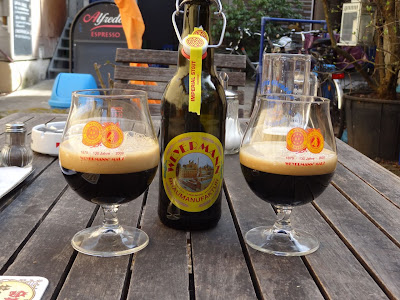 The week before I had drunk a number of Imperial Stouts at the Fred Bar in Atlanta. This held up well with them. The alcohol was "only" 8.7% and it was more along the traditional English Imperial Stouts (they did event the beer, after all) not the hoppy and stronger American cousins.

I had an appointment at Spezial so I just had time to try the Josephi Bock from Brauerei Grasser in Huppendorf. 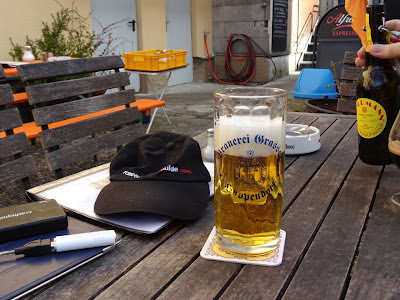 I need to try it again without the Imperial Stout aperitif -- it was good but a little sweeter than I like. I would choose the Keesmann first, but this would be a close second.

A had some time for a couple beers with a friend at Spezial... 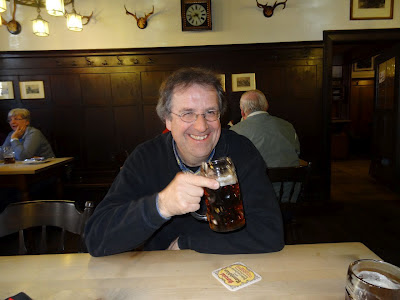 Then my ride came and we all headed out to Strassgiech, to the Zoiglstube at Drei Kronen.

This an Andreas Gänstaller's place -- he does the brewing and his wife runs the kitchen. Both are very good. He just had his kellerbier on that evening... 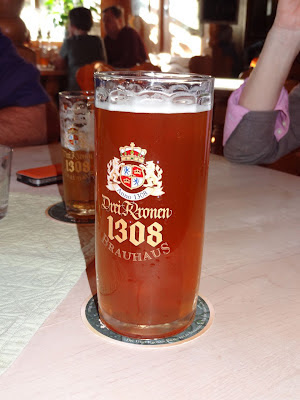 My standard dinner there is the Biertreberschnitzel - -a schnitzel breaded with spent grains. As always, it was wonderful. 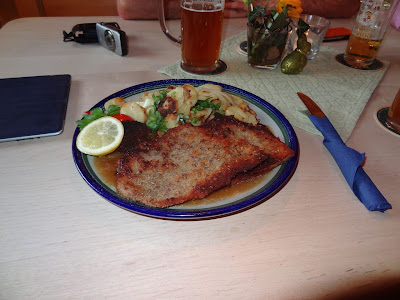 And later came by with some glasses of his next beer, a "smoked Märzen" -- along the general lines of Schlenkerla. It was very nice, but I don't think Schlenkerla is in any danger. 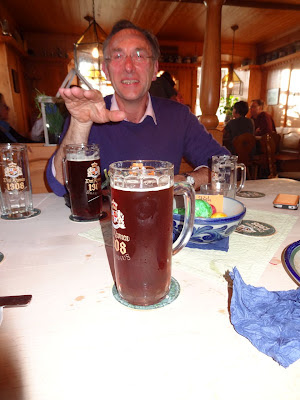 Speaking of Schlenkerla, I didn't stop there on the way home for a beer or three. But in the Scheme the crowd wasn't the sort that encourage pictures, so you'll just have to take my word for it.
Posted by The Mad Brewer at 7:03 AM