A little too much the first day, so I took it a bit easier -- at least at the start.
I headed over to Fässla for an early dinner. 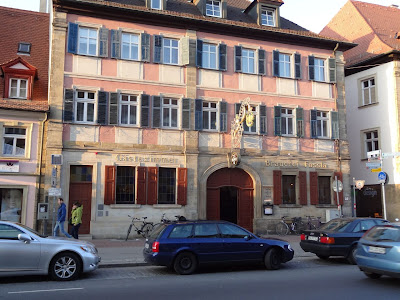 They have two beers on draft at the brewery, Gold-Pils and Lagerbier. The Pils is my go-to beer there, for for many it is the Lagerbier...


I had to wait a bit for the dinner menu. I started with a Zucchini-Mushroom soup. An interesting combination that was very good, 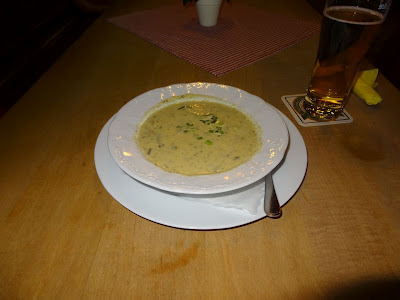 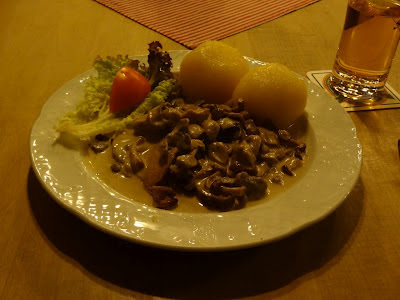 After a couple of Pils I gave the Lagerbier a try, Sometimes it has a bit too much diacetyl  (which can give it a buttery flavor) but this one didn't. A nice beer but I still prefer the Pils.

When I was at Mahr's yesterday, Keesmann was closed. Their bucks are usually pretty good and I wanted to check them out. 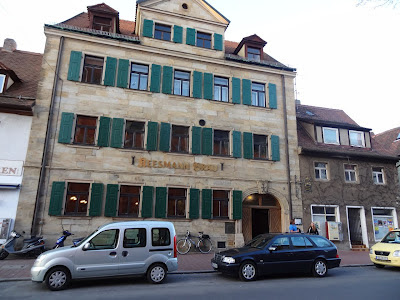 Trying to pace myself a bit, I started with their Sterla, and amber unfiltered lager.

I was standing in the Schweme, where you go to the window and order a beer. Standing and drinking does have a self-regulating factor. 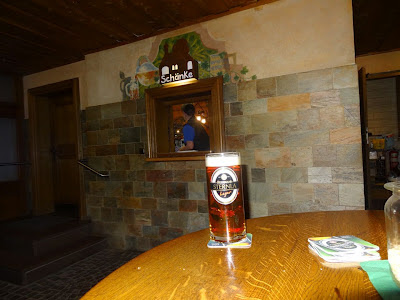 Then it was time for the Josphi Bock. This is a dangerous beer -- you can't really notice the alcohol, but it is there.

Self control went out the window and I had a second. If I had been sitting I might have had a third.
On the way home Schlenkerla was still open, so I had to check that the Märzen was still in top form. It was.
Posted by The Mad Brewer at 3:42 AM