Sunday turned out quite nice, weather-wise. Warm and mostly sunny. There was supposed to be rain in the forecast (and I felt a few drops in the morning) but it didn't come to pass.
I headed out to Spezial for a light lunch. 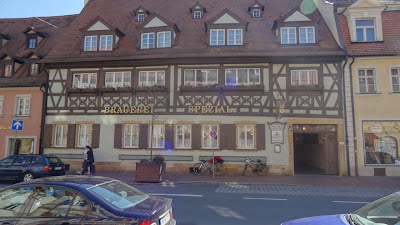 Soup and a beer (Leberknodelsuppe and Lagerbier). Just enough to take the edge off ones hunger. 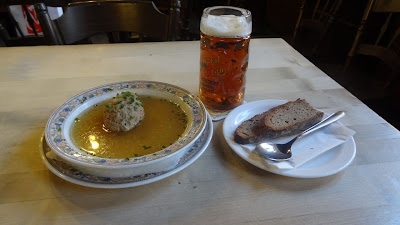 After another beer for desert, I headed down to Mahr's Bräu, hoping to try Der Weisse Bock -- Mahr's Lenten wheat bock. When I got there I saw the sign and got my hopes up... 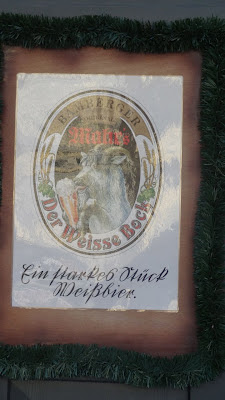 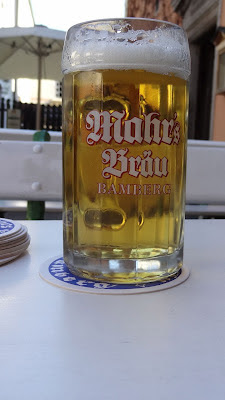 ...which was quite nice. As you can see from the picture, I was sitting outside in the courtyard. The tables in direct sunlight were all full, but it was warm enough that the shady ones were also nice.

By the time I was ready for another beer, the "U" had been tapped. 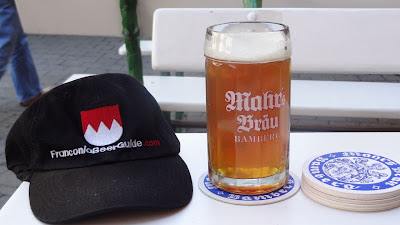 Last year I was a bit disappointed in the U but this was up to the old standards. So I had another.

I was about to head out but I saw one of the regulars who I had spoken with many a time. He only drinks the regular Mahr's Weisse, so inspired by him, I decided to have one. It has been many years since I had the regular wheat beer. It was quite nice: a bit of estery banana in the nose but none in the taste and nicely tart and just enough phenolics ("clove") to make it interesting. I won't wait years for my next one, that is for sure. 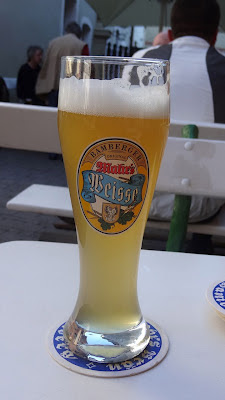 One of the think that impresses me about Mahrs is they brew both very good lager and wheat beers. 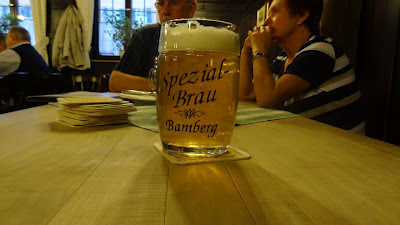 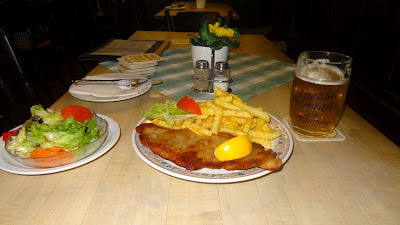 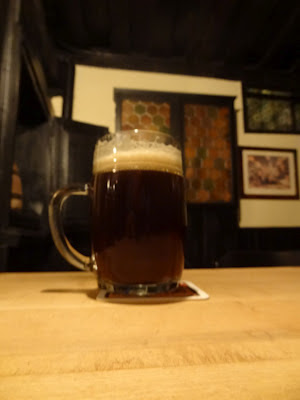 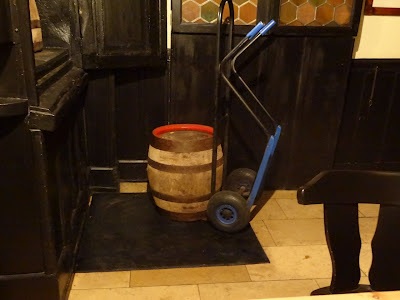