Day two of the GBBF and I was not scheduled to work.

We arrived shortly after opening and managed to score a table. Soon our friend Jeremy from Wimbledon joined us and we got down to sampling beers. 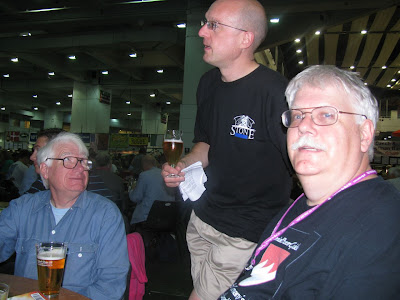 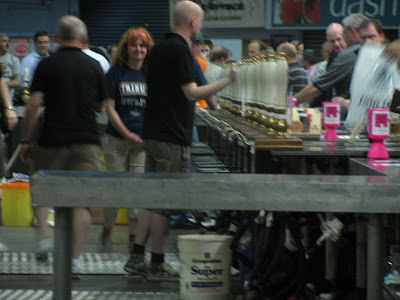 A long line of hand pumps 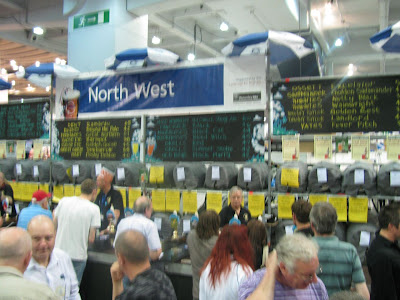 The bars are arranged regionally. 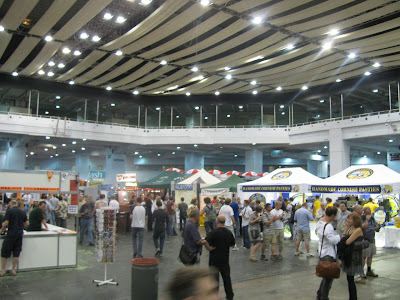 A hot of one of the food court areas 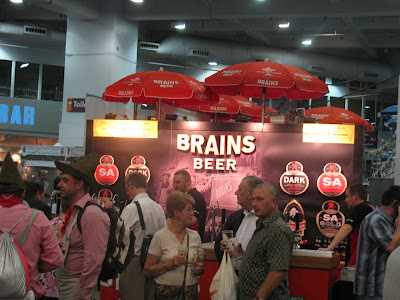 Brains is a Welsh brewer with a great name. 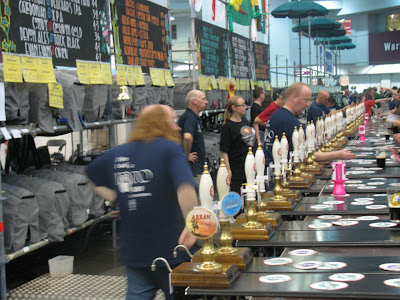 Another great shot of the hand pumps. They have a whole lot of these!

When the fest got crowded, we decided to go get something to eat, and also stop by Ye Old Mitre and see how their "Scottish Festival" was going. On the way, we stopped at Pendrel's Oak, a Wetherspoon's pub on High Holburn. This is our 32nd distinct pub on this trip. 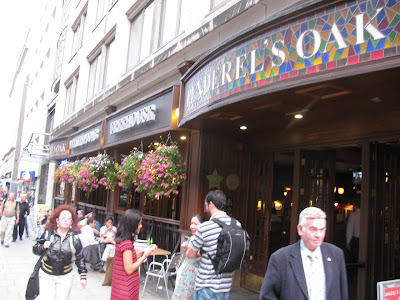 Pendrel's Oak, High Holburn, London
The Pendrel's Oak is set up like a like library reading room with bookshelves and comfy chairs and sofas. I had a Vale Brewing Wychert and Tom a Coach House Post Horn. With our palettes overloaded by the fest, it's probably not the best time to judge these beers. Both were well made and the Wychert was fairly malty. That is all I'm going to say. While there a couple of ladies in the next booth ask me to take their picture and it turns out one lives in Marina del Rey, about 5 blocks from where I do. The world is small. 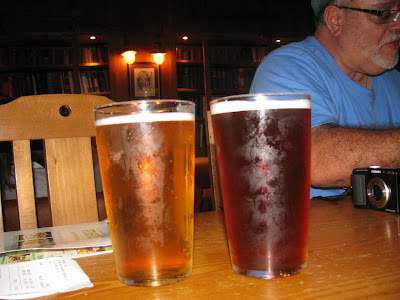 Coach House Post Horn and Vale Wychert
On the walk down to Ye Olde Mitre I came across this sign and had to take a picture. I don't know if Luis was making a statement here :) 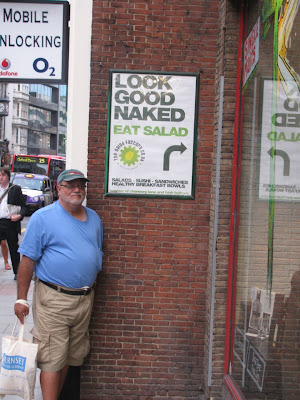 As we've said before, if you didn't know where to look, you might miss Ye Olde Mitre. Here is the entrance off of Hatton Gardens. 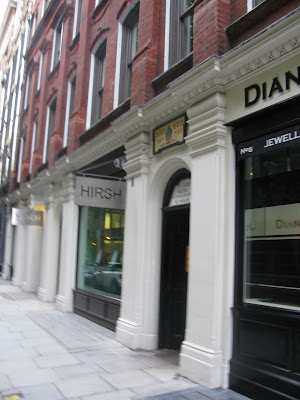 Entrance to Ye Olde Mitre
The "Scottish Festival" was underway, which really means the two guest beers were Scottish. Tom and I had the Orkney Brewery Dragonhead Stout. The other beer was from Physics from Brewdog and given that my two experiences with their beers on this trip where disappointing ("Storm" and "5am") I was included to pass. But Luis had a half pint and it was actually very nice so they are redeemed in book. 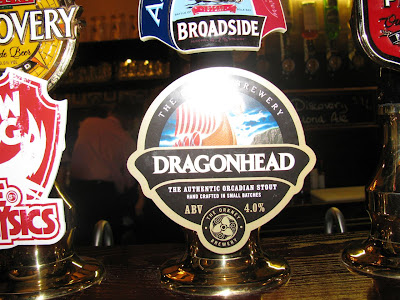 Tomorrow I work again at the American Bar so probably a light post as well.
Posted by The Mad Brewer at 1:34 AM

Just my bad luck that they have Scottish beer the one time I come down from Scotland to London!