While walking down a street a came upon this: The Dublin branch of the LA Burger chain "The Counter." 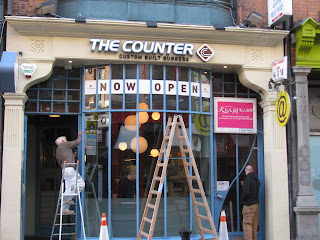 On the same street was a truck delivering kegs. For some reason I got a kick out the sign on the front of the truck. 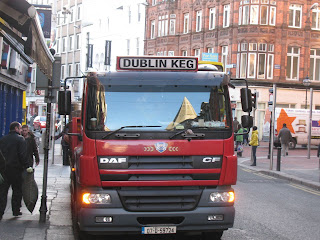 First stop was O'Neills. They open a 10:30am so it a good place to start if you want to get early start to the drinking day. I was told some pubs over by the produce market have "Early Hours" and are open a 7:30am, similar to the Market Porter in London. 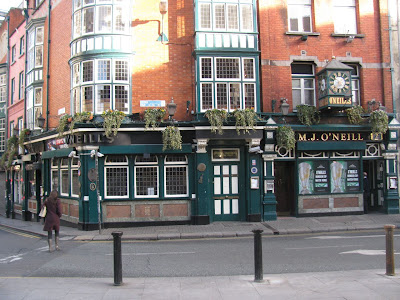 They have a nice selection of taps. The usual Macros, some German and Belgian and quite a few Irish craft beers. 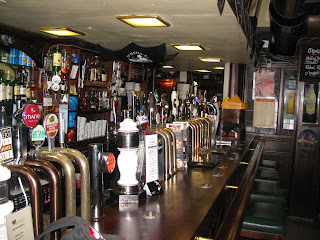 I started with the Blarney Blond from Franciscan Well. It was a good first beer -- nothing to challenge you but tasty and refreshing. Sadly, it was in a Guinness glass. 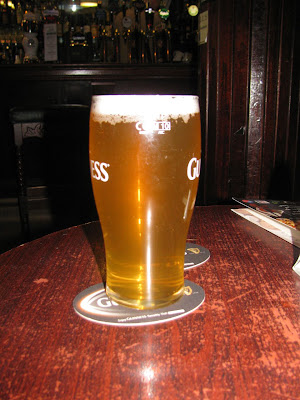 Next up was the Rebel Red from the same brewery. A nice roast finish. There definitely is a house character to the Franciscan Well's beers. 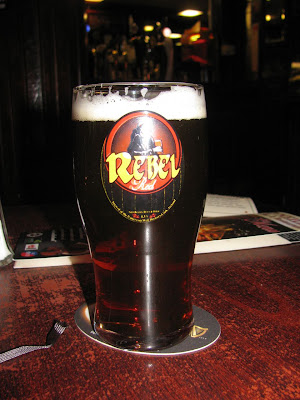 I decided to stick with reds and had the highly recommend O'Hara's red. Sadly, I think the keg (or batch) was a bit off. It had a quite distinctive sour note. Maybe that is planned but nobody who recommended it mentioned it to me. It's had to tell with these pictures, but it was an intense, dark red -- almost black. 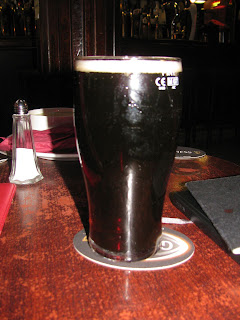 There was stout I hadn't yet had: College Green (Belfast) Molly's Chocolate Stout. So I rectified the deficiency. It was very drinkable but no real chocolate character. It will place farther down on my stout list. 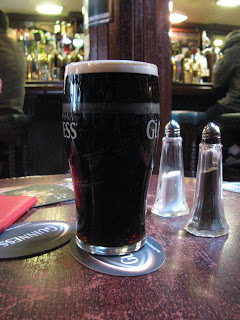 It was time to move along, so I headed up towards a fairly new place, Against the Grain on Wexford St. It is a "gastropub" in that there is a good restaurant as well. 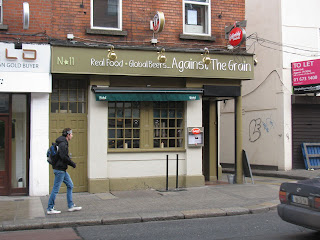 They are owned by the same group that owns the Bay Brewery in County Galway and a number of recommend pubs in County Galway. This is their first Dublin venture. They have a decent number of taps, mostly craft beers. 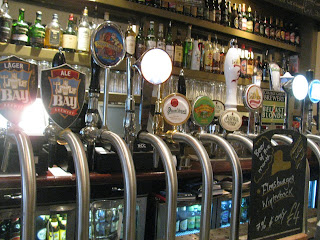 I started off with the Bay Lager. Well made, drinkable but not terribly interesting. I am sure I am not the target market for this beer. 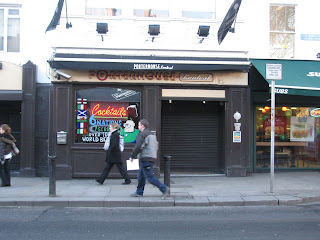 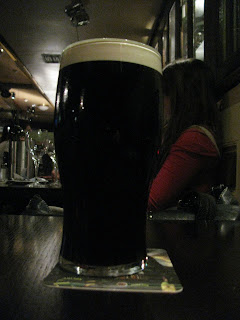 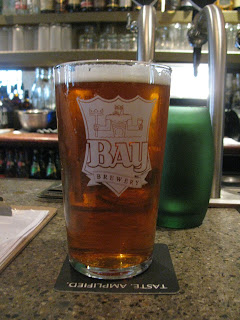 The Bay Ale was much more to my liking. I nice bit of hops and caramel and a little butterscotch as it warmed up. 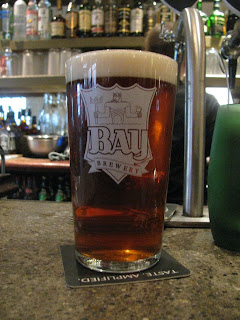 There was one beer I hadn't yet had called Phuca from Franciscan Well. It is their Christmas/Winter beer and it is fairly heavily spice with clove and nutmeg. I had just half a pint because the spices were pretty intense. This is a love it or hate it sort of beer. 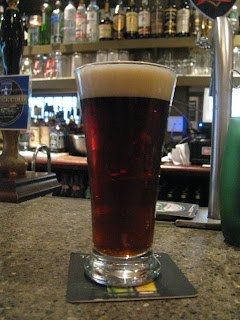 I wasn't quite ready to move along, so for a change a pace I had a whiskey. I asked if they had any peated Irish Whiskeys and the barman recommended Connemara. It was very nice -- a different kind of smokiness from a Scotch. 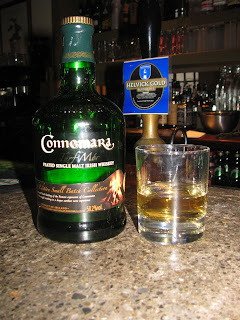 A couple of gentleman sat down next to me at the bar and one of them was in the beer business and had worked for the Porterhouse their first 10 years. He gave me some funny stores to relate when you have me in a bar sometime. I had an O'hara's stout with them but didn't photograph it because I have already.

I had signed up for a "Literary Pub Crawl" and I was running a bit late. I just had time to pop in to the 2nd Porterhouse venue in London -- Porterhouse Central. This is right across from Trinity College and has quite a different atmosphere than the original pub.

I realized that I hadn't had the Plain Porter yet, so I had one.

Not really the best time for this beer -- it should be early in a session. Not much was left of my taste buds at this point. I also realized I didn't have time for an Oyster Stout, so for the first time in my life I left a Porterhouse pub without drinking an Oyster. Oh noes!

The pub crawl was very interesting and entertaining.  We went back to O'Neills, which was the only pub with any interesting beer. So I took the chance to have the bottled version of the O'hara's Red and it didn't have any sour notes and was quite a good beer. 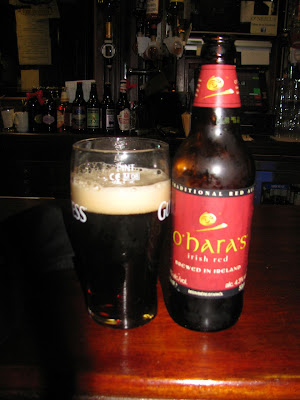