A Visit to the 'dorfs 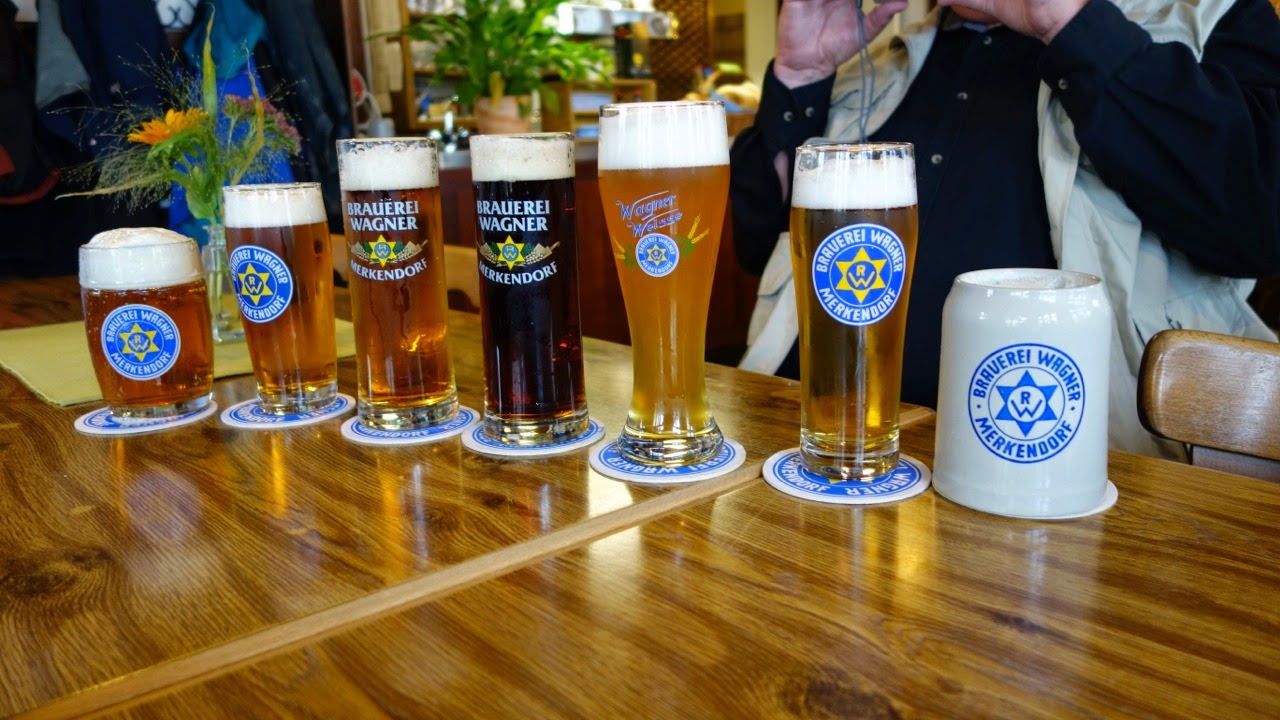 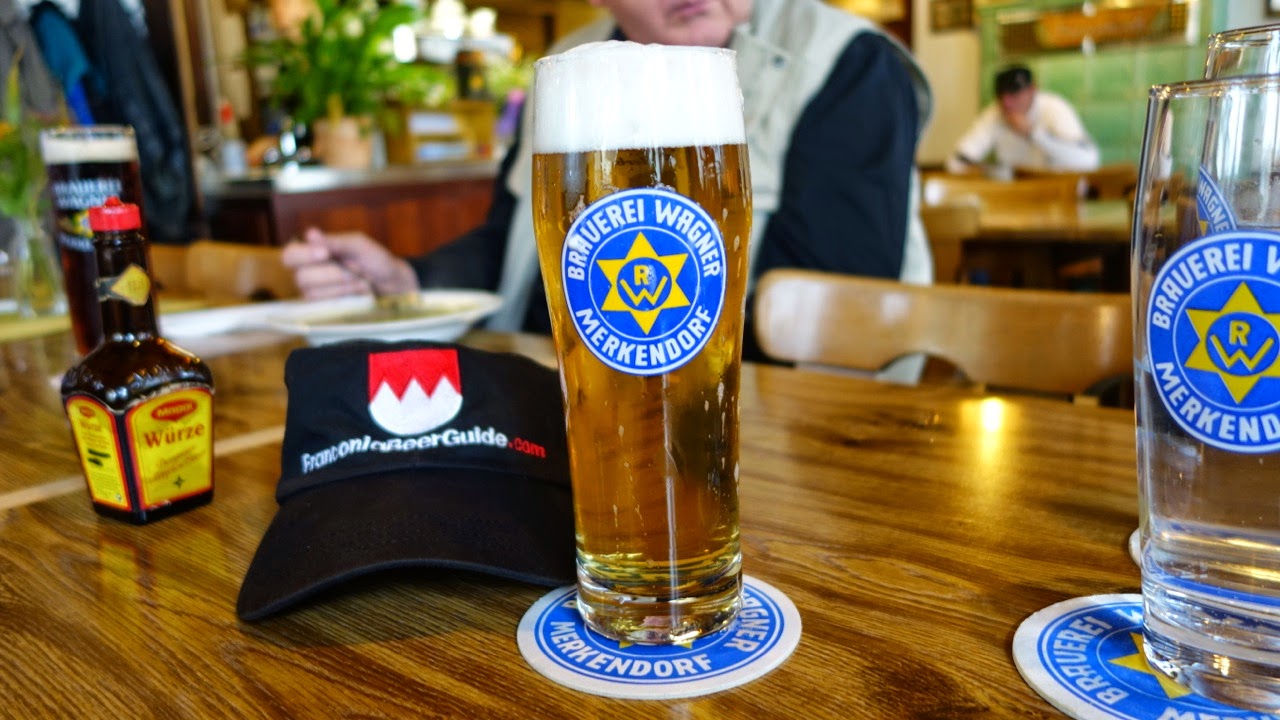 I went with the Pils as my second beer.

Then it was down the street to Brauerei Hummel. Their table card only listed six beers on tap but there was a seventh -- the Cowboy Schwarzbier -- just about everybody's least favorite at Hummel. 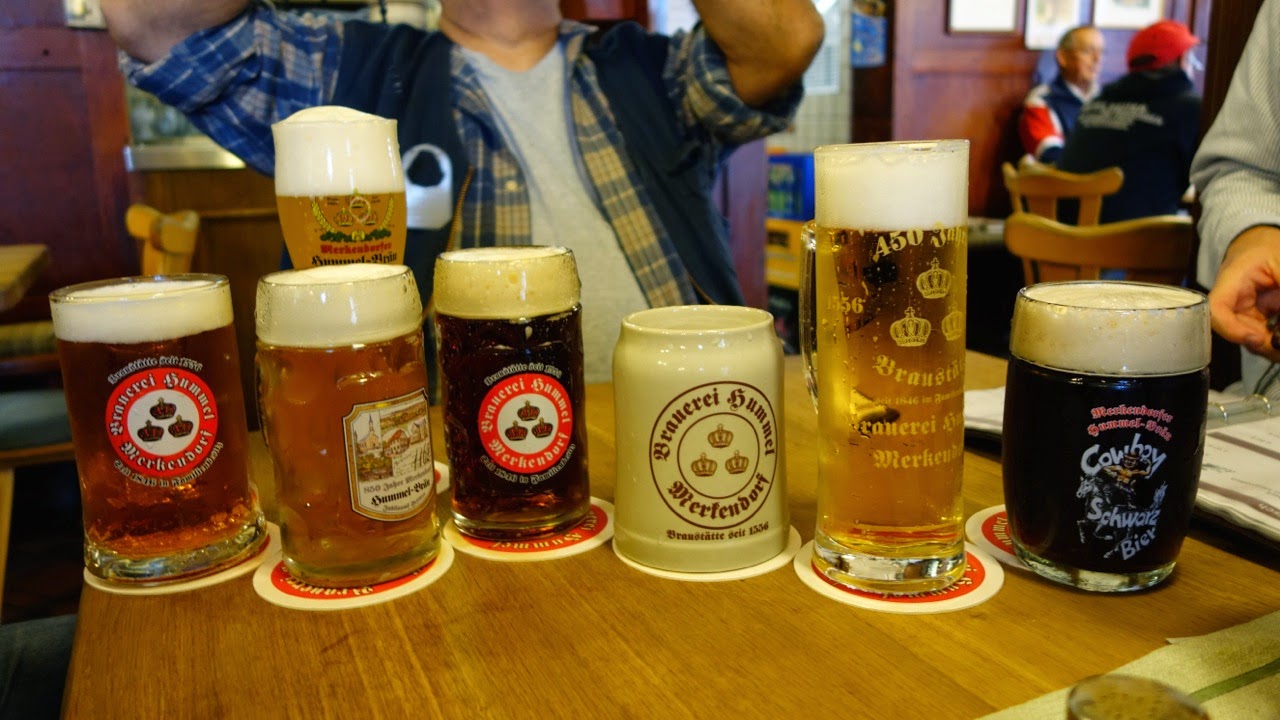 Märzen, Jubiläumsbier, Räucherla, Kellerbier, Pils, Cowboy Schwarzbier with Weizenbier in the back.

The Pils had a bit of diacetyl, the Schwarzbier a ton of it. The Jubiläumsbier was lightly smoked and my favorite of the bunch. The weizenbier was a little too sweet for most of our tastes.

Then it was back to the bus stop to take the bus back to Memmelsdorf. 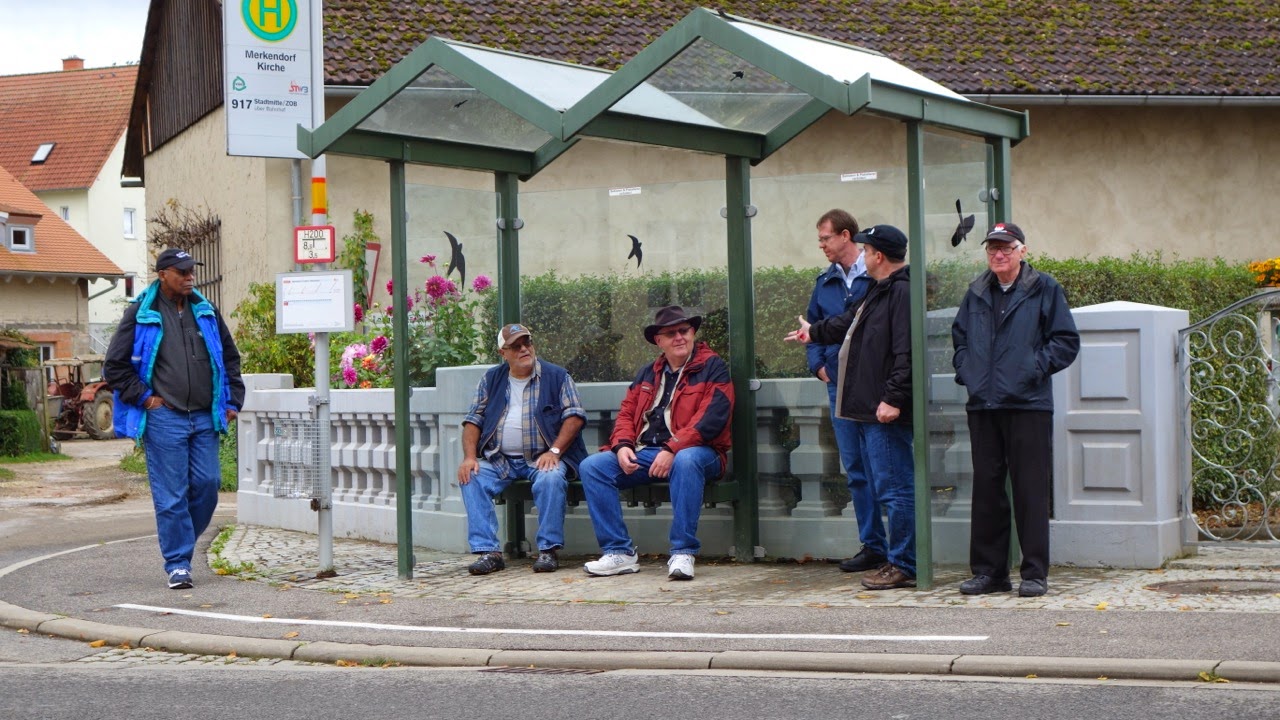 First stop was Brauerei Drei Kronen where they had four beers: the usual three (Stöffla Rauchbier, KellerPils and Lager). The seasonal was a "Franconian Alt" or FrAlt.

All were good. The consensus favorite was the Keller Pils but the FrAlt got good reviews as well. 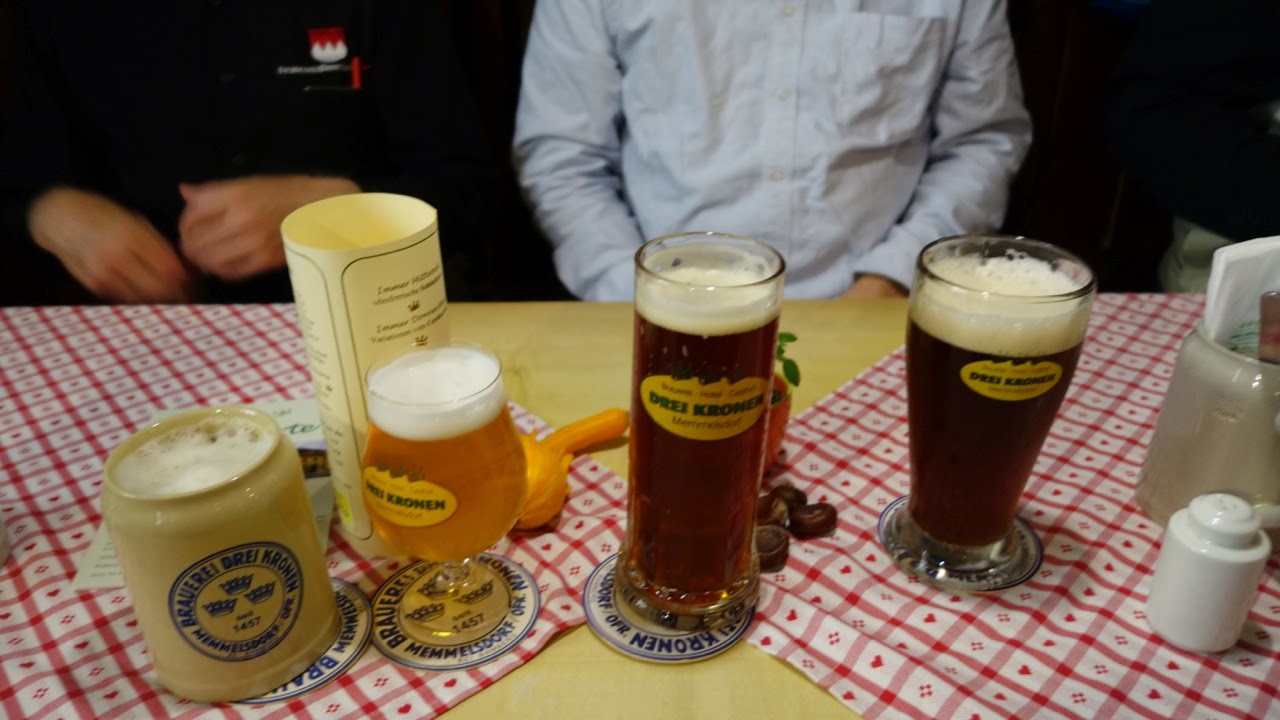 Then it was up the street to Brauerei Höhn, which had their bock bier on. 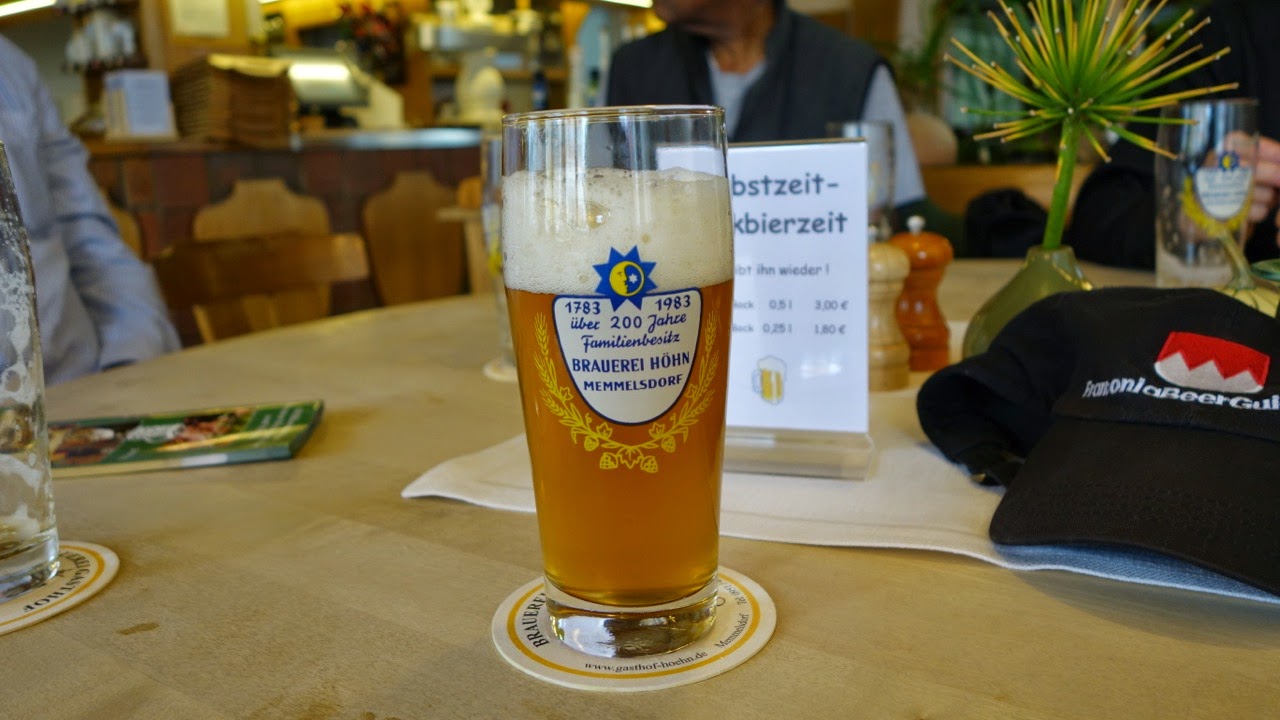 It was surprisingly drinkable for a 7.8% beer. It was one of the better beers of the day.

We then caught the bus back to Bamberg. We regrouped at Spezial then headed for Schlenkerla for a couple of Ur-Bocks, then walked up the hill to Stöhrenkeller which we had heard the Gänstaller Zwickl but that was replaced with the Keesmann Bock. The other beer was the Witzgal (Schlammersdorf) Lager -- one of my favorites so I went with that. I did taste the Keesmann bock it was very good as well. 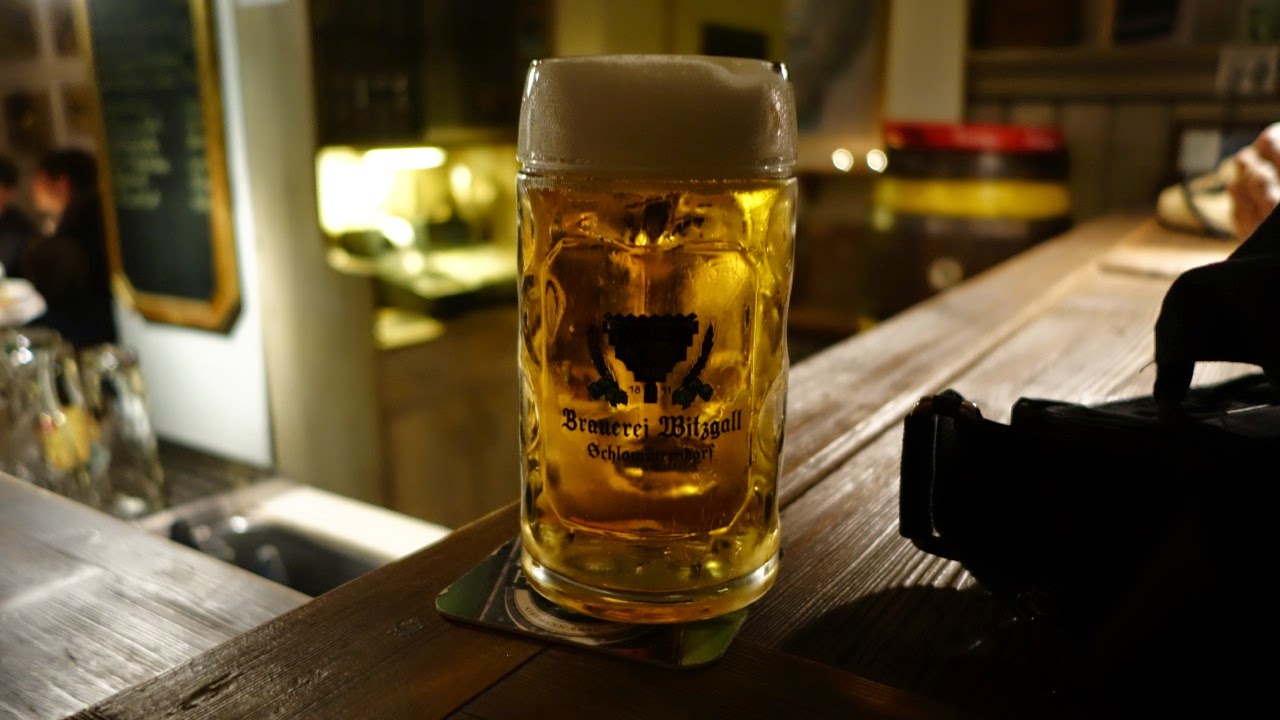