We Arrive in Düsseldorf -- then Essen

We are staying in Essen as there were no rooms in Düsseldorf due to a very large trade fair. But we managed to arrange a four hour layover in Düsseldorf -- cut short a bit by Deutsche Bahn running late.

Since "Sticke" is dialect for "secret" they don't advertise it. So I was relieved to see the sign when we arrived at Uerige. 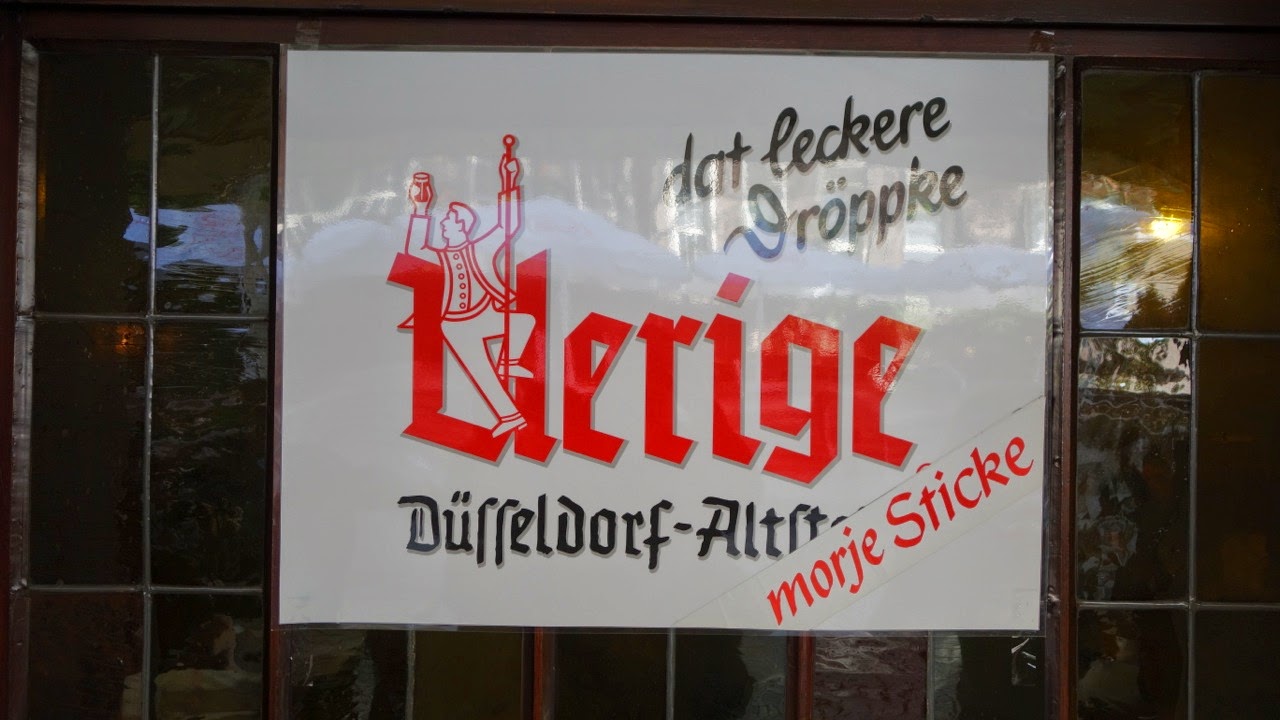 We were quickly served and almost as quickly drank ig. It was as delicious as I remembered. 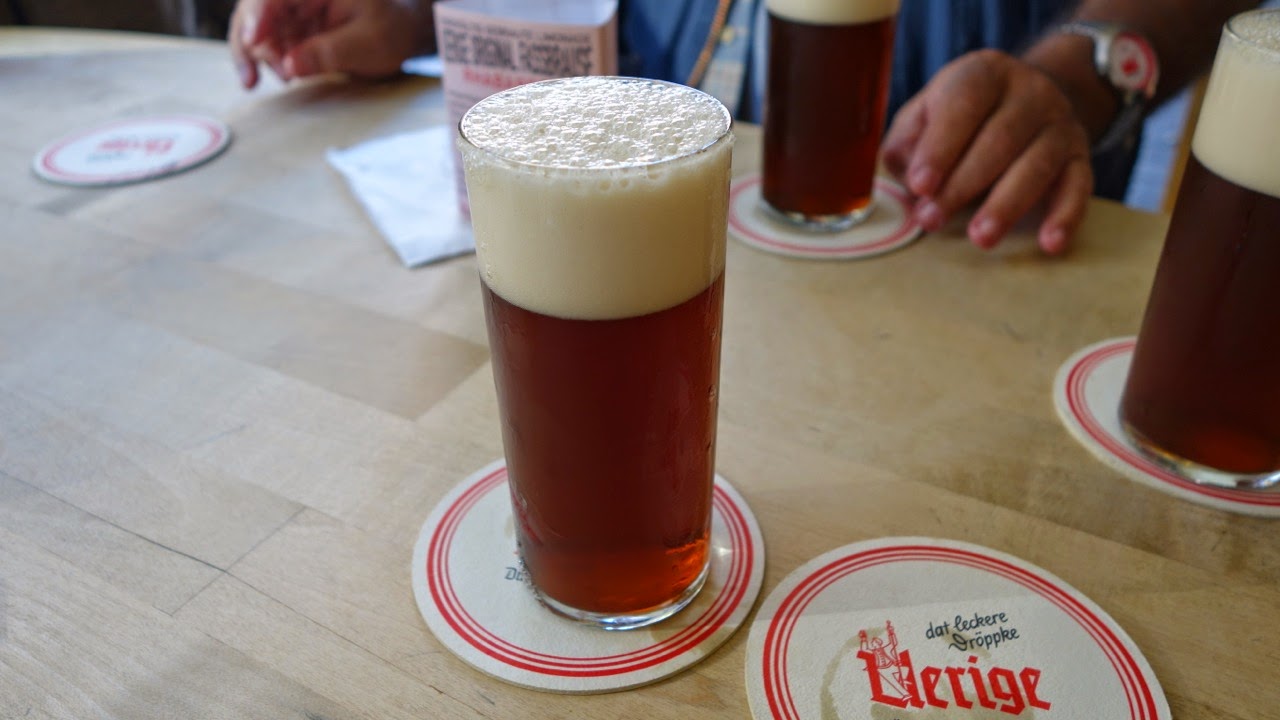 They opened the outside bar across the street so we moved over to a table and shortly the Frikadelle man came by. 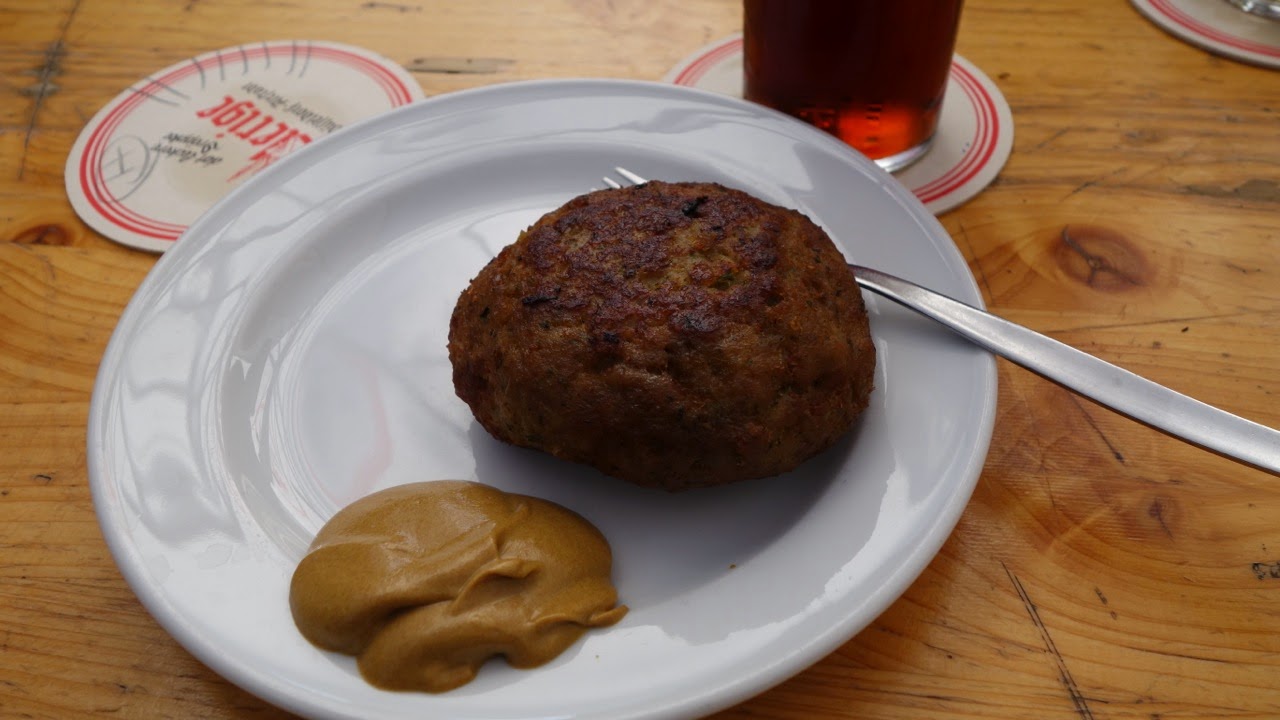 It's a tough choose as to which I like better -- the meatball or the mustard.

After 5 beers (they are small) we headed down to Jan Wellem Platz where there is a webcam. We stood in front of it for about 10 minutes to prove to those back home we were still standing. 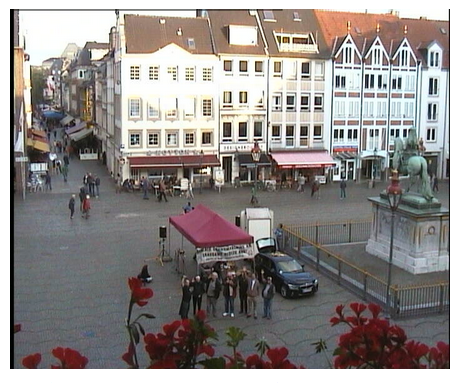 Then it was time for a quick beer at Schlüssel... 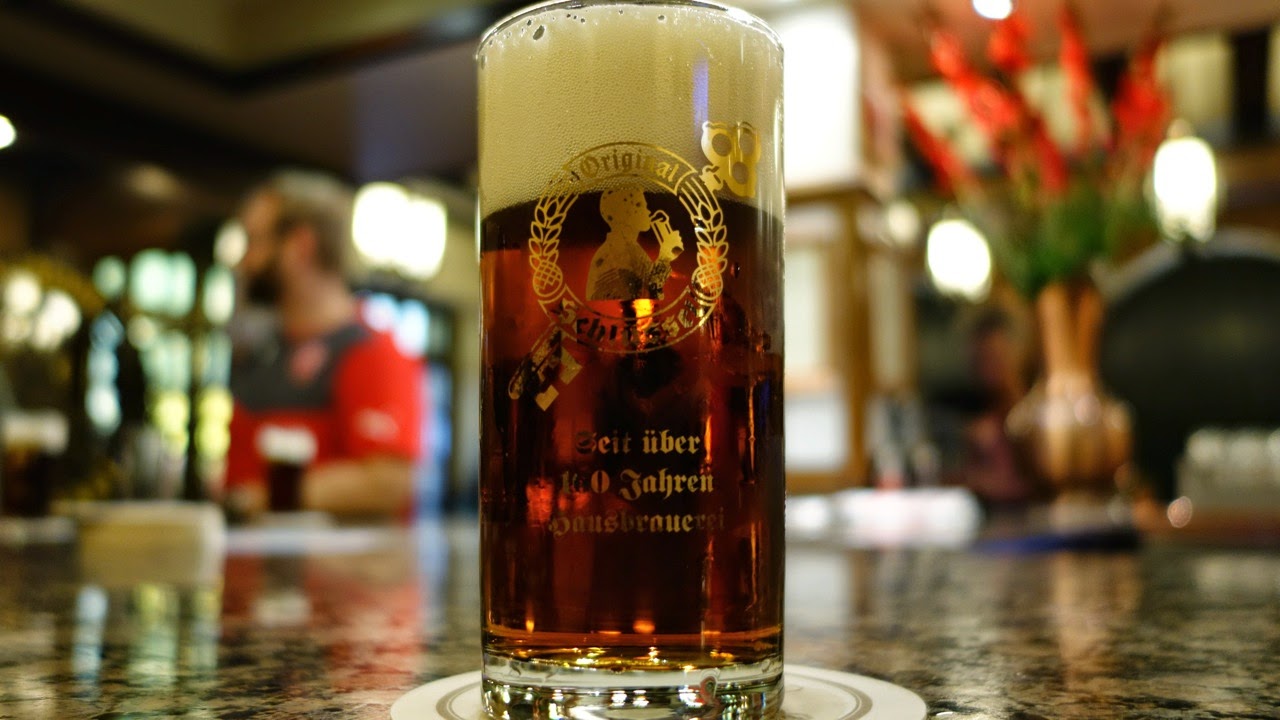 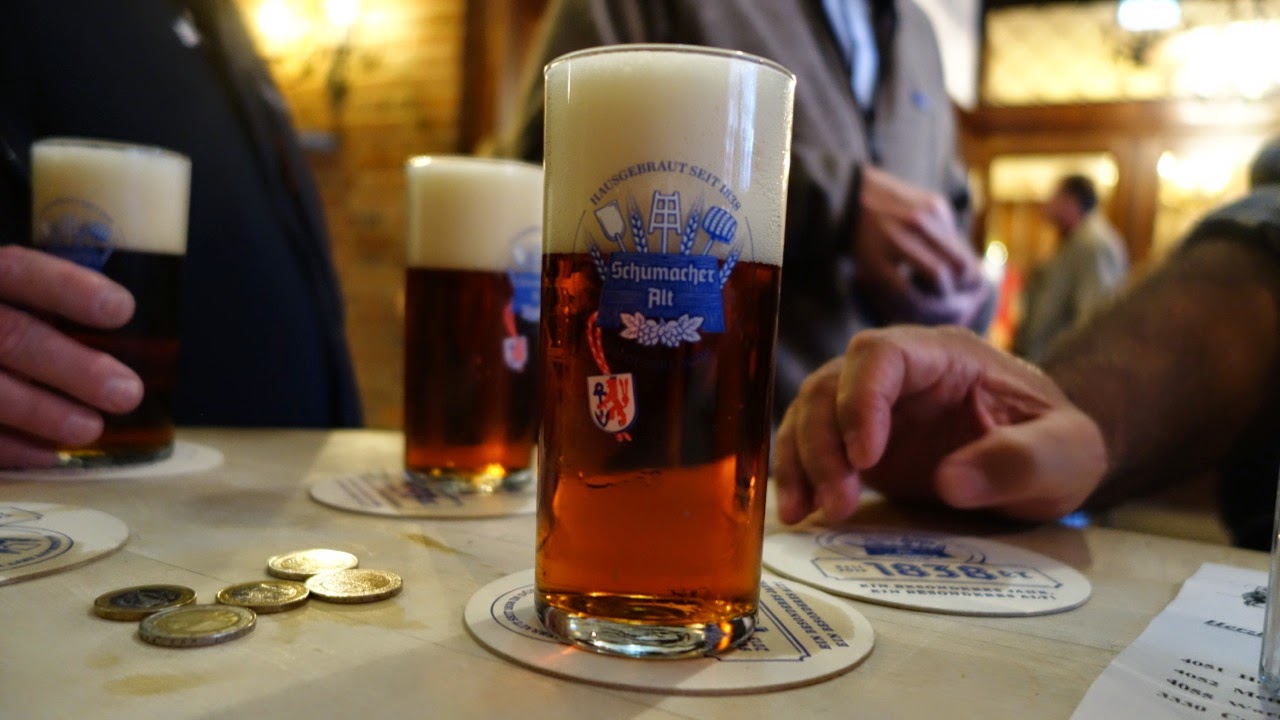 ...before catching our train to Essen. There is not much of a beer scene in Essen and what little there is we'll explore on Wednesday.
Posted by The Mad Brewer at 11:06 PM