We started the day at Cafe Abseits for lunch. The appetizer was a Mönchsambacher Lager, one of my favorite beers... 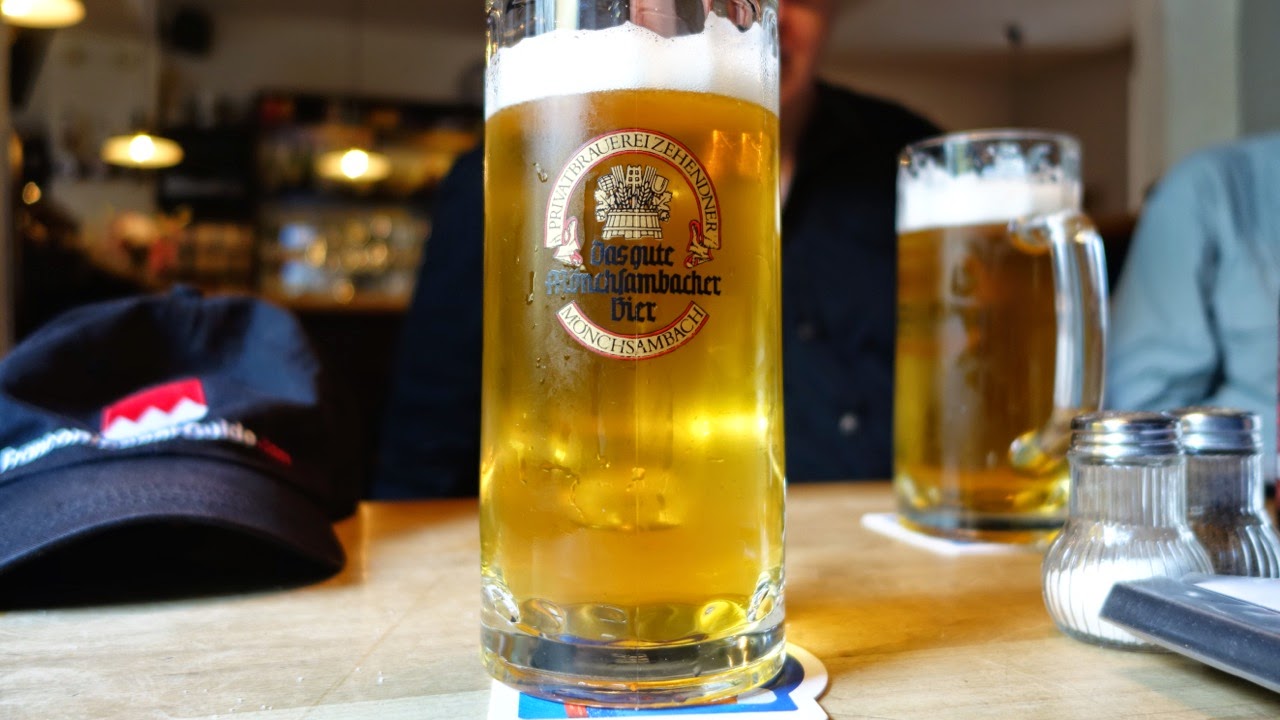 Followed closely by a Schnitzel Sandwich. I went for the regular instead of the XXL as I'd be having a schnitzel for dinner as well. 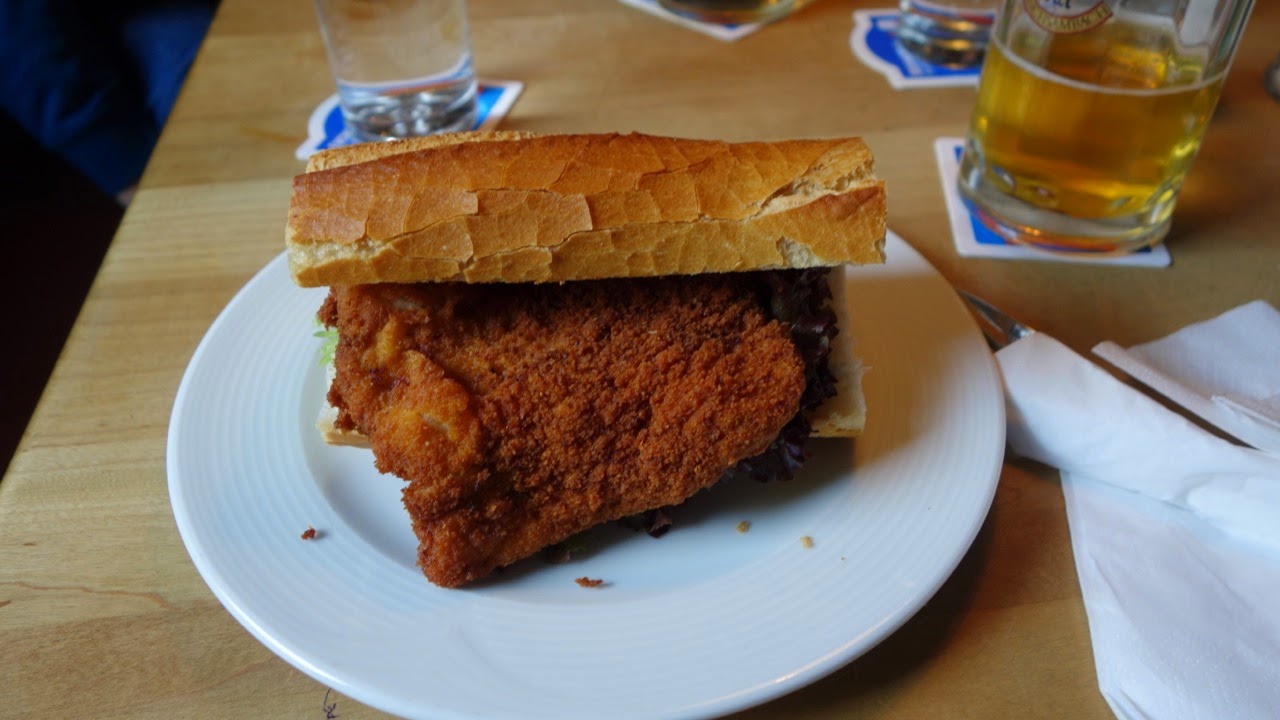 Gerhard (the proprietor) brought out a bottle from a Brazilian Brewery, called Bamberg (Cervejaria Bamberg). The brewery specializes in German styles. This one was a "Sticke" but at 8% it was more "Doppelsticke." It was right on -- maybe a tad more bitterness than the Uerige Doppelsticke but the malt profile was dead on. 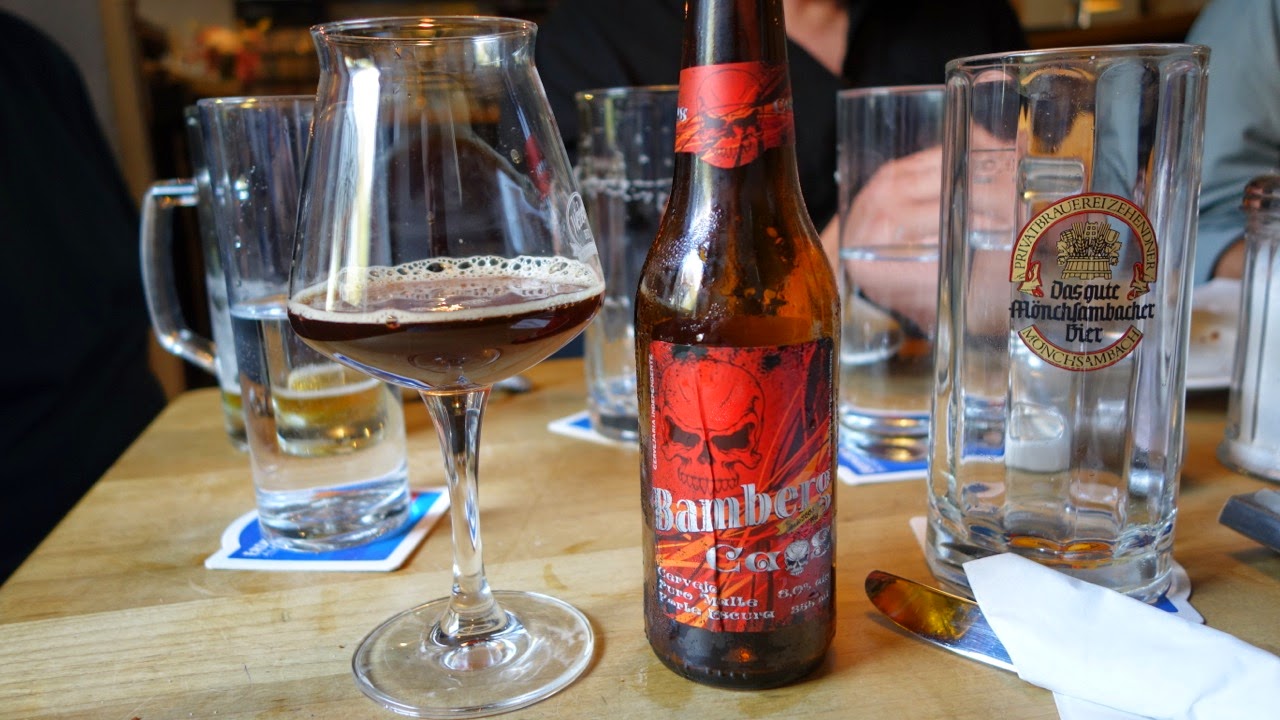 Next up was a beer from Pax Bräu in the far western part of Franconia. It seemed to be Belgian Abbey style Double and was brewed with wheat malt, honey and coriander. If you drank it blind you would think it came from Belgium -- or a US brewery making a Belgian style. 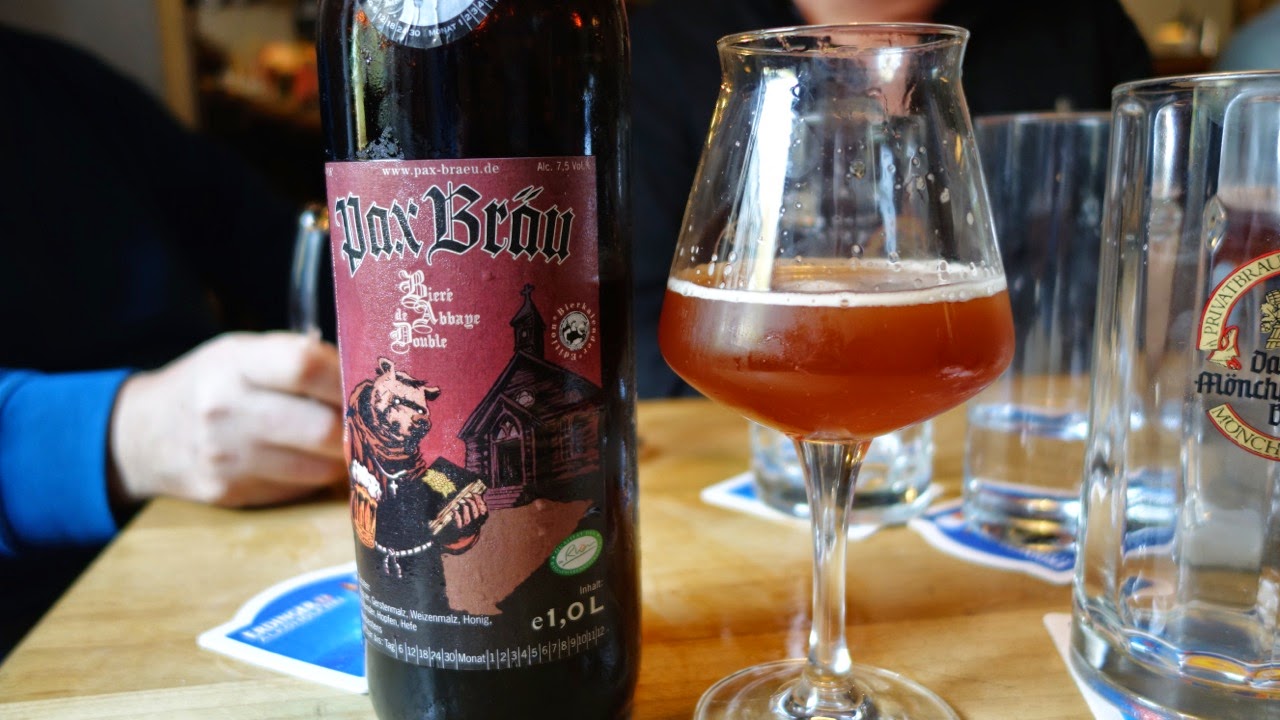 Next up was the Rossdorfer Bock from Brauerei Sauer (in, as you'd expect, Rossdorf). This was on tap but Gerhard also had bottles. This was a very tasty bock -- not too sweet and very drinkable. 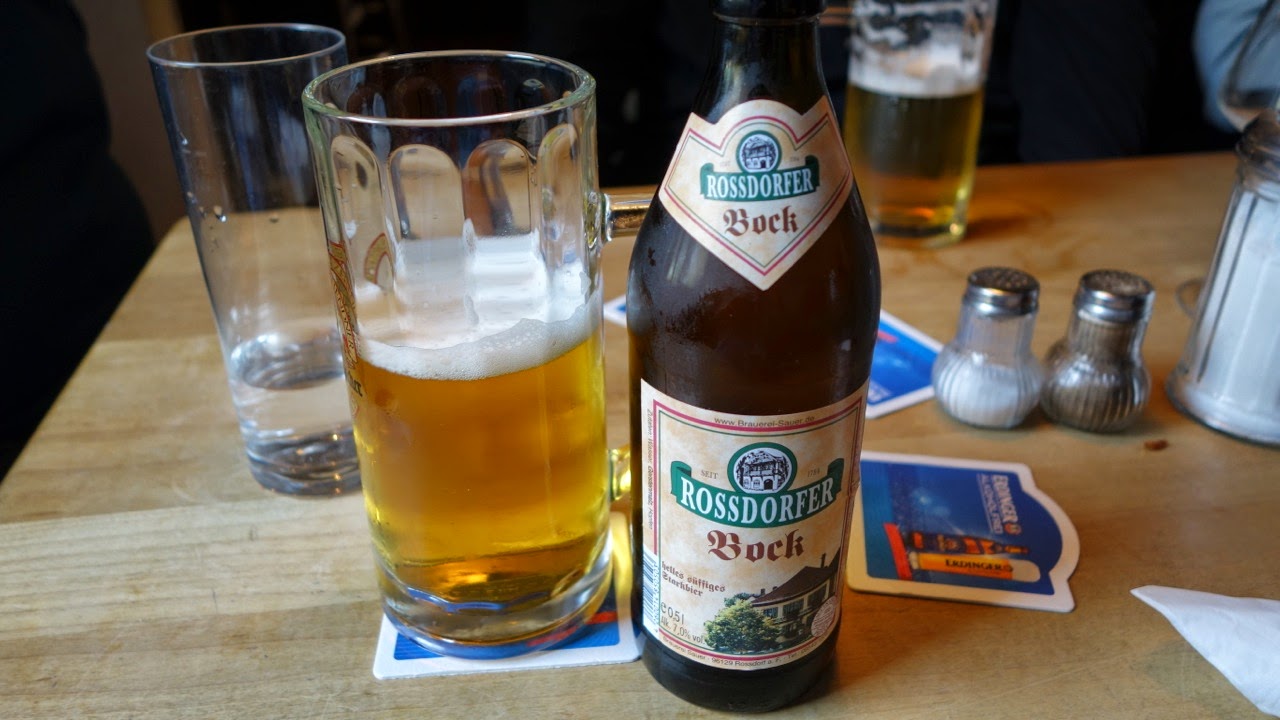 Cafe Abseits has new hours, they are closed between 2pm and 5pm every day except Sunday. So it was time for us to leave and head to Keesmann.

The Keesman bock has often been one of my favorites for the season. This year's was good, but a bit too sweet to make it to the top ranks. 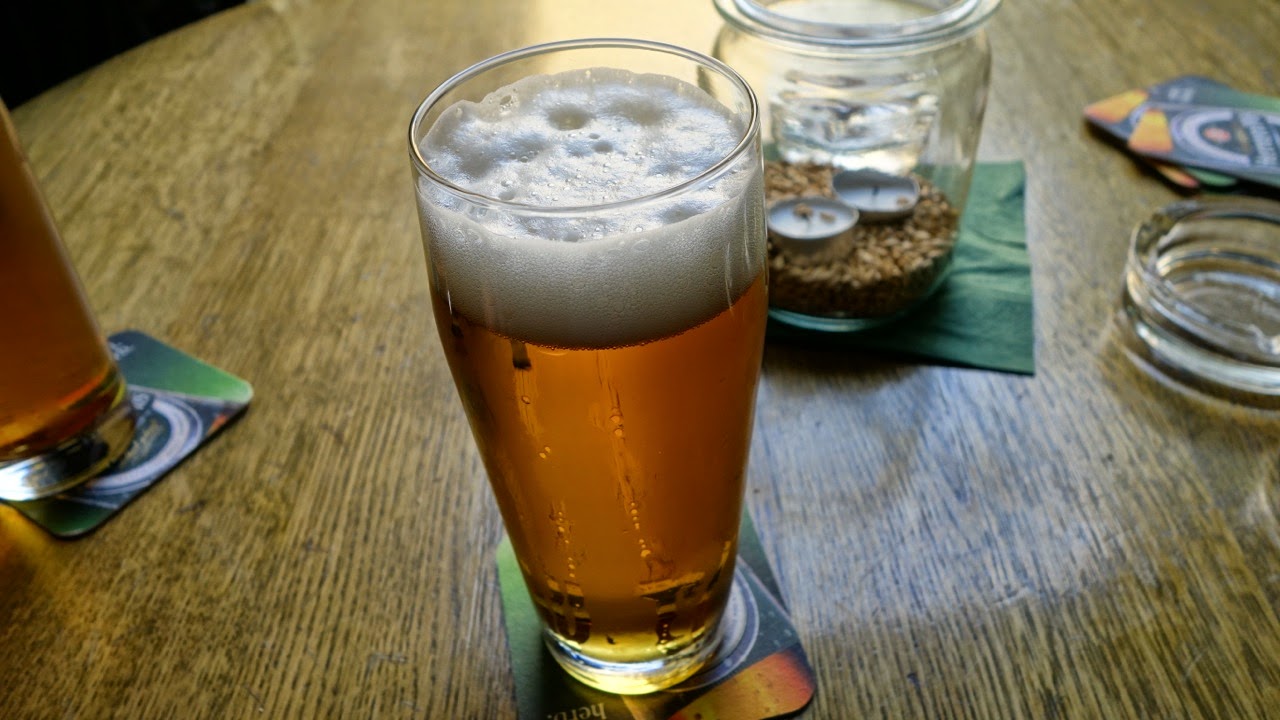 Then it was across the street to Mahrs, where we had a reservation for dinner. We started off with the U, which was very good today. 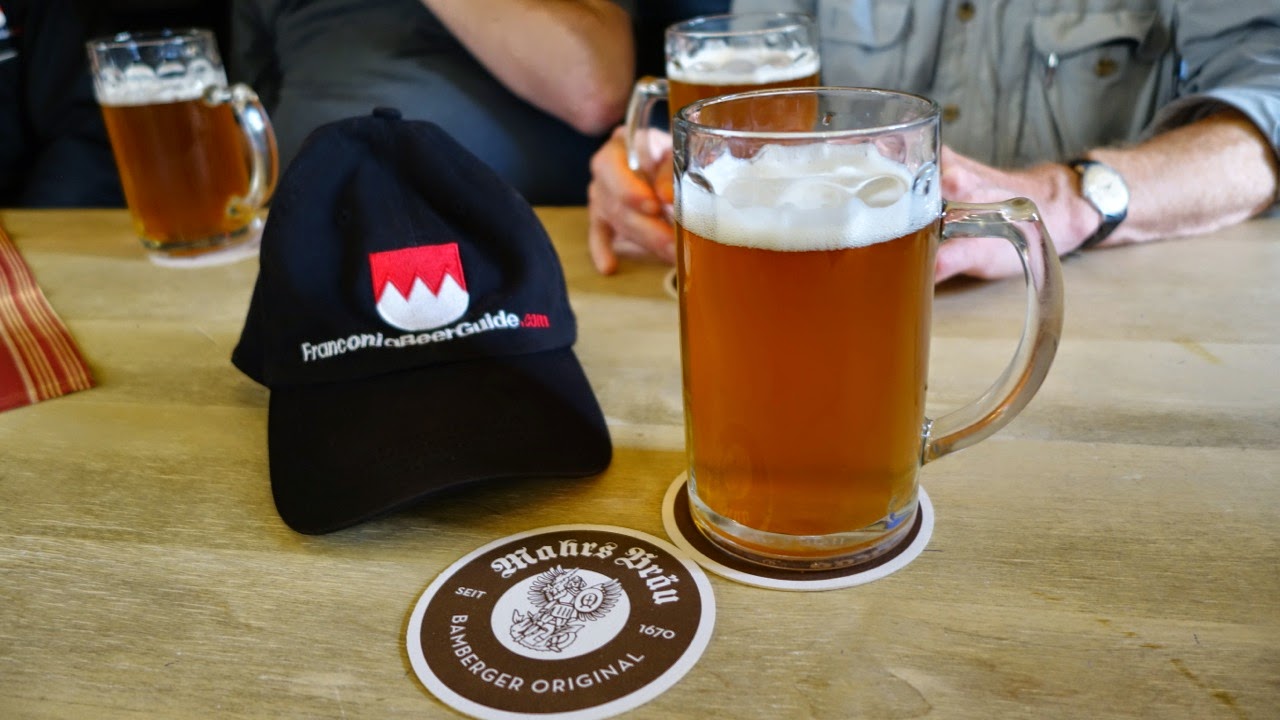 For dinner it was the Biertreberschnitzel -- a schnitzel breaded with spent grains and an onion and beer sauce. This is basically the same recipe that used to be served at Andy Gänstaller's place in Strassgiech. The Strassgiech version was better but this one is worth having. 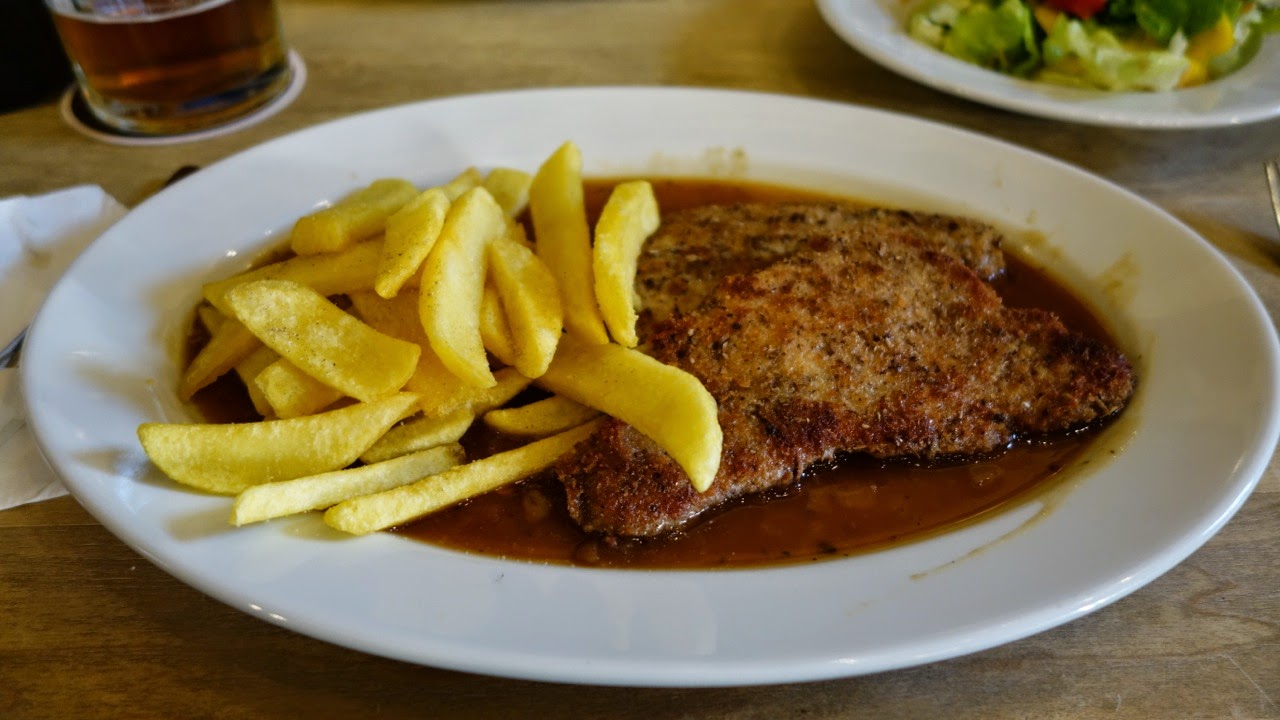 I had the Mahrs bock with dinner. It was good but also a bit on the sweet side. One was enough. 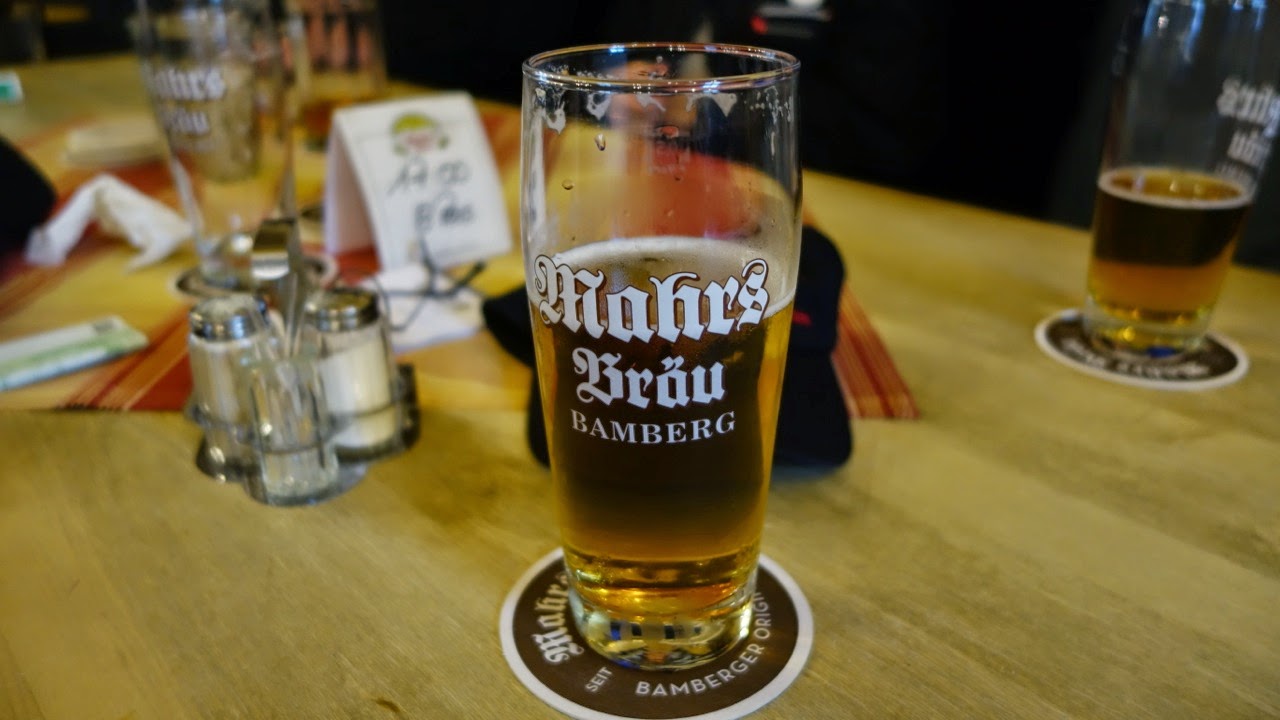 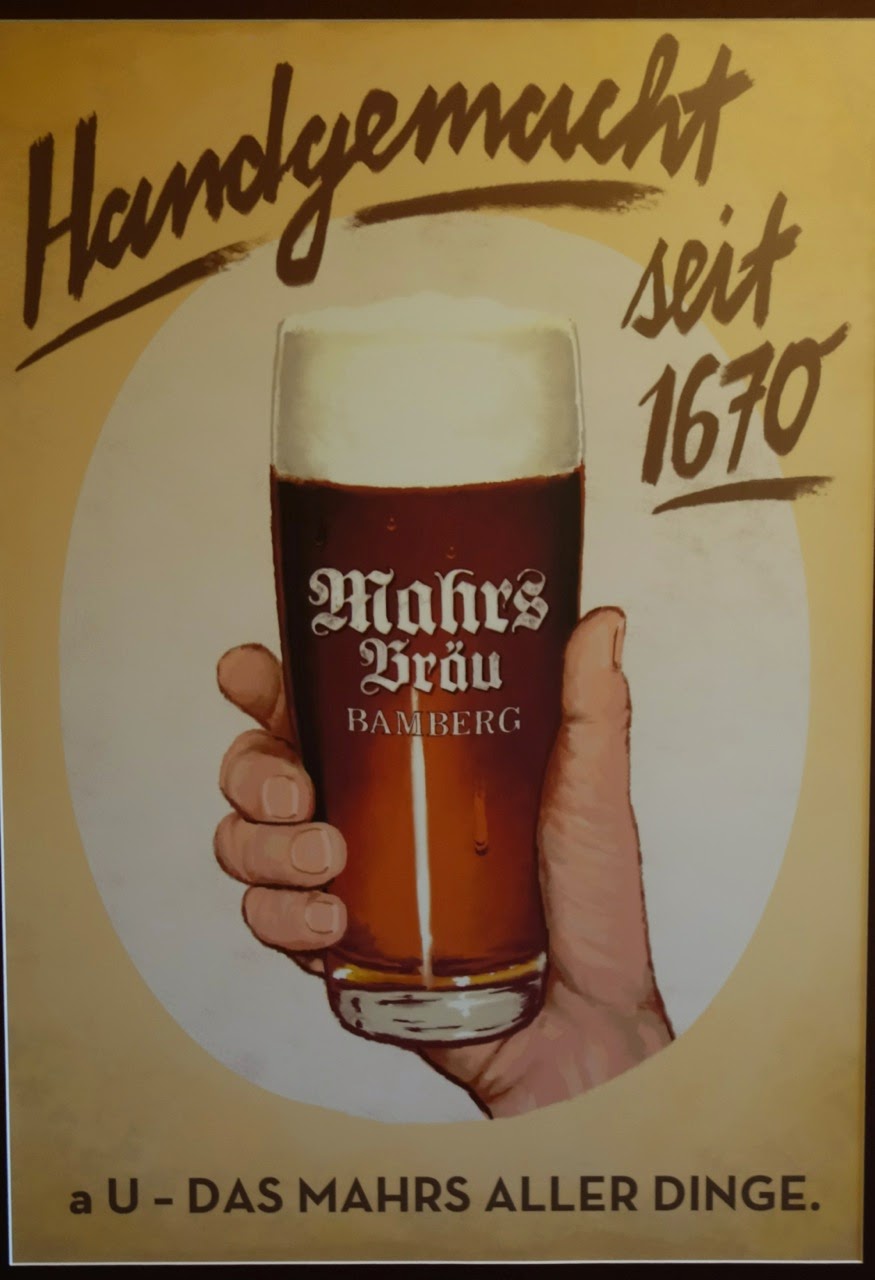 We headed back towards the Altstadt with a stop at Eckerts on Oberemühlbrücke where they have the Gänstaller Zwickl beer on draft.

This one was delicious and I wouldn't have minded a few more but we were sitting outside and it was getting cold, so we moved on. 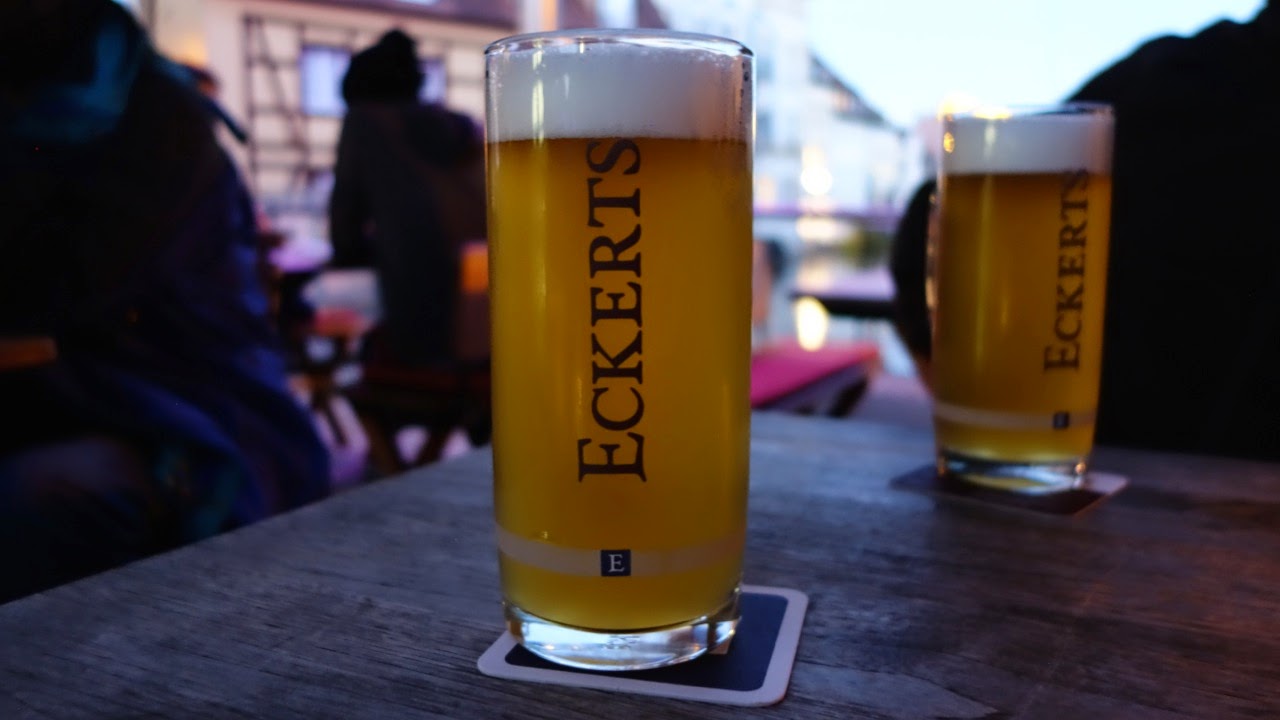 Literally around the corner is Klosterbräu. I had see a few people's "trip reports" online praising the beers here. I haven't had a decent beer here in years, but in the interest of science we stopped and ordered a Schwärzla and a Braunbier. 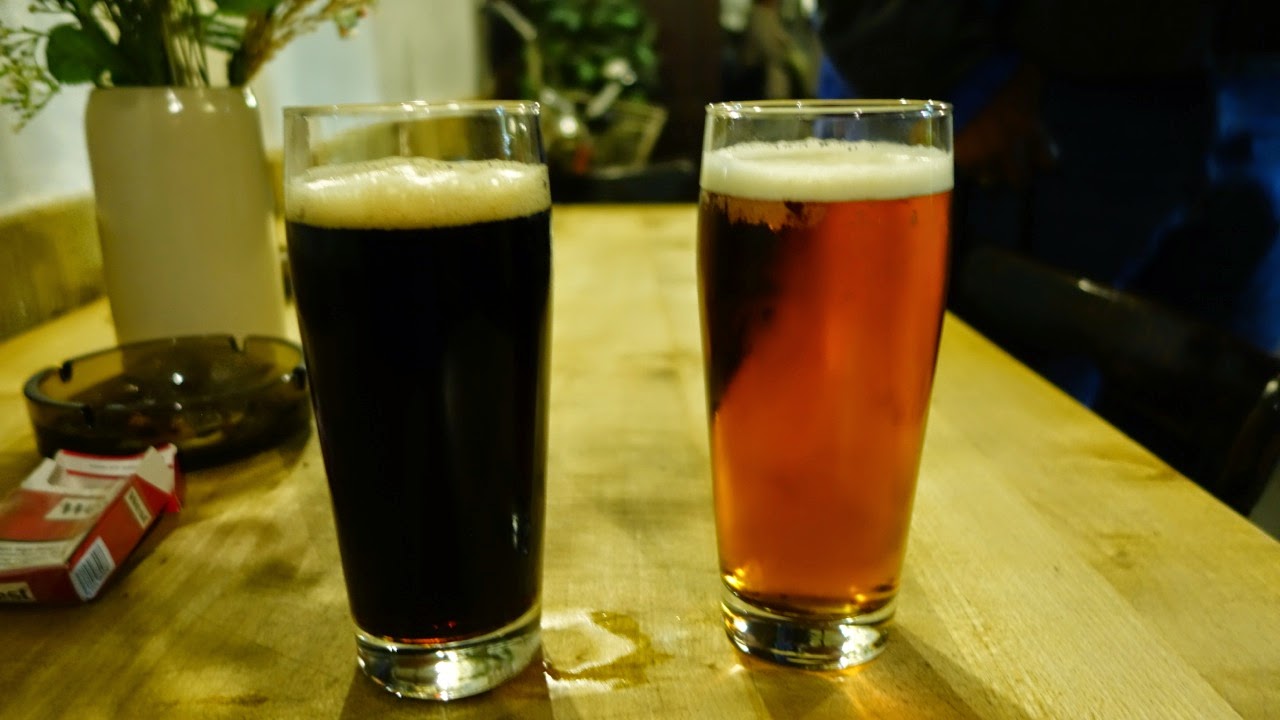 First off, the bartender ripped me off and charged me an extra Euro, which is really adding insult to injury as Klosterbräu is already the most expensive brewery in town. In the past they have either been  a diacytal bomb or had strong soapy flavor (which is a sign of infection). These were neither, which is a good thing I guess, but neither was really drinkable with some weird flavors. Between the four of us we barley managed to finish half and just left them.

We decided to call it a night and headed back to Spezial (where we are staying) but decided to stop a Fässla for a night cap and to rinse the awful Klosterbräu from our mouths. 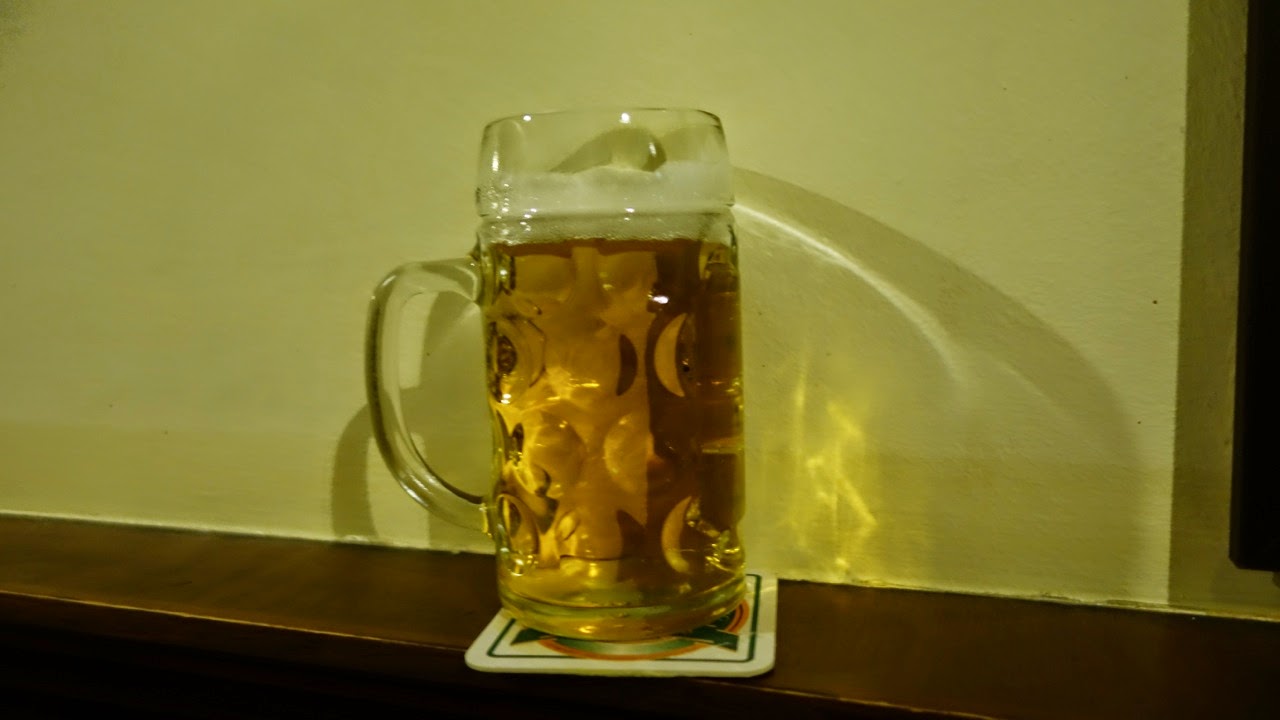 The Fässla Gold PIls was wonderful -- crisp and clean and nicely hopped (for a Franconian beer) and a fitting end to a mostly good day.
Posted by The Mad Brewer at 1:41 AM