Note: I have to run to catch my train -- I'll finish the text as I can.
We decided to have our traditional bowl of soup and a beer (or two) for lunch at Spezial. I know I've posted pictures of this beer, but it's my favorite in town so you get some more...
There is a wonderful tradition in these parts that after having a beer or two you can order a "half beer" -- called "schnitt" (literally "cut"). This is usually half the price of a full beer (so it's a good deal) and if you are a good customer you may get a "good schnitt."


On the way back we did some shopping and other errands. We passed by Schlenkerla for maybe the third or fourth time in the pass two days without going in. That could be taken as a sign of dis-respect, so we went in. They don't serve beer in anything smaller than a half liter but that was too much my Father so for a small fee I offered to drink half his beer for him. He accepted.

When half was gone I bought a Fastenbier for myself. I'd make that deal any day of the week.


The evening's plan was to head out to Strassgiech, where in the old Drei Kronen pub Andy and Manuela  Gänstaller are opening a new place. Andy will brew the beer in the old Friedel brewery in Schnaid. Gerhard Schoolmann of Cafe Abseits offered to drive my father and I out for the "soft opening."
On the way, we passed near Merkendorf were Brauerei Hummel has recently added a Zwickelbier to their extensive lineup. So we had to try it.

They have a quiet extensive list of beers. The five in the picture below doesn't include the Zwickel so they actually had six different beers on draft. Quite a lineup for a small rural brewery. And a word of advice -- avoid, at all costs, the "Cowboy Schwarzbier." You have been warned.

The bottle selection is also quite large. The Räucherator was hard to pass up but this was just a quick stop.


We all thought the Zwickel was a little clear for such a beer. It was good, though. Pretty close to the Kellerbier in flavor (which is in the small krug below) 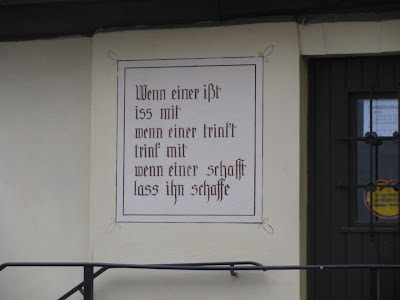 A short car ride later we were in Strassgiech. 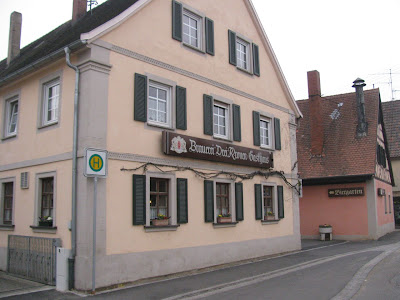 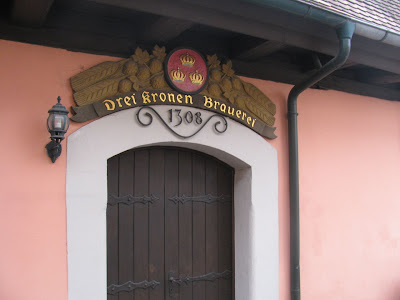 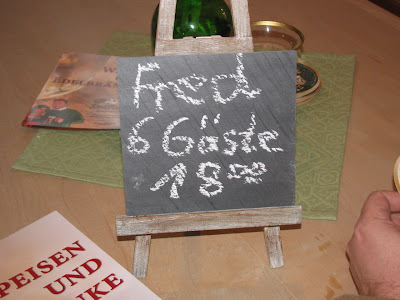 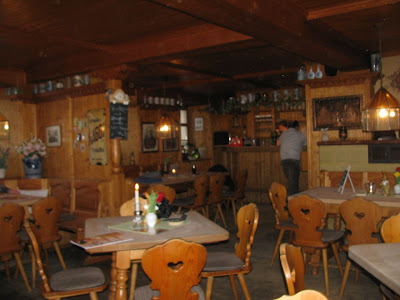 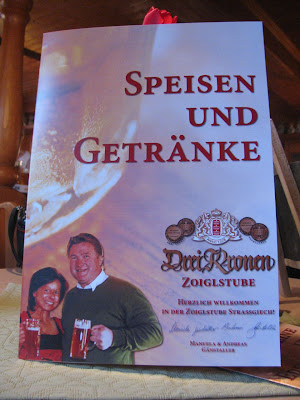 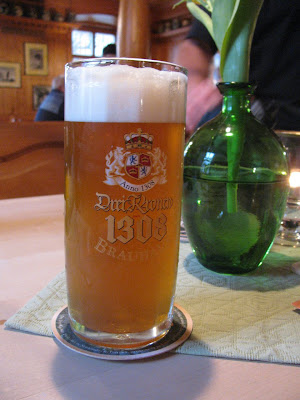 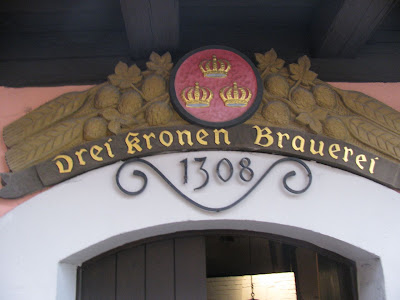 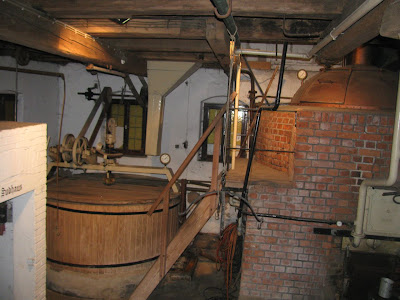 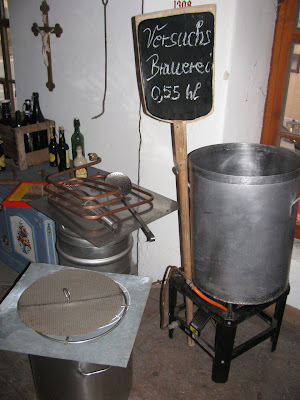 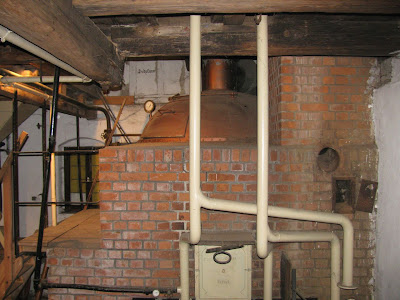 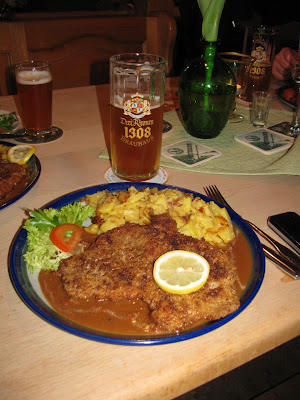 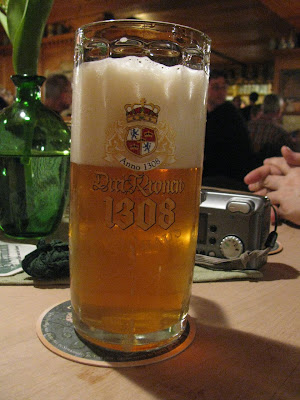