Another Day Wondering Around Bamberg

Started off the day with a Gold Pils from Fässla -- just across the street. I do think I like it better than the Keesmann Herrn Pils, though both are good. 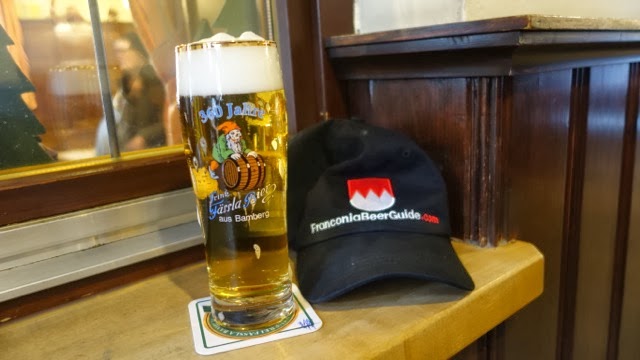 Window from the Schwemme into one the inside rooms. 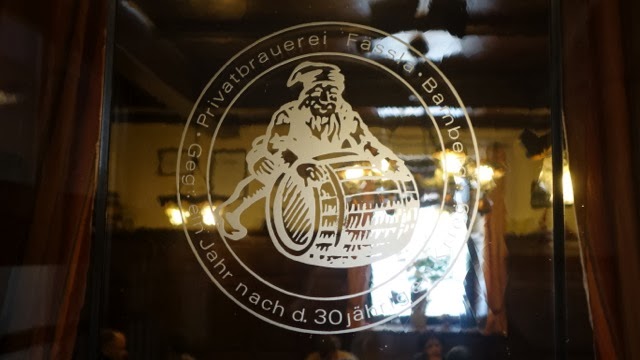 I wondered around for a while taking pictures with the new camera... 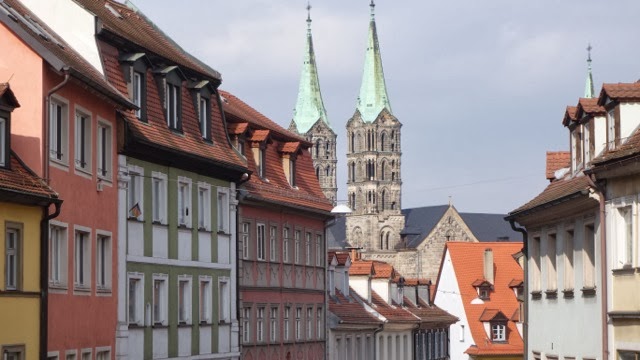 Put I soon was thirsty and hungry and so stopped a Schlenkerla for lunch and a beer -- which somehow turned in to four beers. It was just so pleasant sitting there. 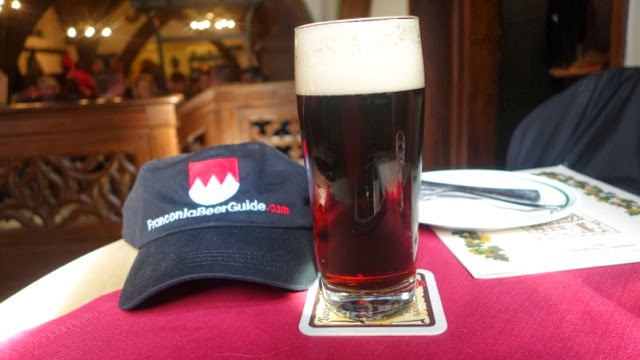 Lunch was a Bamberg Onion -- an onion stuffed with ground meat and a sauce many with the Schlenkerla Märzen. 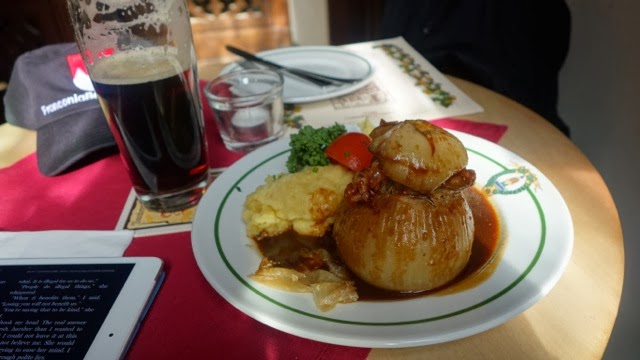 There is this little ledge with 3 or 4 tables in the Dominkaner Klause -- it is a great place to just sit and while away the afternoon. 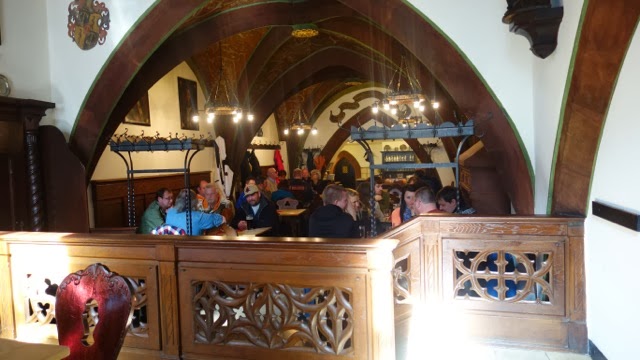 The ceiling has this wonderful detail -- which until fairly recently was hidden under 80 years of cigarette smoke. 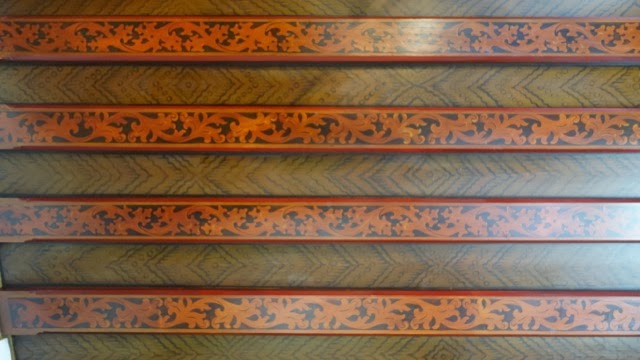 Wondering down Sandstrasse I came across a California flag. It was flying in front the the Greissgarten pub/biergarten -- I guess they have a Mexican restaurant now. Not ready to try Bamberg tacos or burritos just yet. 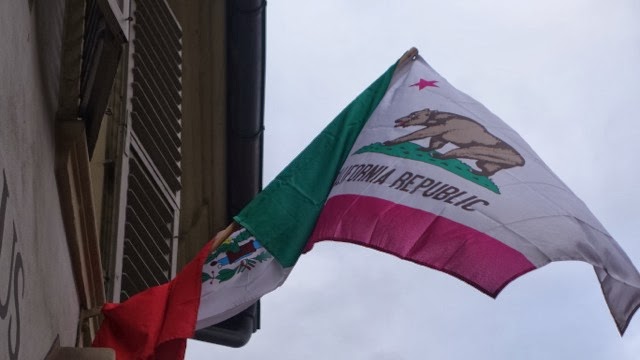 So you come to Der Pelikan. The really only have one interesting beer on tap -- Huppendorfer Vollbier but they have a couple on the bottle list work drinking. Plus I find it a comfy place and they have decent Thai food when you are all Schnitzeled out. 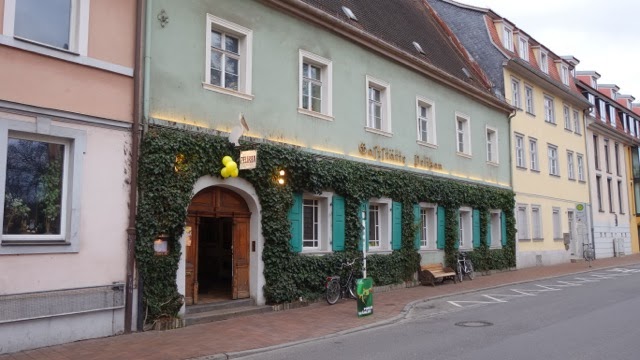 So I had a Huppendorf Vollbier. It has a nice raisin-y note that I like. 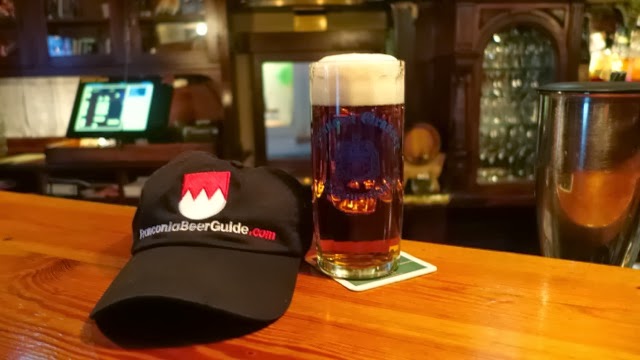 I was waiting for some local friends to show up, so I had a Mönchsambacher Export. Usually a brewery's "Export" is stronger than their "normal" beer but with Mönchsambacher it is the other way around -- the Export has slightly less alcohol. 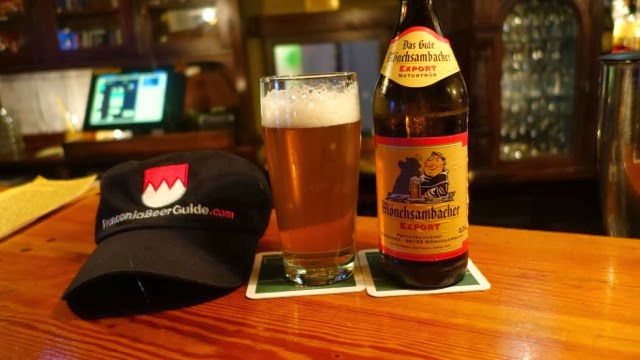 I met with the friends and we headed to Ahörnla (Bamberg dialect for Einhorn or Unicorn). This was once a brewery and then for years was various different pubs, none of which was too successful. About 3-4 years ago a new owner starting doing renovations but nothing seemed to happen until late last year. 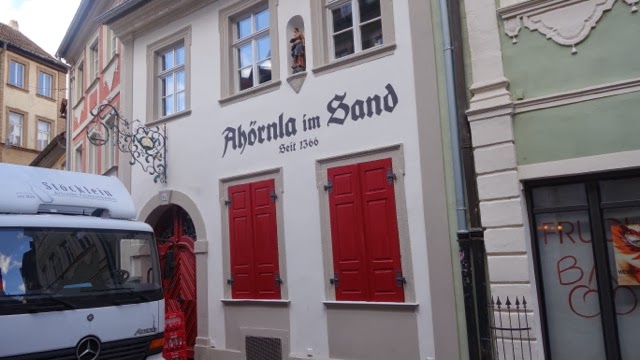 They have done a very good job. The inside is quite nice, light colored wood everywhere. They have one beer that is brewed for them by Mahrs -- supposedly an old Einhorn recipe. It is quite nice and unlike any other the other Mahrs dark beers I've had. 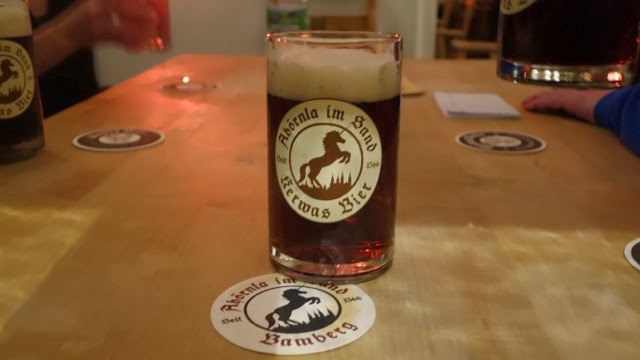 Next it was off to Rotenschild, upstairs in the same building as Stihlbruch. During the week they only have bottled beer. I shared a one liter bottle of Metzgerbräu with Frank Wetzel. However it was a bad bottle -- very, very sour. With no fuss the replaced and and the replacement was delicious. 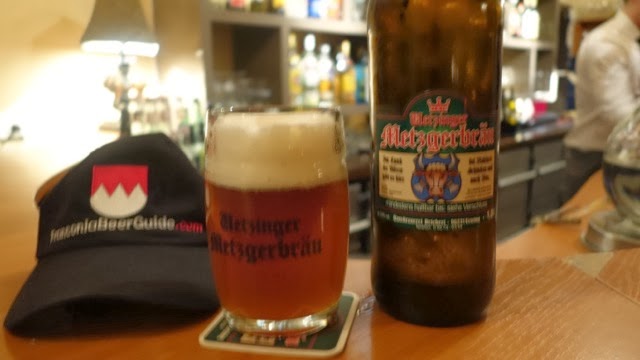 Not wanting to risk another sour bottle, I switched to Mönchsambacher Lager for the remainder of the evening. This weekend they will have barrels of both of these beers. 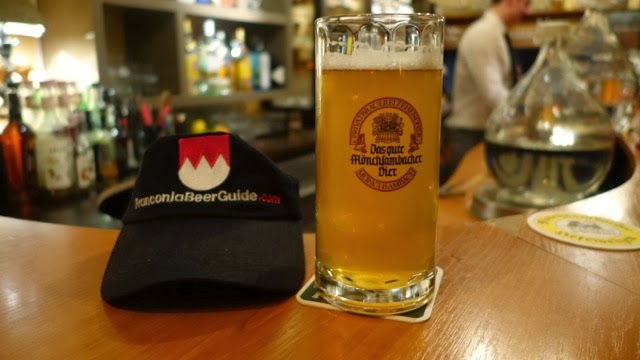