Tuesday was a bit of a milestone for me -- I visited only two breweries and neither of them was Spezial or Schlenkerla (both were closed).

People were all taking about the Fasching parade. I guess it has become a big deal since I was last here during Fasching (2003, I think). It started at Max Platz, when thru the Grüner Markt, down Langestrasse then up over the Luitpold Brücke and then up Obere Königstrasse then over the Ketternbrücke and back to Max Platz. 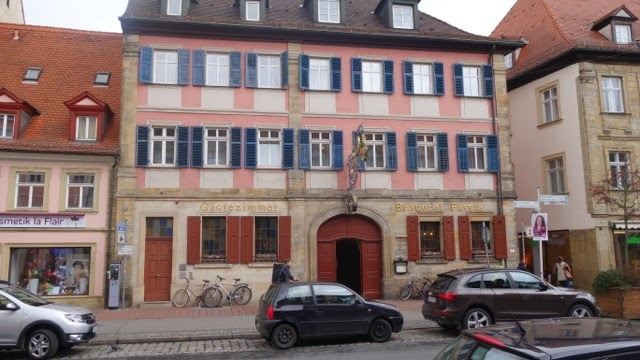 I spent the afternoon at Fässla, watching the crowd -- lots of people where in costume and most of the rest at least had funny hats. I sort of lost track of beers, but I think I had seven Pils. Plus or minus. 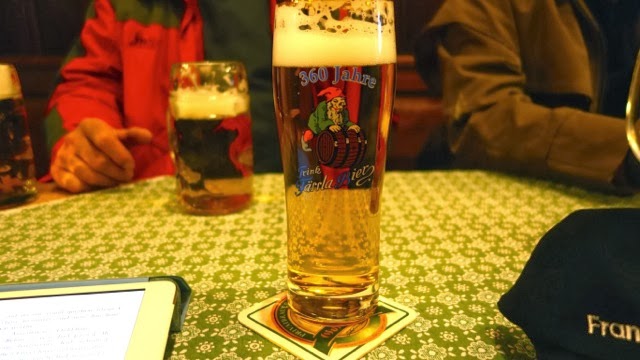 For a change of pace and some fresh air, we headed up the hill to Greifenklau 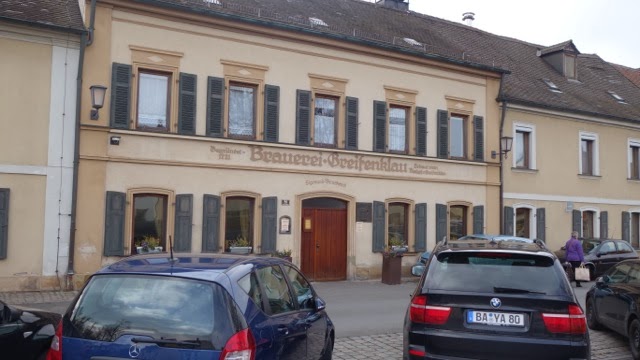 They didn't have any special beers on, just the Lager (and Weizen, which is brewed elsewhere). In recent years the Lager is much improved and it was in good form. 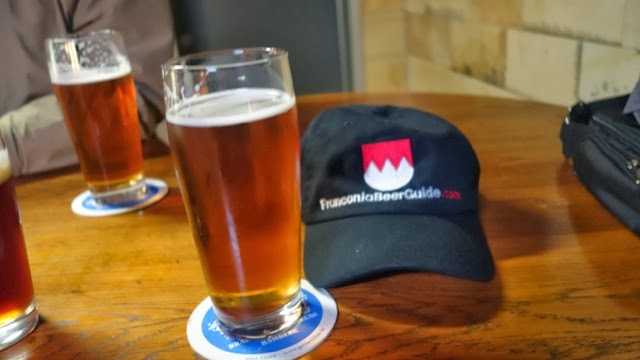 They have a bock beer coming out April 3. We managed to score a sample. It is a bit darker than the Lager. If you are in the area then, be sure and stop by for one (or more) as it will be very good.
We had some food and a few more beers.  Only two breweries and neither of the Spezial or Schlenkerla. Whouda thunk it.
Posted by The Mad Brewer at 1:40 AM