Thursday found me not much better. I managed to surface enough to head to Schlenkerla for lunch and couple of Fastenbier. 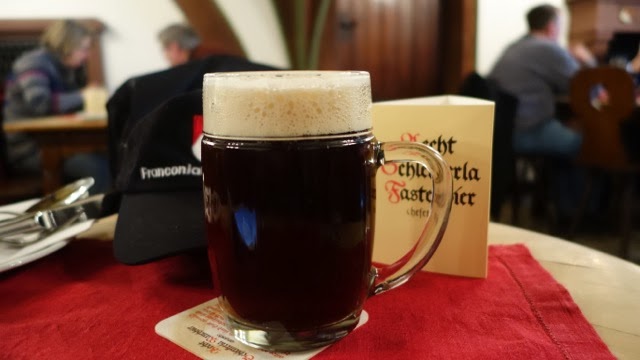 I also took some more pictures of the ceiling in the Dominikaner Klause. 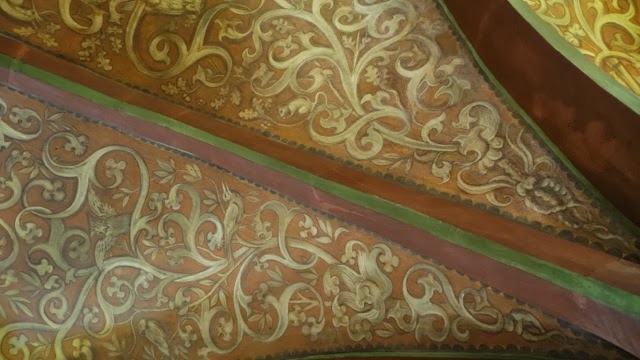 Then a stop a the drug store for medicinal supplies and back to the room for a rest.

The nice thing about staying at brewery is you don't have far to go for a beer. Just downstairs for dinner and a beer or four. I hadn't had the Spezial Märzen yet so I started with that. 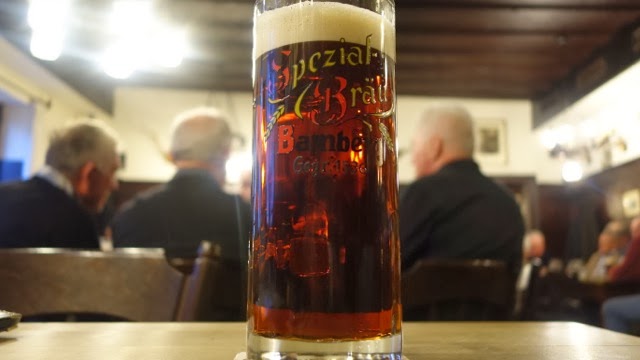 It is not smoked and has a nice toffee aroma and a good malty flavor. A nice beer, but I still like the Lager and U better. The limiting factor in the brewery at Spezial is the production of Rauchmalz, which is why of their regular beers only the Lager is smoked.

The waitress (Helga) was too efficient and brought be another Märzen before I could order a Lager. Definitely a first world problem...

I played around with my new camera and took some pictures of the main room. 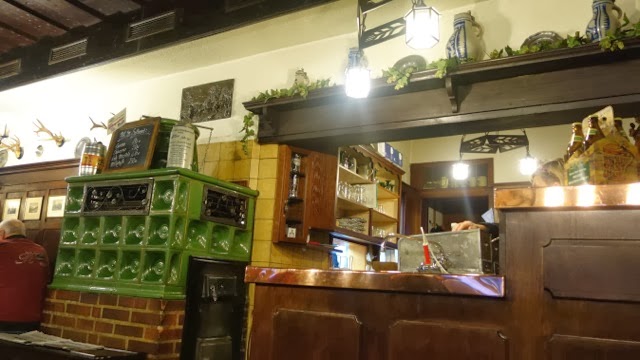 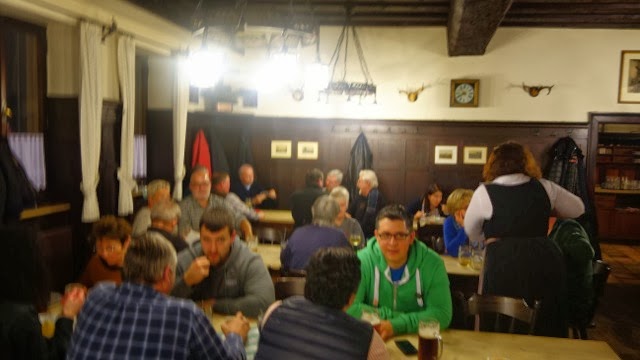