Wednesday morning found me waking up with a sore throat and a cough. Not a good sign. But there was beer to be drunk so I soldiered on.

First up was the Mahrs Weizenbock Anstich. 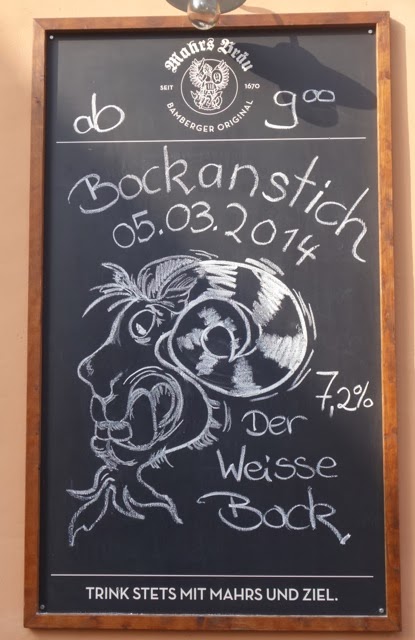 Surprisingly, it was served on draft (from a keg not a barrel) and I think it suffered from this. It was a bit too cold and it was a bit under carbonated compared to the bottled version. Still, it was good and fairly deadly. Supposedly 7.2% but they say that every year and every year I think it is a bit stronger than that. 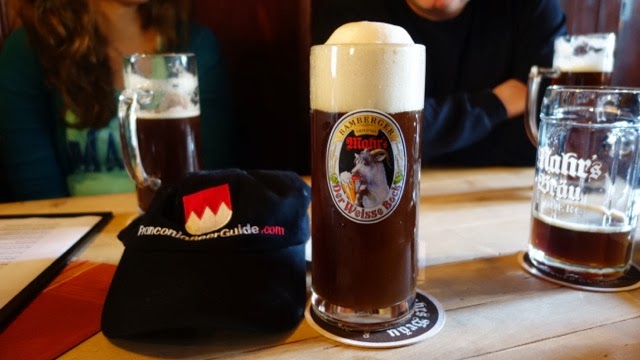 Then it was along to Schlenkerla for the Fastenbier... 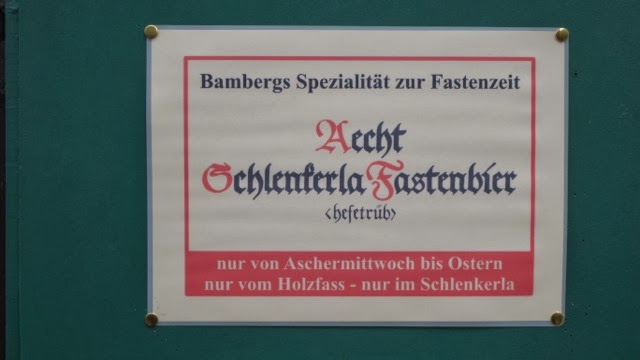 It is a less smokey than the Märzen, sweeter and richer -- as you'd expect for a beer you drink while you were fasting for Lent -- more food value. It is also unfiltered as the yeast would also add food value. 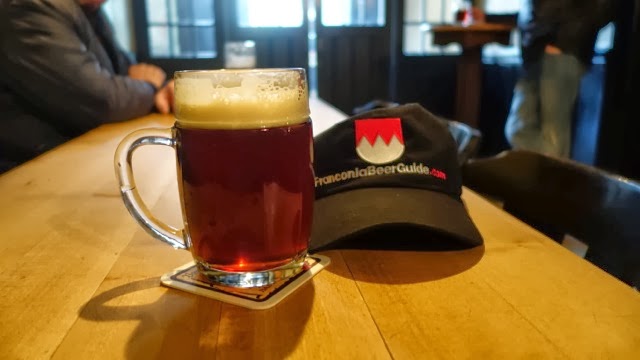 A note to future visitors: Drink the Fastenbier first, then switch it the Märzen -- if you do it the other way around you will find the Fastenbier to be too sweet.

By now I was starting to feel my bug, so it was back to the room for a nap. I did surface enough to have dinner and a few beers downstairs. 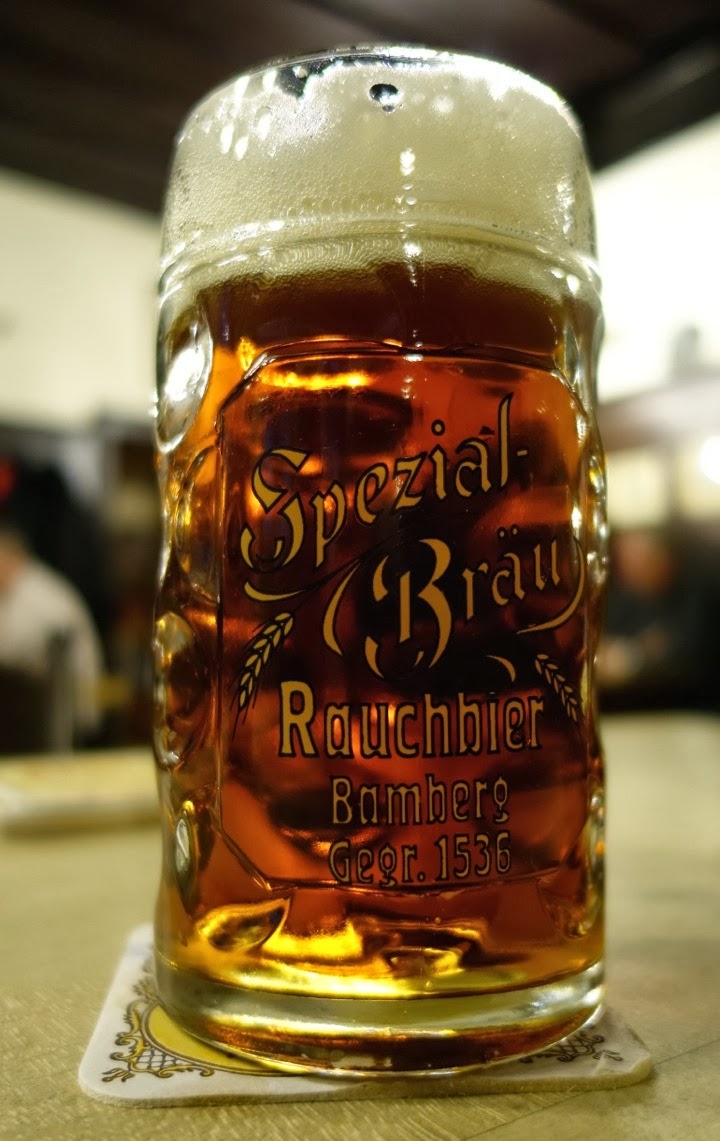 What kind of idiot would drink the Fastenbier after the Märzen? ObSheesh: Sheesh.