First stop of the day was Against the Grain on Wexford St. This corner had been a bit of a jinx with pubs and restaurants going under on a regular basis. They seam to have broken it as they've been going strong for nearly four years now. 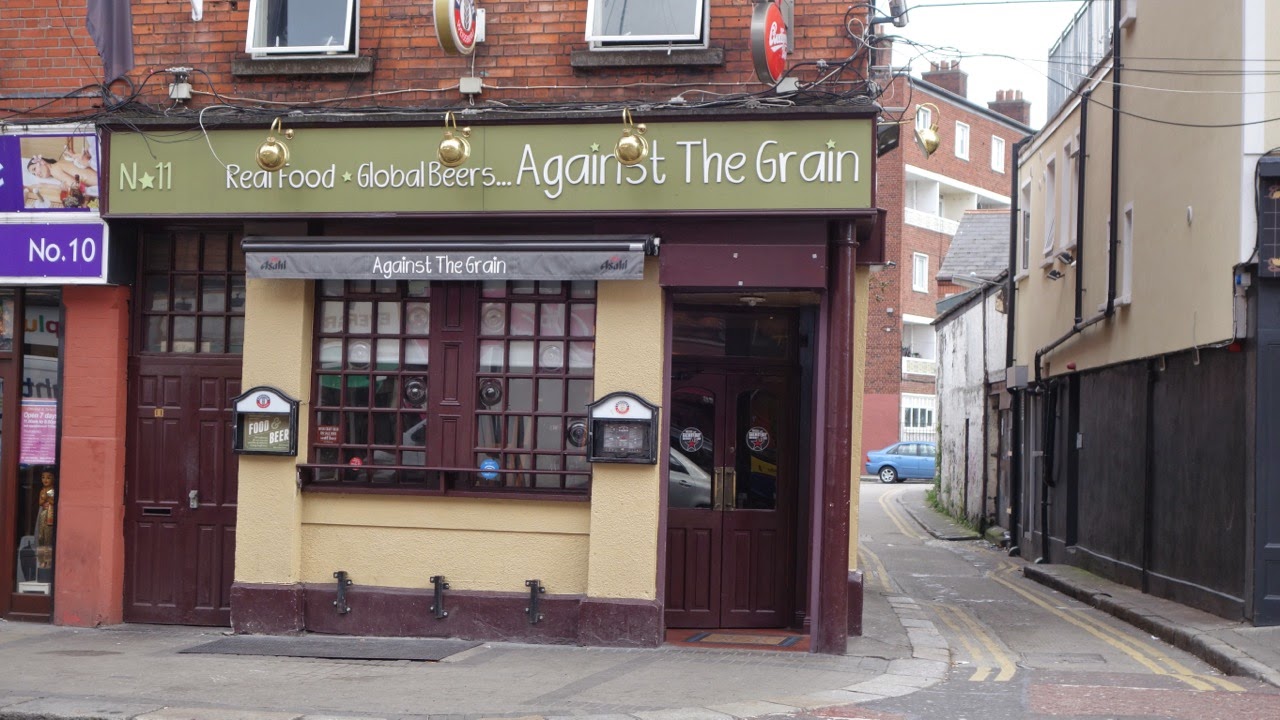 First beer up was  Rye Ale from a new brewery, N17. This is one I hadn't come across before so it was a surprise. The beer was very good, with just a hit of spiciness from the rye. I look forward to future beers from them. 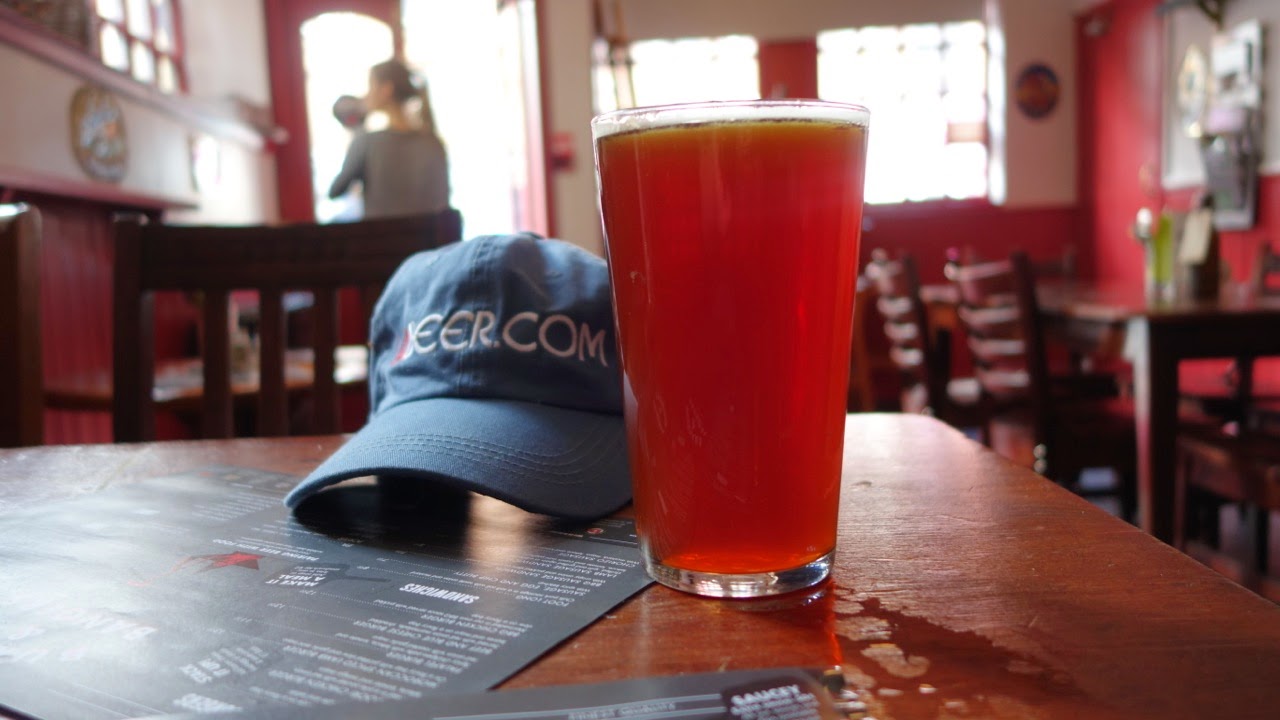 The pub is larger inside than it appears from the outside. In the picture below there is another room off to the left plus seating upstairs. 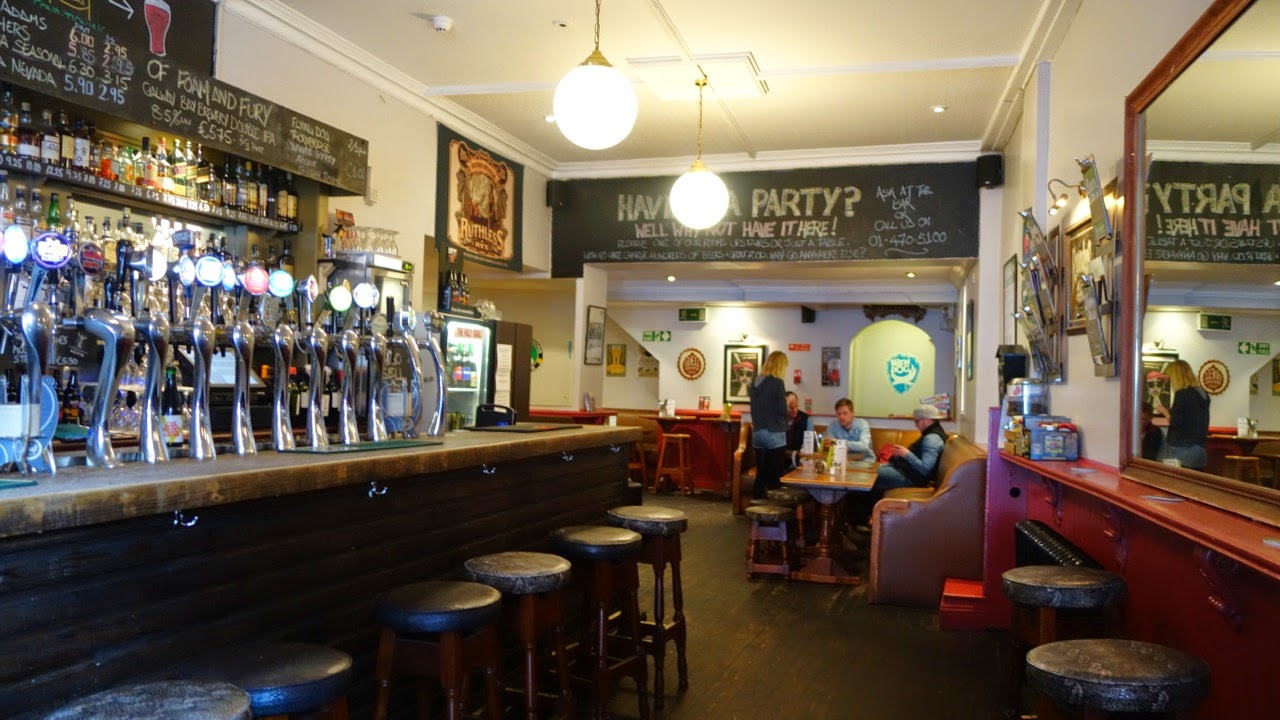 Next up was an old favorite, the Dark Arts Porter from Trouble Brewing. As always, it didn't disappoint. 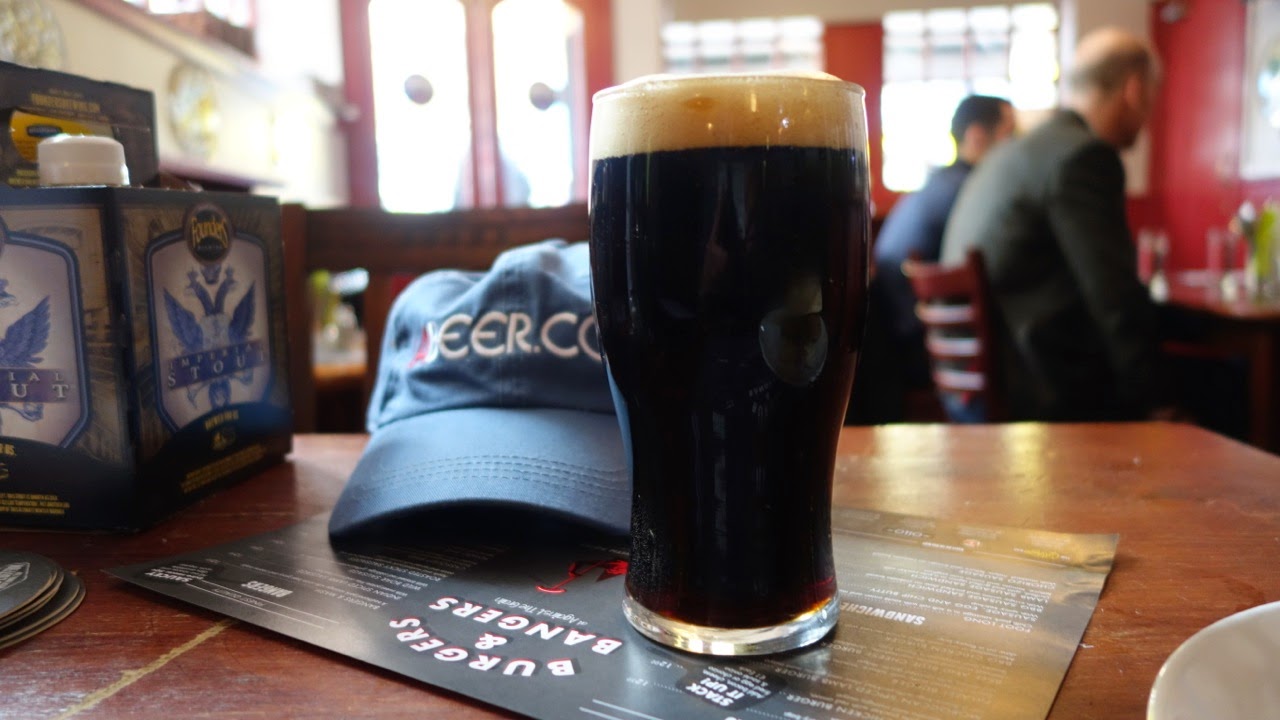 Against the Grain is owned by the Galway Bay Brewery group -- it was their first Dublin pub. They have recently released a Double IPA call of Foam and Fury. At 8.5% it is one of the stronger Irish Beers I've seen and such is served in a smaller glass. This one was on cask and was excellent. 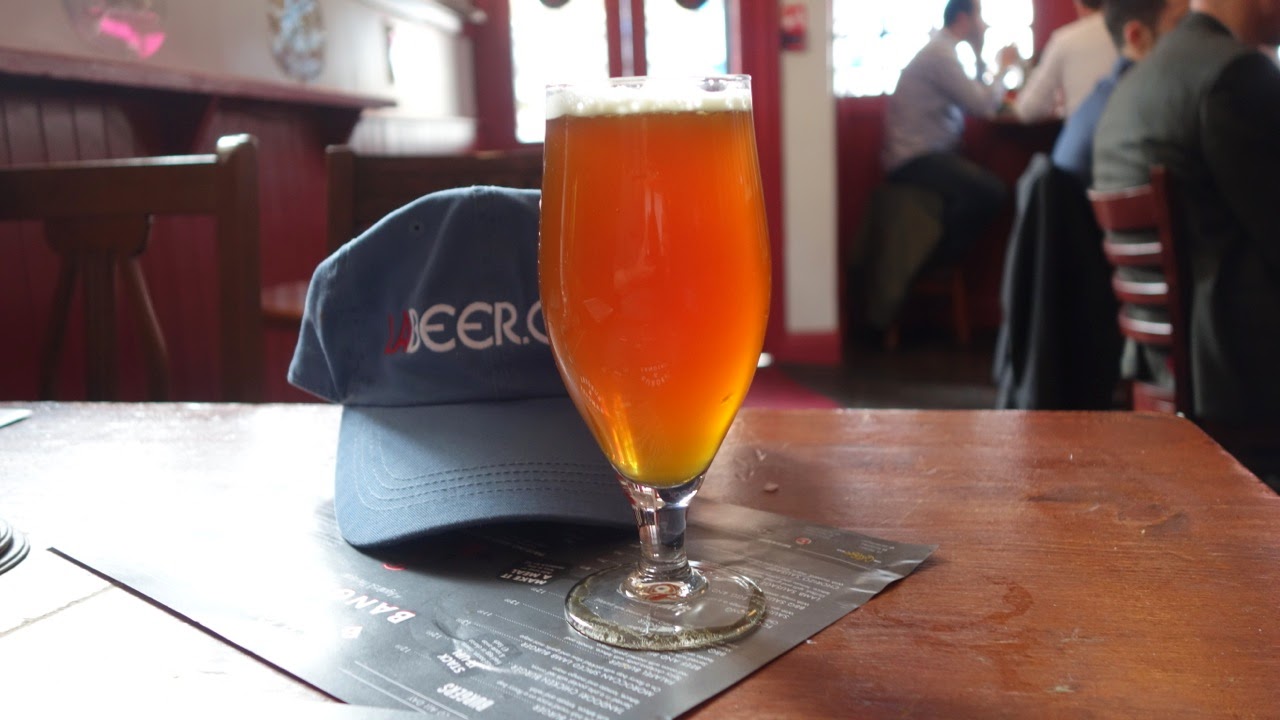 It was time to move on, hopping a bus headed south, to a new place 57 The Headline. It is a bit off the beaten track but easily reached by bus from the city center. 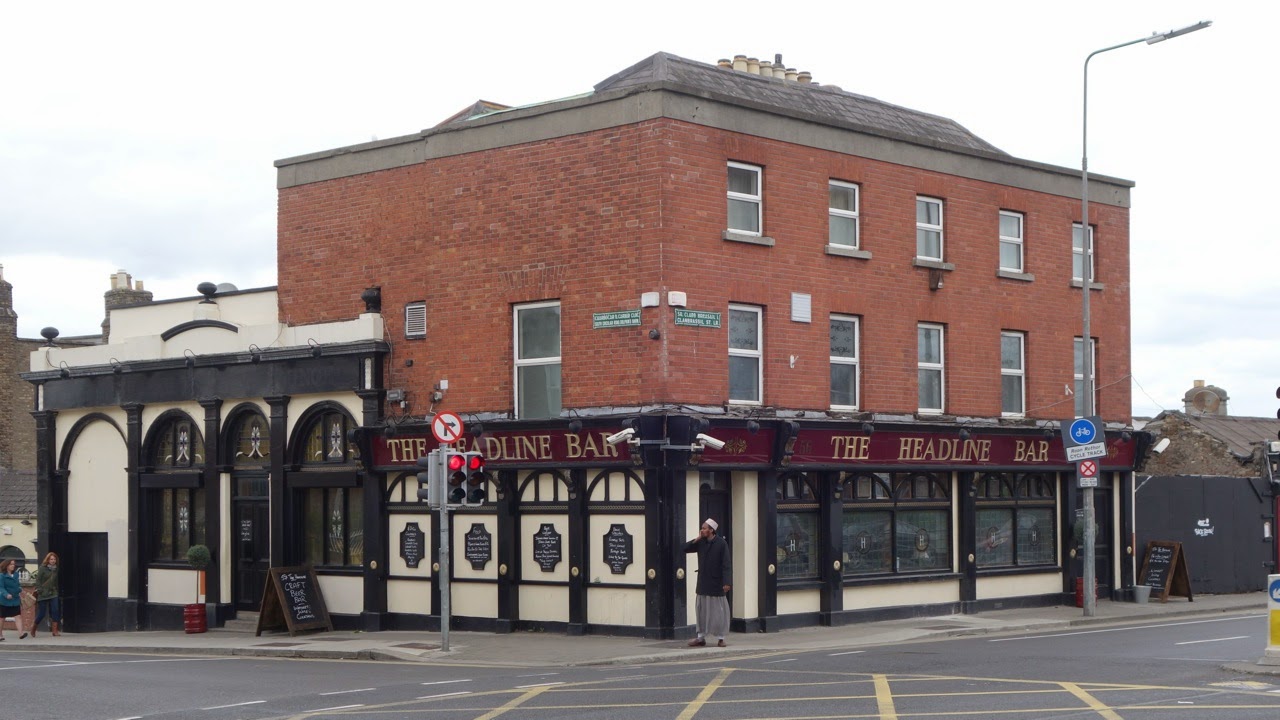 The don't open until 3pm so I had a few minutes to kill... 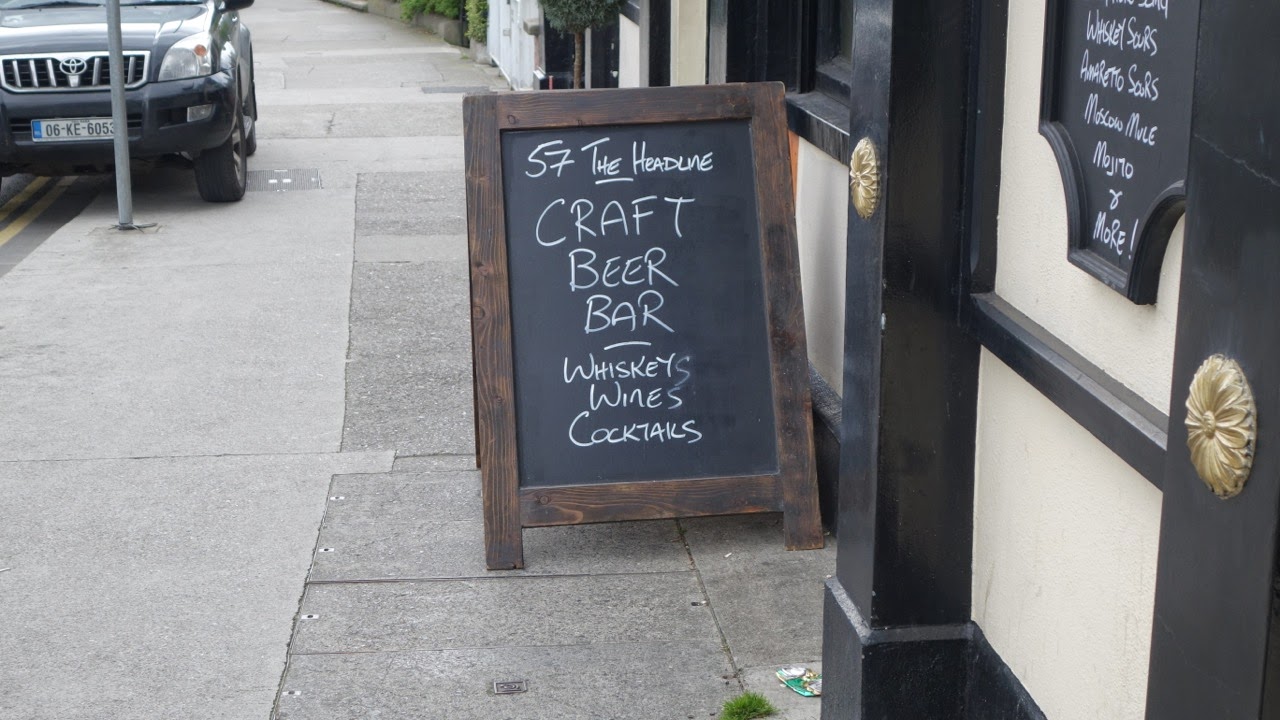 They do have an amazing selection of beer, with quite a few I haven't had before. I started of with the Liberities Dublin Ale. The brewery opened in 2012 and it's current location is not far from 57 The Headline. 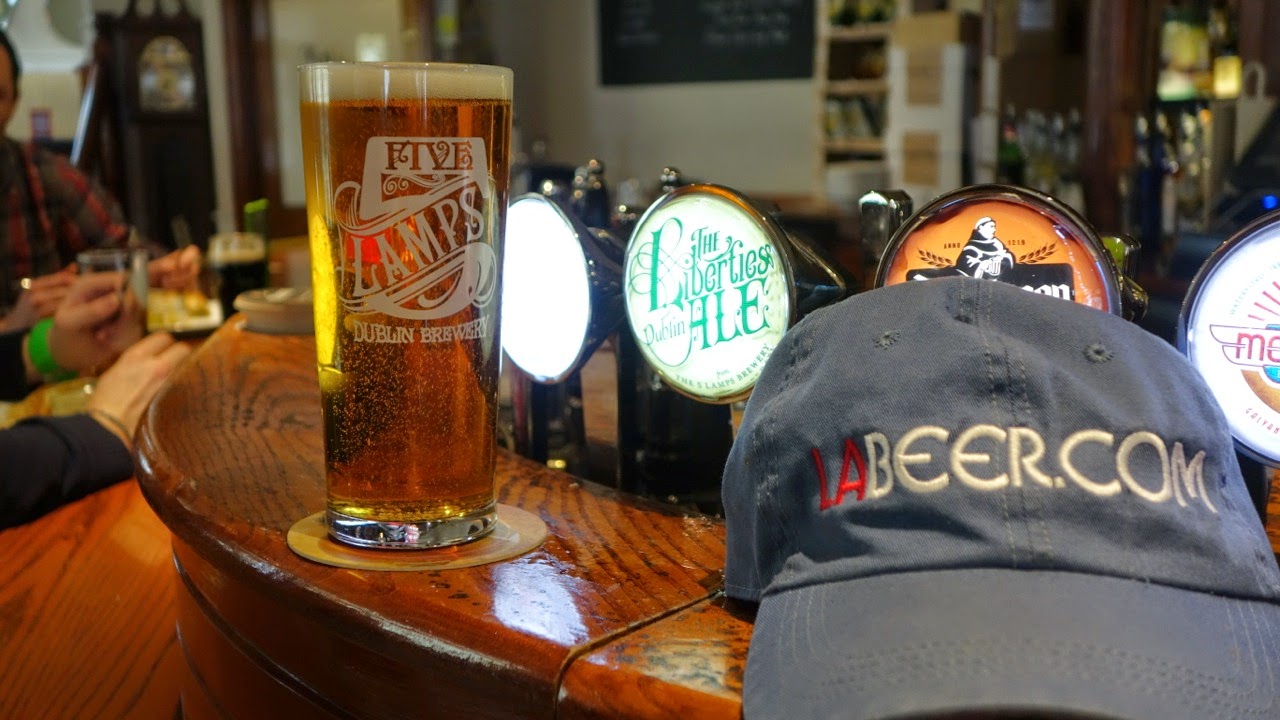 Next up was White Gypsy Ruby, their red ale. It was the second beer I've had from this brewery and I look forward to trying more. 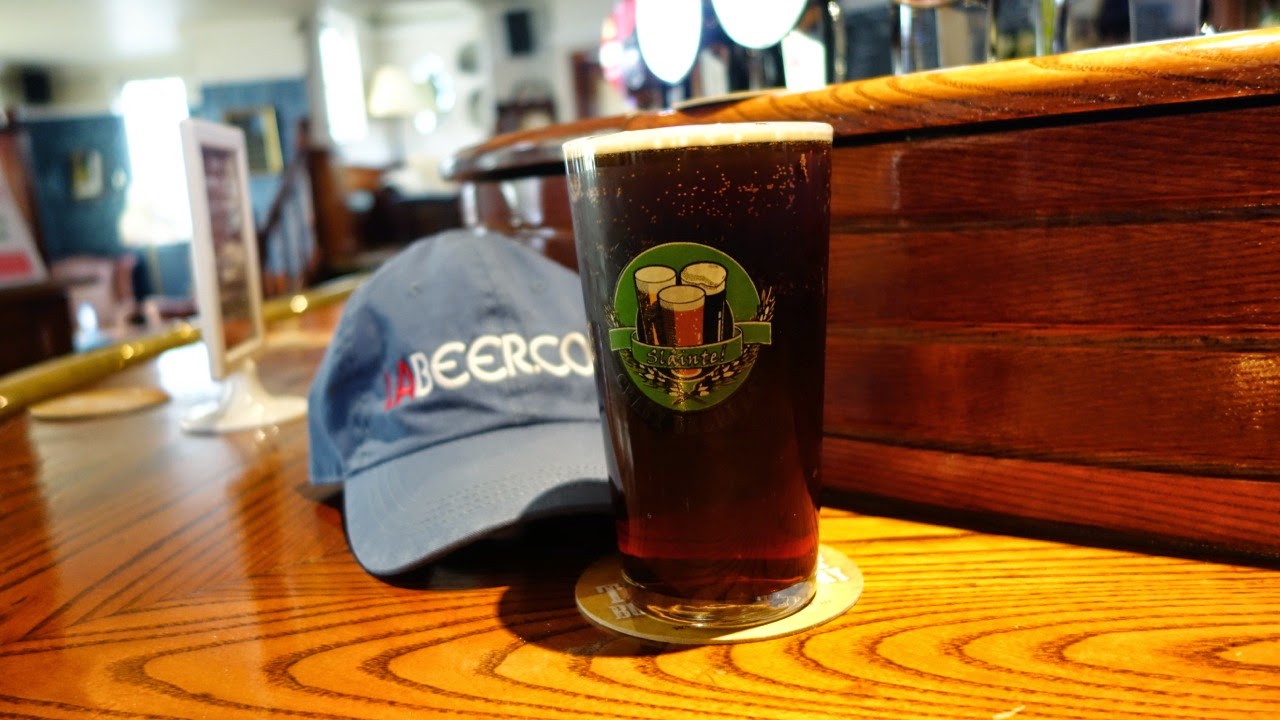 Next up was a beer from Hilden, in Northern Ireland (so technically an import though still Irish), their Mill Street IPA. I nice hoppy aroma and good hops in the finish. The tap handle said 5% but it tasted stronger. 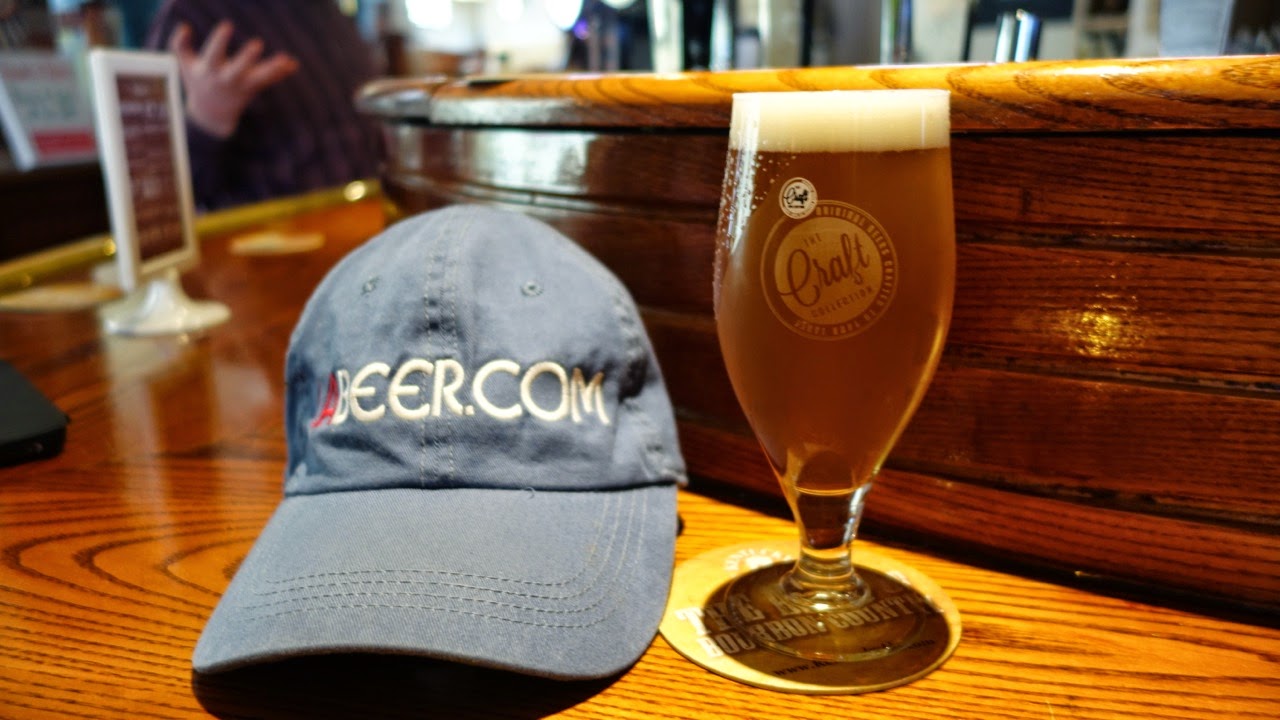 My final beer at 57 The Headline was brewed by Blacks Brewery. It is a double IPA brewed in honor of the Irish beer consumers group and is called Beoir #1 Wow is this a big beer. At 9% it is the strongest draft beer I've had from Ireland (I did once have a bottle of the Porterhouse Celebration Stout that was 10%). 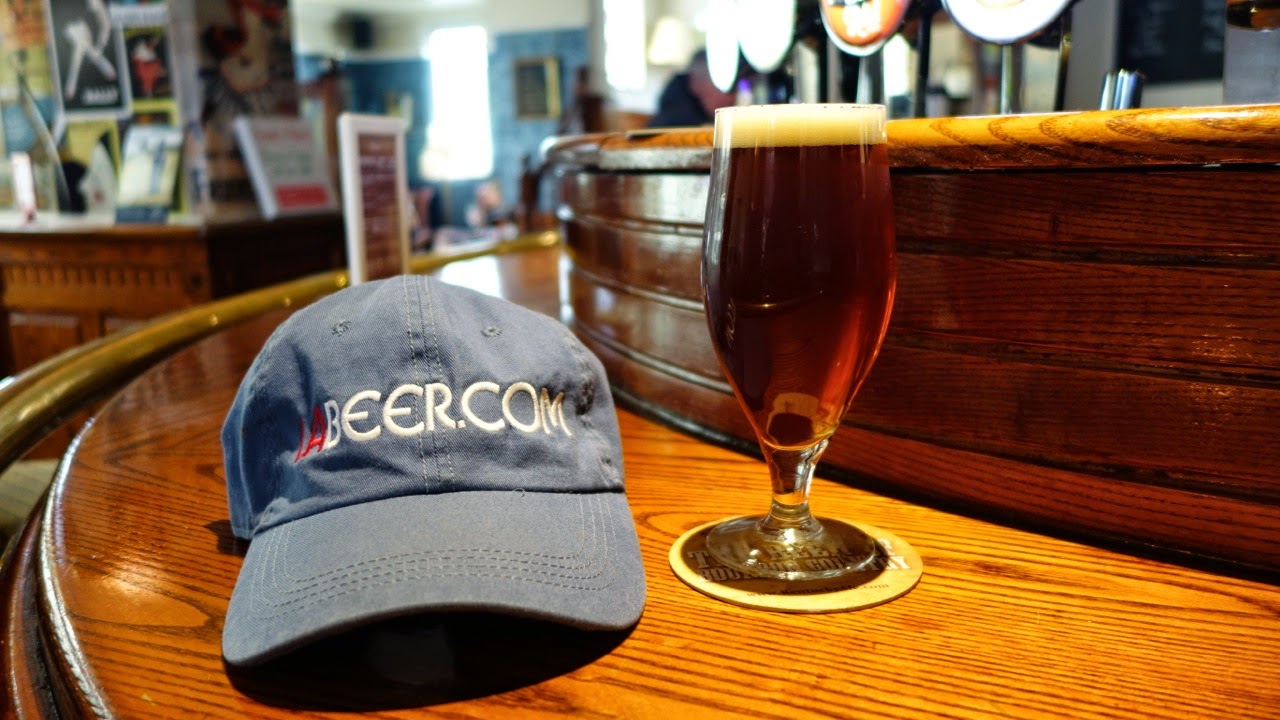 After that, I need to move on or take a nap. There were a couple of inviting looking sofas but I figure that would be a bit rude and my snoring would disturb the other customers. So I moved on.

I probably should just have stayed. There was a major traffic accident and traffic was blocked. The bus sat for awhile and finally the driver said "you might as well walk, we aren't going anywhere."  So I did.

I ended up going by the Merchants Arch complex and they have a "Beer Hall" called Brewery Lane that I had never been to. It doesn't open until 4pm and I had never been by while they were open. They were, so I went in.

You go up a winding spiral staircase for about two stories and then you are in this huge hall with great views of the River Liffey. 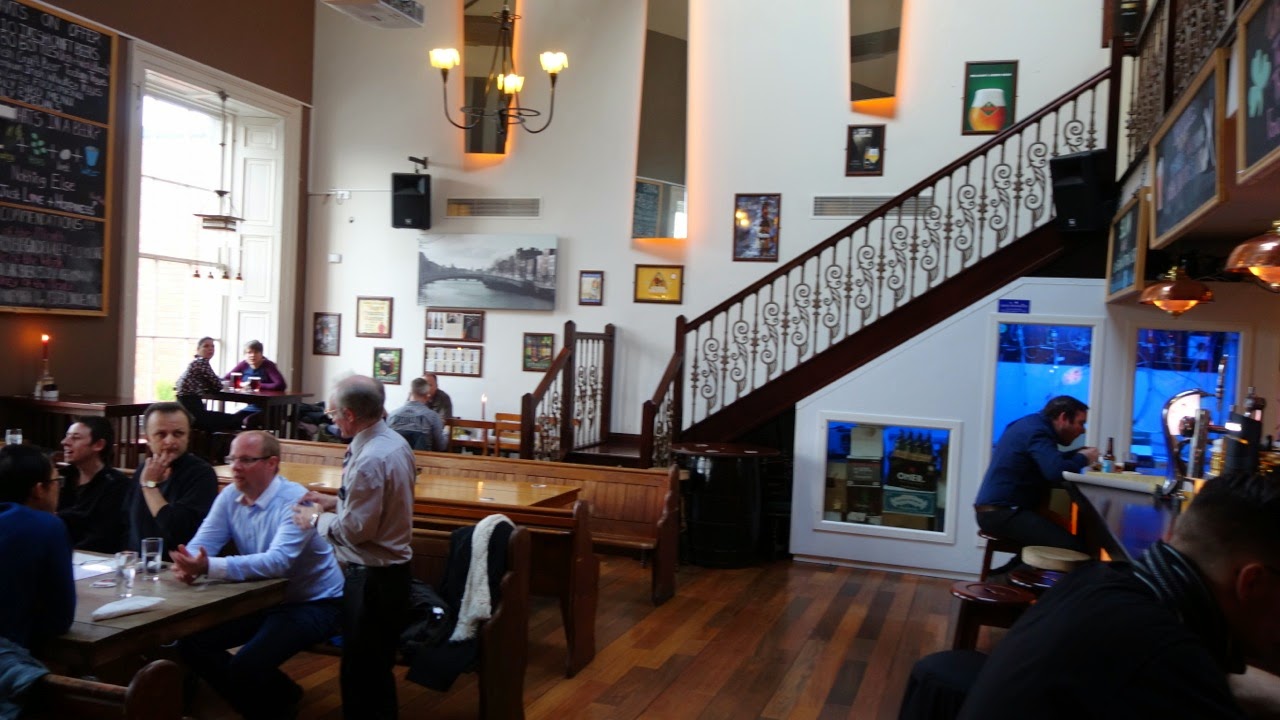 They had a decent selection of craft beers (plus many industrial beers as well). 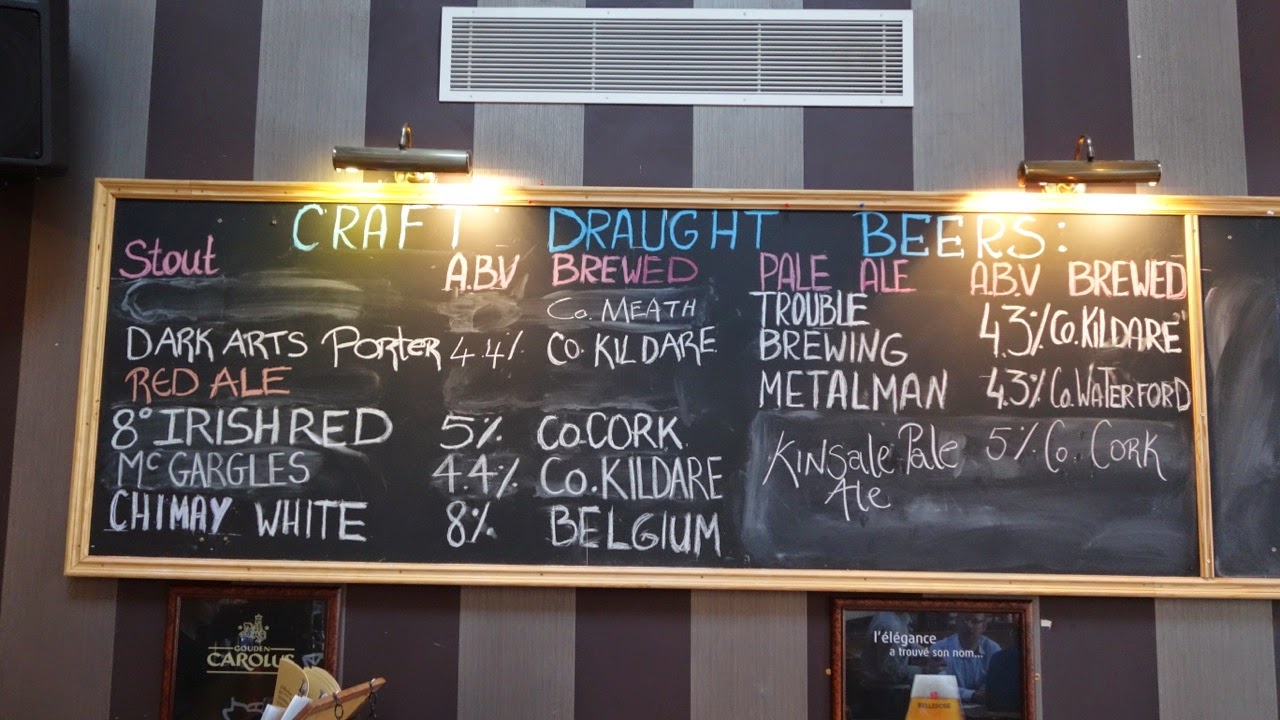 The above chalkboard was out of date because I had the Bru Brewery Lager. Probably not the best beer to have after a Double IPA but it is one I hadn't had before. I quite enjoyed it but I need to have it again when I am fresher. 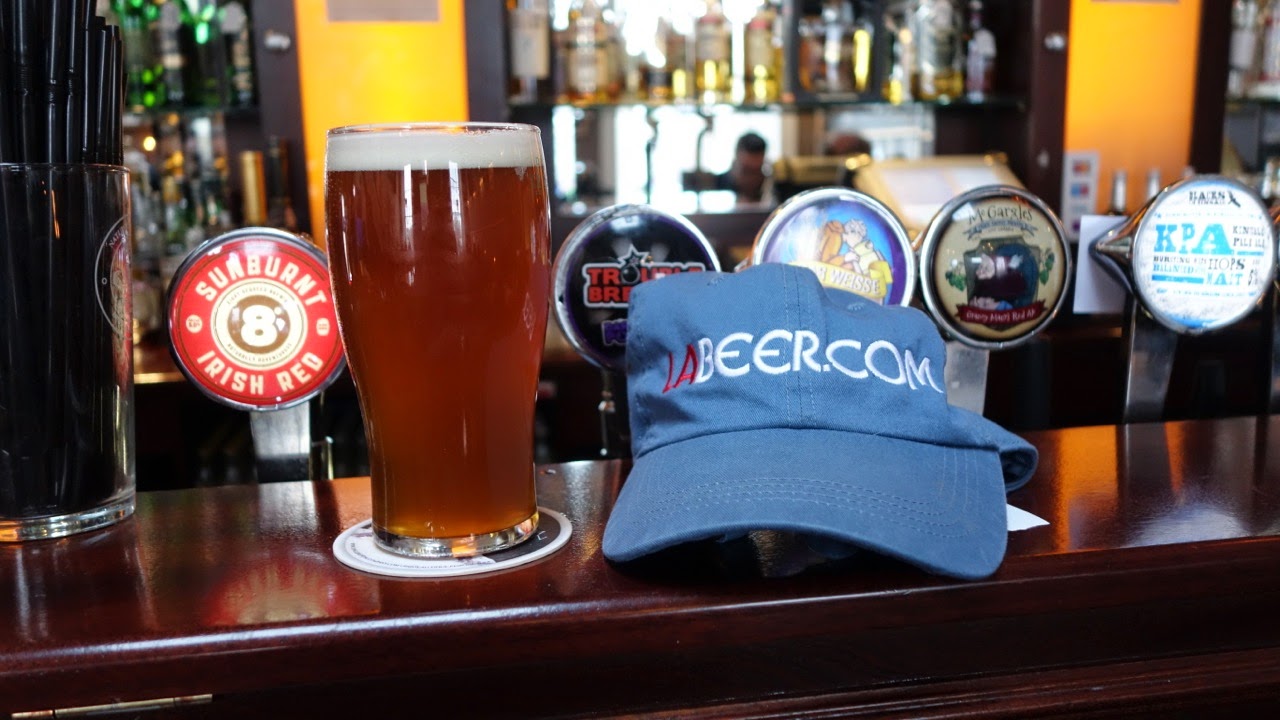 At this point I decide to call it a night and headed back to the hotel. I'll leave with a non beer picture, the lights of the River Liffey from the Ha'Penny Bridge. 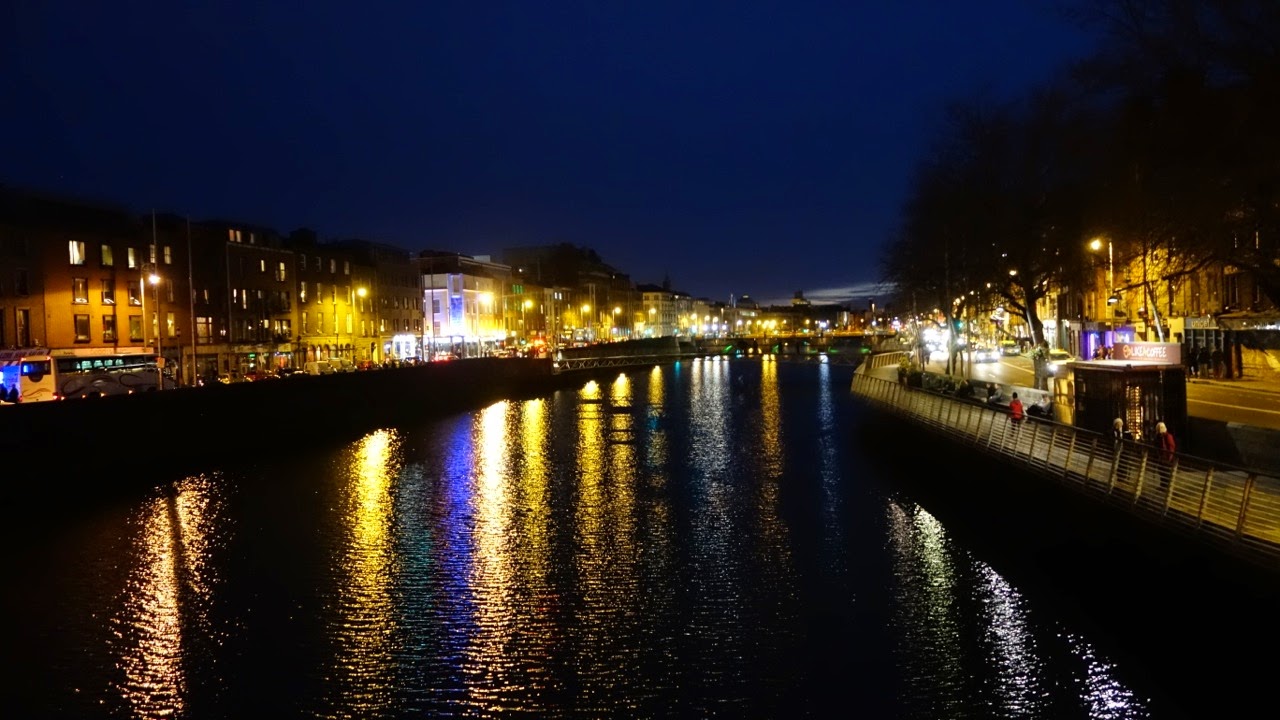