It's time to do an update to www.DublinBeerGuide.com -- that is my story and I'm sticking to it.

First beer of the trip was at the Alaska Board Room in Terminal 6, LAX. A Hanger 24 Amarillo Pale Ale. Very tasty. 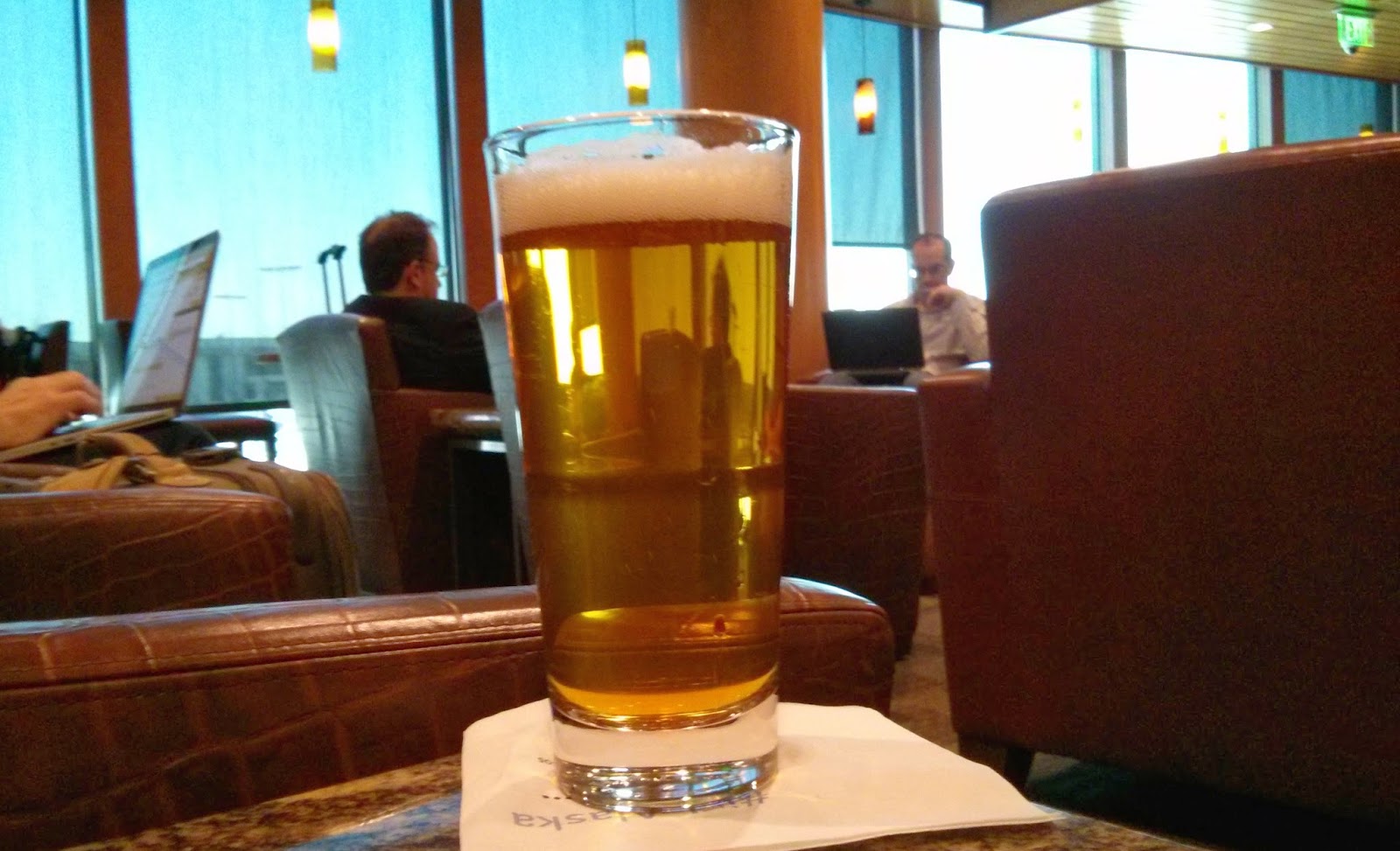 The other choices were Alaskan Amber and Gordon Biersch Czech Pils (and Schlitz). Not a bad selection for an airline lounge. Delta used to have one decent beer in most of their lounges but they have reduced that to Bud/Bud light.

I'm doing a short stopover in Atlanta (23 hours -- anything less than 24 is considered a "connection" and doesn't cost extra) so I hope to have a couple beers at a Taco Mac on the way to the airport.
Posted by The Mad Brewer at 7:57 AM

Email ThisBlogThis!Share to TwitterShare to FacebookShare to Pinterest
Labels: 2014