An uneventful morning found me at the Kulmator just before noon. There were four of us and we all ordered an Orval 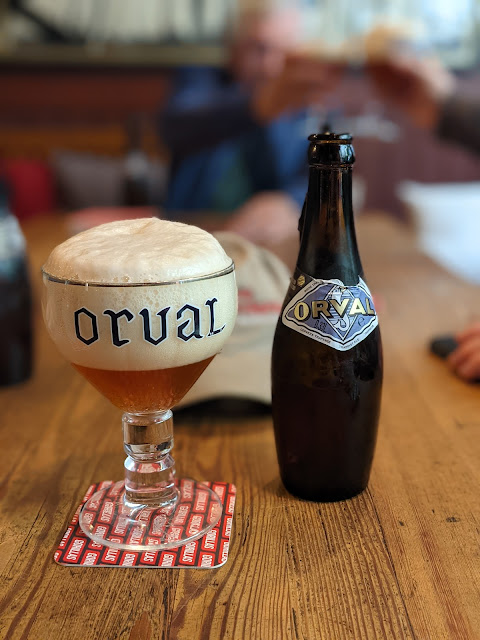 This one was about 2 years old, which is about how the ones we get in LA are. I had hoped for slightly newer, but Covid has messed up all kinds of things. When you are closed for a better part of a year you likely are not buying new stock. Anyway, it was a delightful beer.
As the others wondered in, they too were required to order an Orval as a first beer.
We decided to share a large bottle of Het Anker Cuvée van de Keizer. This was from 2018 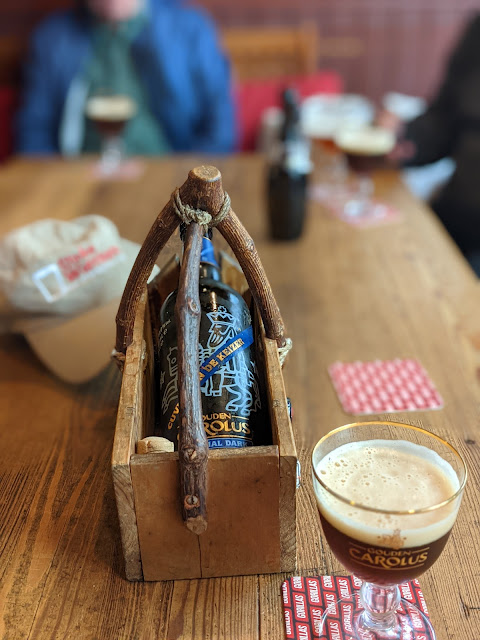 It is a nice beer but even at 3 years old it was on the sweet side. I'll have to try and older one if I get a chance.
They also had Chimay Grande Reserve on draft, from 2017. I like the bottle version better (maybe because it is usually served warmer) but this was nothing to complain about. 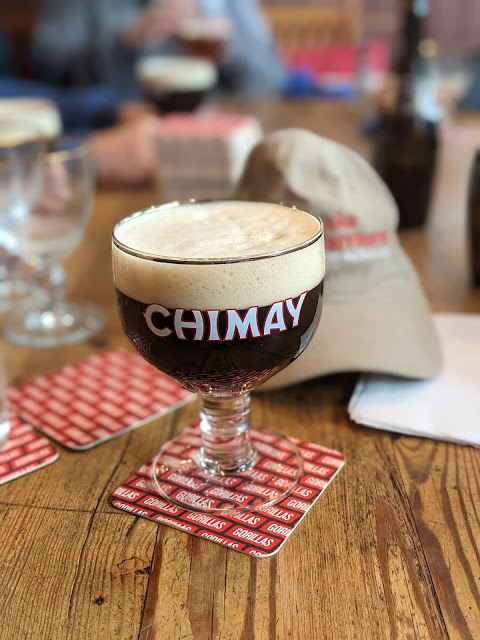 We decided to head up to The Northerner, a relatively new pub that has great promise. It is a short ride on Tram 7.
It is down a narrow street, so hard to get a good picture of the front. This is the street. 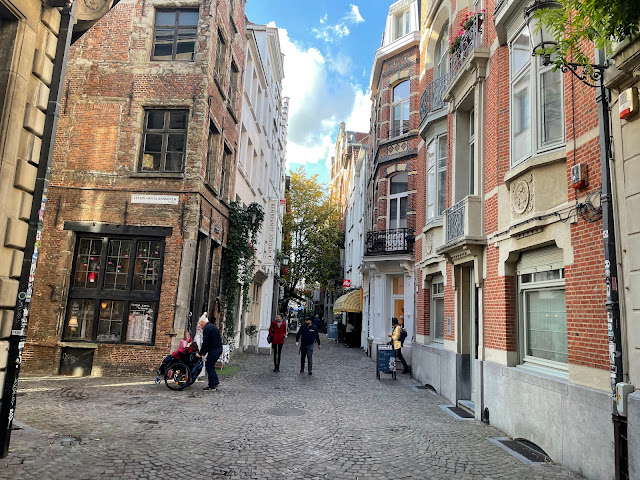 The have eleven taps, nine of which are relatively fixed, one coating tap from Brussels Beer Project and a general rating tap. Both of these were New England IPAs, and even though they were from Belgian breweries, I didn't come all this way to drink NEIPA (pronounced "Nee-pa" here an in many European countries :) )

You can't go wrong with a Saison Dupont. 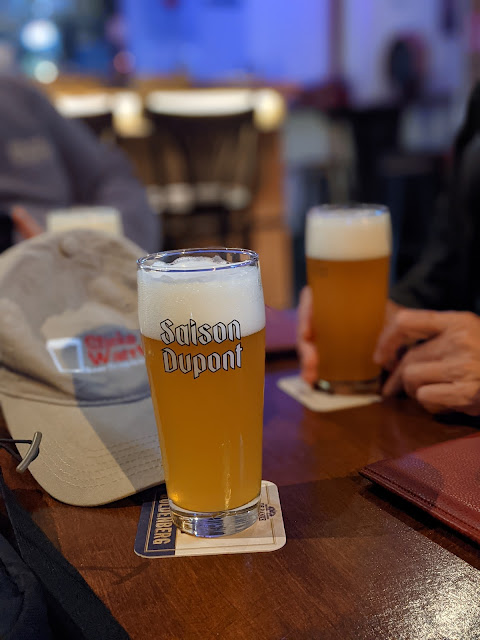 The food menu is a bit limited, cheese and meet snack plates and such. But they do serve a regular Croque  Monsieur and one made with pulled port and BBQ sauce. I ordered one of those and not only was it delicious, it was huge. 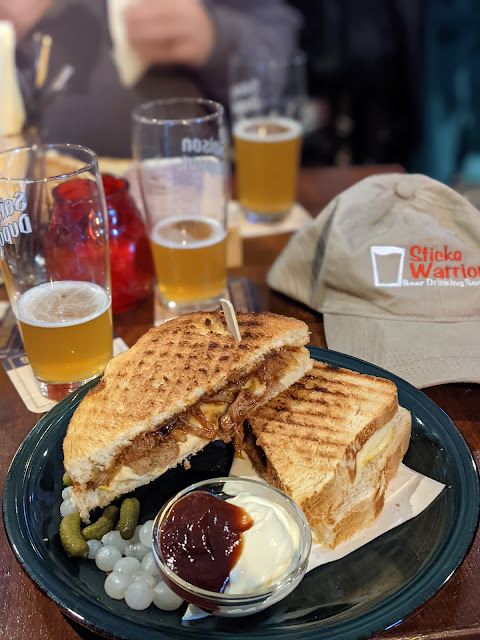 I followed it up with a Brasserie de la Sense Jambe de Bois Tripel, another long time favorite. 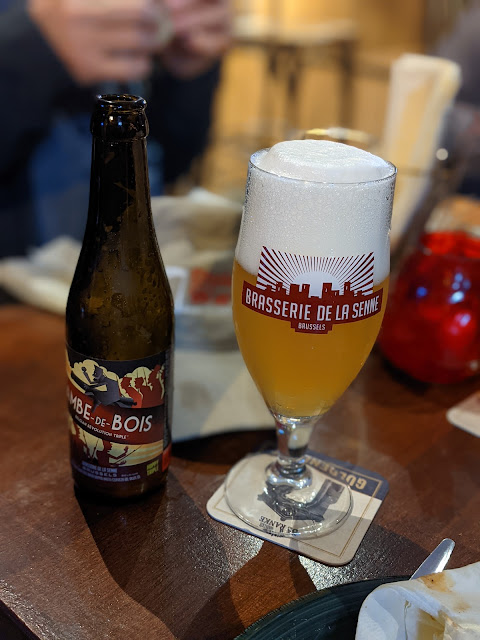 One thing I like at the Northerner is they have a board listing bottles that will soon be gone. 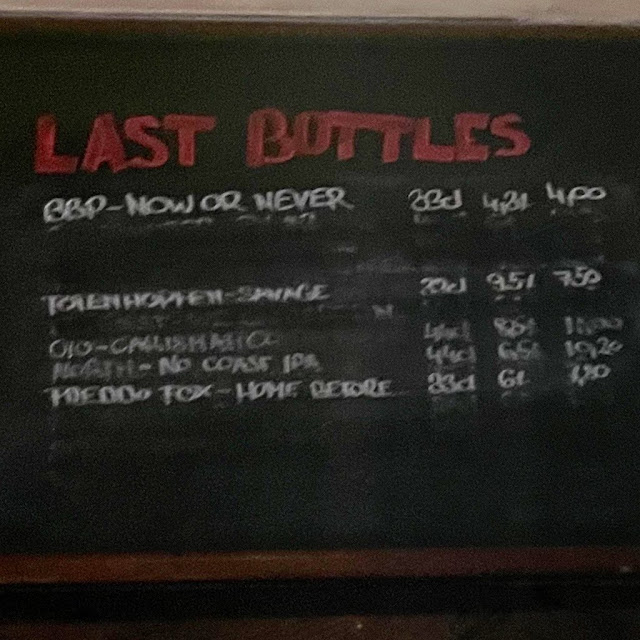 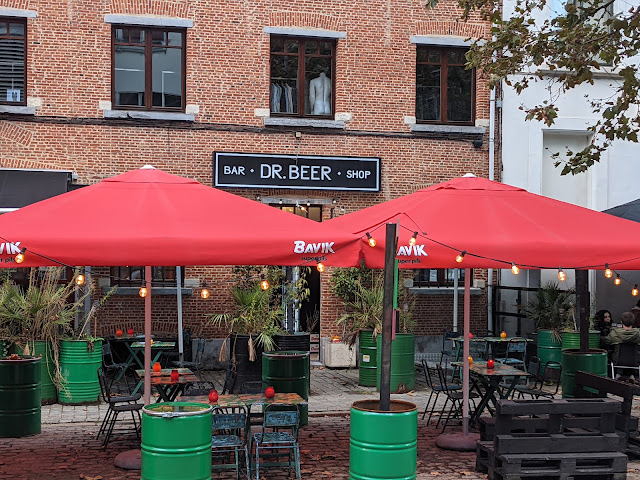 This is another relatively new place (2 years or so) that has great promise.  They have 8 taps and a huge bottle selection. All the bottles can also be sold to go. The have a large selection of beers from Brouwerij De Dochter van de Korenaar -- don't know if that is a play on their name or because they are a good brewing making lots of interesting beers. 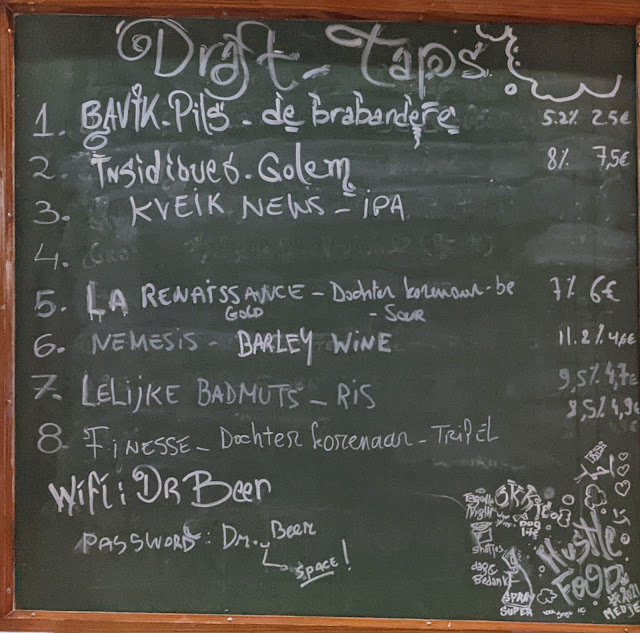 I chose the Dochter v/d Korenaar Finesse, which they describe as a Tripel but it really is more of a strong Amber ale, I think. 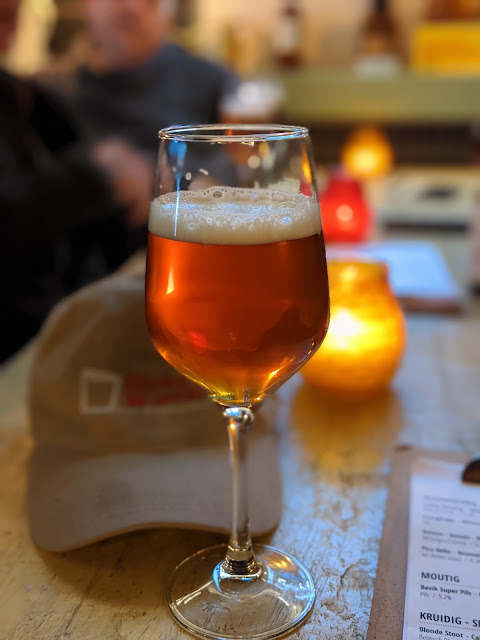 In any case, it was very tasty.
I was about to order the Dochter v/d Korenaar Belle-Fluer IPA when my brother said he was having trouble staying awake and was going to head back to the hotel. Since he is my little brother I thought it my duty to make sure he made it back. It is not because I too was tired and drifting off, no sir. I was strictly my duty to my brother. And if you believe that I have bridge I'd like to sell you...
Posted by The Mad Brewer at 1:43 AM

"Ear of Corn's Daughter" according to google-translate