No visit to Antwerp is complete without having the local beer De Koninck. So we stopped at Oud Arsenaal for a bolleke. As delicious as I remembered. 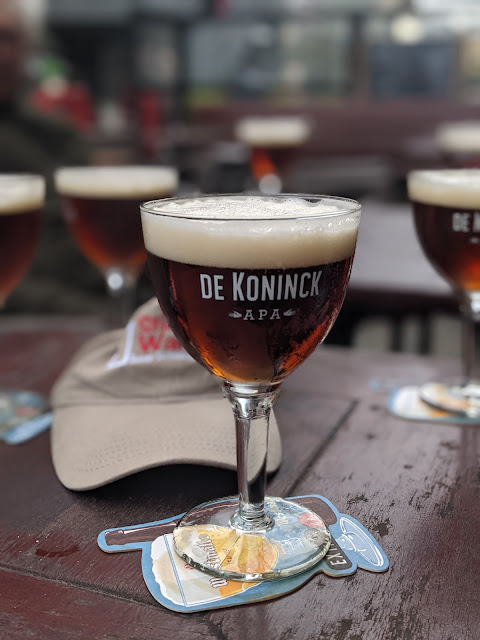 The taps are pretty much unchanged. As always, a great bottle selection. 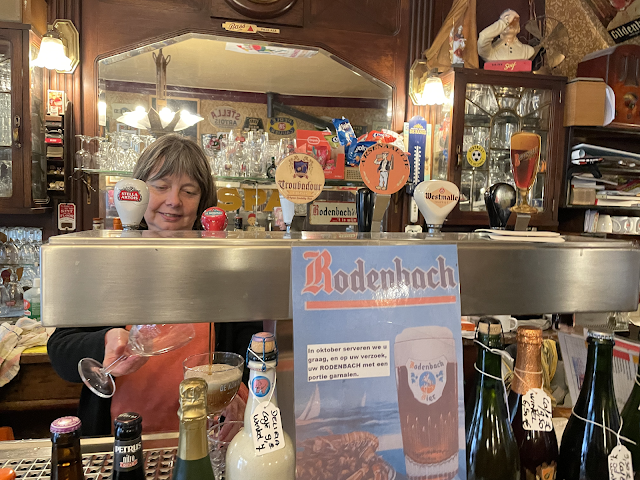 The inside is as I remembered, except for the bicycle hanging on the wall... 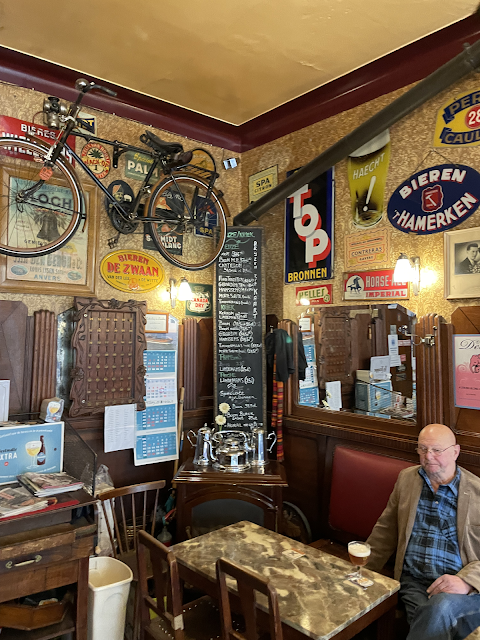 We were sitting outside -- it was a tad chilly but not so much so that we didn't have another beer. I chose the Arsenaaltje, the house beer brewed by Brouwerij The Musketeers. 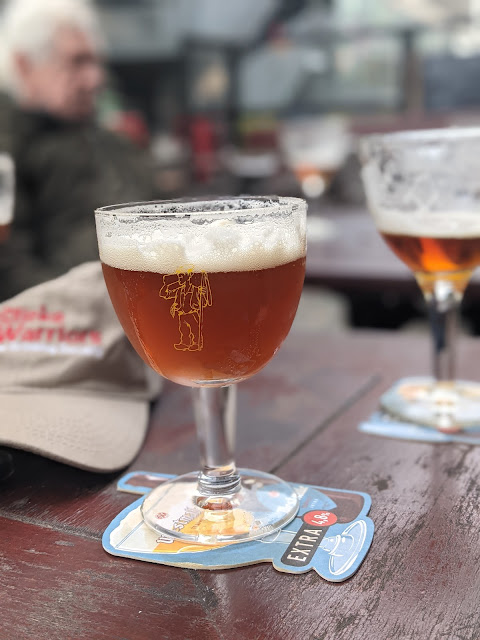 We then walked over to you know where... 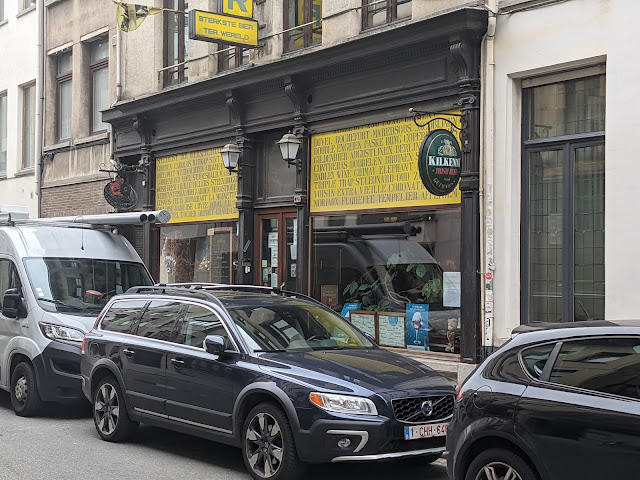 I decided to do the lambic tasting. Eight 12.5cl glasses of lambic. One is missing from the picture, the 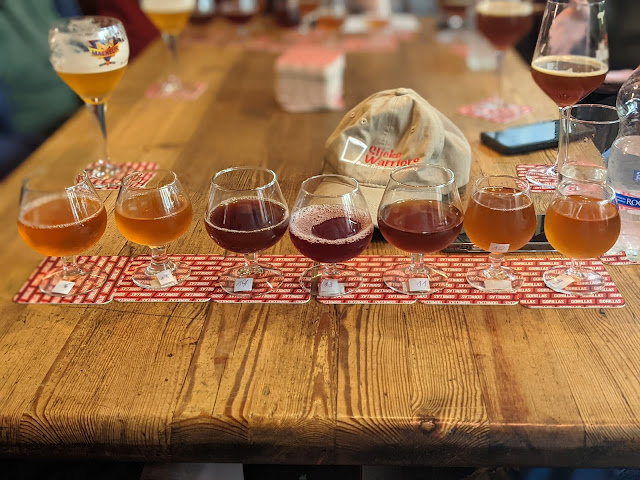 Here are the details. In picture they go from 16 to 8. Missing is #12 Jasmiijnlambiek. 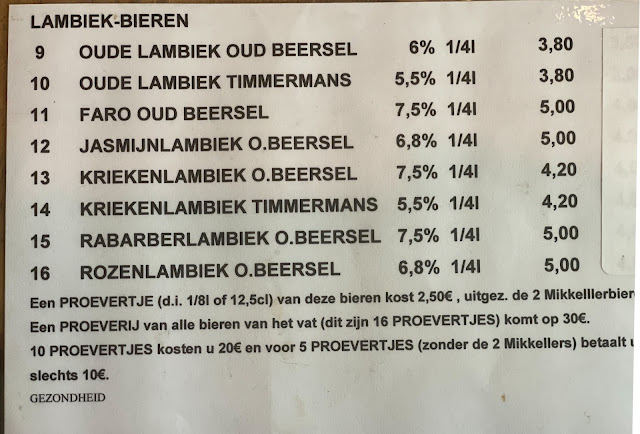 They were all very good. The Rozenlambiek (Rosemary) was the most interesting, but I'm not sure I could  drink a bottle. The Jasmiijnlambiek (Jasmine Tea) was also quite different, very earthy.

I like triples so I asked Leen to pick me one and she brought the Name Tripel, and old favorite and it didn't disappoint. 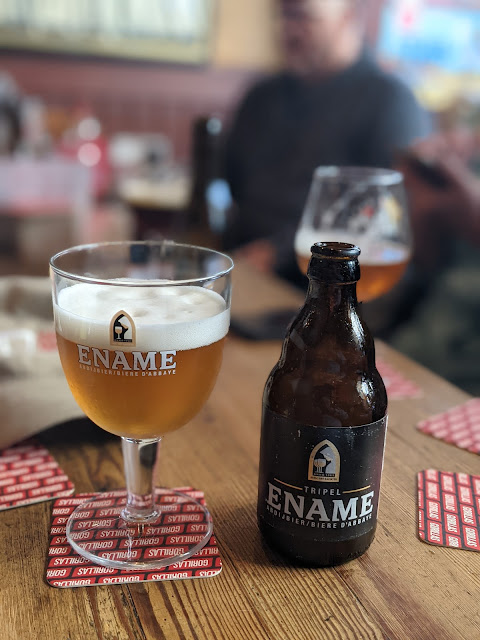 Staying on the theme, I ordered a Het Anker Gouden Carolus Tripel, another favorite. 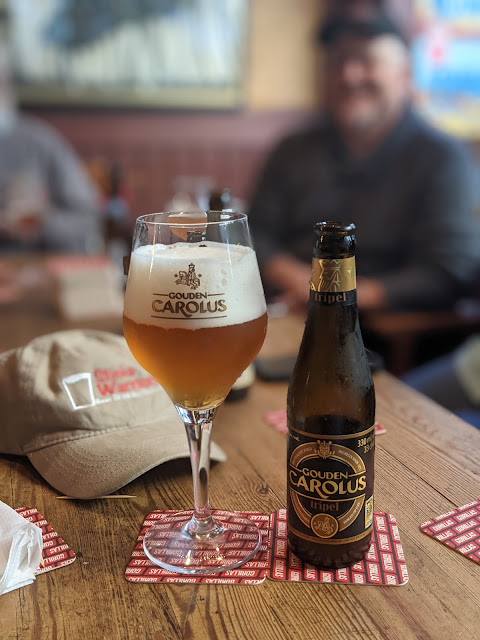 It just arrived and wasn't on the menu yet, but we were allowed to drool over the new Rodenbach Red Tripel. I understand only a small amount was made so it is likely to be pricy.
Someone wanted an old beer, so we got a Bornem Dubbel from 2000. Nice sherry, but not much "Dubbel" left (which was expected)
,
We had a dinner reservation at Billies Bier Cafeteria so we wandered over.  I understand why the do it, but I am in Belgium to drink Belgian beer (or at least BeNeLux beer) so a little limited on the selection, but some great beers. 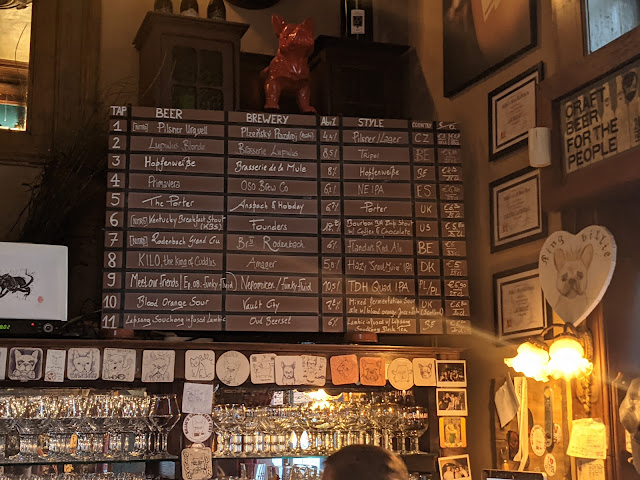 I chose the Lupulus Tripel. I had had this in the past and enjoyed it, but this one was not as good as I remembered. 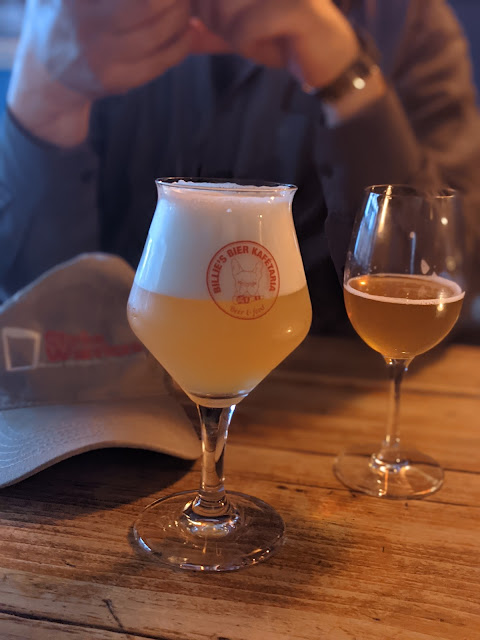 I ordered some deep fried mussels to tie me over until the main course came. There were good, but I prefer the steamed, even if they are more work. 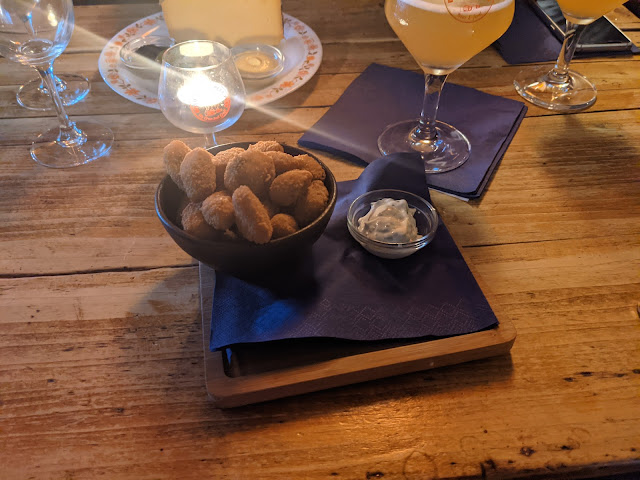 To go with dinner I ordered a Scheldebrouwerij Zeezuiper Tripel. A very nice beer. 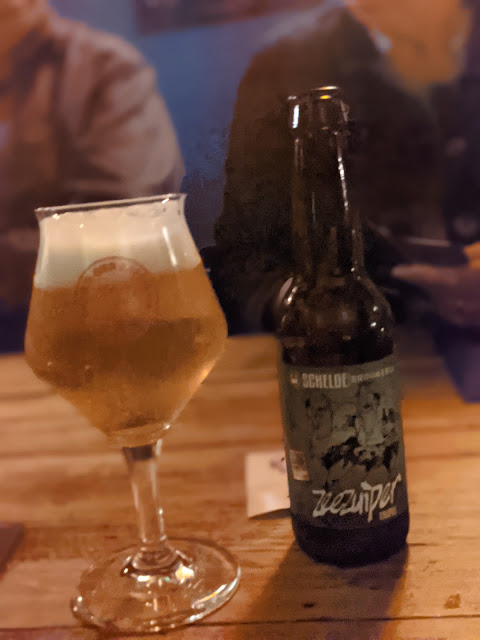 Dinner was Stoofvlees (Beef and onion stew) and it was very good. It is game season so they had a venison stew and roast pheasant, which the others said was very good. 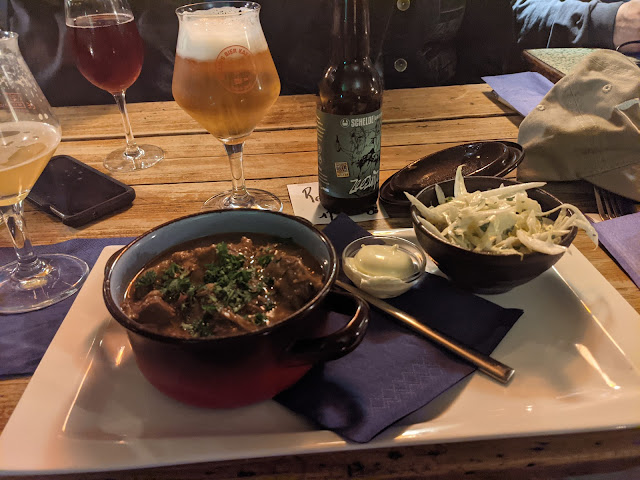 The liter of lambic I drank earlier in the day caught up to me and my stomach was starting to rebel, so I called it an early night. The rest of the gang went on to De Ware Jacob for a night cap...
Posted by The Mad Brewer at 2:25 AM

I remember ordering Stoofvlees at Billie's and being unable to finish the serving. They should advertise it as a dish for sharing! My visit was also memorable for meeting Billie for the first time, quite a character!

The portions are large -- I didn't finish my Stoofvlees either!