Our nice waitress asked if we wanted to see the dessert menu. I said we had one, pointing to the Strong Beer menu. 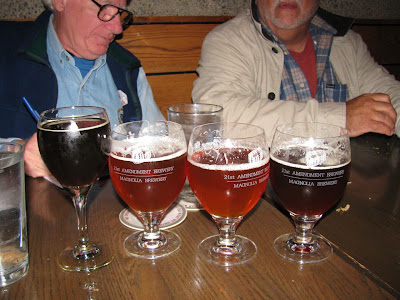 Monk's Blood, Double Triple, Triple IPA, Lower de Boom Barleywine
In case you were tired of pictures of beer, one of our new best friends at the next table took our picture. 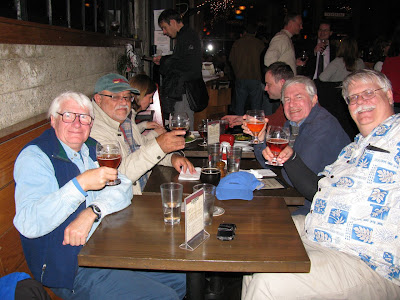 Beer Geeks Unlimited
After we finished our desert, our other new best friends at the table to the right of us bought us a duplicate of our last round of strong beers. Who said folks in SF weren't friendly. 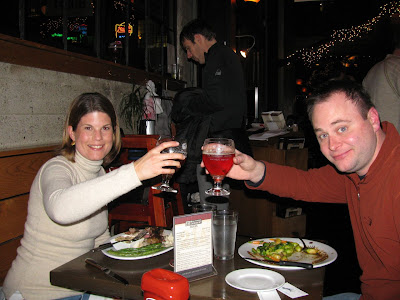 And I have to update our beer tastings. We all liked the first taste of the Monk's Blood but the more we drank of it the less we liked it. As we finished the gift round from our best friend on the right (we're talking spatially here, not politically) - we realized there was a beer basically undrunk -- it was sad to leave this orphan on the table, but nobody liked enough to claim ownership (or parenthood). The consensus was the Lower de Boom was the best, followed by either the Triple IPA or Triple, depending on your mood for hops. 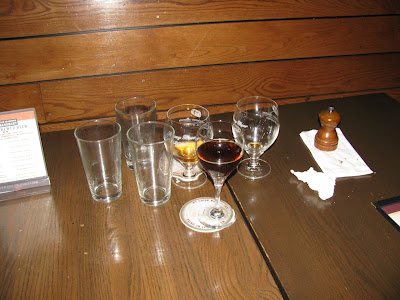 Could you provide a home for this orphan beer?
Posted by The Mad Brewer at 7:16 PM