After leaving the Toronado we walked over to the Monk's Kettle on 16th.

We got there at 11:40 but the didn't open until noon, so we stood around for a while. It started rain so the let us in to sit, but we couldn't order beer until straight up 12 noon. 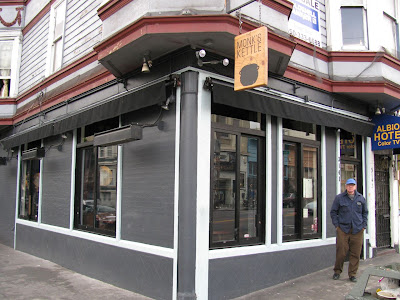 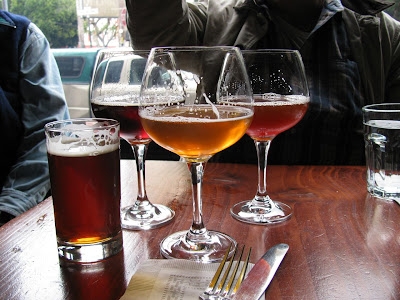 All were good but the Sticke alt wasn't really an alt -- way too much roasty flavor and not dry enough in the finish. But a tasty beer.

Mike passed on Round Two, so only three: Drakes Imperial Stout (on Nitro), Green Flash Grand Cru and another beer that I can't remember for the life of me Lagunitas Hairy Eyeball. 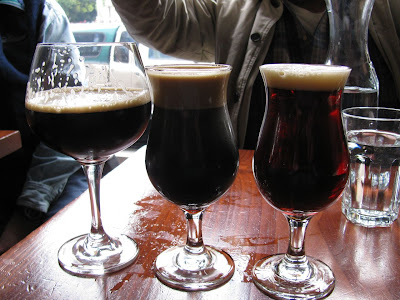 I'm normally not a fan of Nitro beers but I think it works with Imperial Stouts -- I prefer North Coast Old Rasputin that way and the Drake's was also excellent. The Green Flash Grand Cru was enjoyable but wasn't a beer that really stood out. The Hairy Eyeball was malty and strong but I liked the Drake's more.

I took a break while the others headed over to Anchor Brewing for the Homebrew Club of the Year party. We'll try the Toronado again later this afternoon.
Posted by The Mad Brewer at 2:43 PM