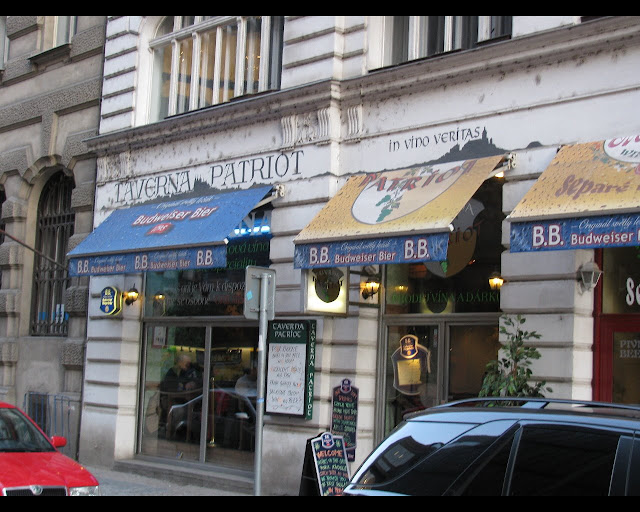 The first impression was that it was not as clean in the finish as we expected. There was nothing wrong, just not that bitter clean finish that is the Czech "Pale Lager" trademark. But the beers was good and was soon gone. 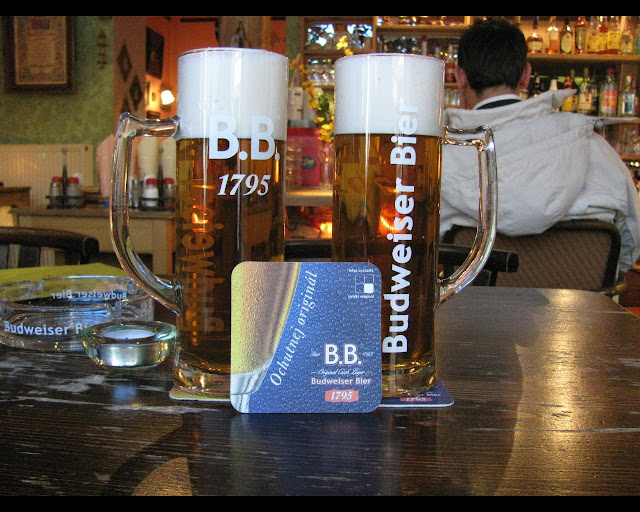 The only other draft beer on the menu was Pilsener Urquell and we figured we'd have lot a chances for that. We noticed a couple at the other table had a darkish beer and the bar maid had brought it from a tap so we figure maybe there was another beer but just not on the menu. We said we'd like one of those. It turns out it was a "half and half" -- half draft Budweiser and half bottled Samson dark. There was enough interest there we asked if we could have a taste of the dark by it self. The answer was no, but she would sell us a "half and half" with only the dark half. So we had one. If I had had this in Germany I would have said it was a very nice Dunkel. A bit cleaner that the U Fleku. 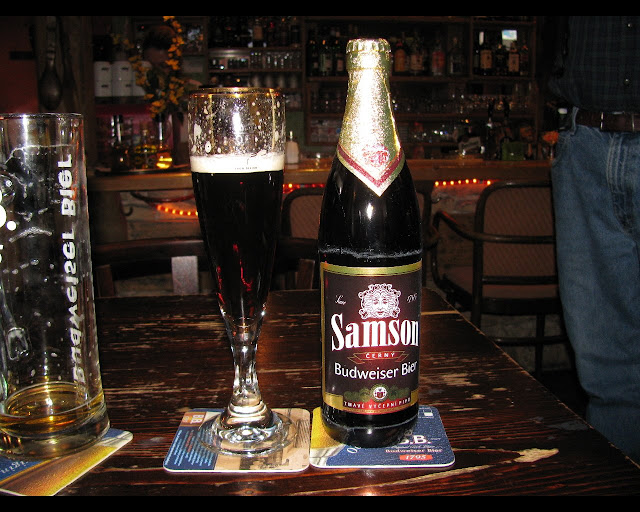 The Taverna Patriot itself was a friendly little pub and I would definitely recommend it.
Posted by The Mad Brewer at 8:30 AM