Near our hotel is the restaurant Kolkovna, which was recommended as having good food and unpasteurized Pilsener Urquell. 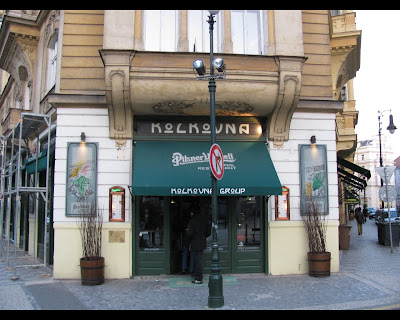 They obviously catered to tourists as we were given English menus without even asking. But I did hear Czech spoke at adjacent tables so it wasn't all tourists. 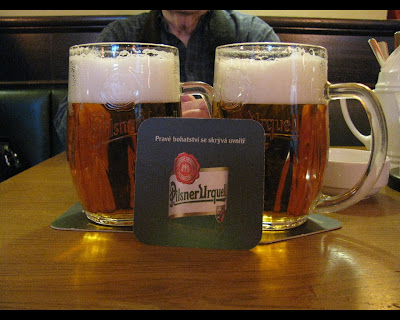 The beers came quickly. By this time we had been up for 36 hours or so and our palates were pretty well shot. Again, the beer wasn't as clean in the finish as the P.U. I've had in the US. But I am suspecting that is me not the beer. So we'll have to try again tomorrow.

After a nice appetizer of pickled herring and salmon and a dinner of Goulash I decide to have a Kozel for dessert. 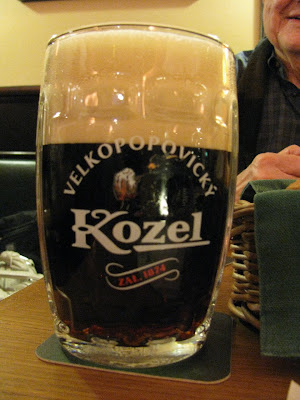 When I've had this beer before it was very sweet and this one was the same. Its not a beer that I would want to drink a lot of, but one was OK just to say I've had it. The brewery is a large brewery that is owned by SABMiller (who also owns Pilsenser Urquell) so you often see the two together.
Posted by The Mad Brewer at 1:08 AM