In the nearby suburb of Liben is this wonderful little brewery and pub. The brewery is fairly recent, dating from 2004 though it looks as if it was an old pub before that. If not, they have managed to create that feeling. We had to take two different trams to get there, but it was worth the trip. Plus we got to see a little more of the area than the typical tourist.

The name is really Richter Brewery (in English) but website and the logo say Pivovar U Bulovky (it is on Bulovka Street) which makes the convenient acronym of P.U.B. 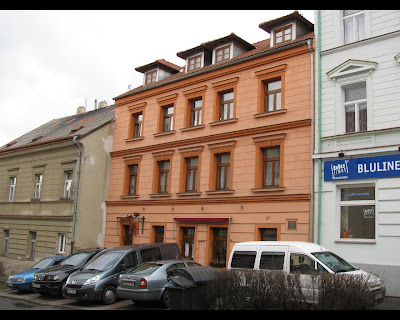 The menu listed about 12 different type of beer, including both ales and lagers (top and bottom fermented) but only four are on draft at any one time. Todays choices where Svetly Lezak (Pale Lager) , Maerzen, Weissbier and Polotmavy Weissbier. That latter translates to "half dark". Anyway we started with the Svetly and Maerzen. 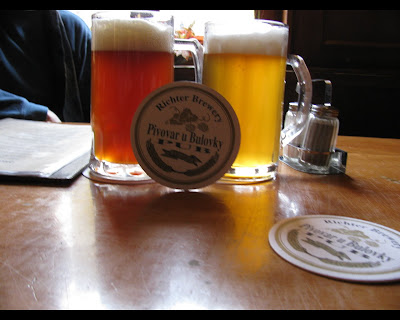 This is the second Maerzen we've had it this one was much like the first. I think the Czech have a concept of Maerzen -- as do the Austrians -- that is different than the traditional German definition. This was a very nice Amber Lager -- slightly less hoppy and slightly more malty than the Svetly. As for the Svetly, it was excellent -- if not the best we've tasted, one of the top three. It had a nice "freshness" you can get from a good unfiltered beer, as if it had just been poured from the lagering tanks. I really got a sense of Saaz hops as well, which (surprisingly to me) I haven't found much of on this trip. I were a brewer here I would to brew beers with a huge Saaz nose.

It was lunch time and the place was filling up with a lunchtime crowd. They have a daily menu for really good price -- 79 crowns our about $4 that today was a bowl of soup and a portion of sauerbraten with dumplings and cabbage. That seemed a little heavy, so we had an omlette and salad, even though that was more expensive. When they started bring plates out to the neighboring table, I regretted my choice, but the omlette was very good. 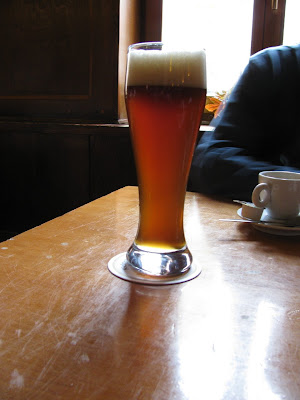 I needed another beer so I tried the Polotmavy Weissbier. It was a nice wheat beer, with just a touch of roasted malt without much banana ester.

And I leave you with a picture of the bar and brewery. This is a great little brewpub and I recommend you take the tram ride out there if you have time. 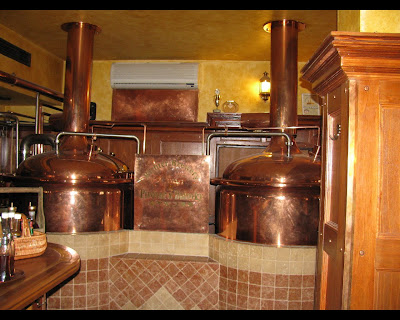 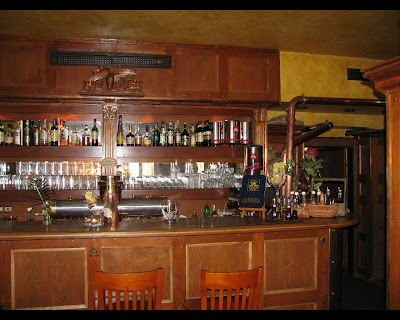