On Thursday we left Düsseldorf (and Germany) and headed for Belgium. We had a problem in Dordrecht where the train to Antwerp was late and then changed tracks without an announcement, so we got in a bit later than expected. 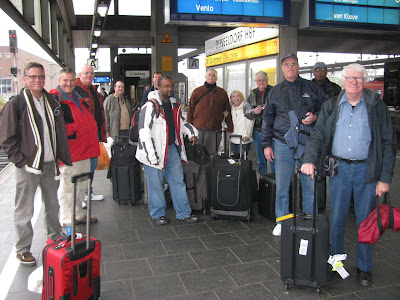 The gang waiting on the platform in Düsseldorf 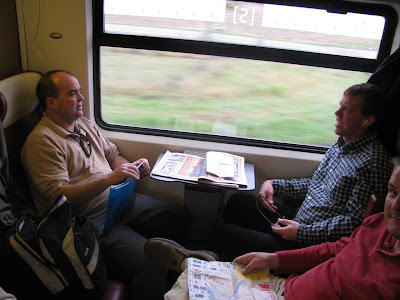 Ian, Tim and Drew kicking back on the train 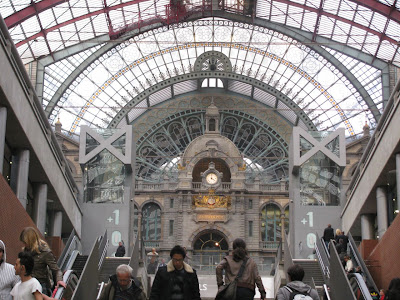 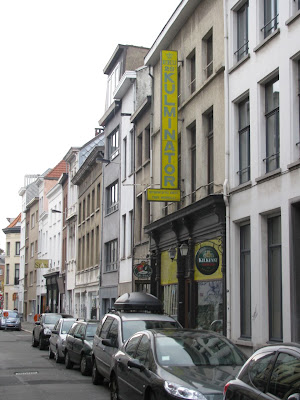 The Kulminator -- the center of the beer universe for many beer geeks. 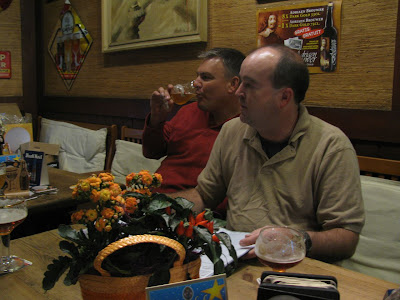 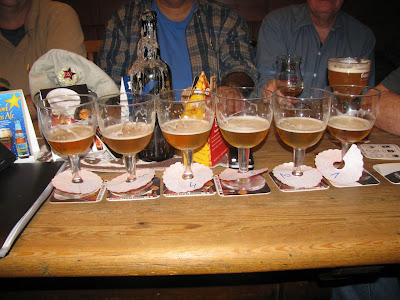 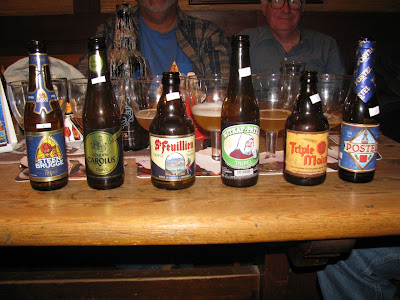 The results. I am sad to say we didn't do very well. Triple Moine was the favorite 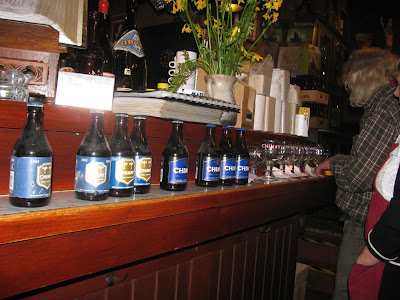 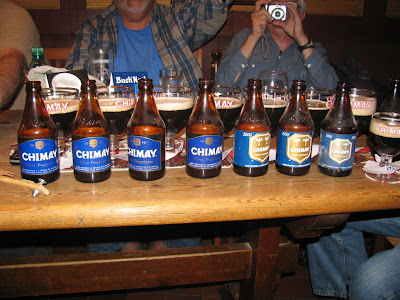 All lined up and ready to drink. 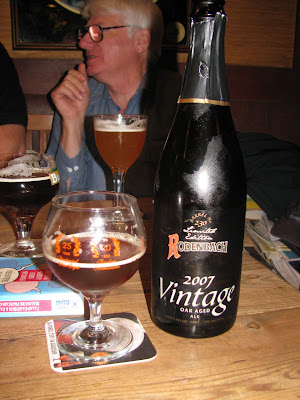 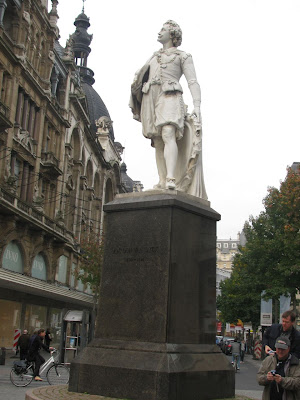 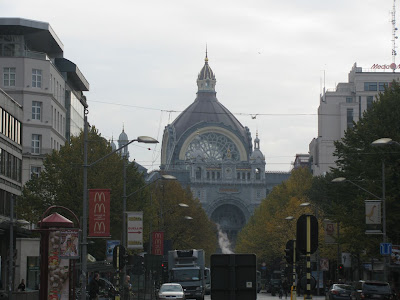 Train station from the outside (at a distance) 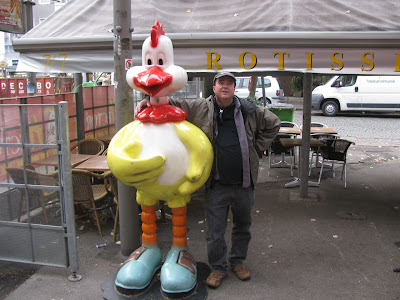 Ian continues his fascination with giant plastic farm animals
Posted by The Mad Brewer at 4:49 AM