Prague to Bamberg, with a stop in Plzen

We hired a van to take the 7 of us to Bamberg, it seemed simpler than taking the train. Plus they offered a stop over in Plzen to take the Pilsener Urquell tour.

Unfortunately, they charged extra if you wanted to take pictures, so we nominated Luis to be official photographer. I'll post them when I get copies. 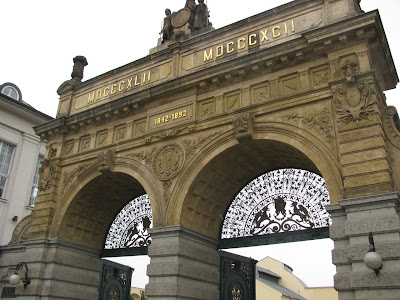 The main gate at the Pilsener Urquell Brewery 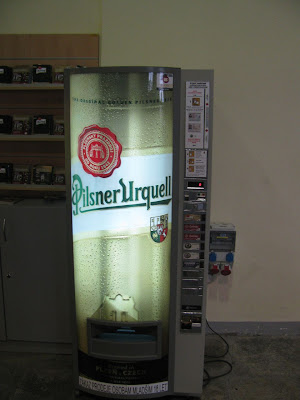 Vending machine in the lobby -- you had to swipe your passport to get beer. 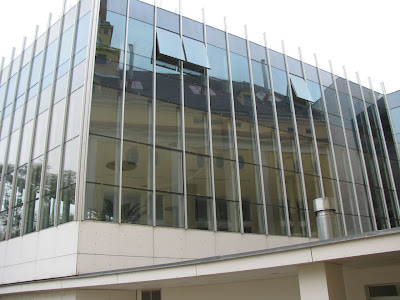 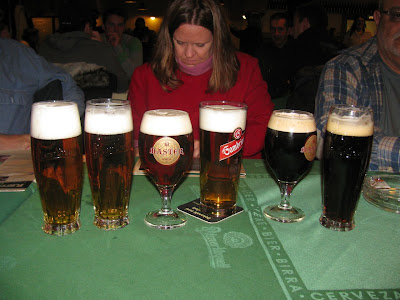 Lunch at the attached restaurant with Uquell, Gambrinus, Master and Kozel beers 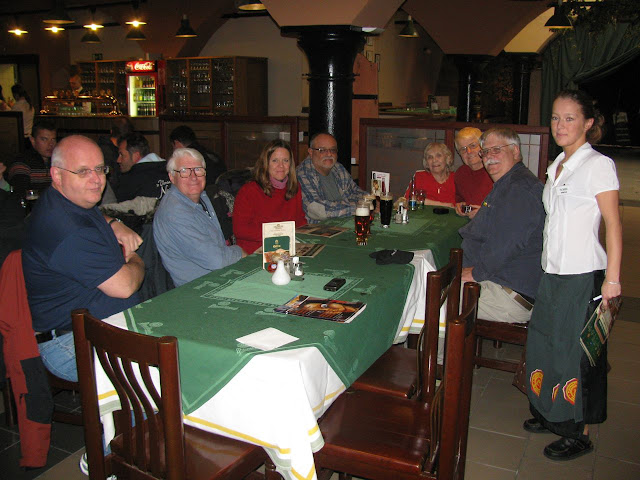 
The weather was bad (snow and rain) and we hit bad traffic around Nürnberg and so we didn't get in to Bamberg until 7pm. We had dinner and a few beers at Spezial and then wandered over to Schlenkerla to try the Ur-Bock (it was very good) and then up the hill to Stöhrenkeller for a nightcap of Eichhorn Kellerbier from Dörfleins.

I won't have to many pictures of Bamberg, because I have taken so many before. Check some of the previous posts taked with "Bamberg" if you want more pictures.
Posted by The Mad Brewer at 1:23 AM