or Gent or Gand. Confusing for a city to have three different spellings. But now matter how you spell it, it was picked as the best beer city in Belgium by Tim Webb in his latest "Good Beer Guide to Belgium." If I wasn't so fond of the Kulminator, it might become my hub city for Belgium. It was Sunday, so a few places weren't open and they are a late starting bunch in Ghent -- most pubs don't open until 3:00 or 4:00pm. First stop was the Waterhuis aan de Bierkant (or just the Bierhuis for short). 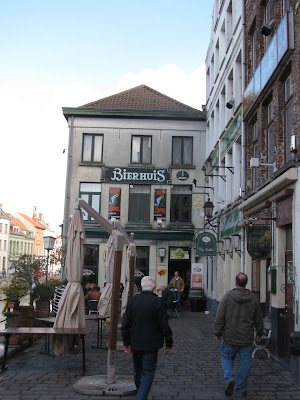 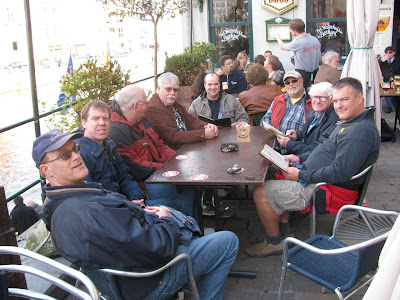 The gang waiting for our first beer 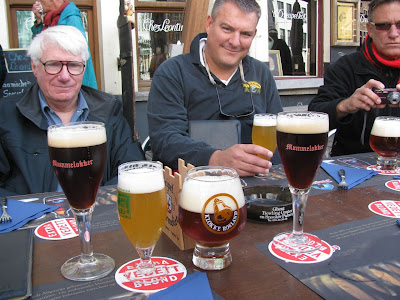 Round 1. We mostly had one of the 3 house beers. One of the two giant bowls of frites that came with our Gentse Stoverij (beef stew)
Some wanted to sight see, so Tom and I went to the next place, Dulle Greive on the Frijdagmarkt (Friday Market Square) 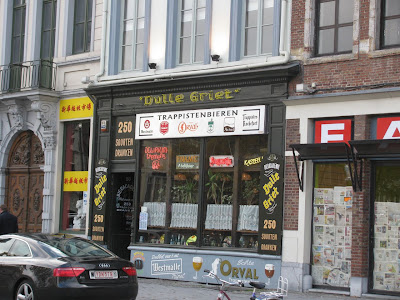 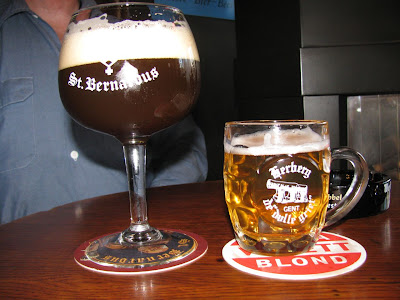 St Bernardus Prior (8) and The Dulle Greive Blond (house beer) 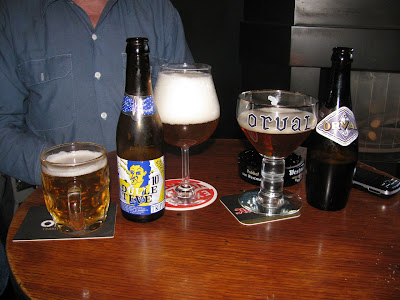 The Dulle Greive Blond, Dulle Teve and aged (1 year) Orval.
After we got tired of waiting for the other group, we went on to Aba Jour and had a Moinette Blonde (brewed by DuPont) 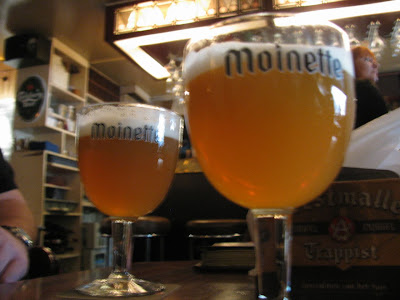 Moinette Blonde
We finally got a call from the Lost Boys -- they had gotten lost but found a pub, the Trollekelder (Troll Cave) so we met them there. 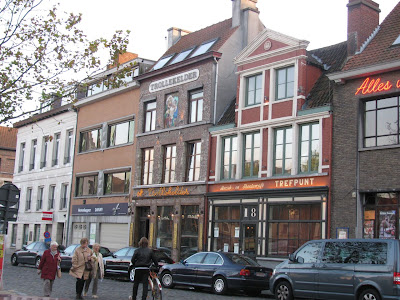 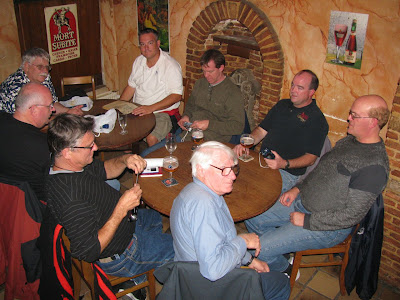 The gang at the Trollekelder
I'll leave you with some pictures of Ghent. It is a very pretty city and there is much to do for both the beer drinker and non-beer drinker. So go check it out next time you are in Belgium. 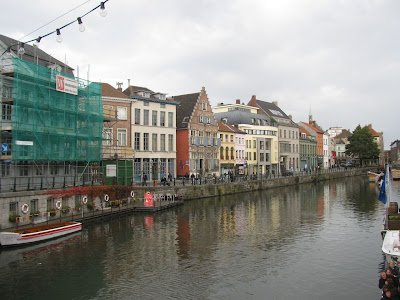 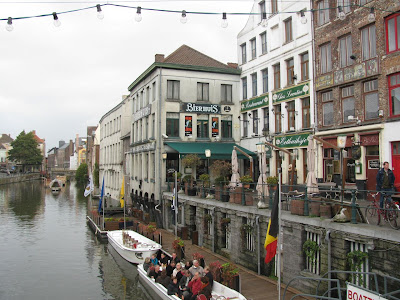 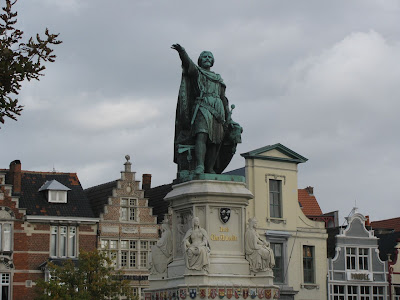 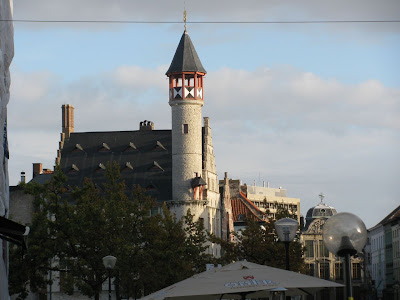 G(h)ent is a lovely place! I am going back there next week.

Oh, and a small error you have there: I believe that Dulle Greive is actually Dulle Griet.

The bar is called Dulle Griet ("Mad Meg"). The name is clearly shown in your photos. So how do you consistently get the name wrong??