We started off the day at Cafe Abseits for a bock tasting. We are a little early in the bock season here, so Gerhard arranged something special for us -- Three different years of Mönchsambacher Weihnachtsbock (Christman bock).

We started out with our usual Mönchsambacher Lager and Huppendorfer Vollbier to wake beer taste buds. 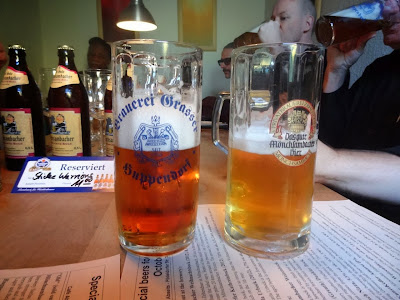 It was lunch time, so he all had the traditional Schnitzel Sandwich... 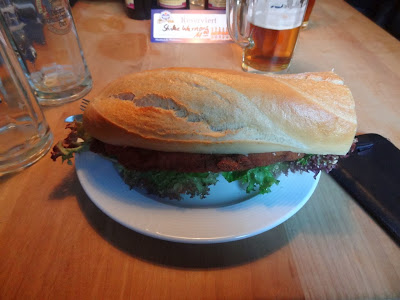 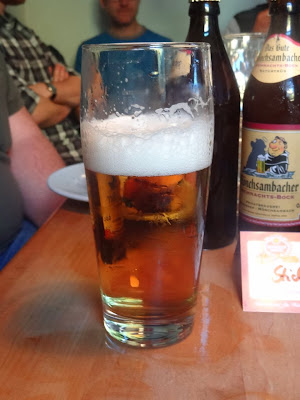 Then the Weizenbock from Antla in Kronach. This was a collaboration beer with a group of local homebrewers formulating the recipe. Only 300 liters were brewed and where was about 5 liters left in the last keg so we got a sample. Sadly ( has happens to home brewers) everybody was having so much fun brewing they can't find the paper with the recipe details. 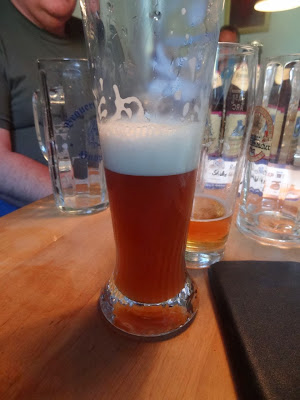 Next week opened 2008, 2010 and 2012 (last year) bottles of the Mönchsambacher Christmas bock. The 2008 and 2010 bottles were stored at the brewery at near to freezing. These beers are also unfiltered, which helps in preservation. All were wonderful, even the 2008. That years version was 9% (the others closer to 8%) so it is not surprising it would age well. 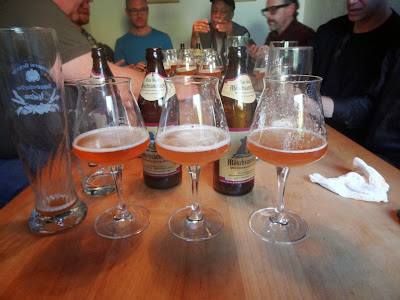 We next had a sample of Weyermann's Barley Wine. This comes in at 11.5% and most of it went into various barrels for aging but Gerhard got a keg of it before the barrel aging. A very nice beer. 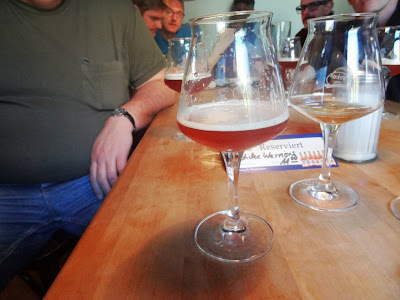 We were in need of some fresh air and walking to clear our heads a bit, so we wondered off to Mahrs Bräu to try their bock. I started with an U (which was good) but some of the others had the bock. I tasted theirs and decided I didn't really need one. It was OK, but nothing special. It has been better in the past.


We headed back to the Altstadt and at Eckerts say that they were serving a bock. So we stopped. It would have been rude not to. 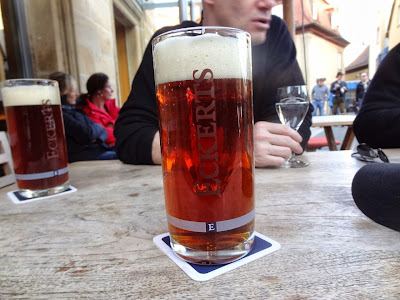 It is brewed by Drei Kronen Memmelsdorf (who does their house beer) and it was fine, but nothing special. I enjoyed the Gänstaller Zwickel-Pils we ordered with bock much more.

Around the corner from Eckerts is Klosterbräu. I needed to see if their Braunbier had gotten any better since May. It had -- it went from "dump this beer" to "could finish it if thirsty" which while an improvement, is not a whole lot better. We moved on. 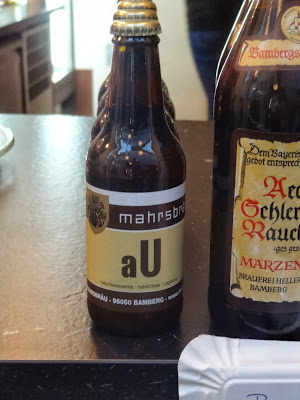 Also noticed that the renovation of the old Einhorn/Nelson Lounge building on Sandstrasse is about down. The pub is supposed to open soon. Hopefully there will be some good beer. 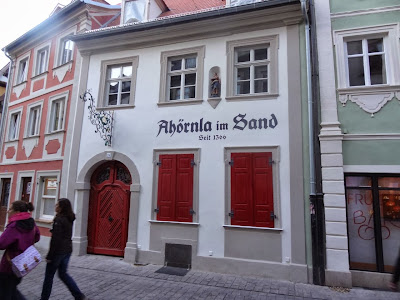 It was getting dinner time so we walked up the hil to Stöhrenkeller for some good Penang Curry and a glass of Friedel Vollbier from Zentbechhofen. Both were delicious. 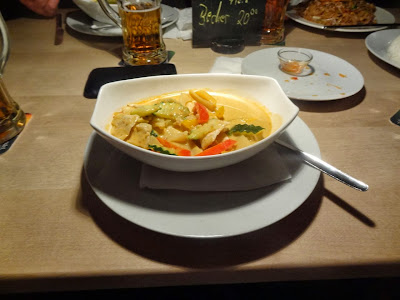 The last beer of the night was a Keesmann bock. It was better than the Mahrs and the Schlenkerla so that makes it the best Bamberg bock so far, but it too seemed a bit ordinary. Maybe my expectations are too high?