Walking around Salzburg, then drinking beer.

We spent the morning walking around the Altstadt while some in the group took a tour bus. In our walk we came by the Hotel Sacher -- sister hotel to the famous one in Vienna. I cannot pass up a Sacher Torte.

We headed over to Augustiner only to find the open at 3pm. But next door was their more formal restaurant, Krimpelstätter. Their garden was open so we sat outside and lunch and a beer or two 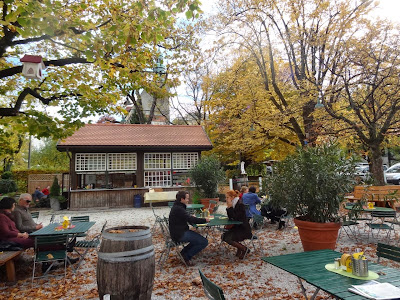 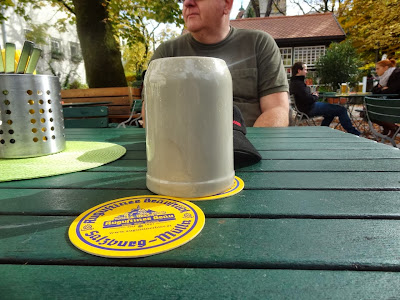 At 3pm we headed over to Augustiner to meet up with the rest of the group. It was a beautiful day so we sat in the bier garden 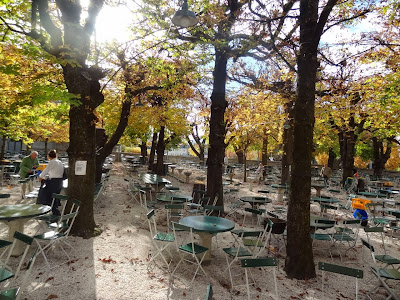 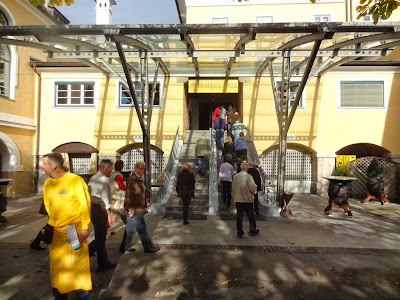 I didn't show you some of the rooms in yesterday's post. Here are a couple of the many large halls. 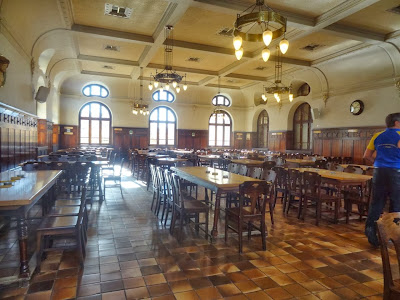 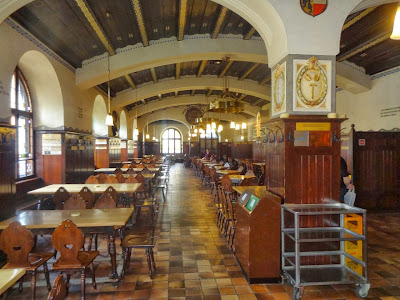 We ended up spending the enitre afternoon there. It was that pleasant. 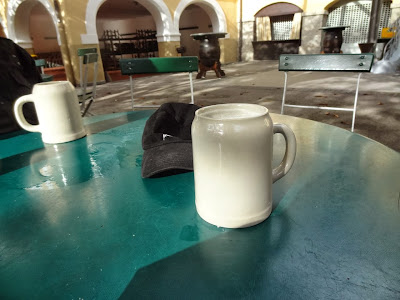 Getting hungry, we headed into the Altstadt to the Zipfer Bierhaus for dinner and a beer. They had three beers on draft, Zipfer UrType, Gösser Zwickel Dunkel and Edelweiss weizenbier. We skipped the wheat and tried the other two. They were fine but nothing special. Went well with the wurst for dinner.

Tomorrow it is off to Munich. We leave one behind here in Salzburg so we'll be down to 4 people (from the original 8 in Antwerp).
Posted by The Mad Brewer at 11:21 PM