After telling a friend that Taproom was no longer serving as a taproom for Amsterdam Brewing Company, he told me he heard a rumor that a place called Bar Saloon might be the new taproom. So I went to check it out.

I stopped first to take the obligatory picture of a canal. It actually turned out pretty good, 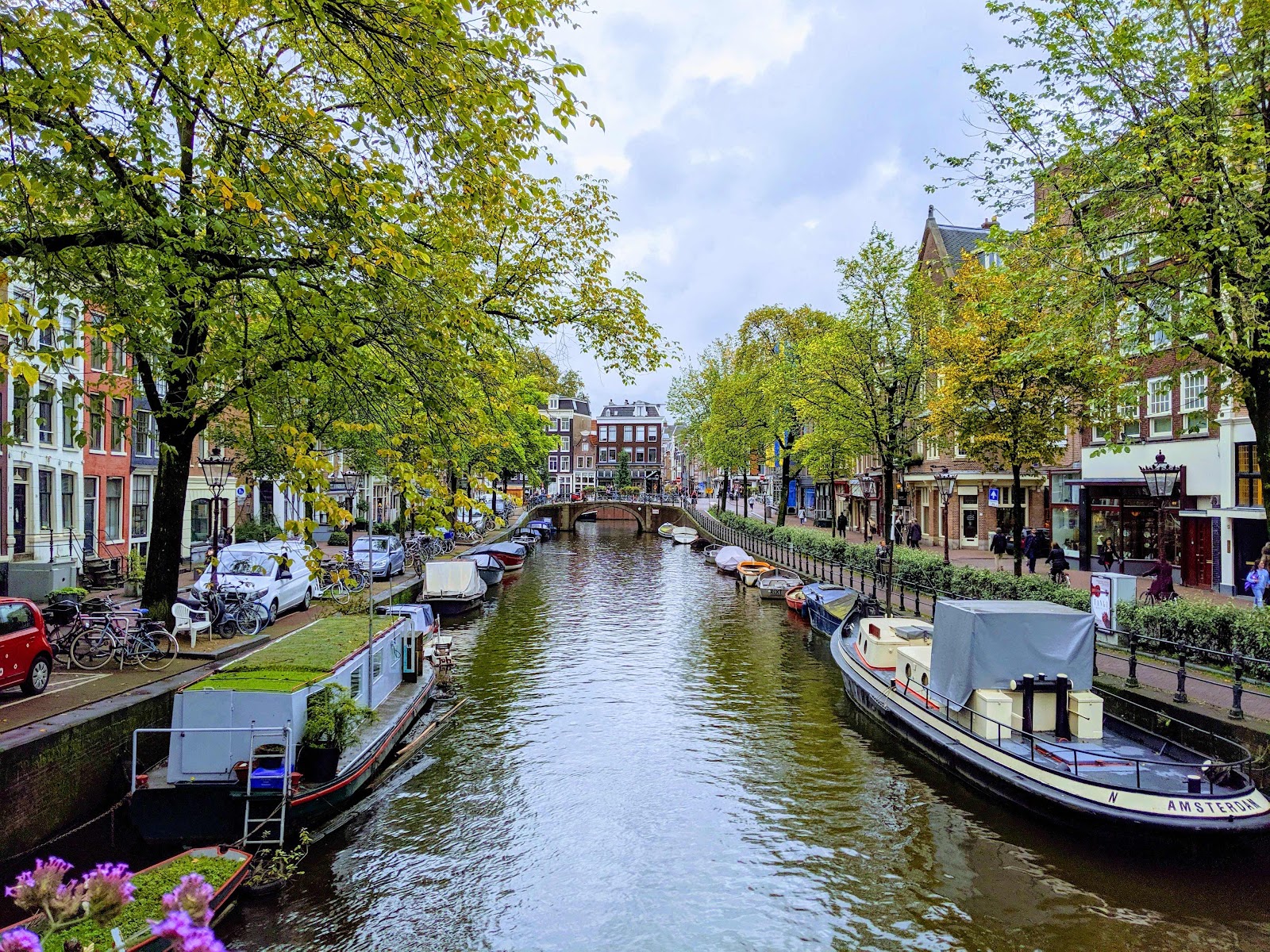 Bar Saloon is on a corner and is in a long and narrow building
. 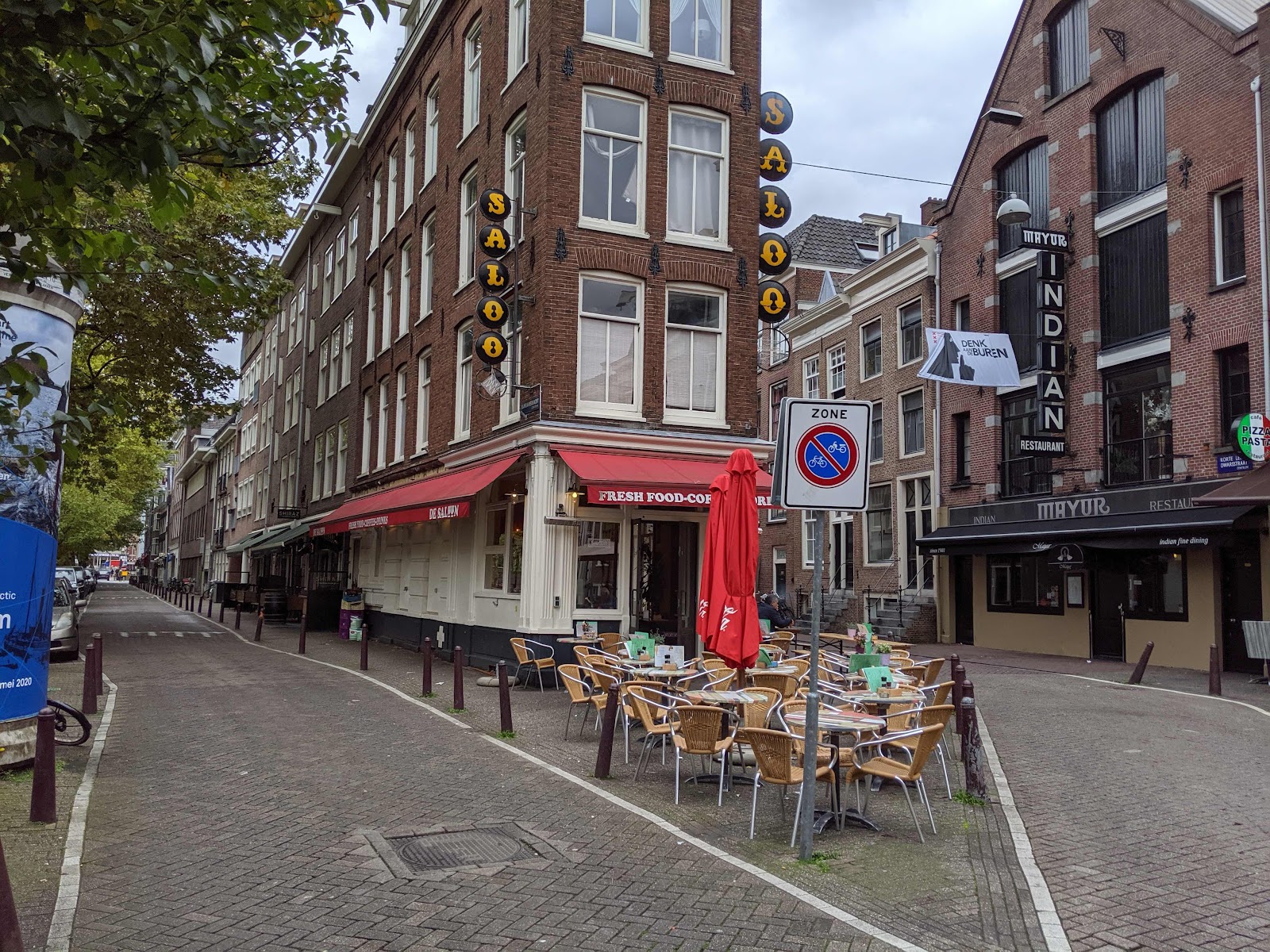 I went in and it clearly wasn’t a taproom for ABC but there were a few interesting beers on tap and a fairly wide selection of bottles. 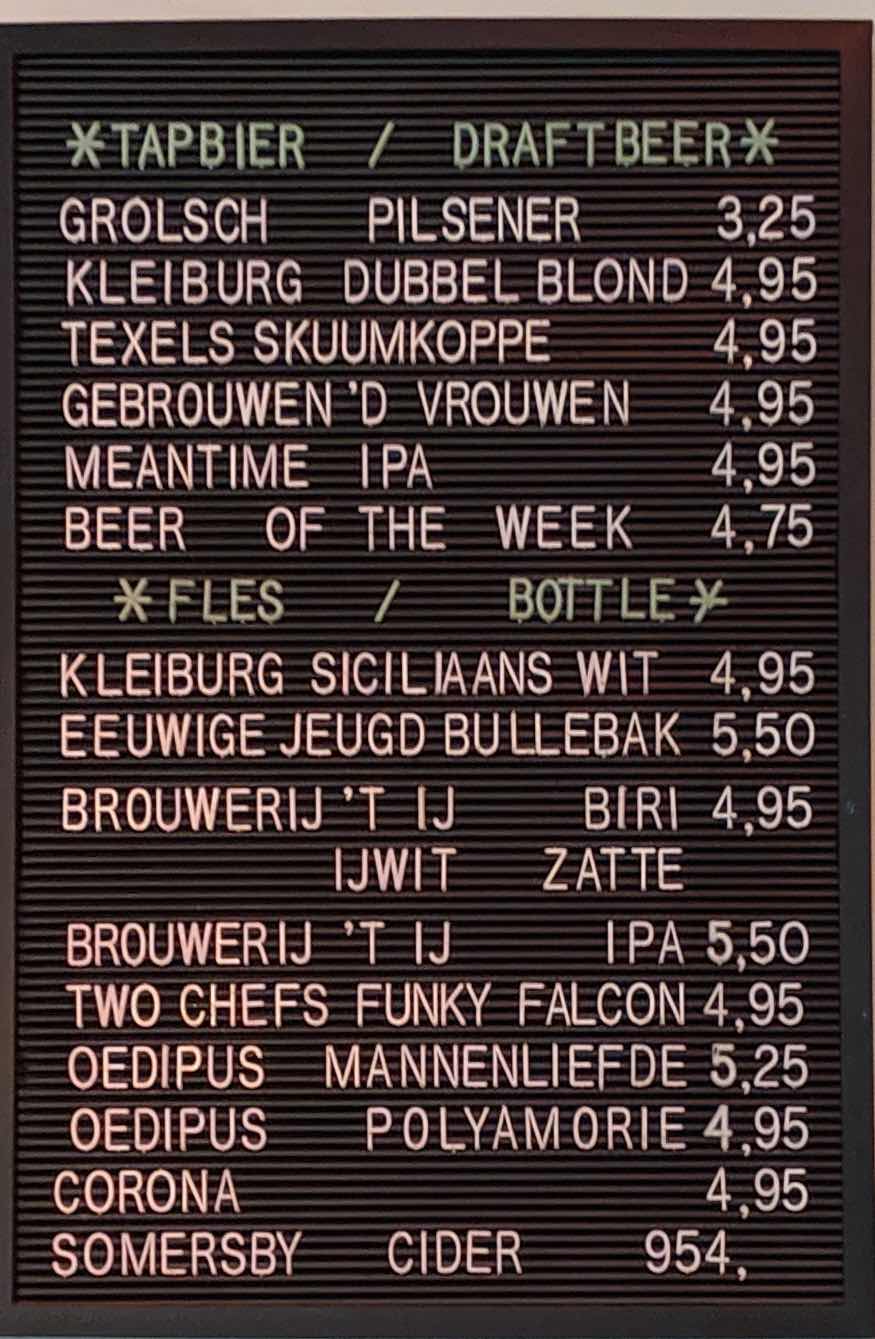 The beer from Gebrouwen door Vrouwen was their Gin Weizen and I wasn’t sure I was ready for that so I ordered the Kleiburg Double Blond. I think this may have been my first Keiburg beer and I very much enjoyed it. 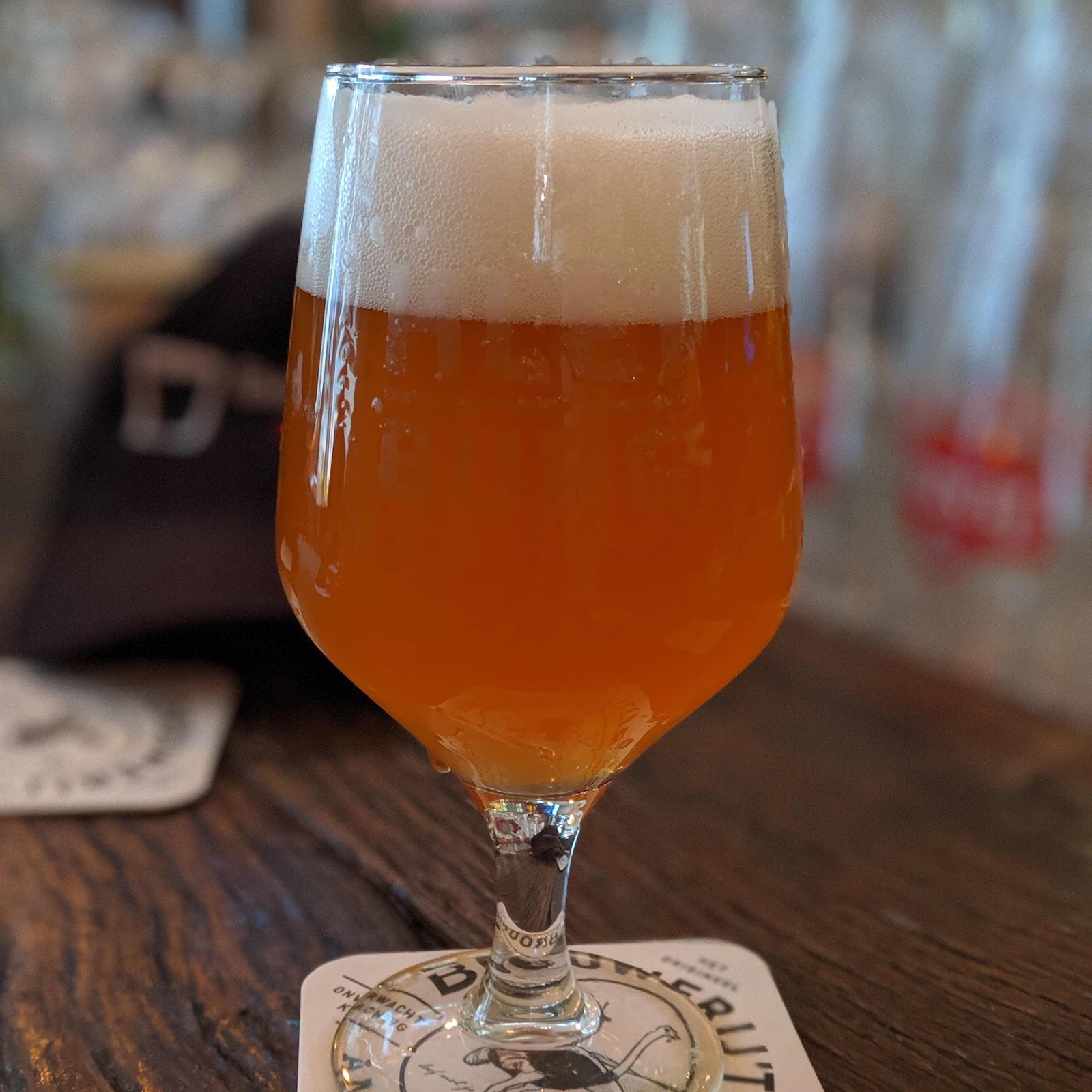 Somebody ordered a burger and it smelled really good and it was sort of lunch time, so I ordered the house burger. It was good, though a bit messy. 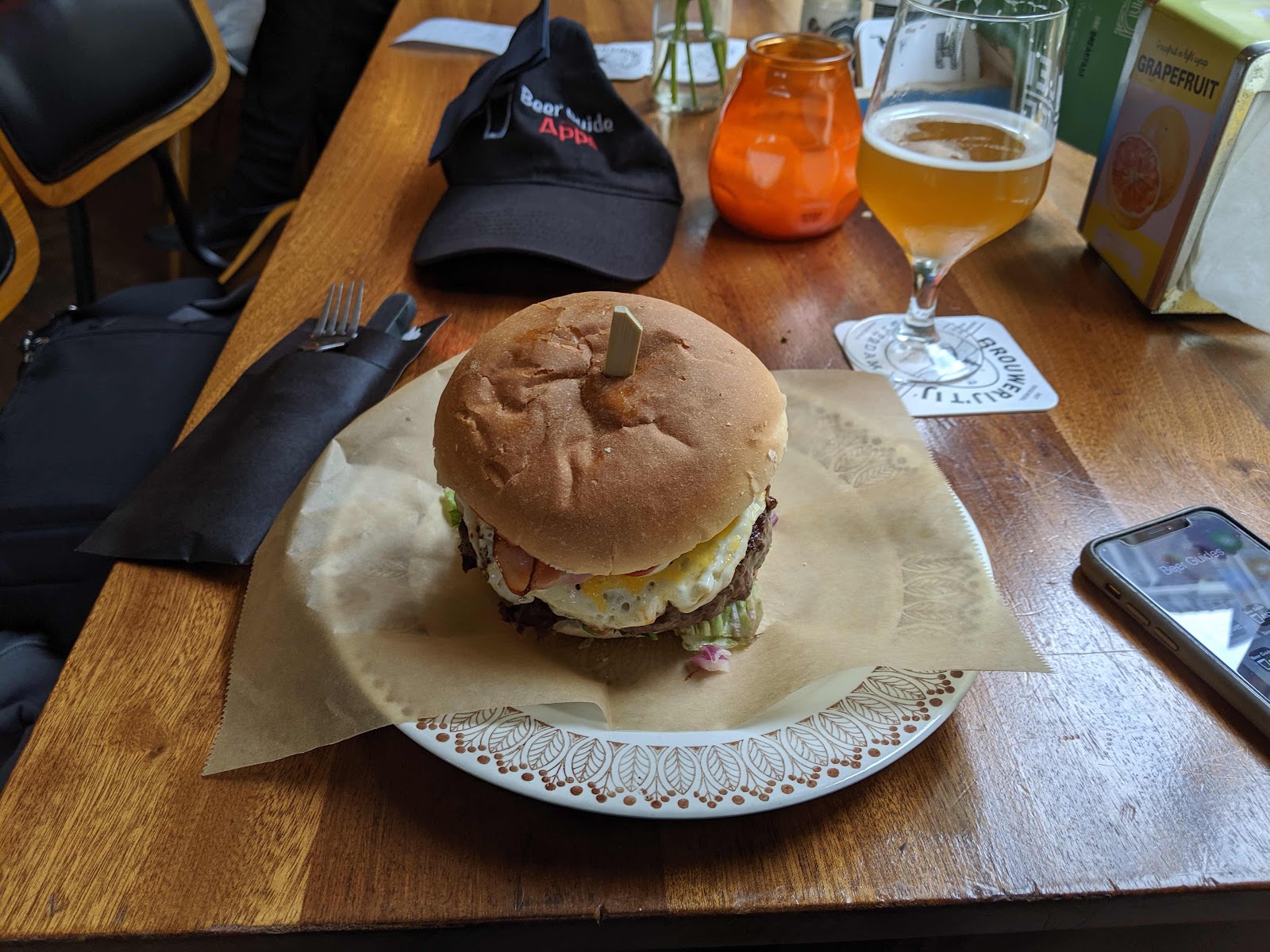 Bar Saloon opens at 9am so it not a bad place for an early beer or an early lunch but after 4pm you can go around the corner to Cafe de Spuyt which has a much better beer selection.
So I headed off towards another place I heard might have a decent beer selection, Kingfisher Cafe 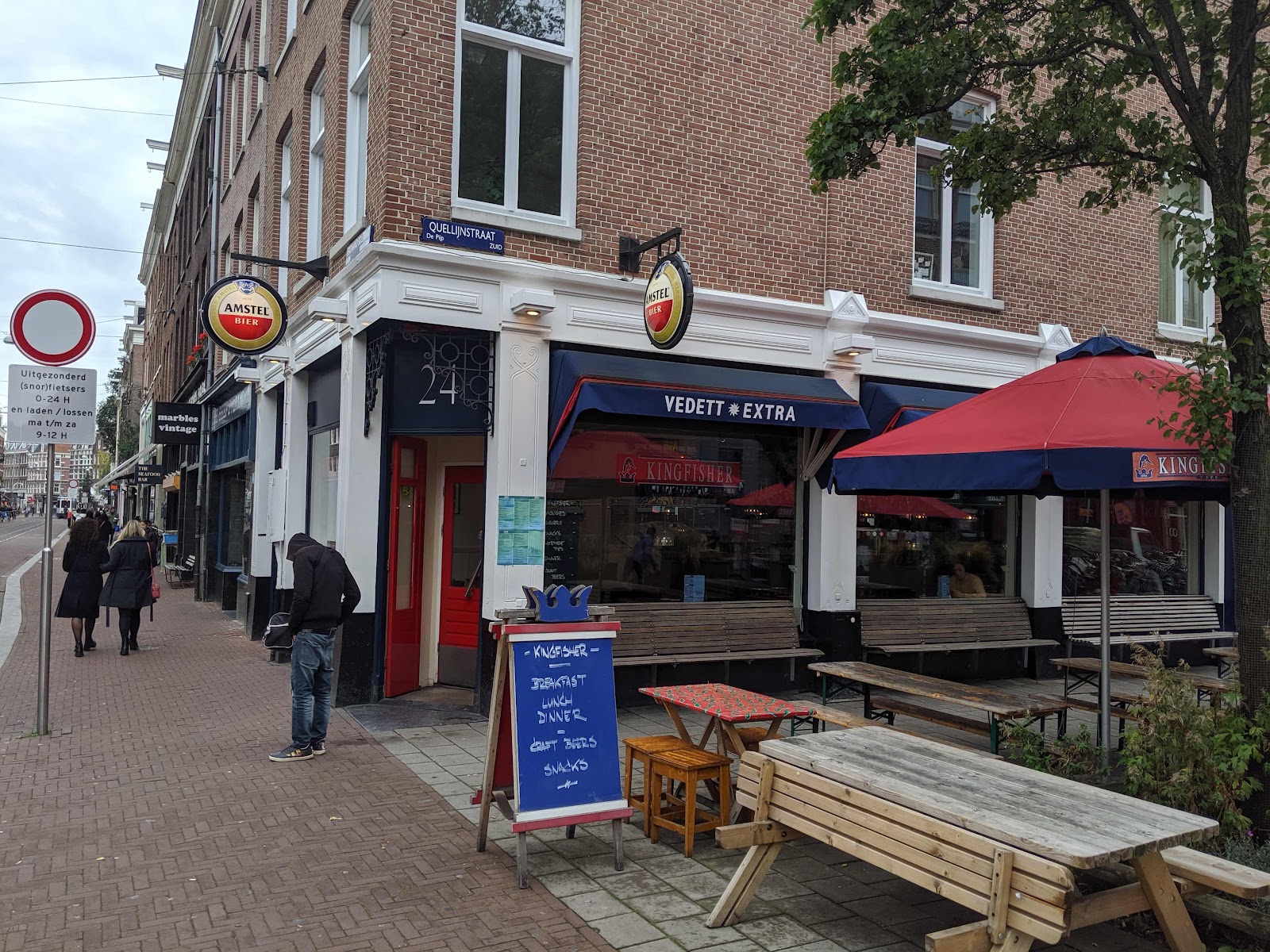 They have ten beers on tap with a bit of an eclectic mix. The Eight Degrees Full Irish is a beer I’ve often had in Dublin (it was the Beior Beer of the Year a few years ago) but I didn’t come to Amsterdam to drink Irish beer.. 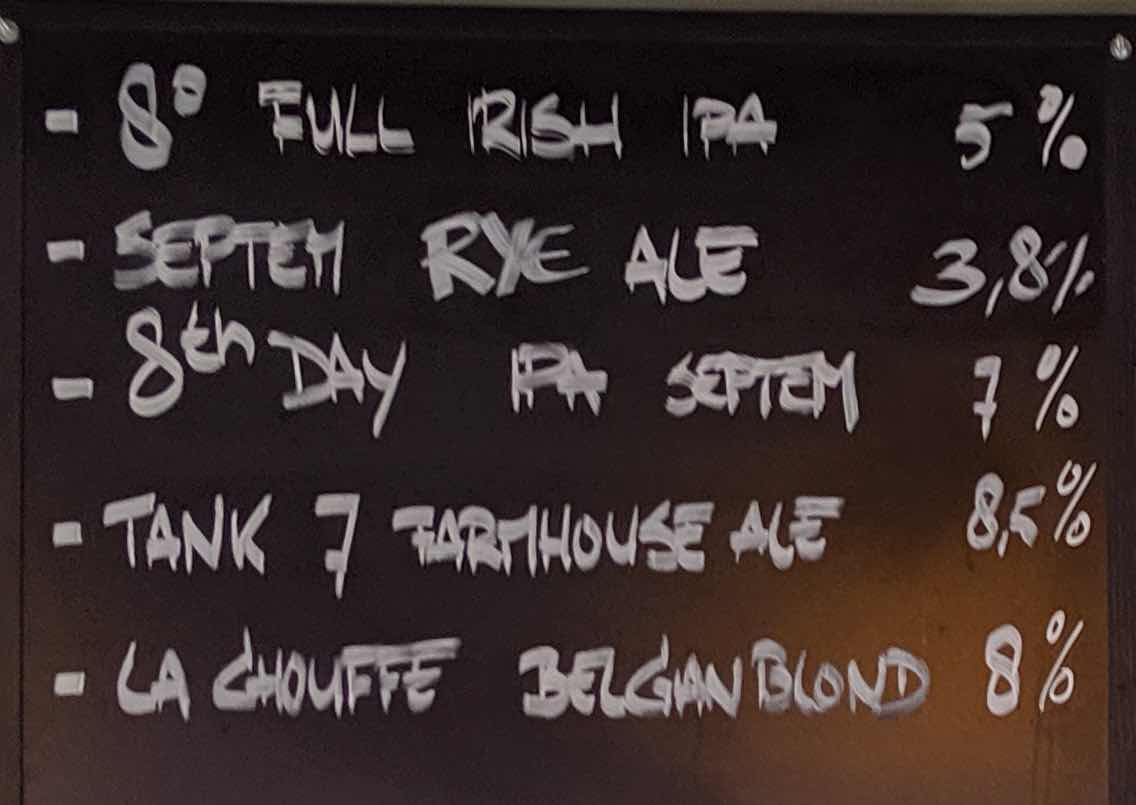 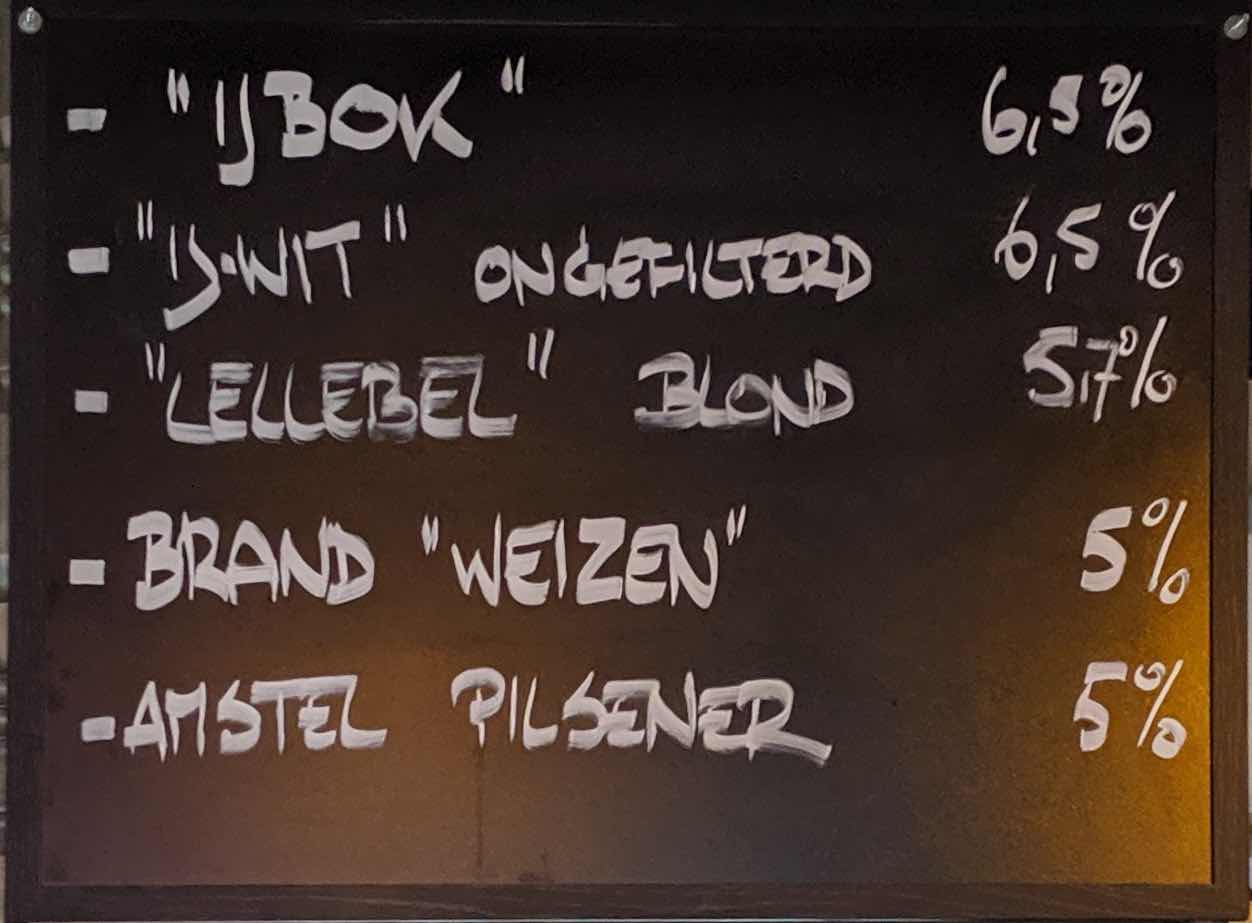 I asked about the Septem beers and it turns out they are a microbrewery in Greece. I already had the Lellebel Blond so I went with the ‘t IJ Wit. It was as expected, very tasty. Since their acquisition by Duval-Moortgat the beers are much more consistent. 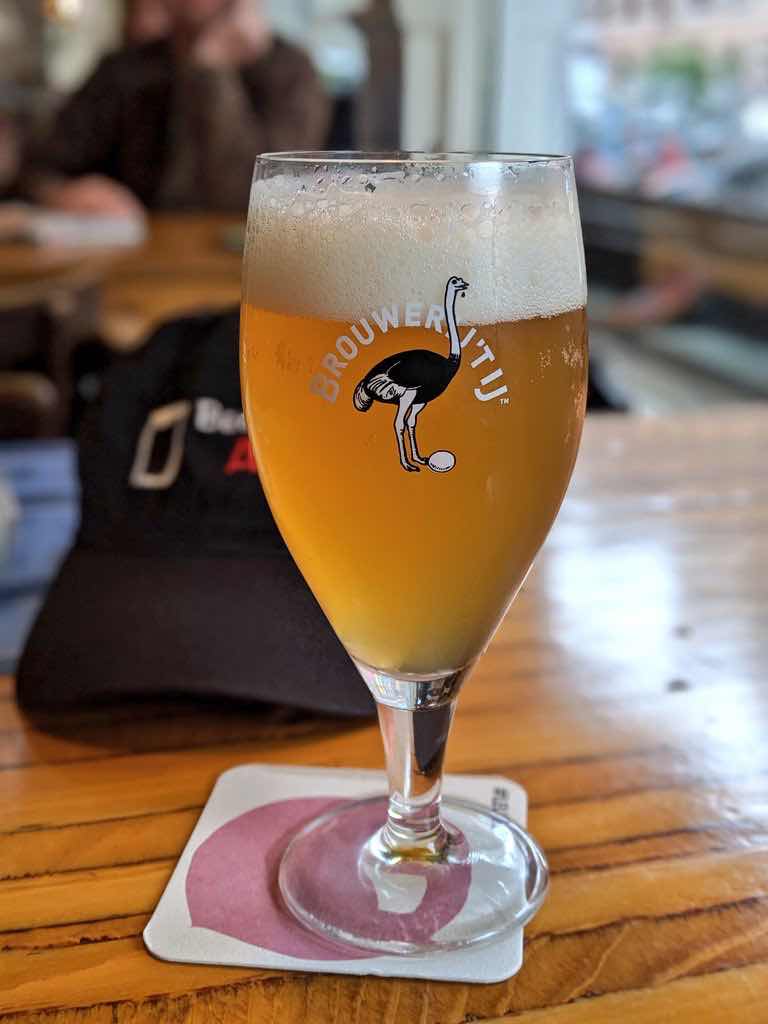 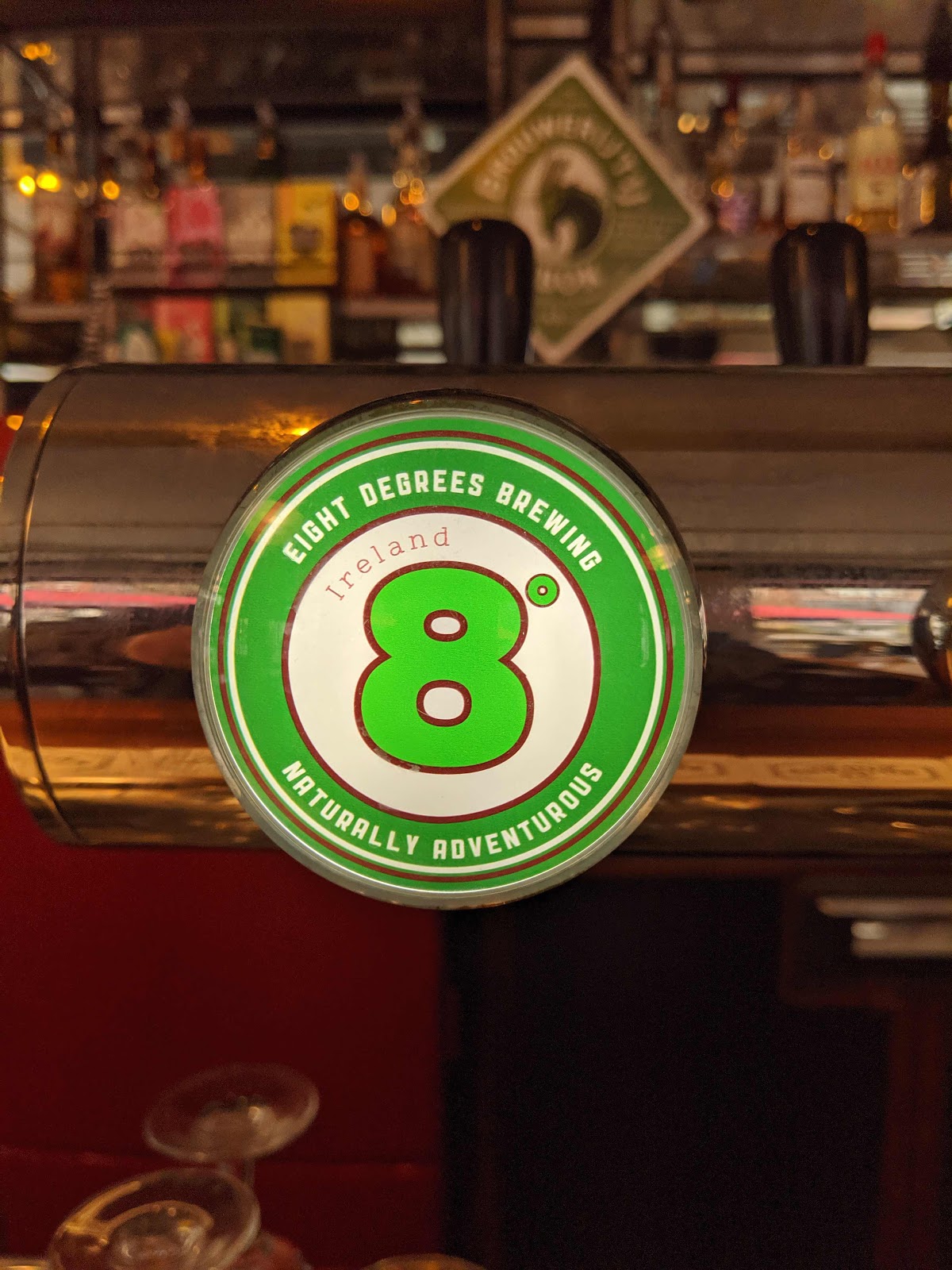 Next I headed towards a place I very much liked on my last visit to Amsterdam, call Helst. They were supposed to be open but looked somewhat forlorn when I got there. I peeked in the window and saw the interior had been completely gutted. I went to check out their website to see if this was a major renovation and the website was no longer active, so I guess Helst is history. Too bad. 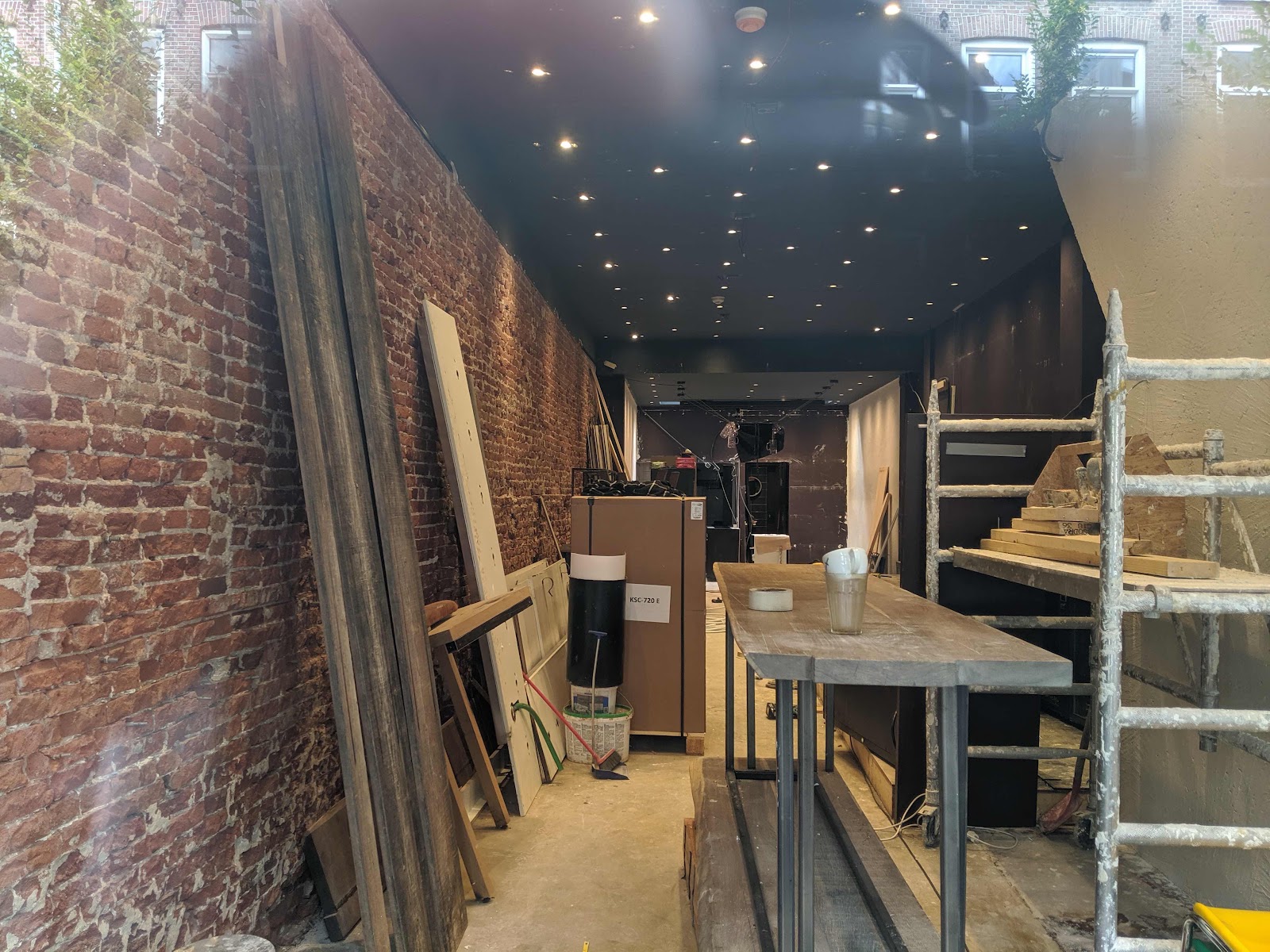 I was meeting a friend later, so I decided to head back to the hotel and rest a bit. On the way I walked thru the Albert Cuyp Market, which always has interesting stuff. Fish anyone? 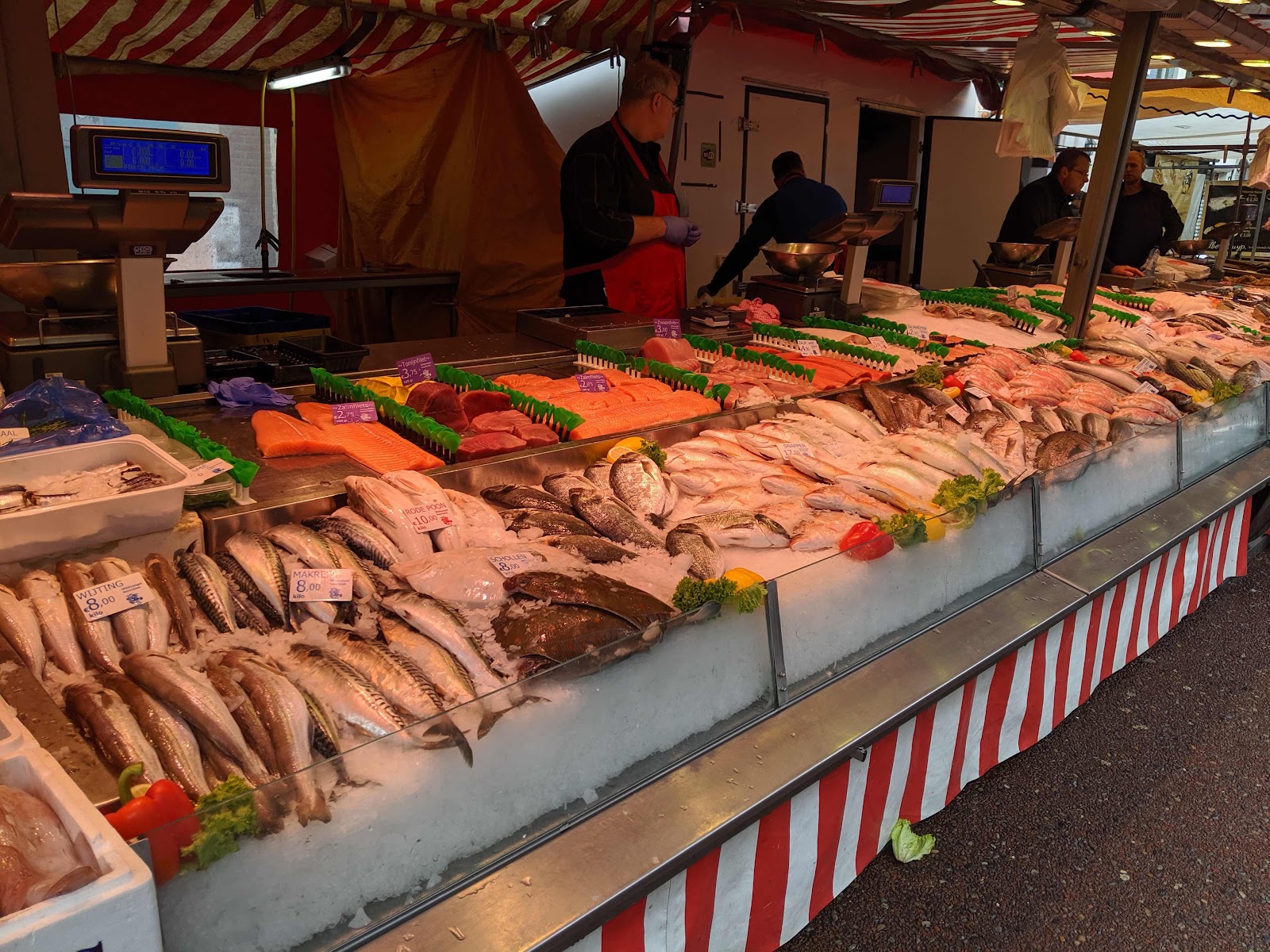 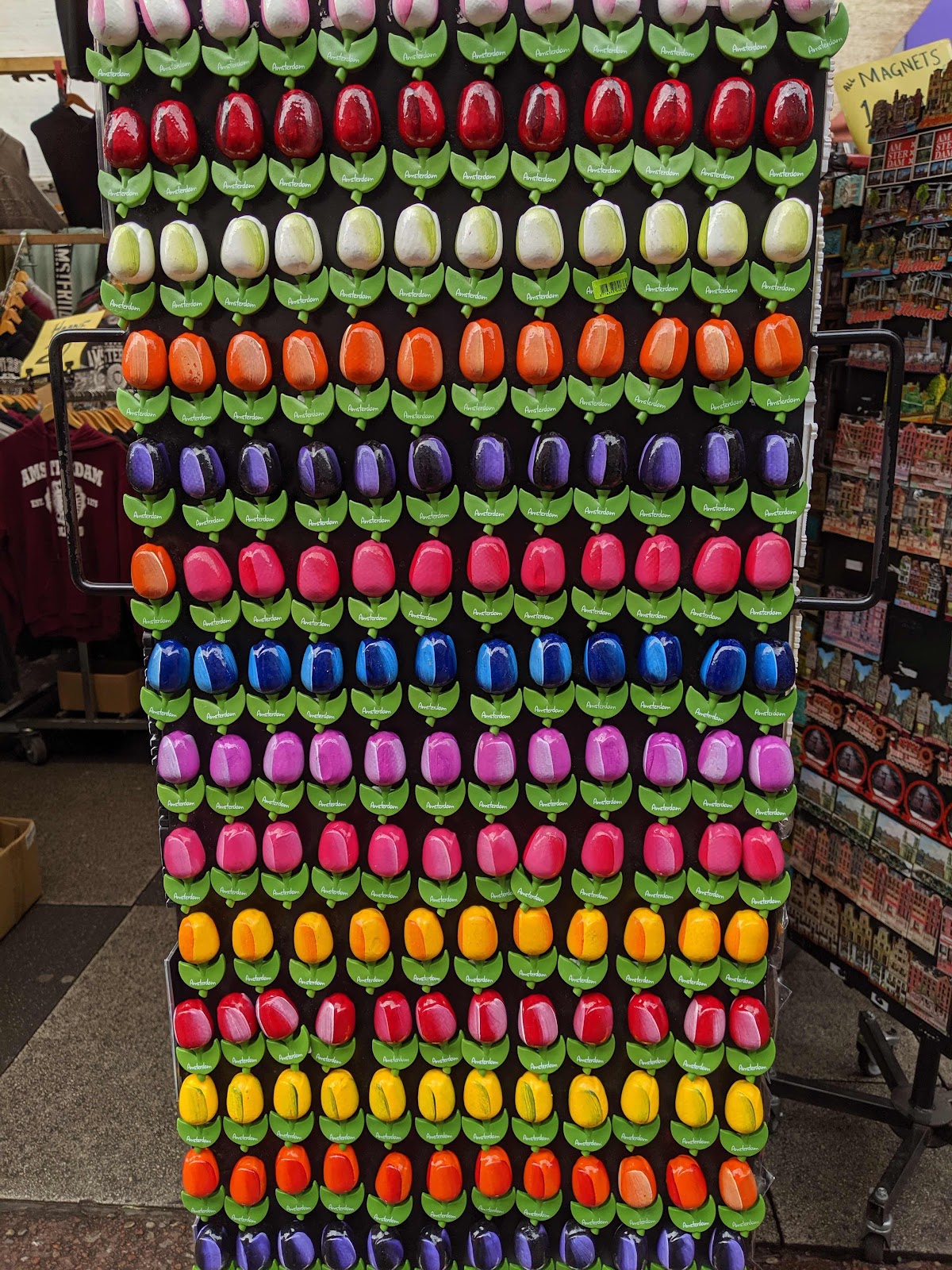 Or Stroopwafels made to order. 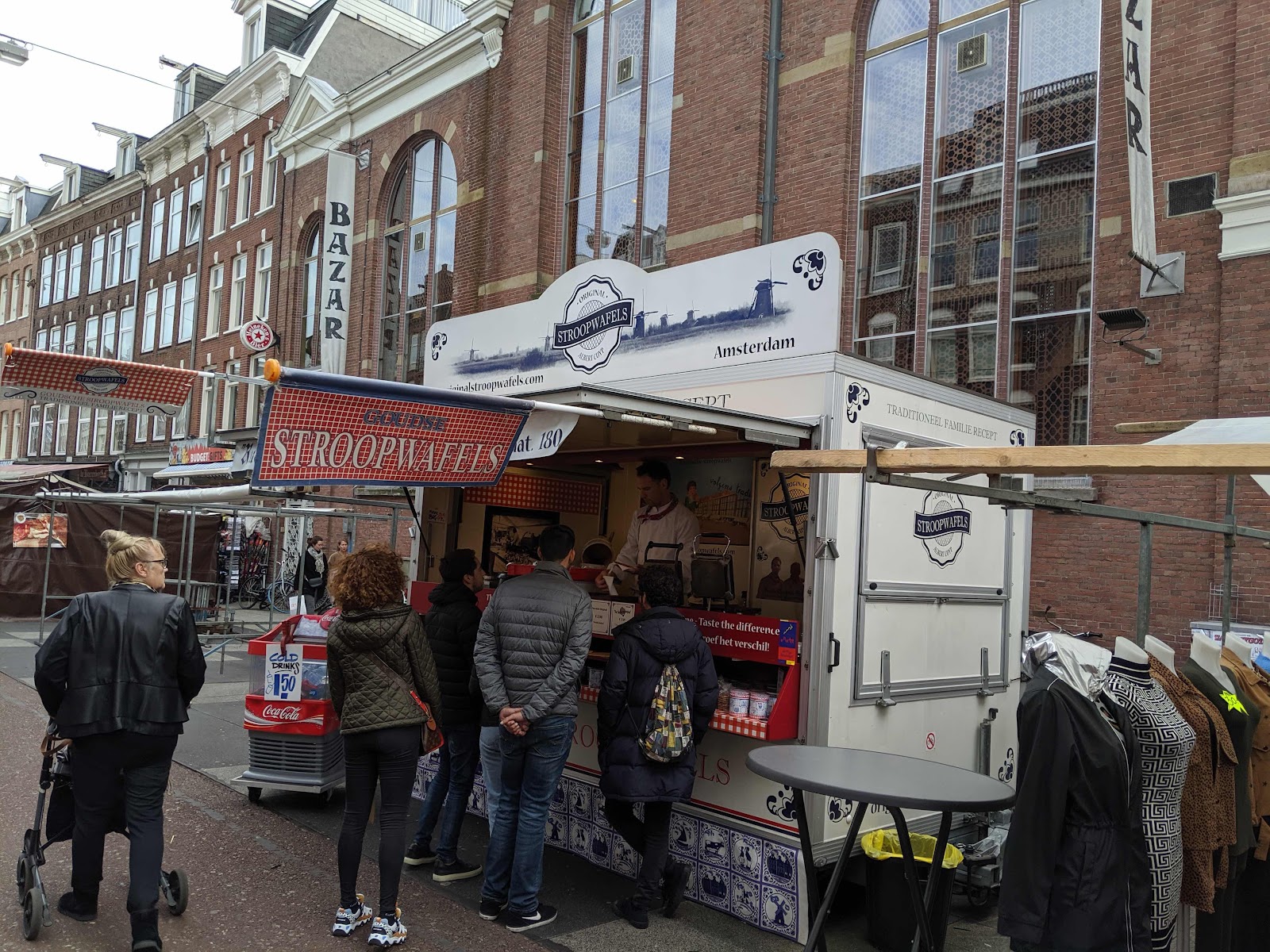 After a bit I headed out and stopped at a Ramen bar near my hotel. It very much hit the spot. 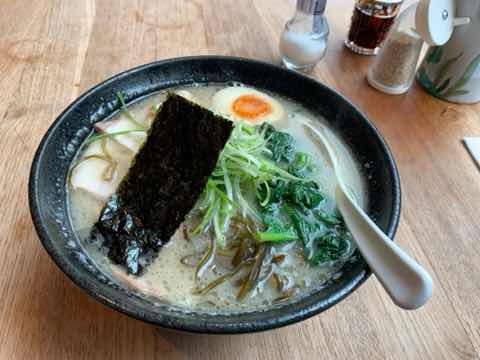 I hopped on the Number 1 tram, which was absolutely packed as it was rush out. It was so packed that at a few stops they didn’t let anybody board. I made many new close personal friends.
Soon I was at Craft and Draft. This is the latest pub by Peter van der Arend, the proprietor of ‘t Arendsnest. It has 41 taps and an attached bottle shop and they also fill growlers to take away. 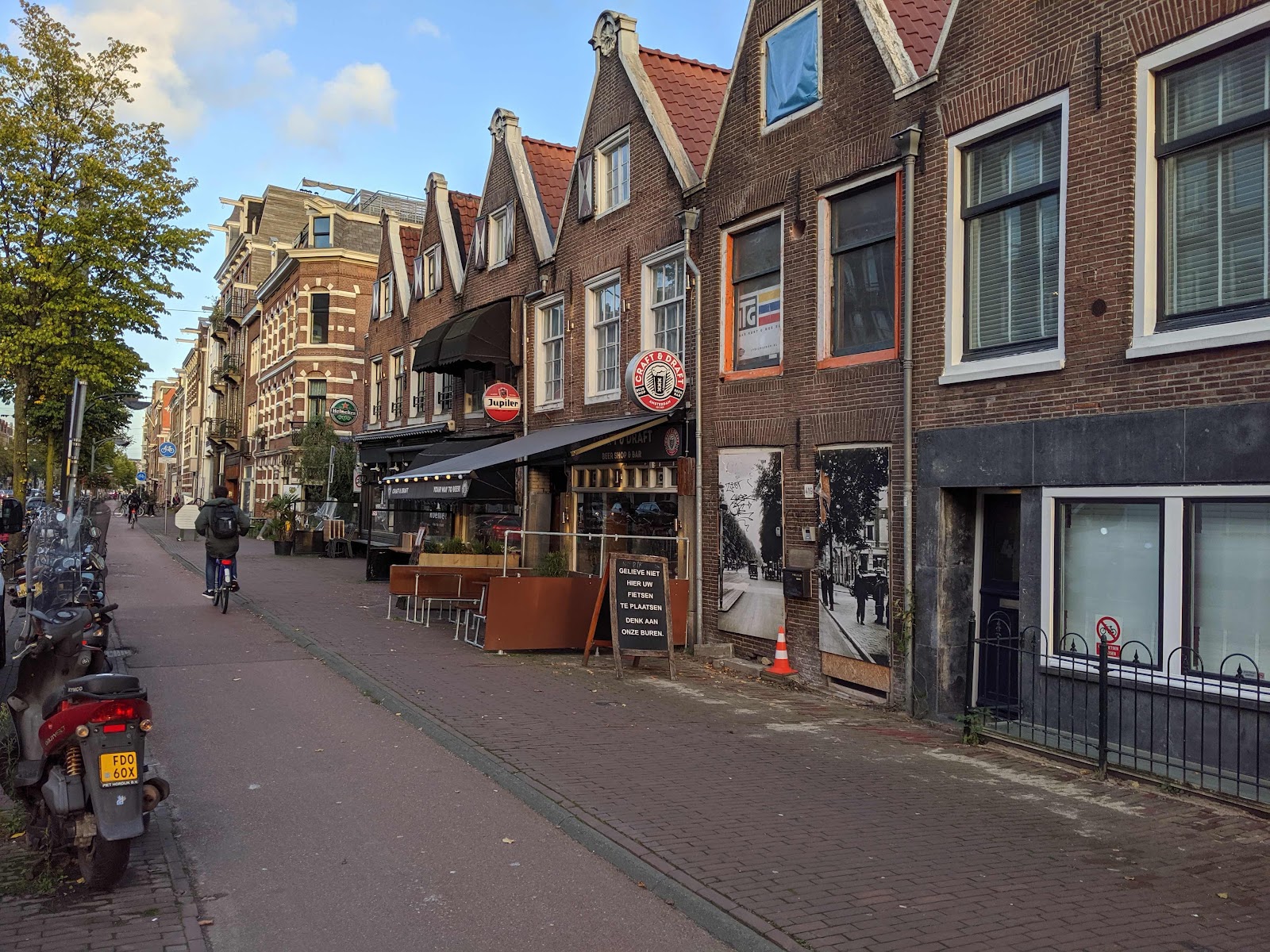 The beer list is a bit hard to read in person — much easier from a photograph which is one reason I always take a picture of the tap list when I can. 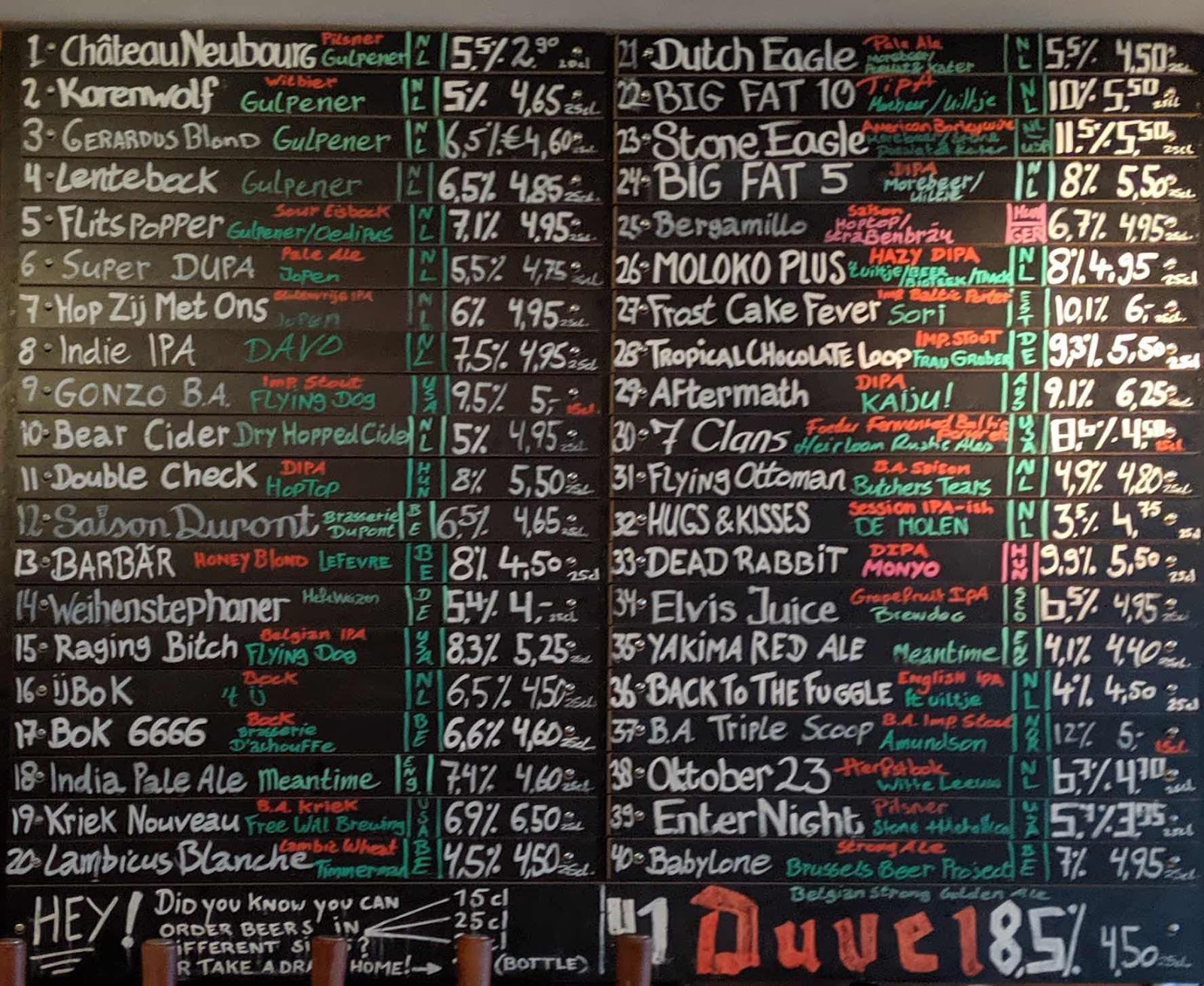 It was going to take a bit to digest the list so I ordered a Saison Dupont to occupy myself while I studied the list. 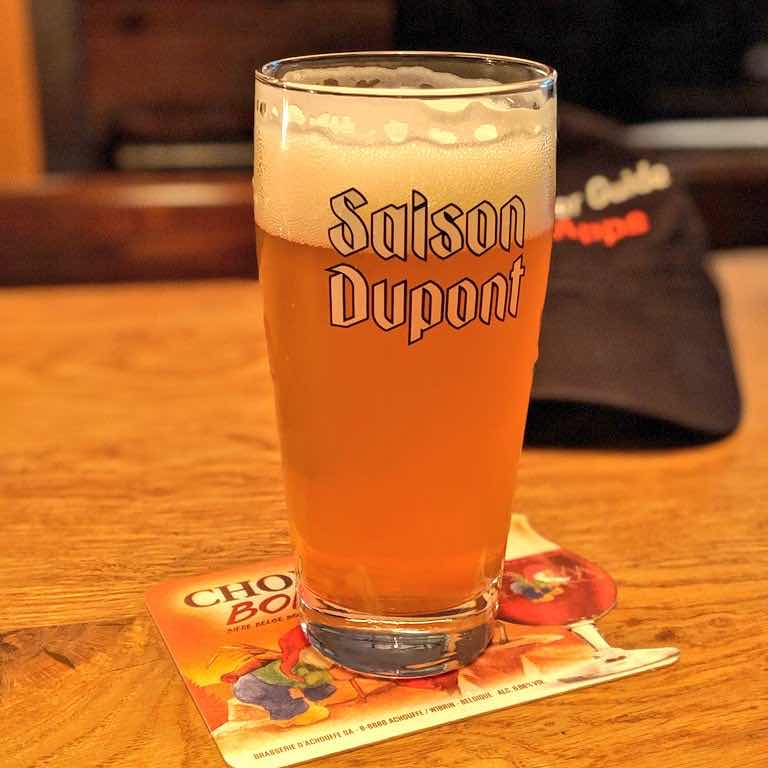 I decided next to try the De Molen beer, which was described as “Session IPA-ish.” I ordered by number, not wanting to ask the bartender for “Hugs and Kisses” 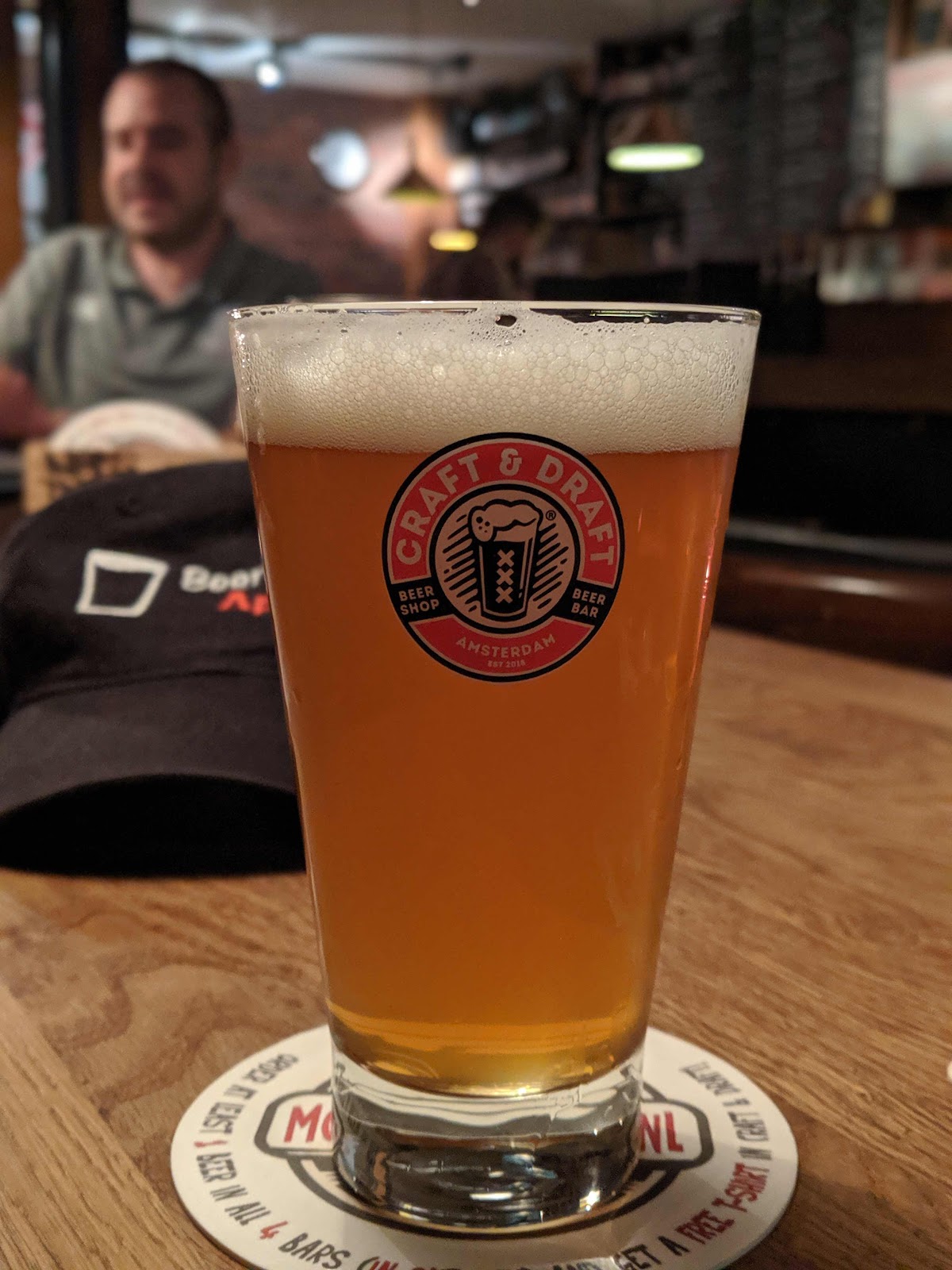 I think the “-ish” came from the very malty finish, much more than you’d expect in an IPA.
Next I tried the Poesiat en Kater Dutch Eagle Pale Ale. This was brewed for the Arend pub group (called Morebeer). 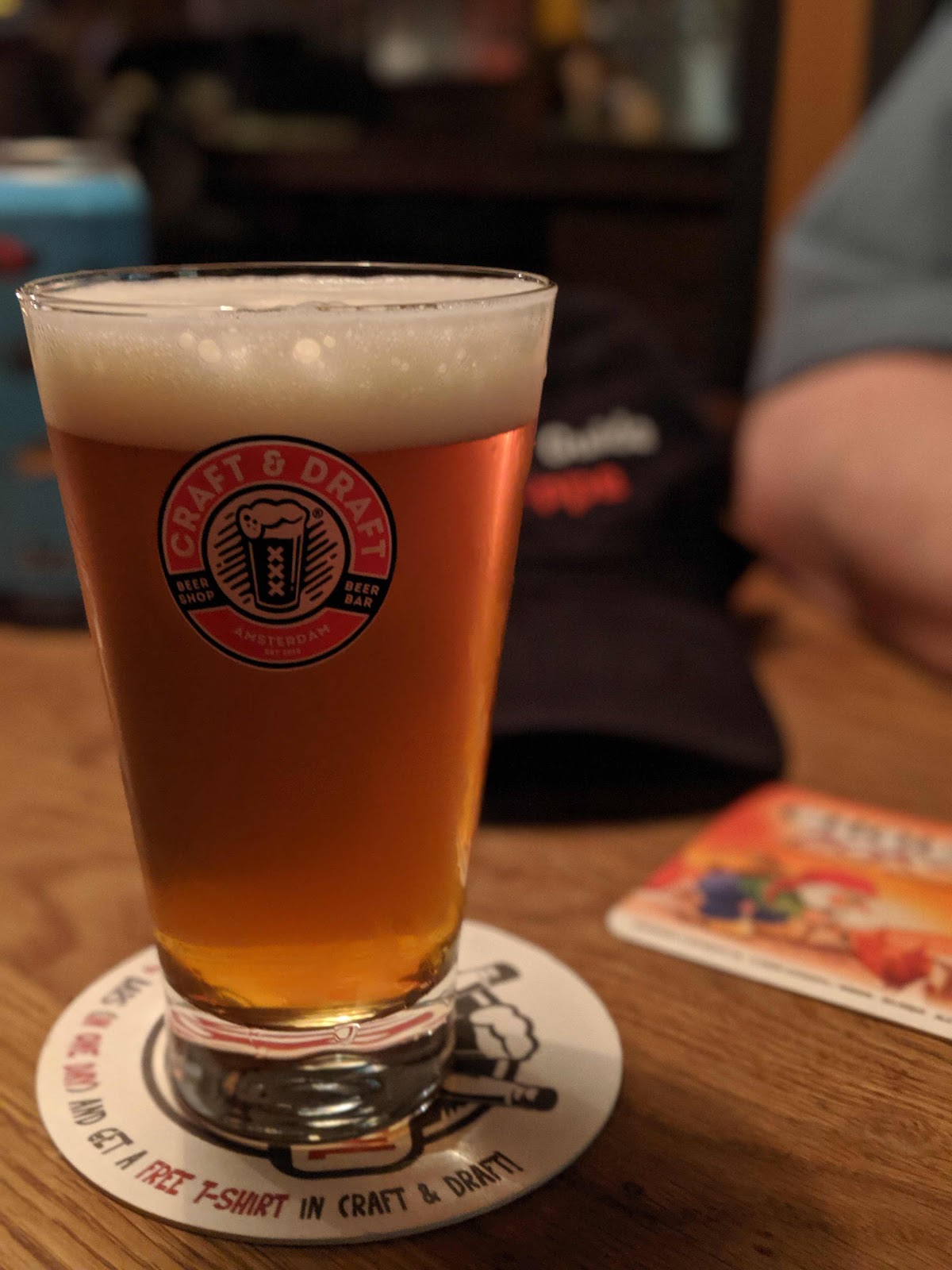 I hadn’t a beer from Jopen yet so I ordered the “Hop Zij Met Ons” IPA. 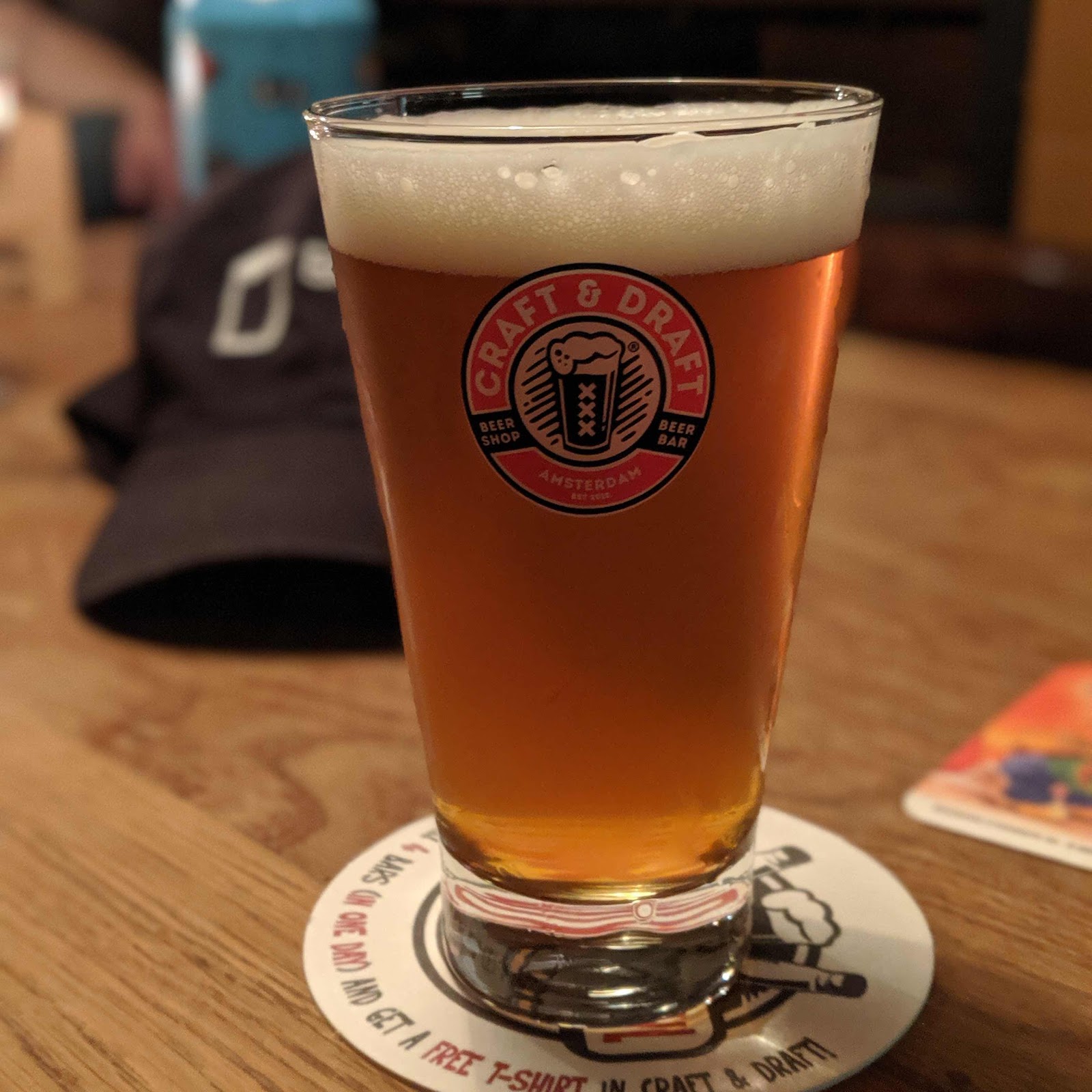 It had an interesting flavor and I realized afterwards that it is a gluten-free beer.
My friend Ron had been drinking Het Uiltje Big Fat 5 Double IPA, so I ordered one. it was a very nice finish to the day. 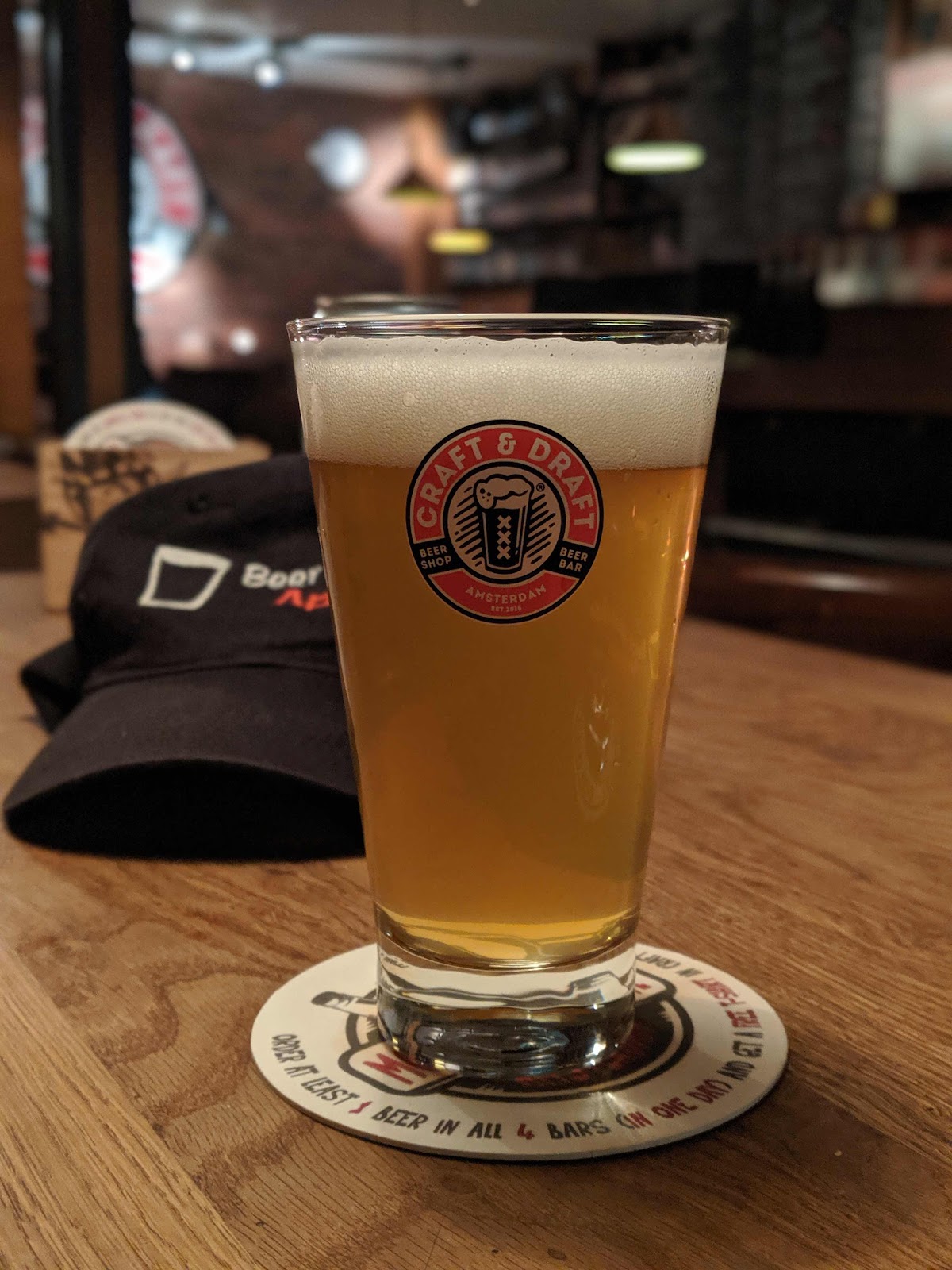 Wednesday I head to Antwerp
Posted by The Mad Brewer at 4:06 AM

And De Molen has started putting that "-ish" on most if not all of their beer descriptions. Trying to avoid being held to style guidelines, maybe?