De Pelgrom is an old Antwerp pub in some old arched brick cellars. I haven’t been in many years but I heard that they have improved their tap list and gone upscale. They normally open a 6pm which I why I don’t go there much but they do open at noon on Saturday so we decided to make a visit. 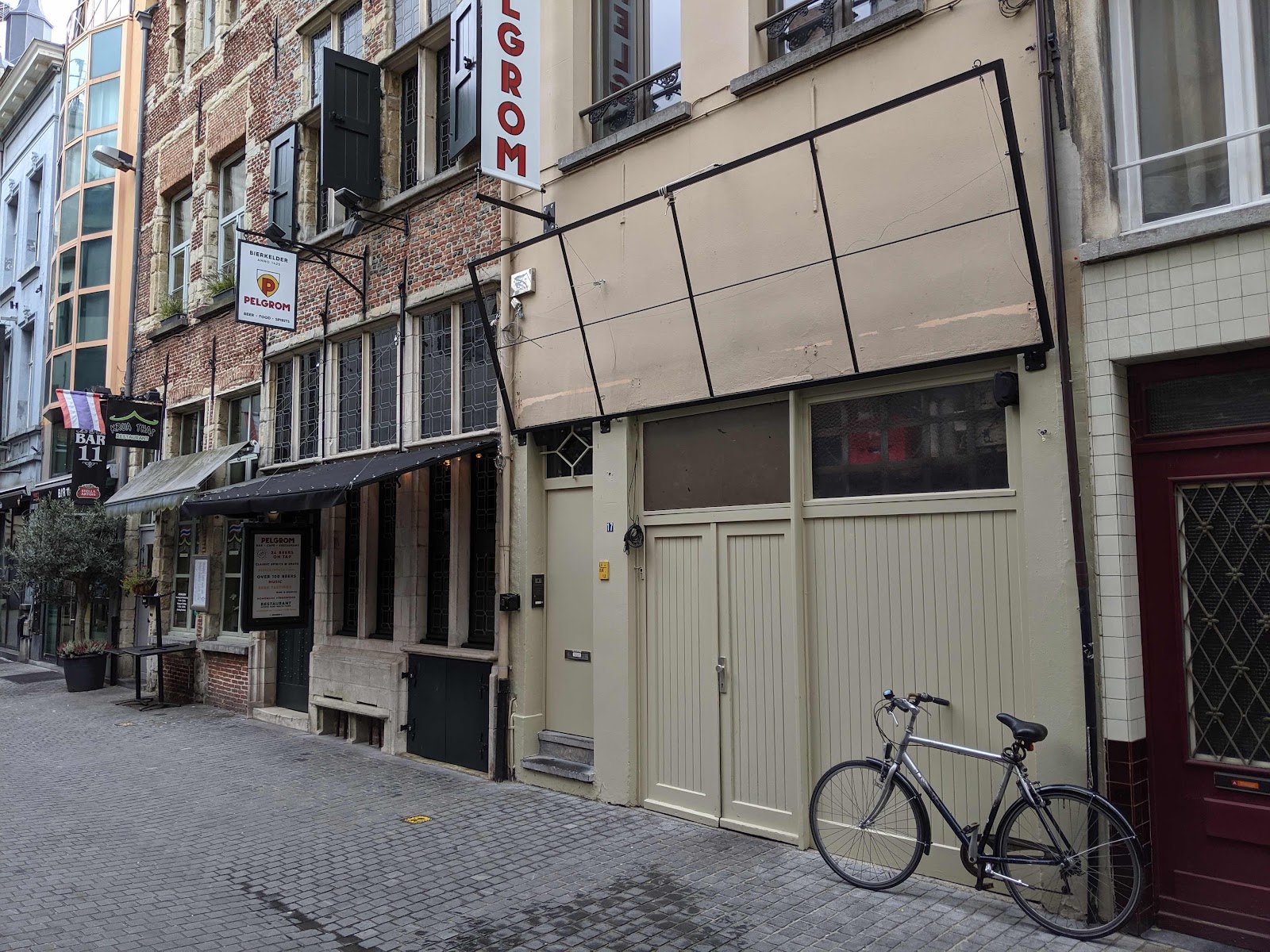 They have 24 taps with a pretty good selection. I started with the Gouden Carolus Tripel — at bit strong for the first beer of the day but I had been craving one since we arrived in Antwerp. Tom and Mike had a Bolleke. Their beers were €2.70 while the usual price he had been paying was €2.30 (ten cents less at The Northerner) so you can get an idea of the price levels. 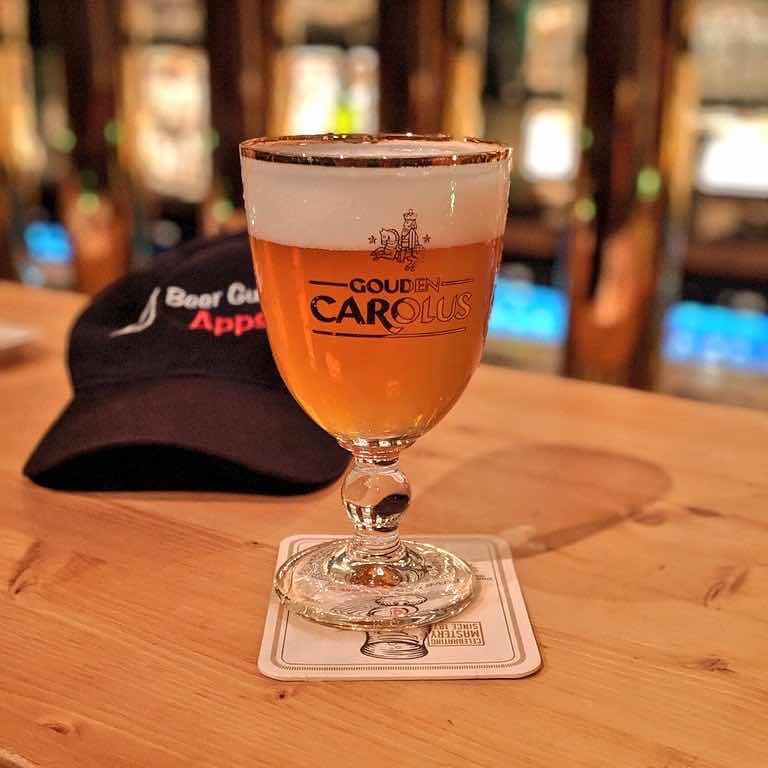 It’s a decent list, something for everybody. I like that they will sell a 12.5 cl portion (though you have to buy at least two) so you can construct your own tasting flight. They also have a number of standard flights. 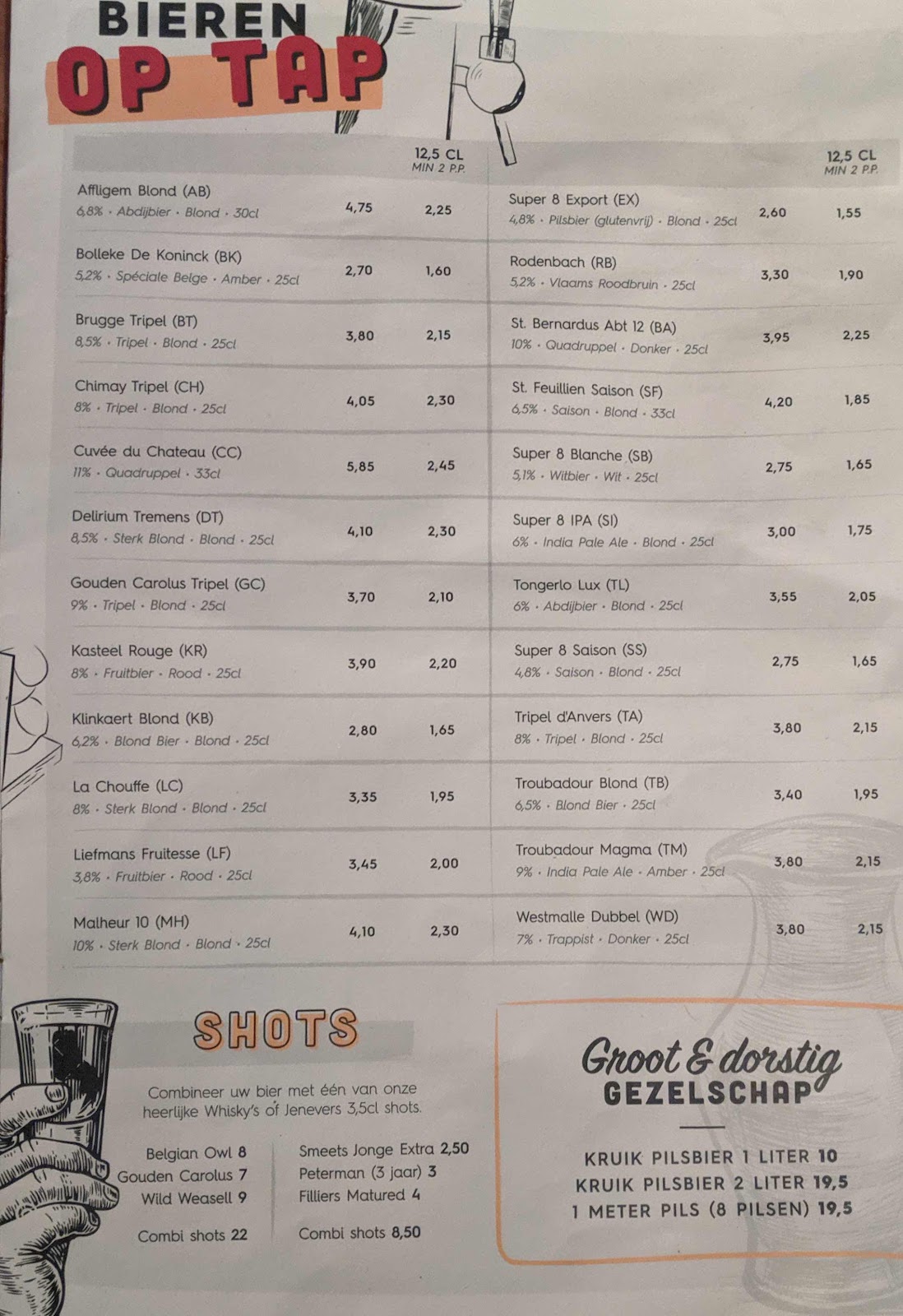 \
One was enough — I am not sure the whole dungeon thing works for me. So we wandered down towards the river towards a brand new place Cafe Earnst. They have only been open 6 weeks. 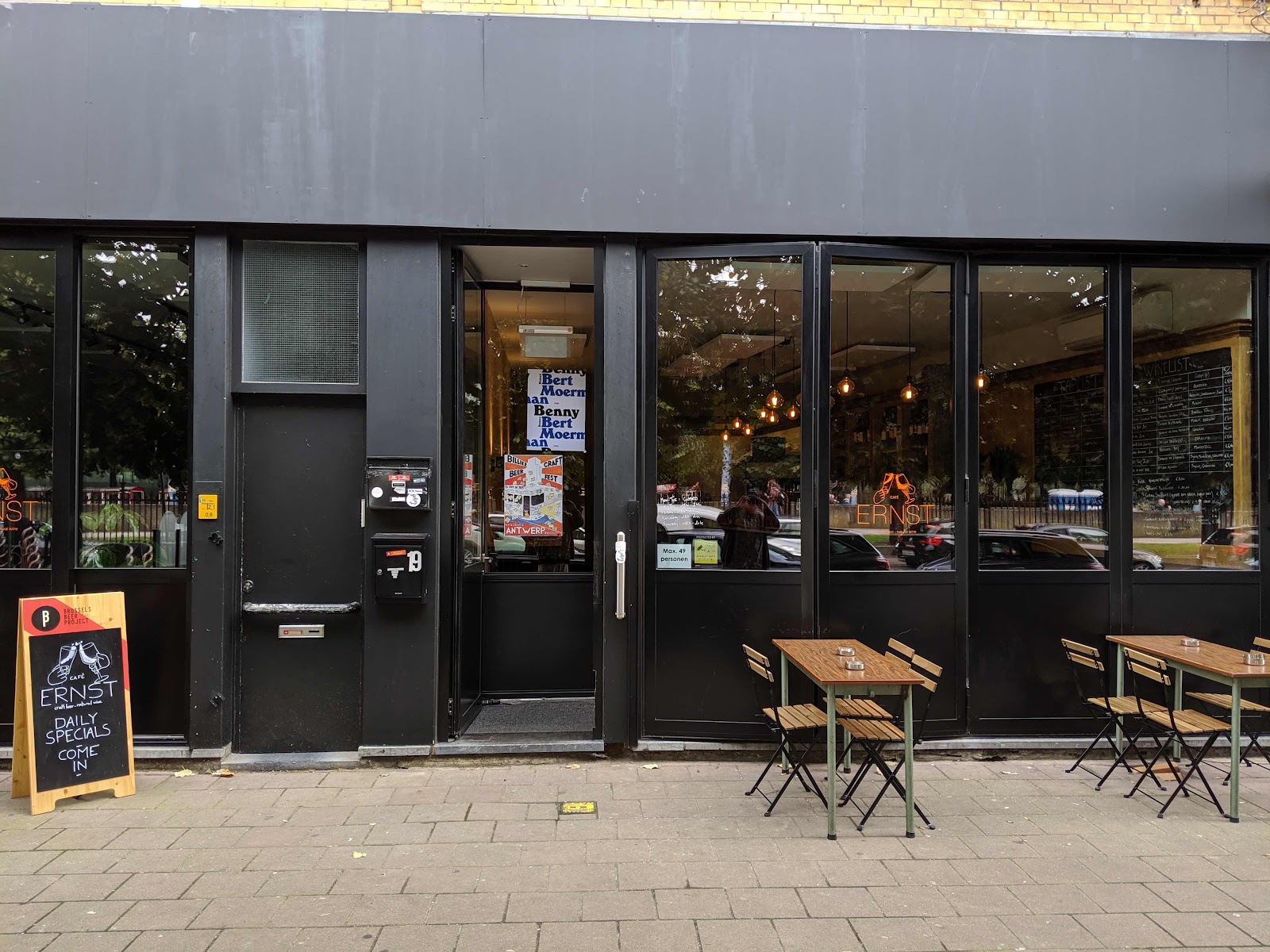 They had the Brasserie de le Senne Jambe de Bois Triple, which is another favorite, so I had one. 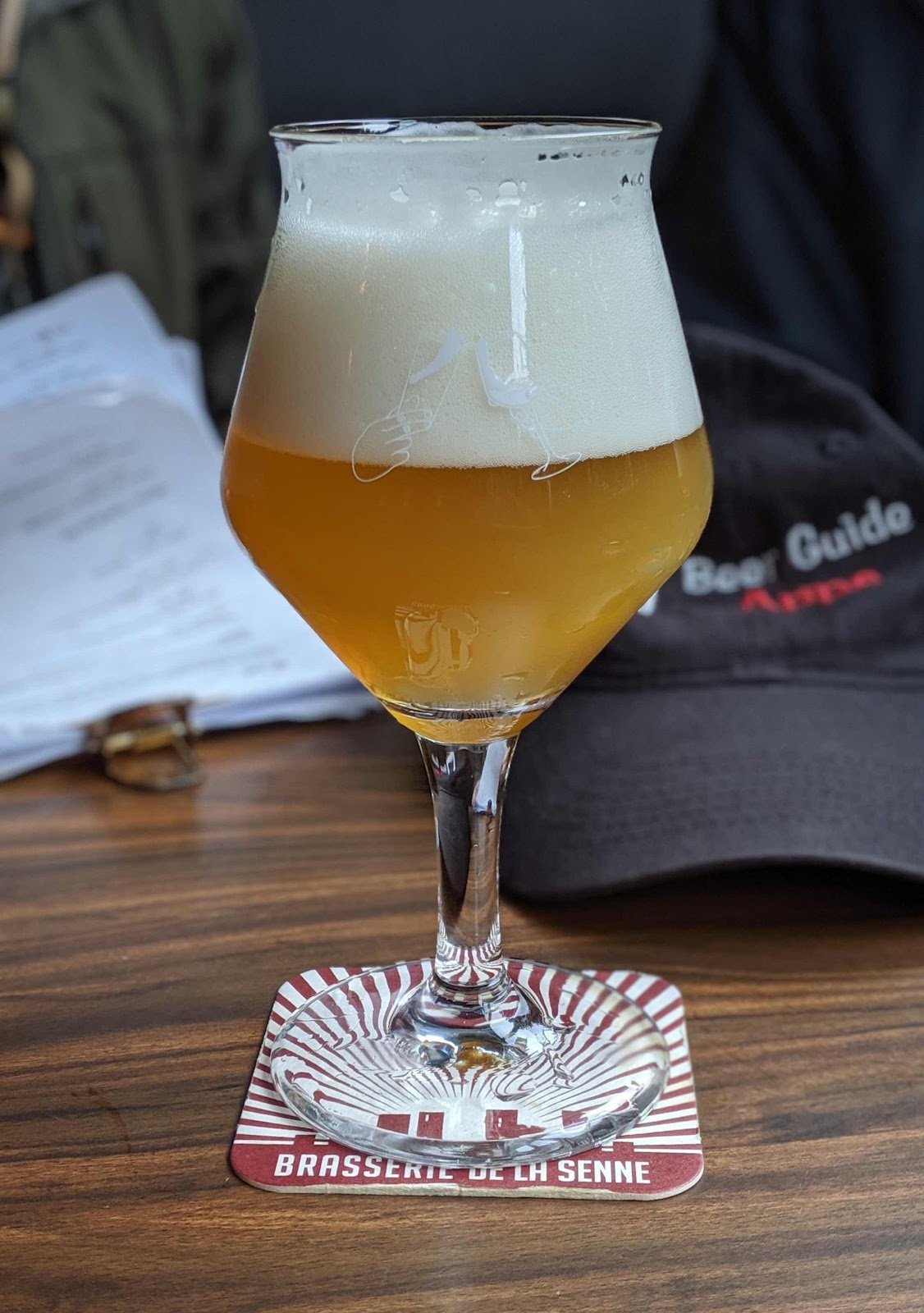 They have ten taps and with both “craft” and “traditional” styles. They also have a big list of raw (or “natural”) wines, which seems to be think around here. 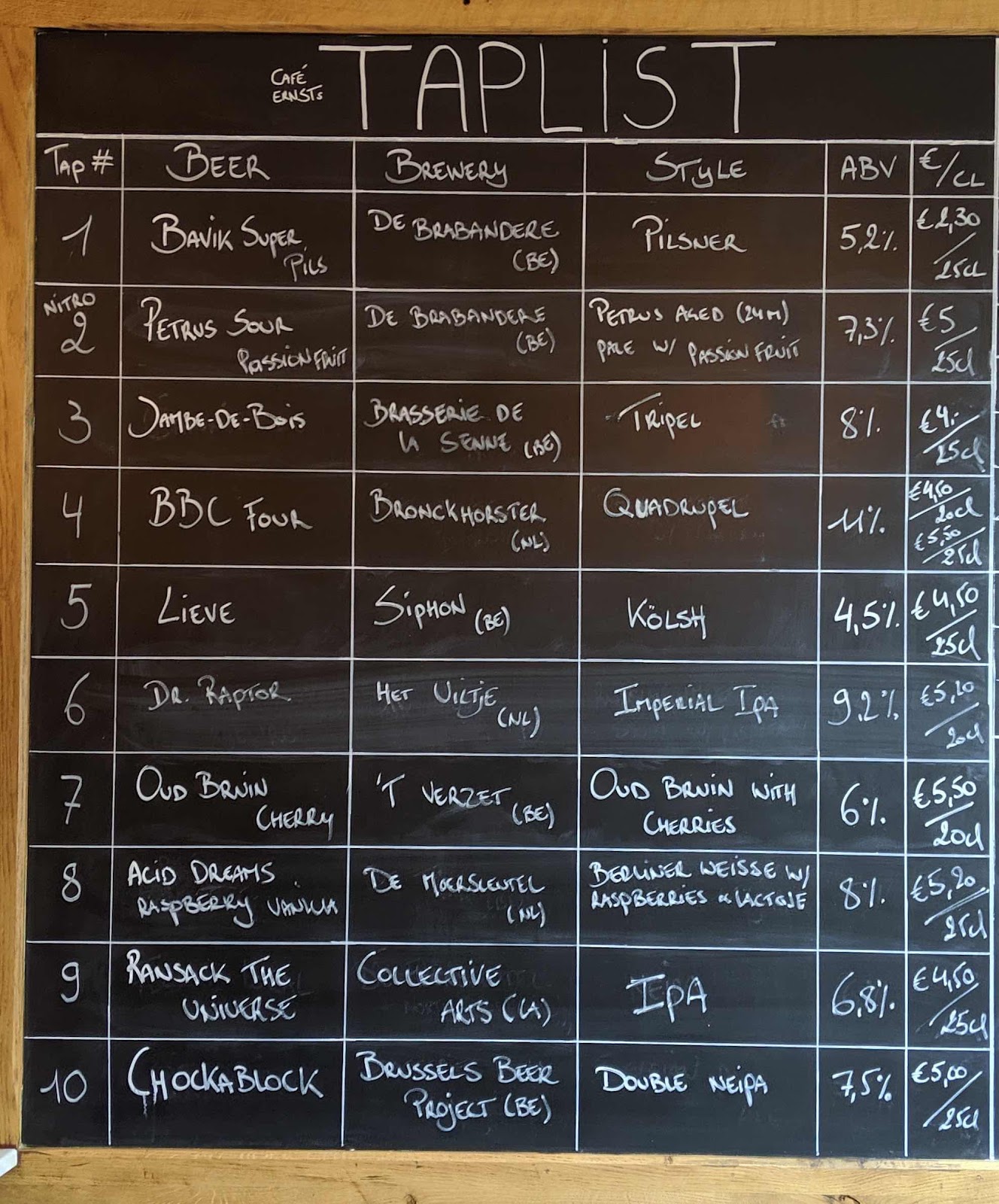 It was a little past lunch so we ordered a bowl of Spaghetti Bolognese — the typical Belgium pub dish. It was good , with lots of meat in the sauce. 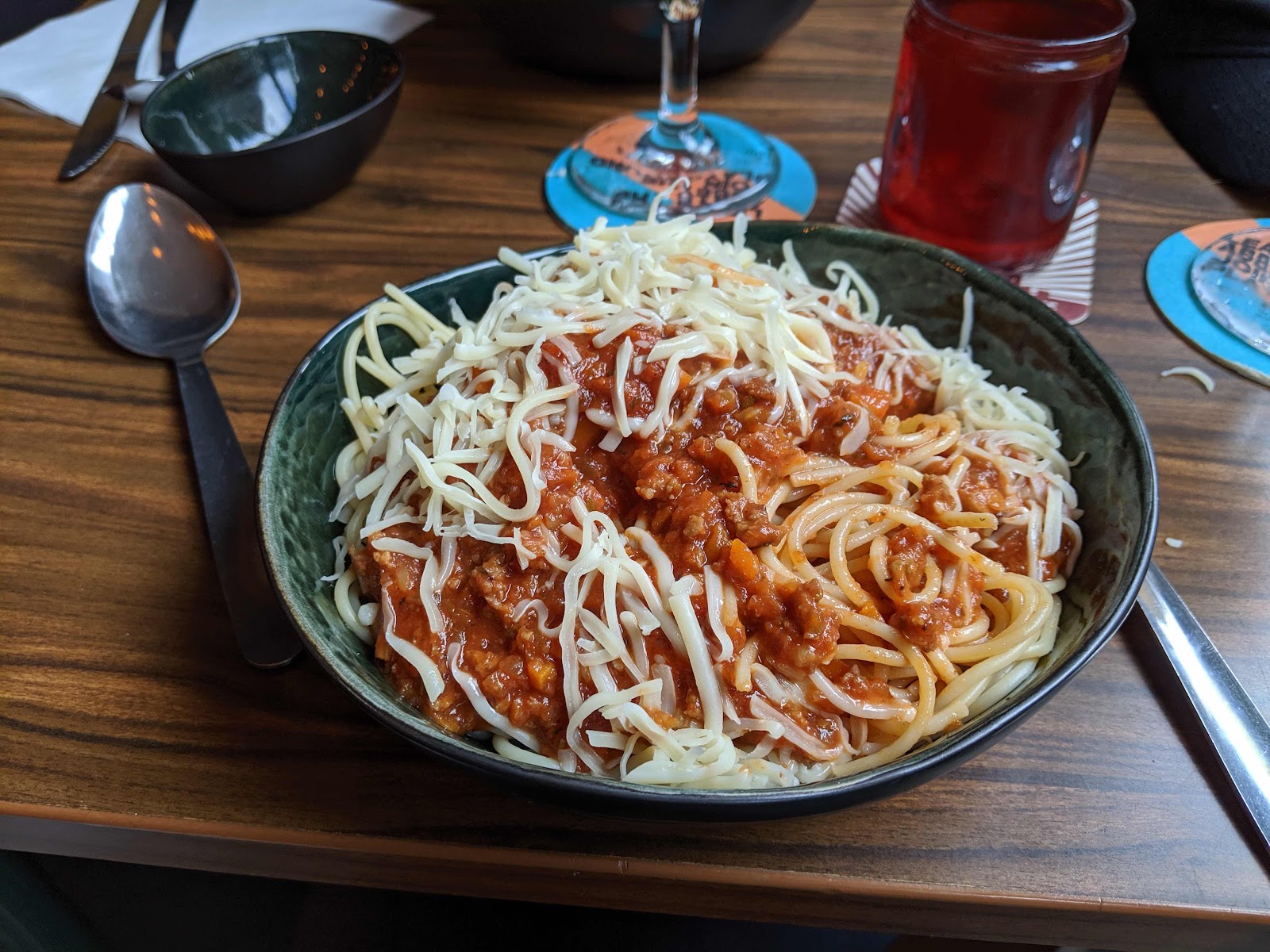 It was time for another beer and I went with the Brussels Beer Project Chockablock Double NEIPA. It was nice and hoppy but nothing about it said “Belgian” 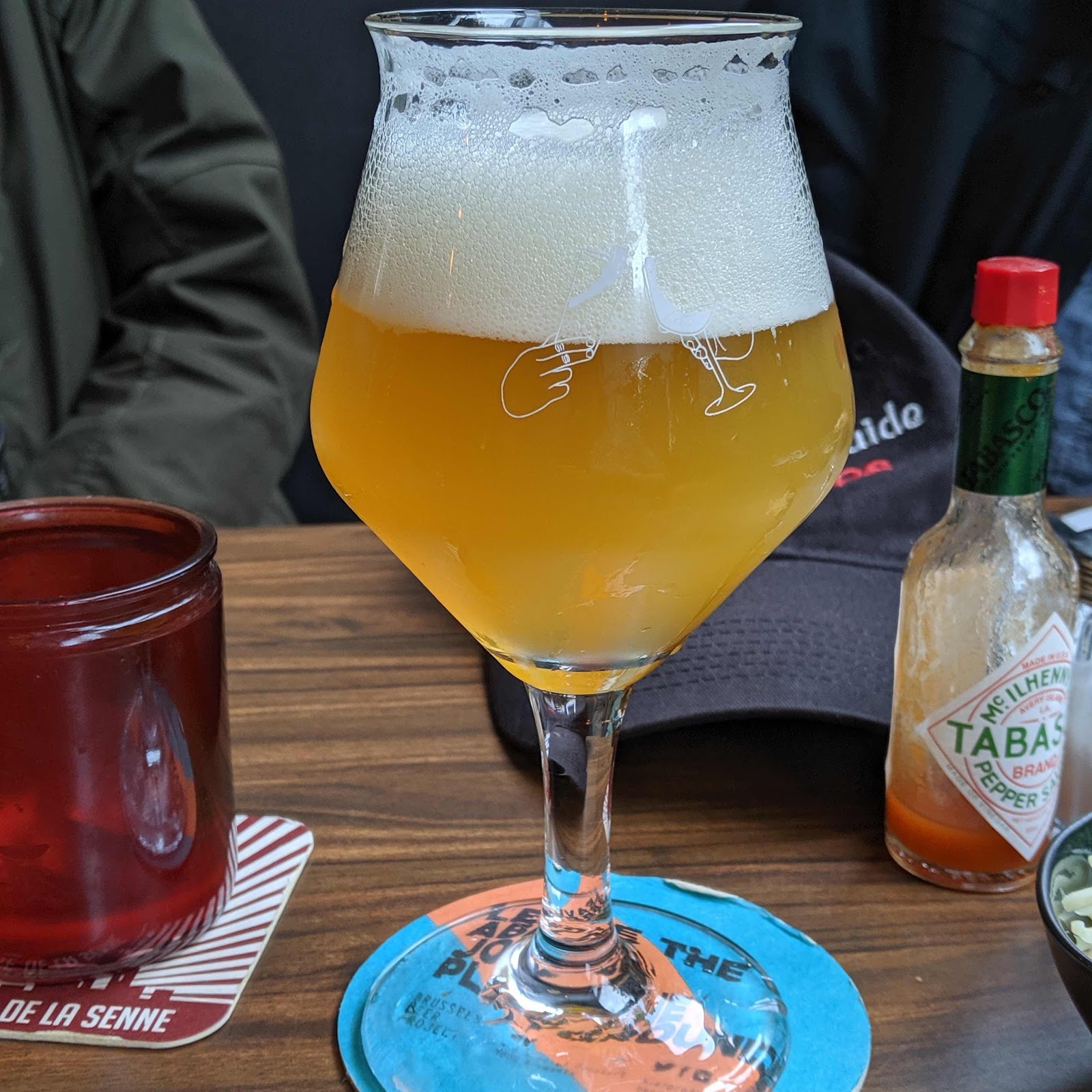 We walked around the corner and soon came to De Ware Jacob. This is another old Antwerp brown cafe that had fallen on hard times and has been revived in recent years by a new, young owner. It is one of my favorite stops in Antwerp. 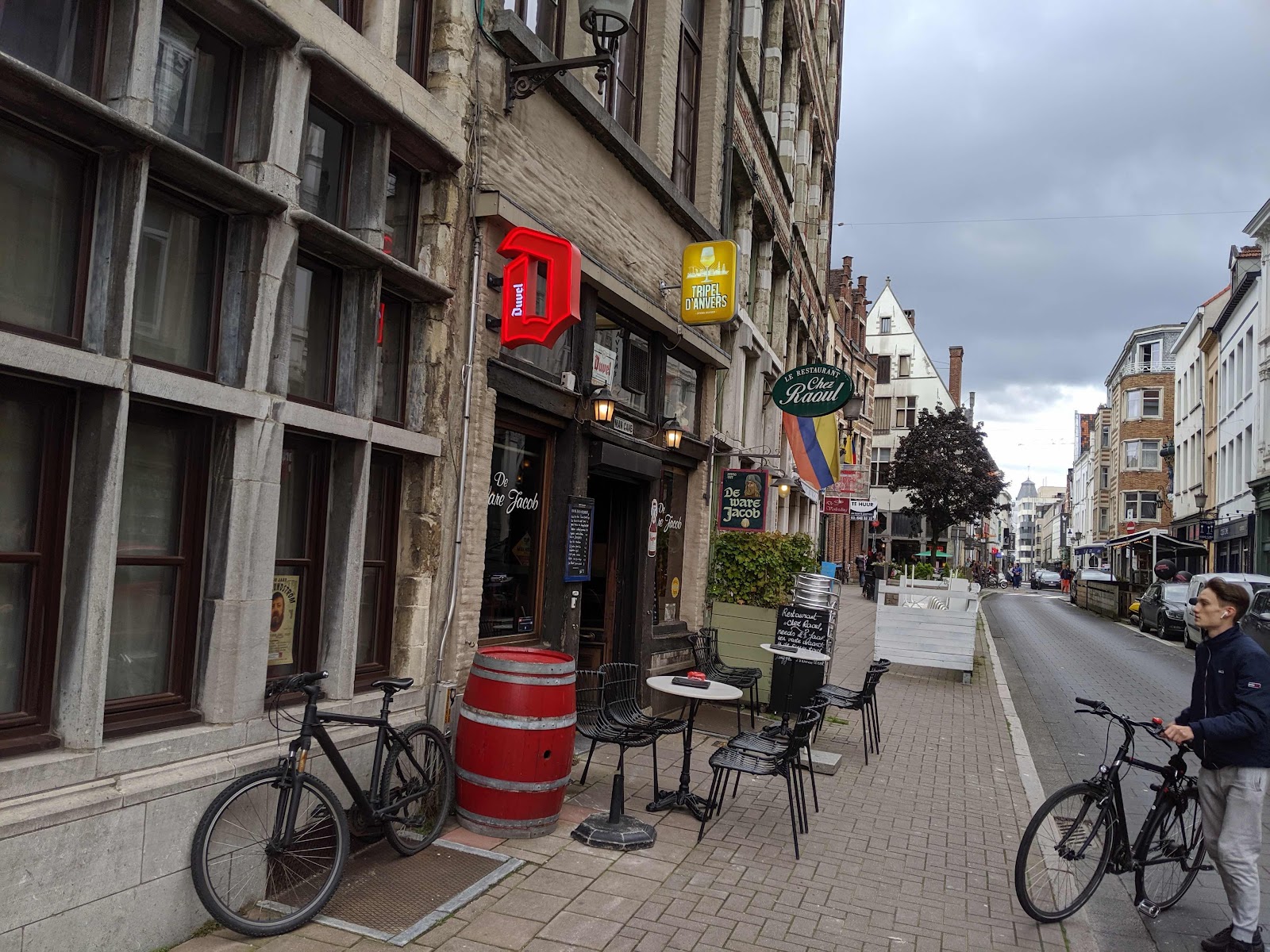 They only have five taps but four of them are decent (or excellent!) beers. But the one of the far right is why I come, 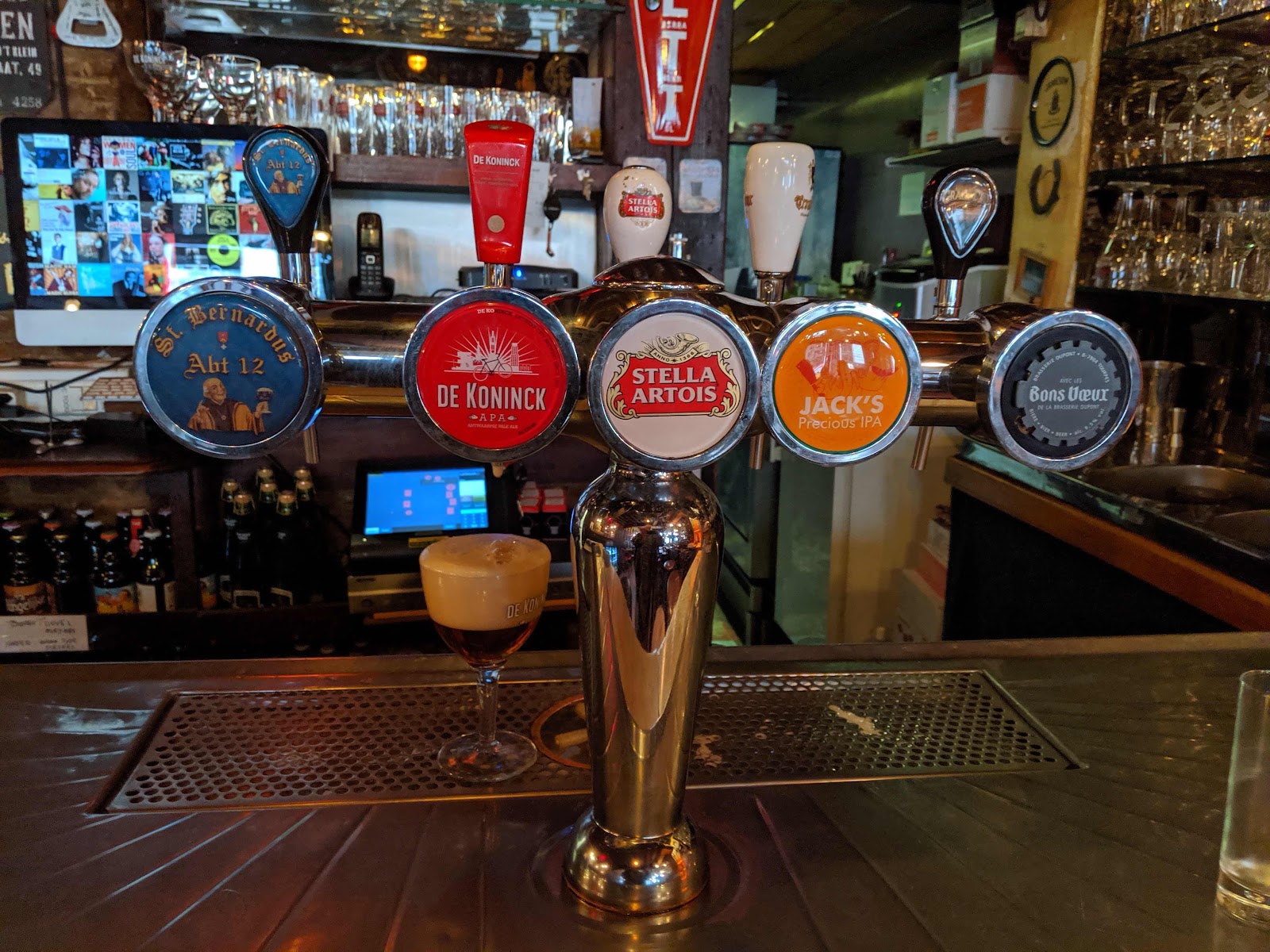 They have a nice (and growing) bottle list but it is the Avec Les Bon Vœux that keeps me coming back. 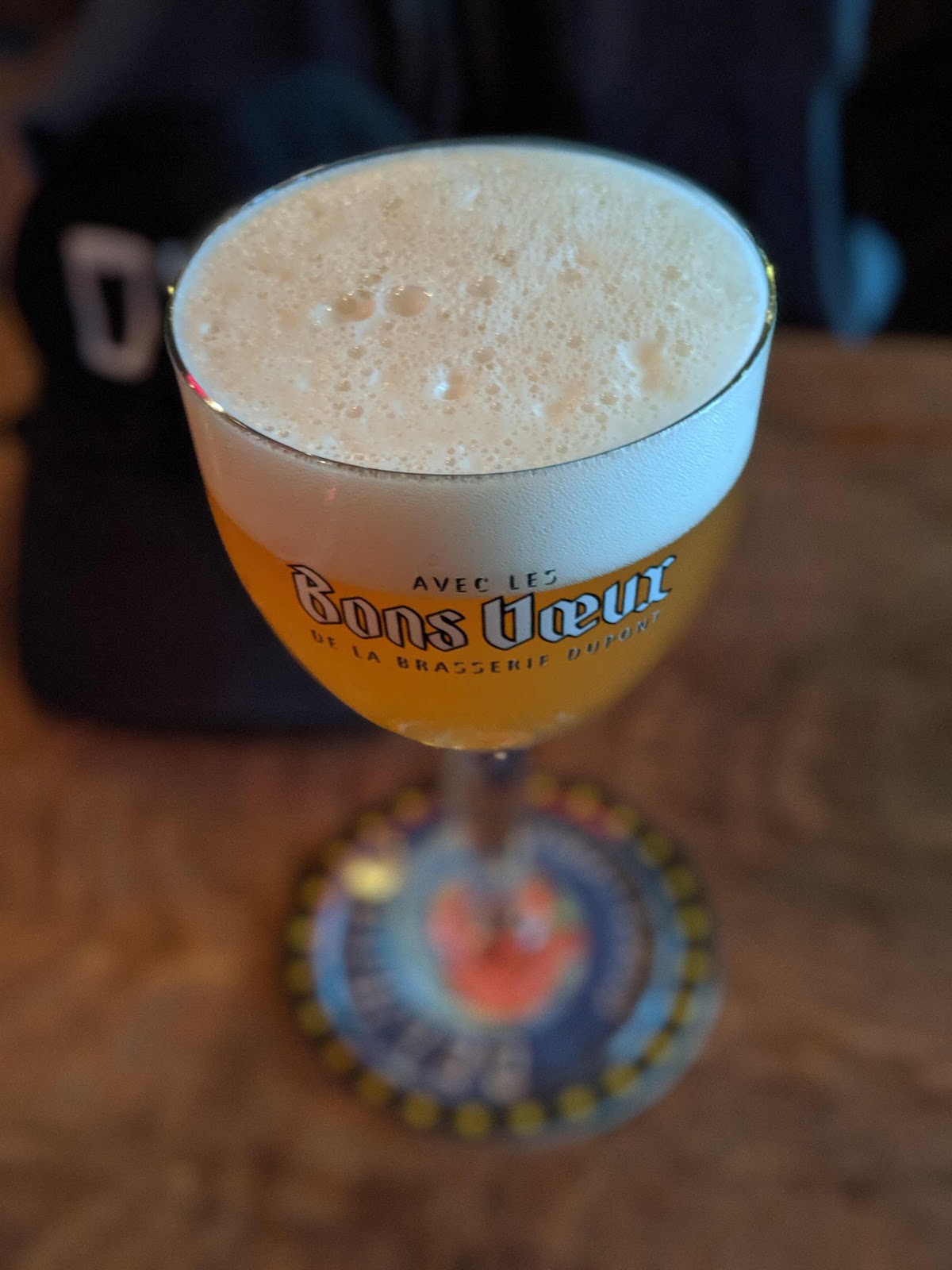 We had time for a couple of them and the headed towards Vleminckveld.
I started with my usual Malheur 60 Blond 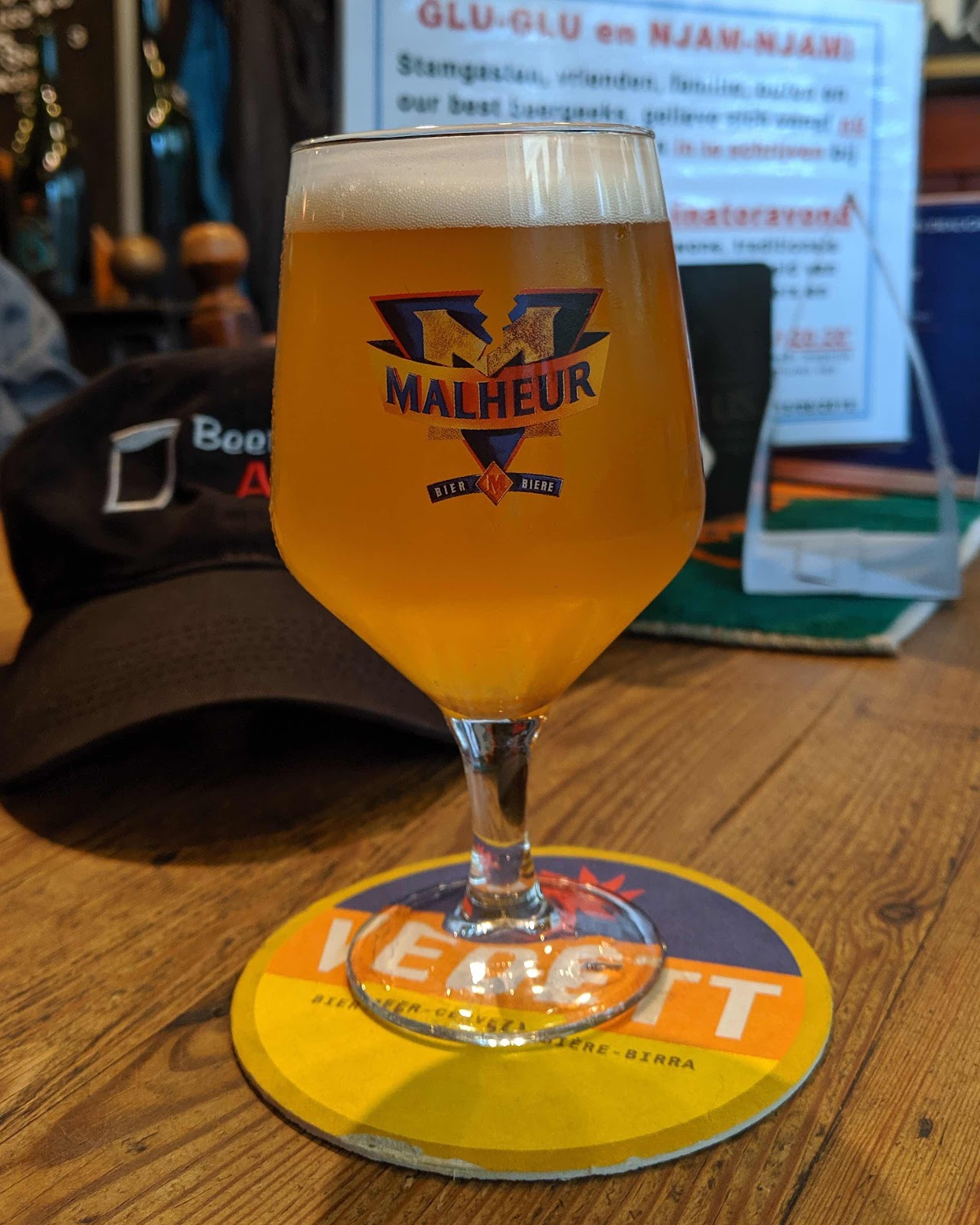 The bottle list at the Kulminator is a couple inches thick. Playing around I opened it a random and pointed to a beer. Right below the one I selected was a 1987 Elyenbosch Frambozen. A 32 year old beer, why not? 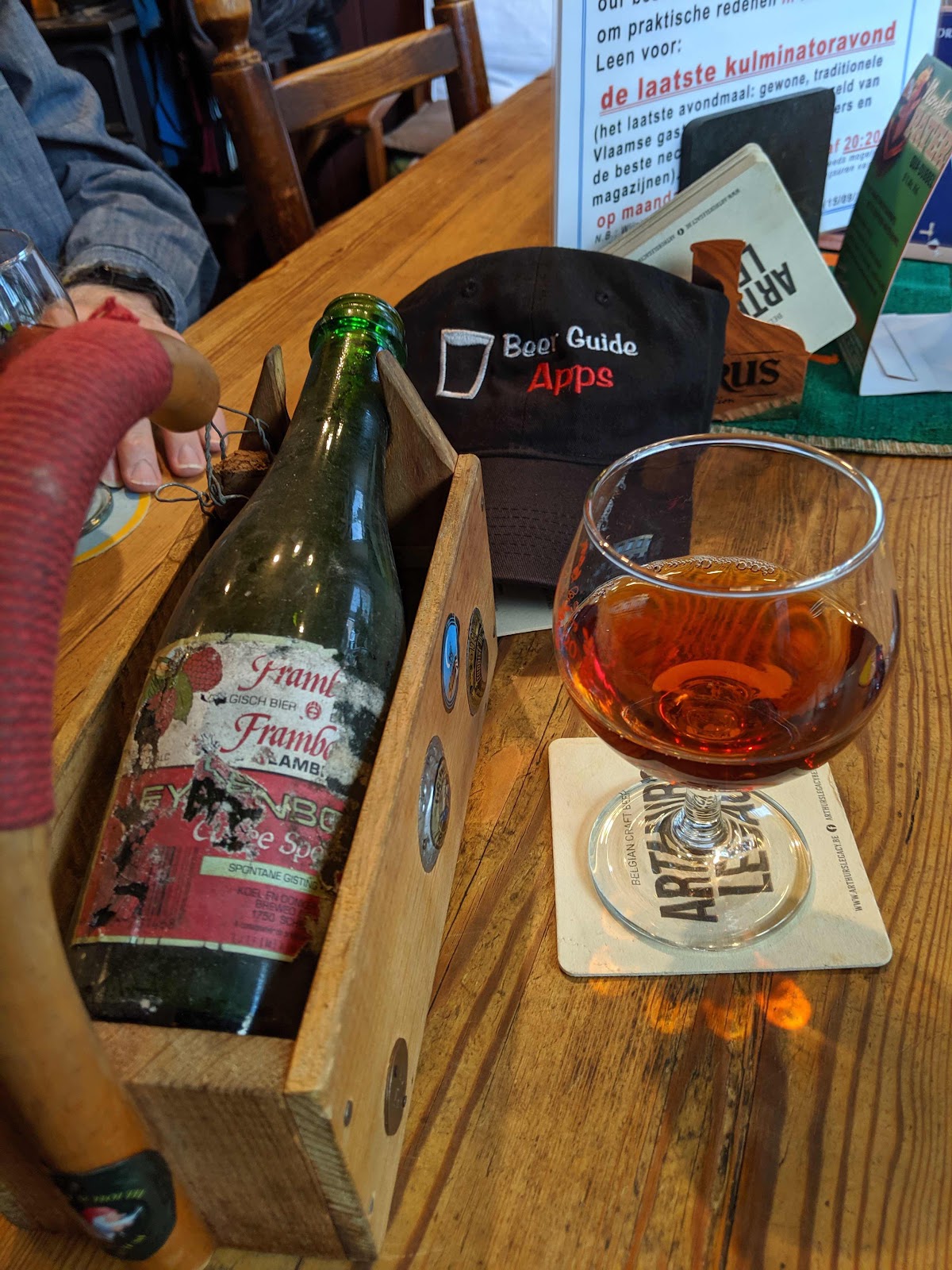 It was quite interesting. It was very sweet with no sourness left at all. You could tell there was fruit but I don’t think I could have told you it was raspberry without knowing in advance. There also was very little oxidation evident. It actually was a quite pleasant beer.
We hadn’t split a 750ml bottle yet so we ordered a 2012 Het Anker Cuvée van de Keizer. 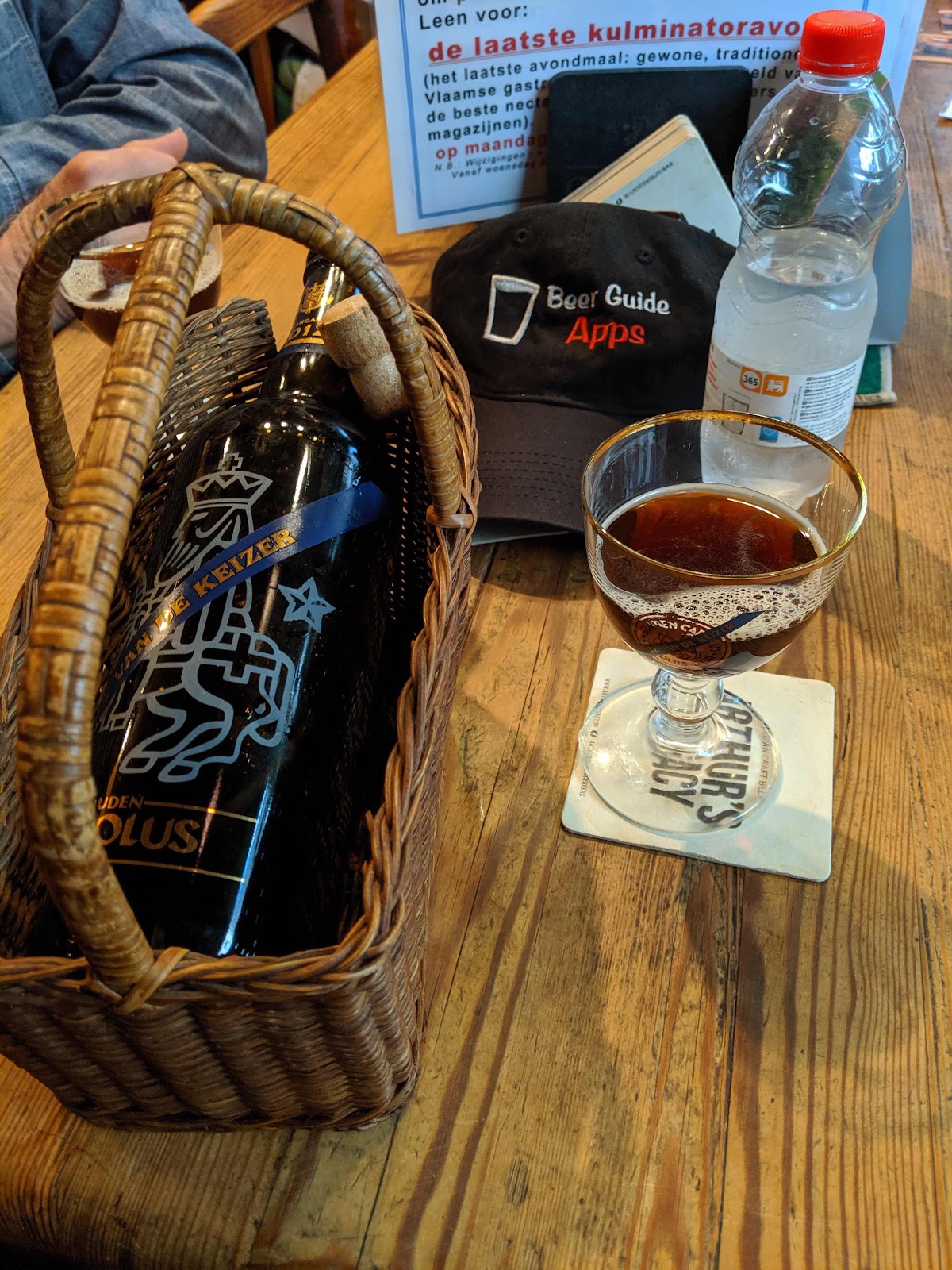 At 7 years it showed more oxidation than the 32 year old Eylenbosch but was still quite enjoyable. The anise notes had faded a bit but where still there. They do have the new (2019) version but it is buried under a bunch of other beer so we’ll have to wait for another time.
I also realized I hadn’t had a Westmalle Tripel yet this trip. That was soon rectified. 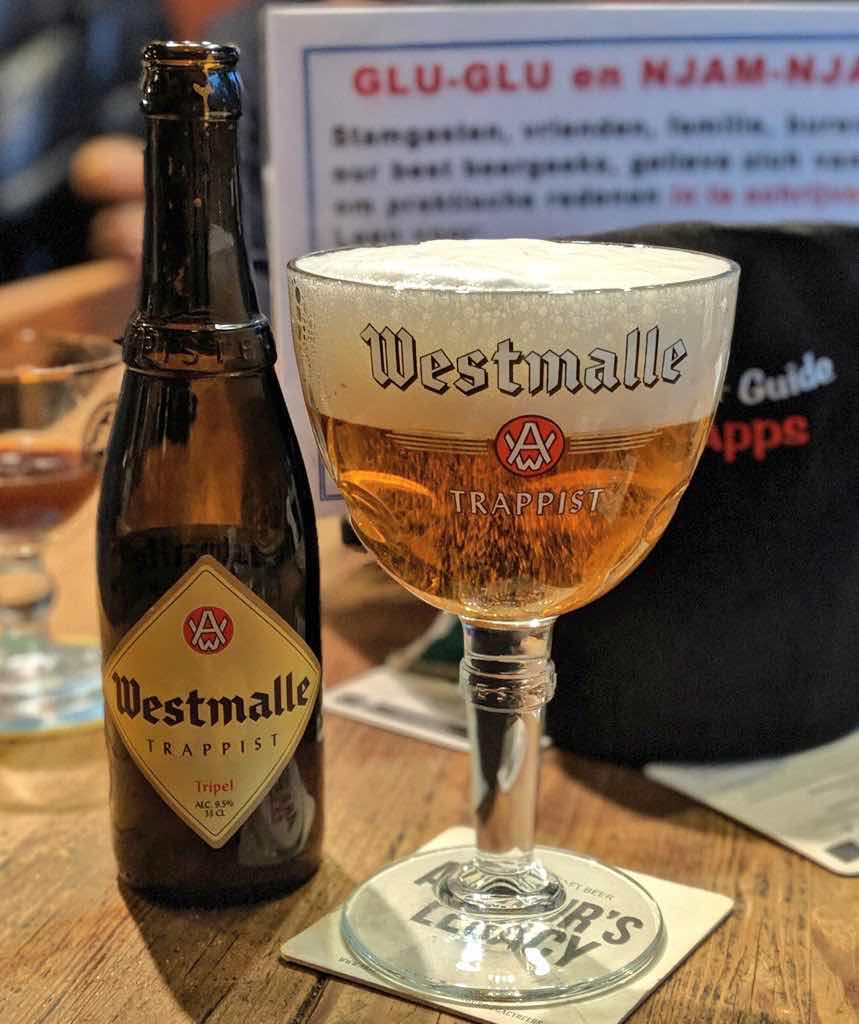 Nothing much to say here, it is as it ever is — some people love it, others hate it.
Next we had something quite special, a 2006 Busch Noël Premium.. This was one of the few version of the Noël that was bottle conditioned and it was delicious. 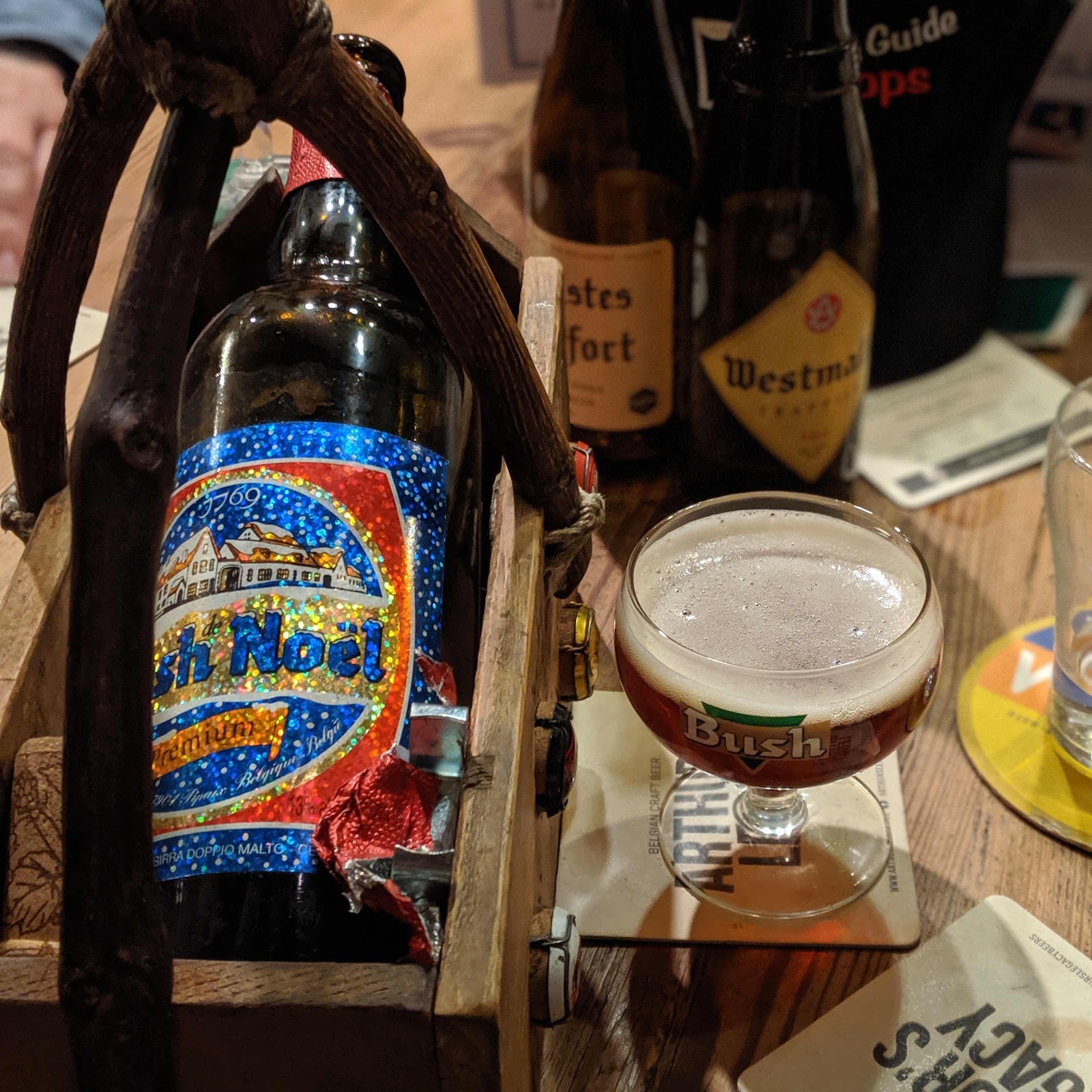 It was getting to be a bit late, so I ordered my dessert beer, Mikkeller Black. 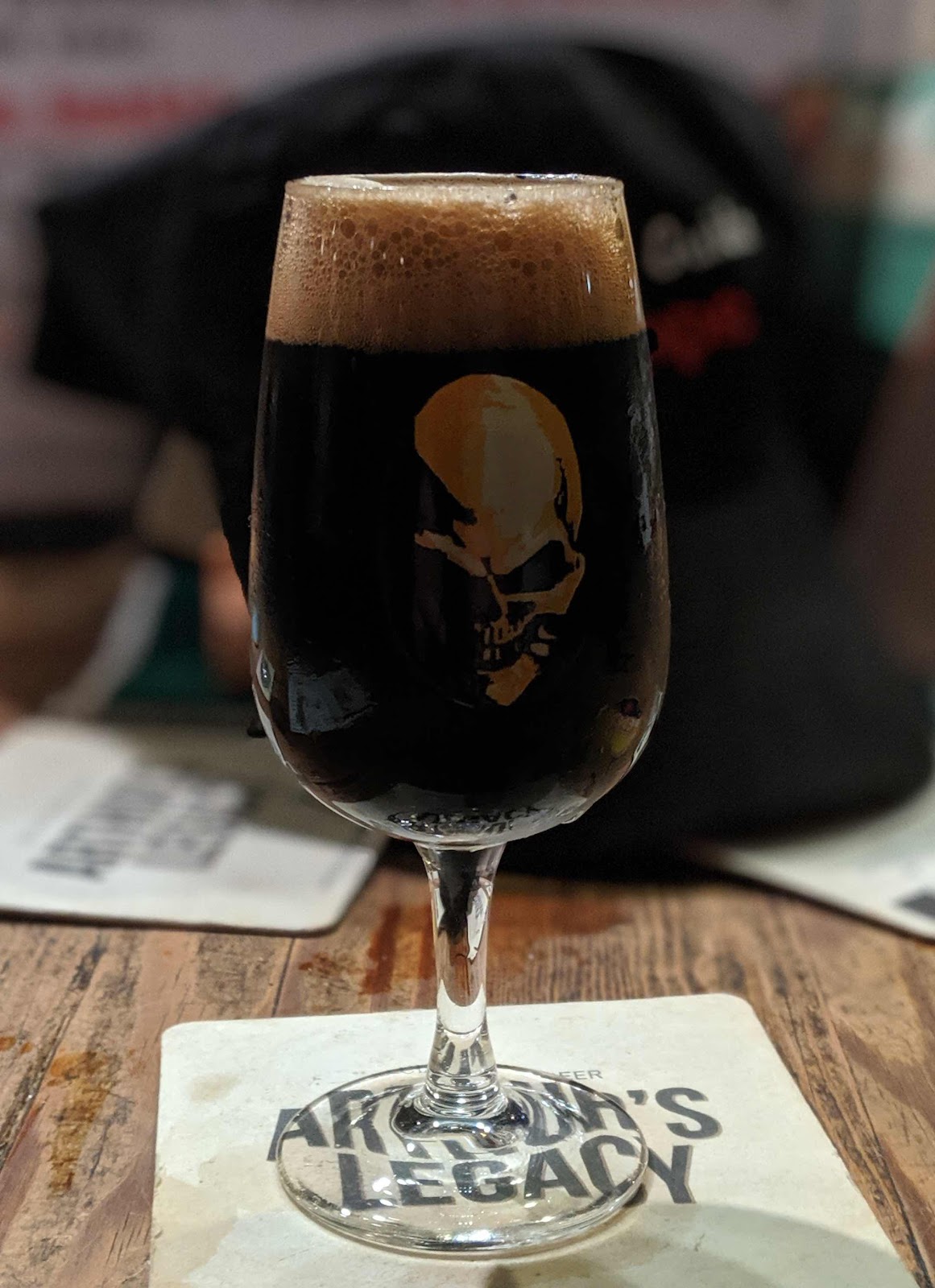 And with that we say good bye to Antwerp and head to Düsseldorf in the morning.

Are you looking to get the best Bar Beer Tap Equipment? Airpetoil manufactures all kinds of equipment of bar beer taps. If you want to get any kind of equipment then you should checkout Airpetoil.