I had an uneventful journey to Anstwerp. No train or track problems. Got checked in at the hotel and went to visit a new place, The Northerner  They have been open about four months and I have hopes for them. 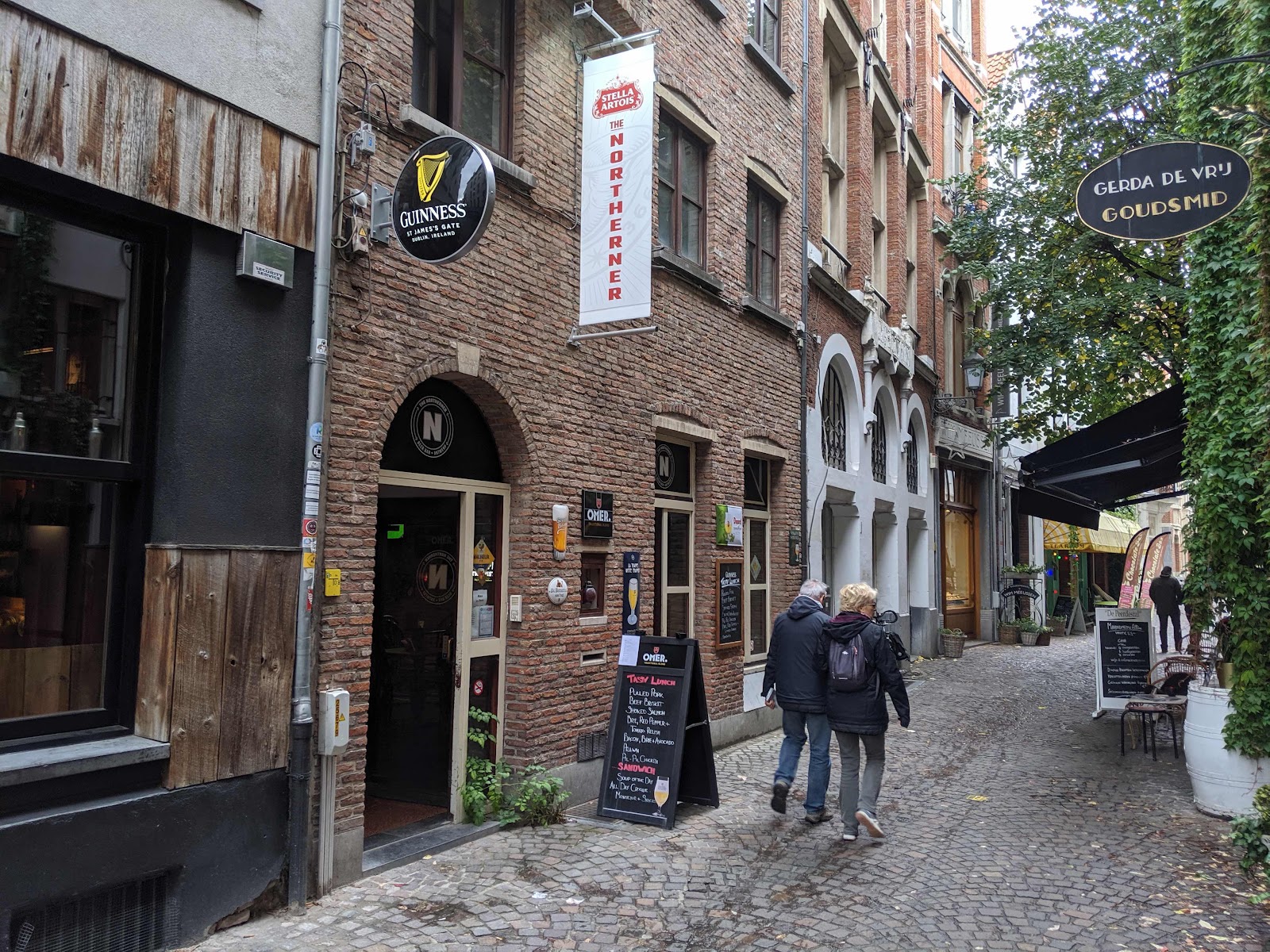 They had DeKoninck — a Bolleke is always a good way to start in Antwerp. 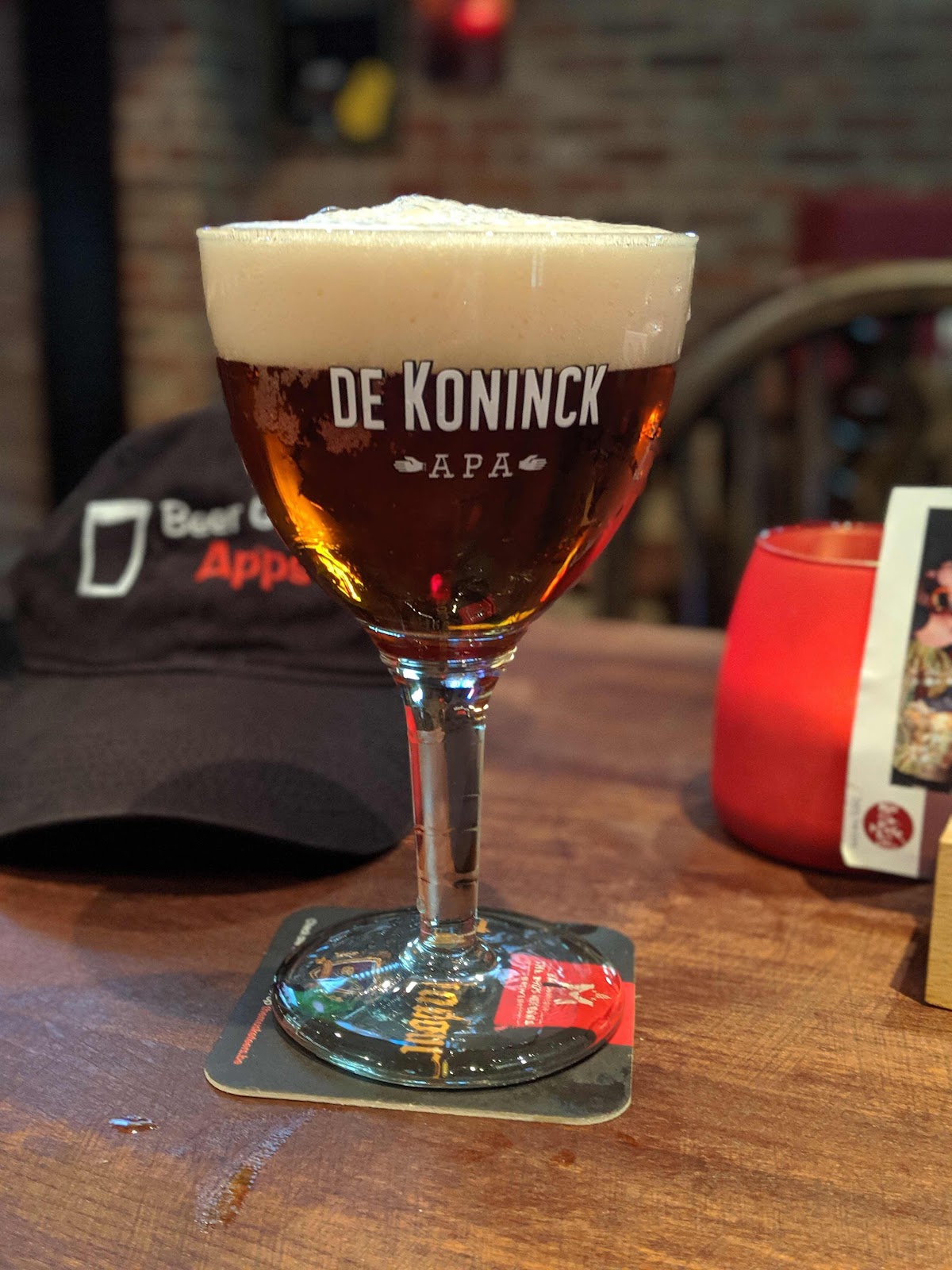 They have ten beers on tap (there is also a Guinness tap) with one that rotates monthly (this month was Paulaner Weizen). Any place with Saison Dupont and St Bernardus 12 on tap will get some business from me. The bottle list was also quite extensive. 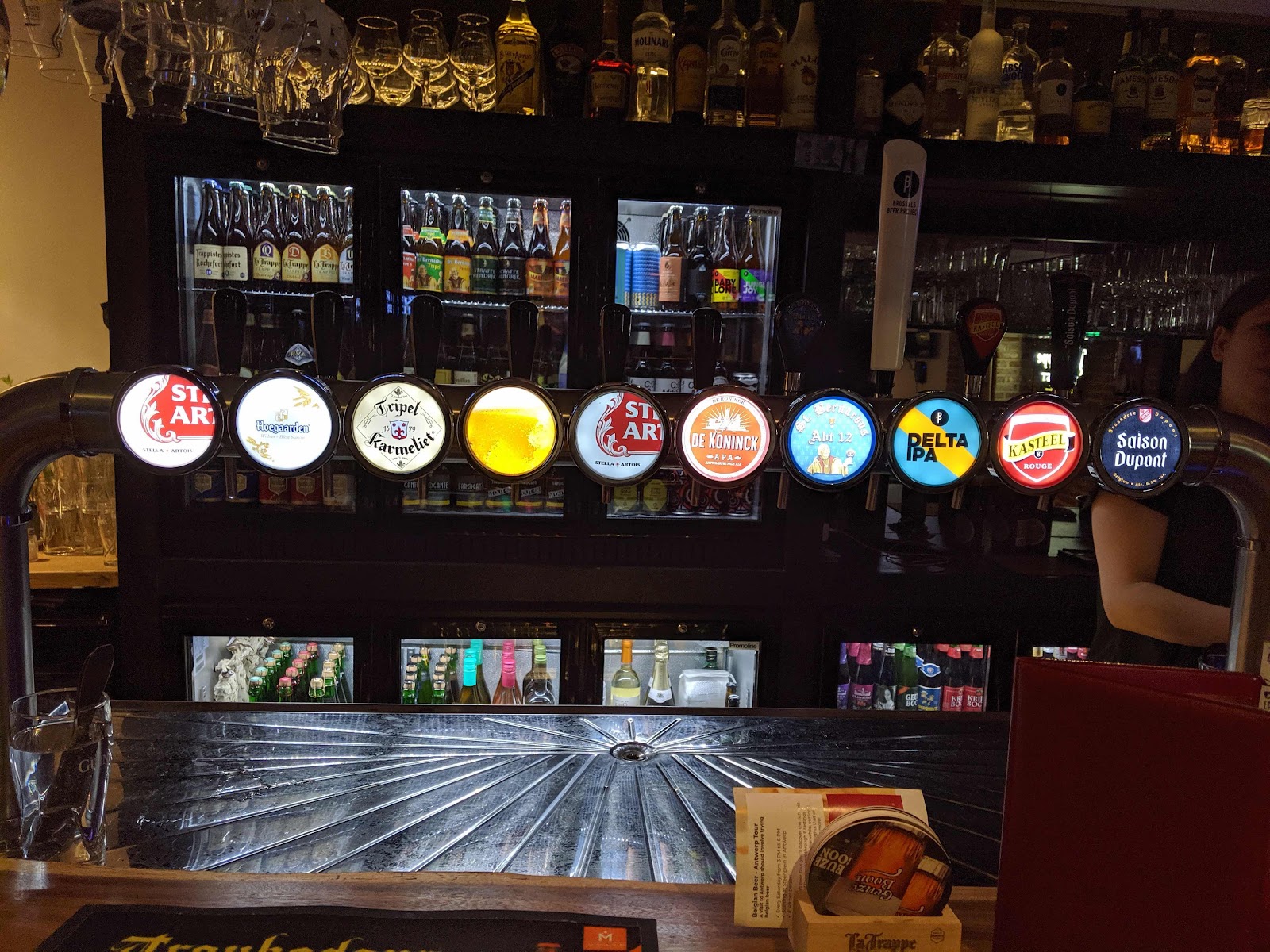 The inside was very new and the staff very friendly. And they open at noon. So give them a try next time you are in Antwerp.
I killed some time running some errands and then headed toward the Kulminator. As of January 21, 2020 they are changing their hours, Tuesday thru Saturday 11am to 7pm. As of August 2020 they will also be closed on Saturday. 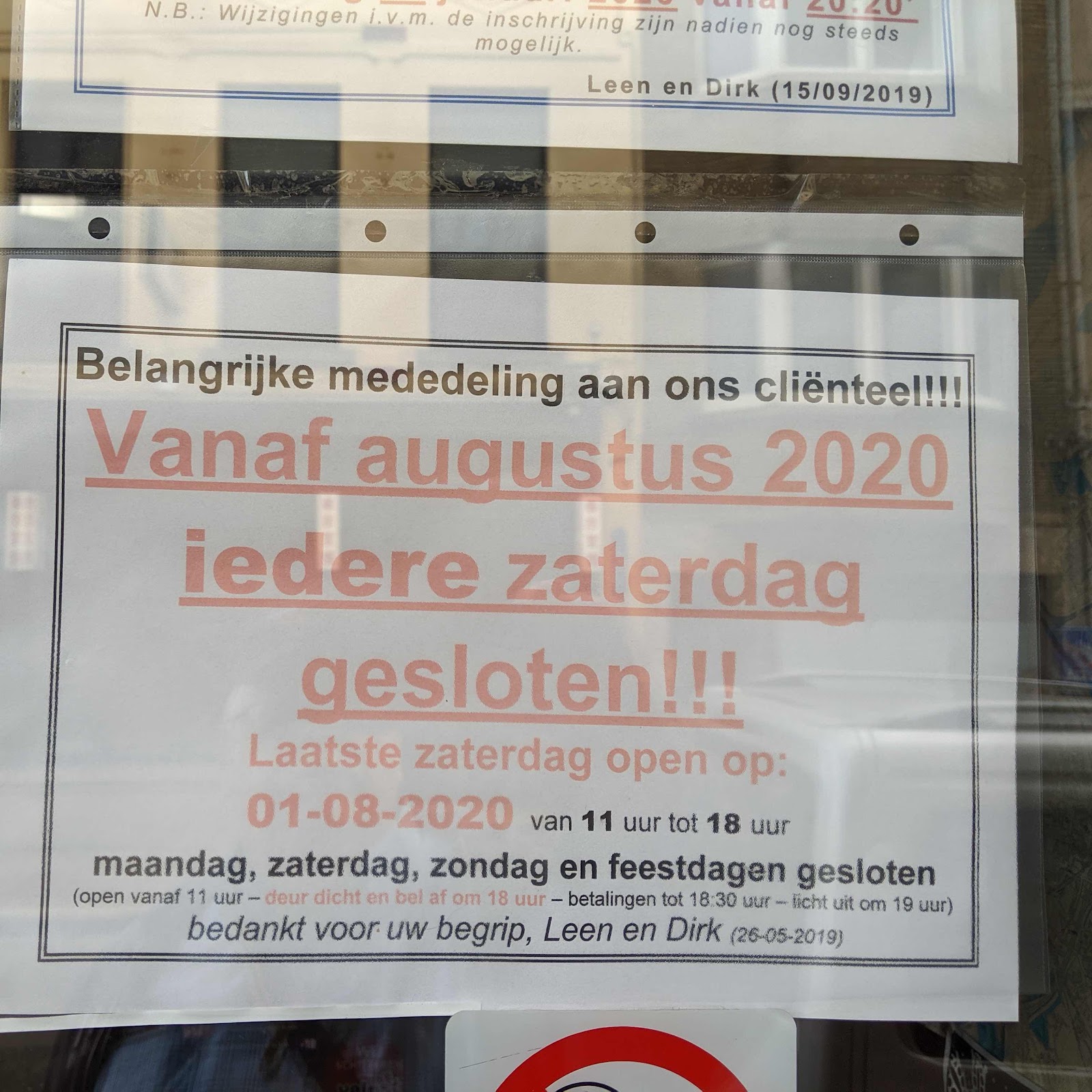 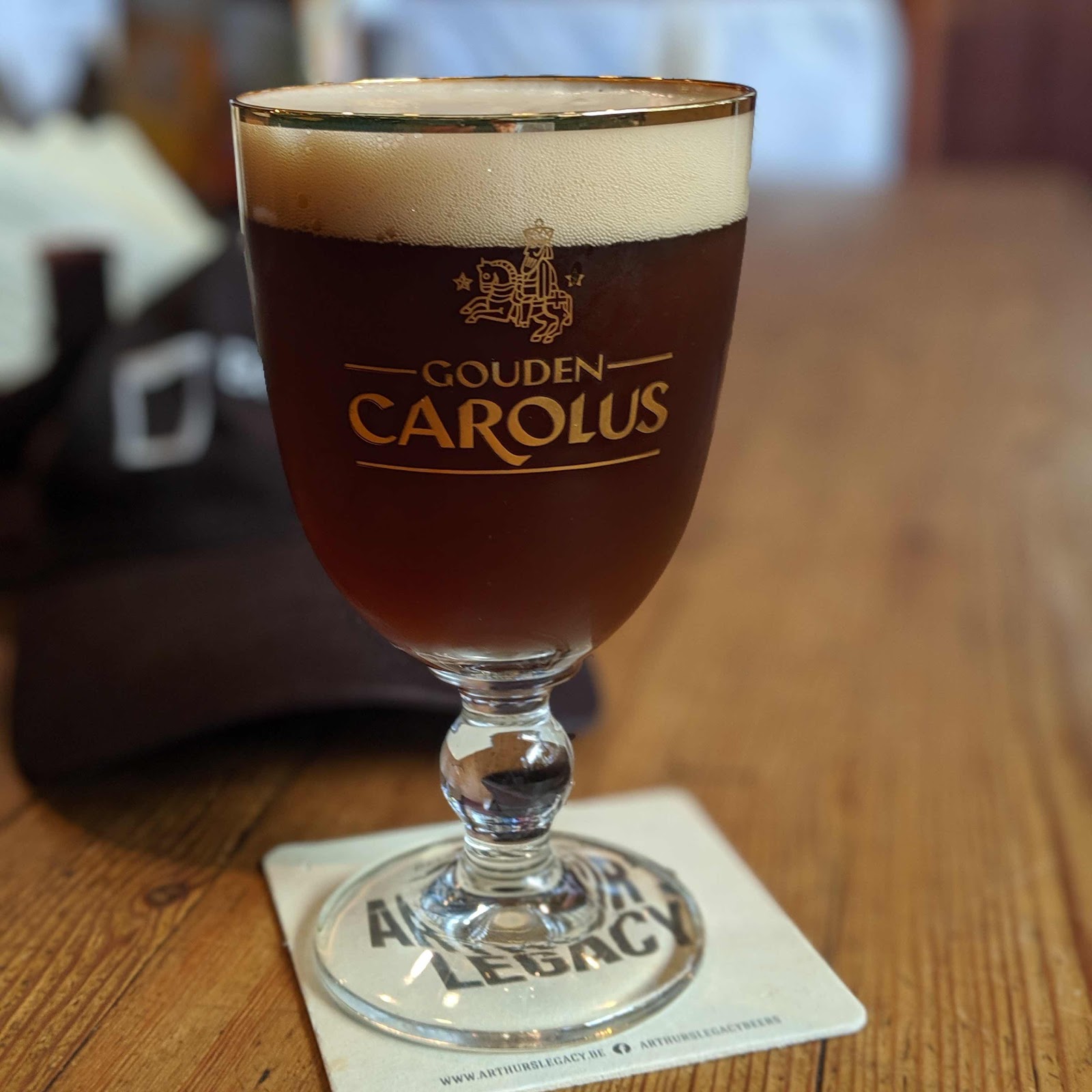 It may be controversial with some but I think I like the regular Cuvée von der Kaizer better. But this was very good.
The tap list is pretty much as expected, except for both Mikkeller Black and Big Worster 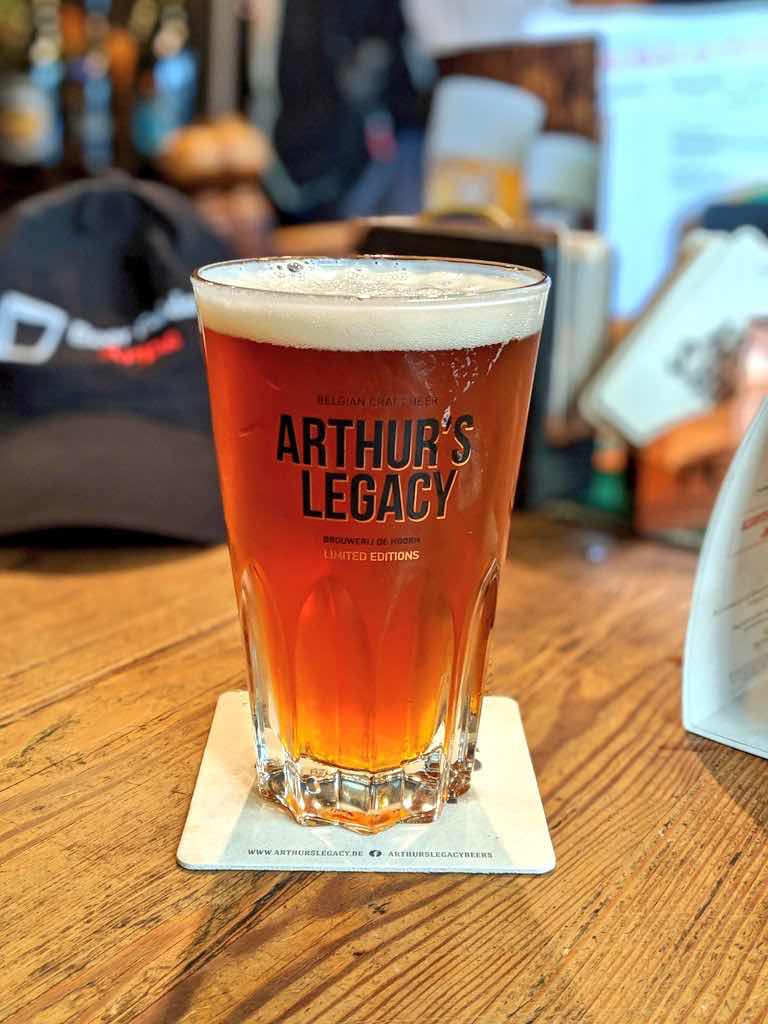 It was an interesting beer — I’m glad to have tried it but I don’t feel the need to have another. It wasn’t all that IPA-ish and there was a slight bit of a phenolic aftertaste that built up as the beer went on.
To to clear my palate I had the Malheur Blond 60. Nice and refreshing. Very clean after the Arthur’s Legend. 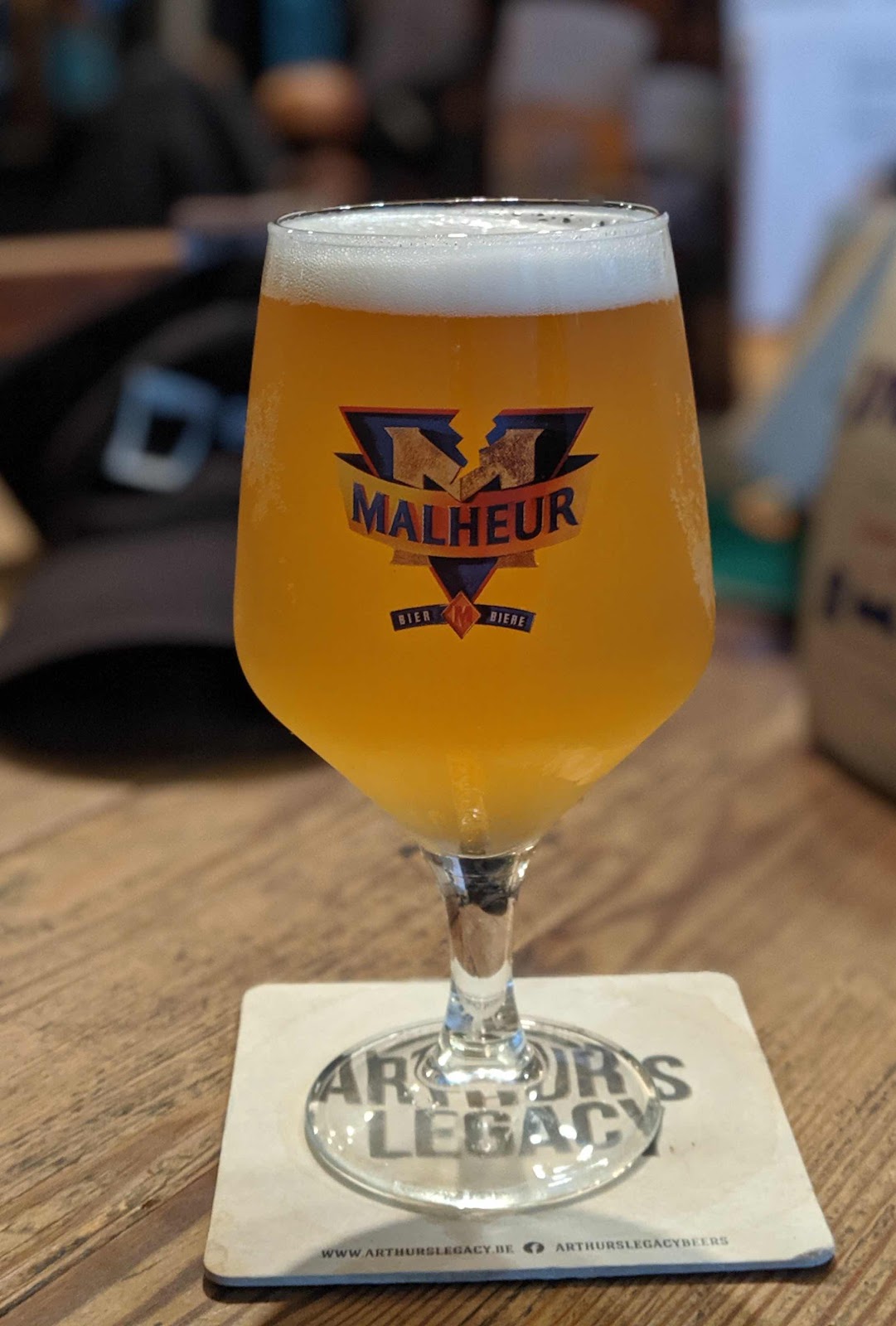 I had met up with the other two people in the group this year (at least until Düsseldorf) — Tom and Mike — and having arrived today they were a bit jet lagged. So I finished up with a Mikkeller Black. This is an Imperial Stout that comes in around 18% abv. They sell a small one at 12.5 ml or a large at 25 ml. I went with the large so I could share. 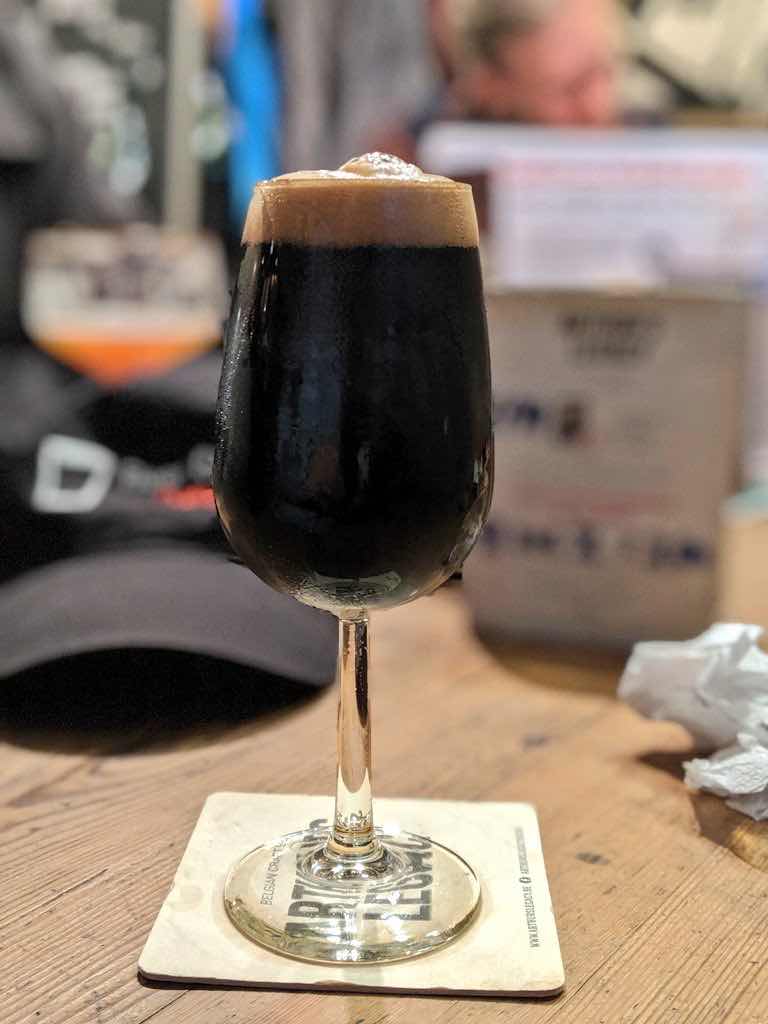 The first time I had this I was surprised when I finished the beer there actually was a logo on the glass... 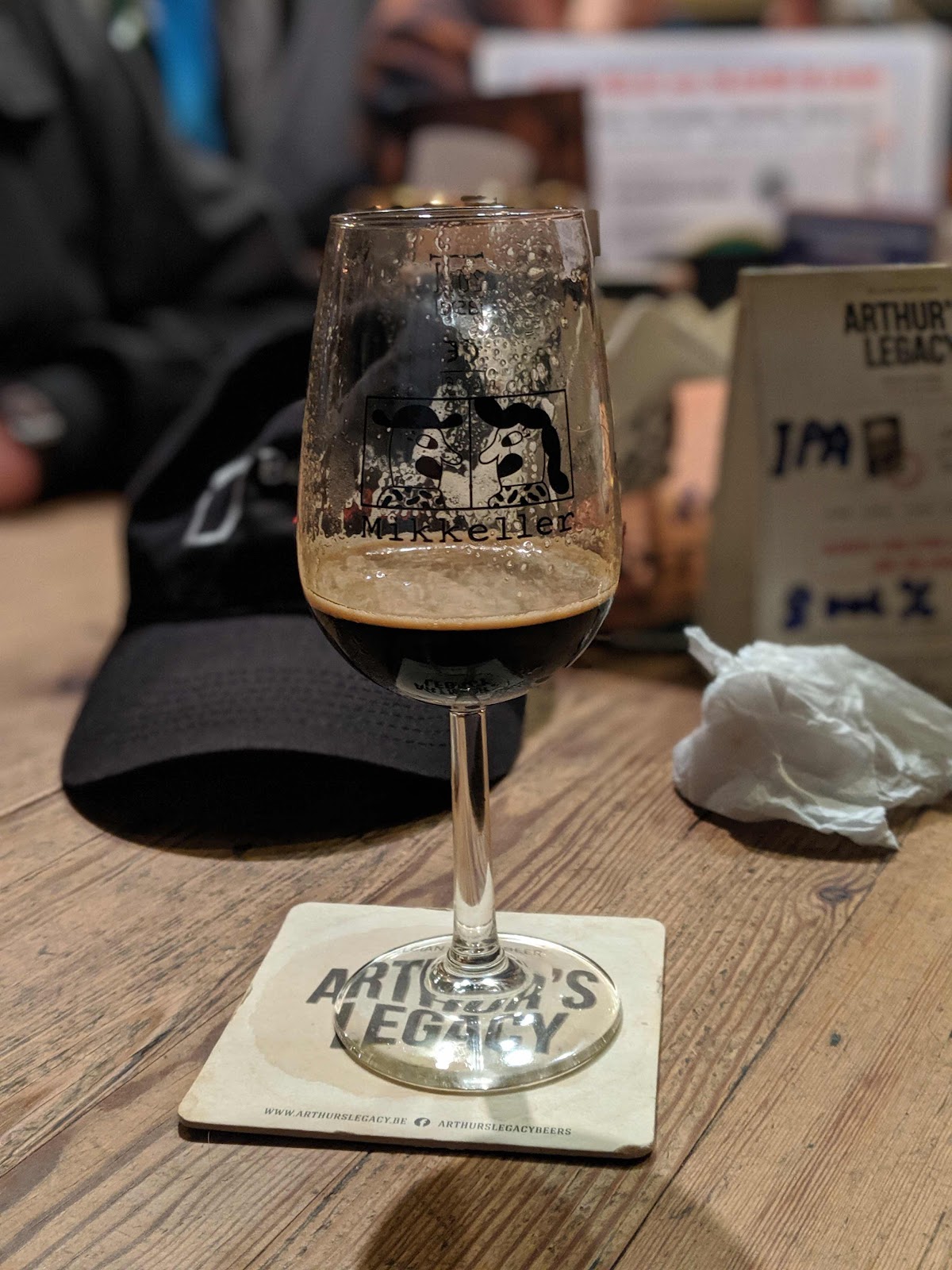 We said our good byes and heading south to a place I’d read about but not visited — Bar Palmier. Their main specialty is raw (or natural) wines — which I take it is wines made with few added ingredients, such as no culture yeast, organic grapes, etc. But they also were supposed to have a good beer list.
They had three beers on tap, I went with a now familiar brewery, De Kromme Haring from Haarlem. This is their Les Perles Du Hommard Saison. It was very nice. 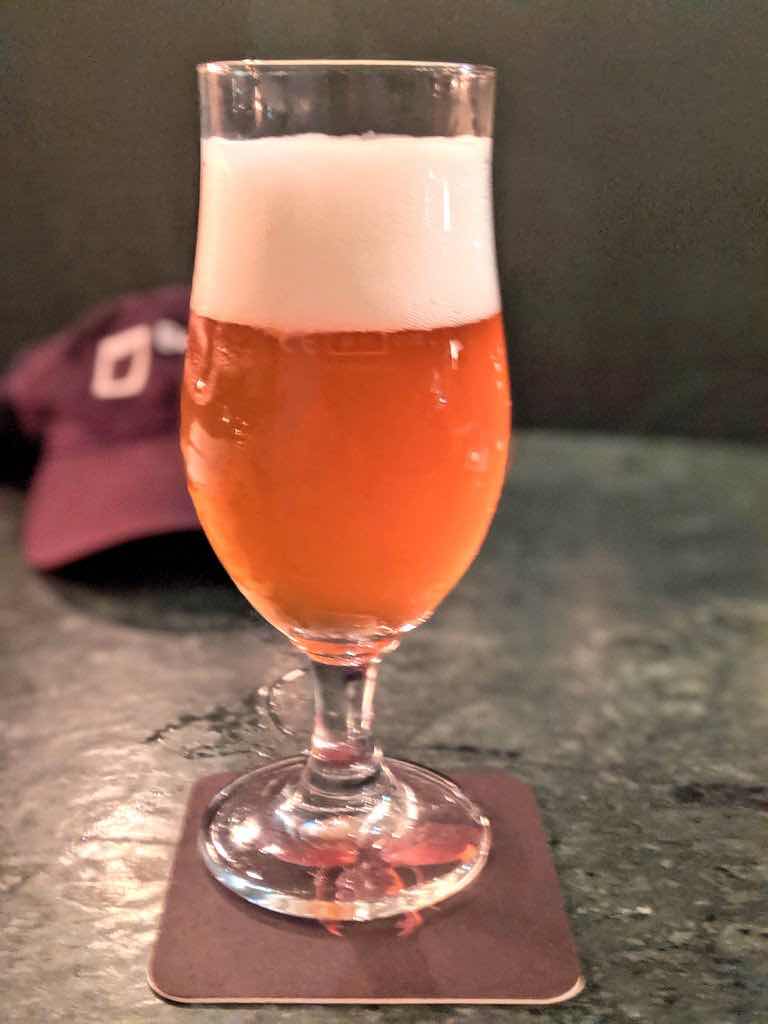 The other two beers were interesting as well — though the Tank 7 is now brewed in Belgium as Boulevard is owned by Duval-Moortgat. 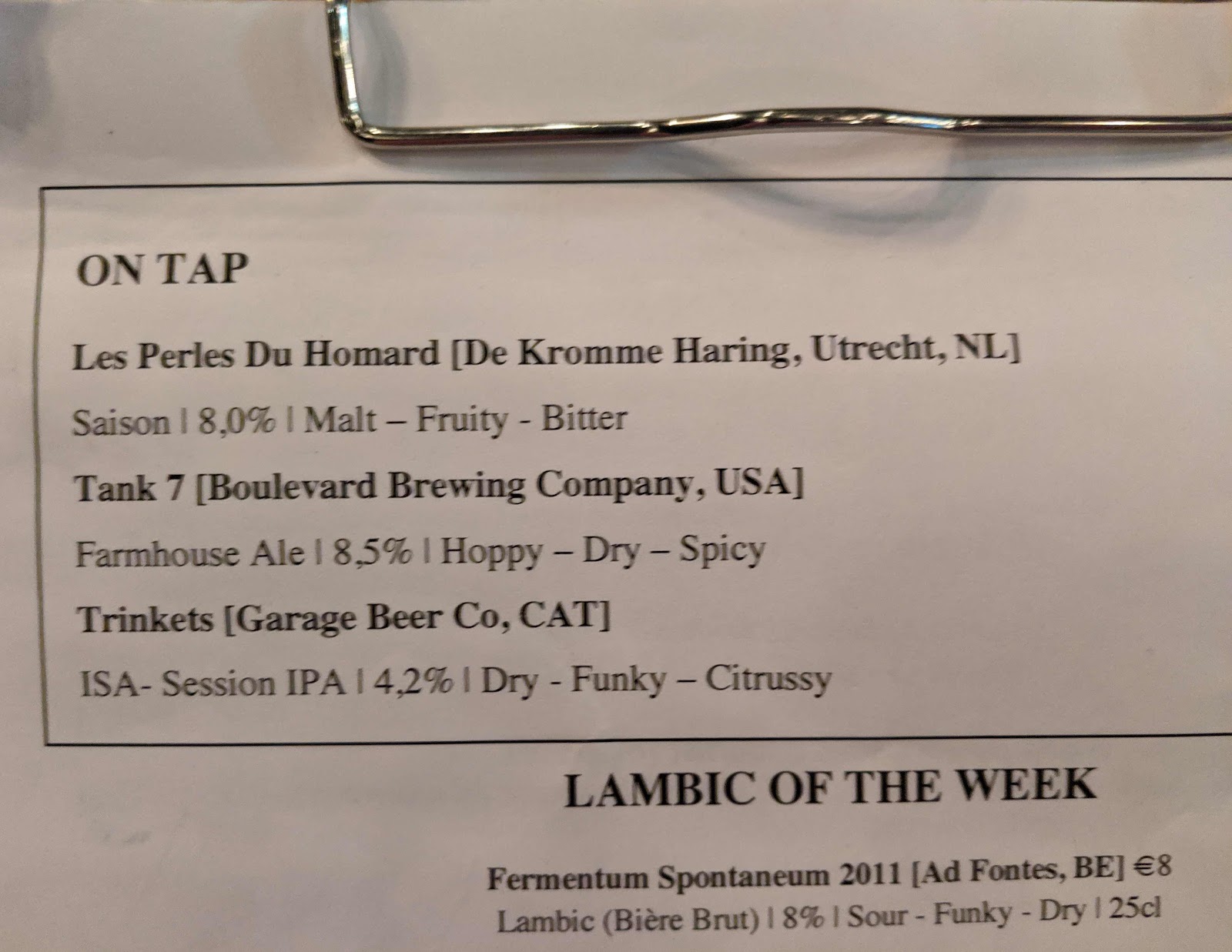 Interesting that they also have a Lambic of the week.
Tom had a Tsar Canon Imperial Stout, a collaboration between Kees of the Netherlands and Alvinne of Belgium. It was a good beer but it loses points with me for the label — I hate it when people use Cyrillic letters that resemble reversed Latin letters. It was maybe cute for about 15 minutes in the 1960s but come on guys, you can do better than that. 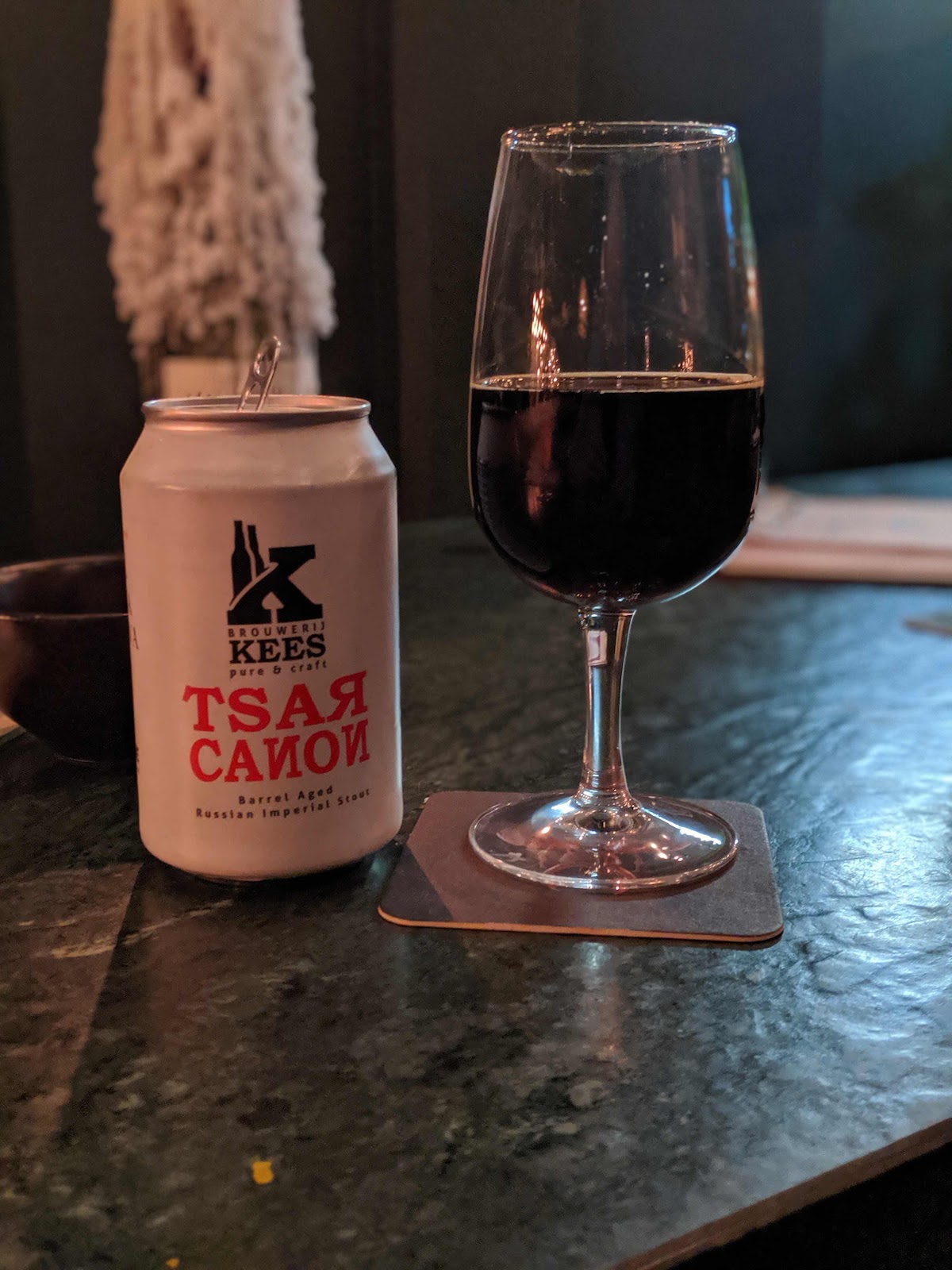 The Bar Palmier people seemed like they didn’t know what to do with some folks that just wanted to have a beer. It took a long time to get them to take our order and a long time to pay. But they seem happy to talk to us about the beers they had. I would be a great place to visit with somebody who was a wine drinker.
At that we called it a night and found our way back to our hotel.