This will be a short post: We got up early drank Sticke, had some lunch, drank a lot more Sticke then finished off with a Killepitsch. You want more? OK
When we got to Bergerstrasse 1 the sign was up (“Hütt” is Düsseldorfer dialect for “today”) Uerige opens at 10am and we were inside by 10:01. 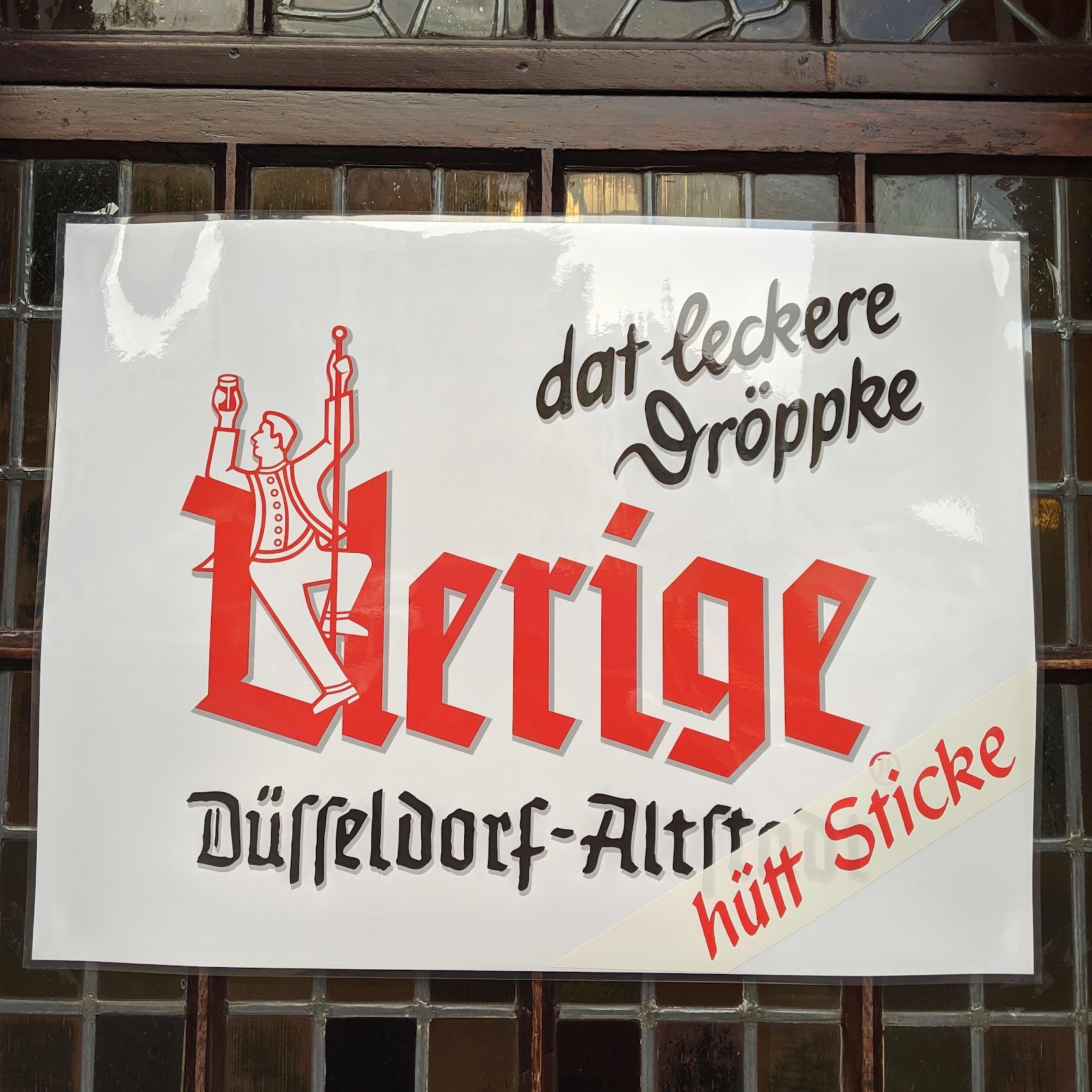 They were setting up tables outside but it wasn’t clear if they were serving so we went into our traditional room and in a few minutes had our first Sticke. 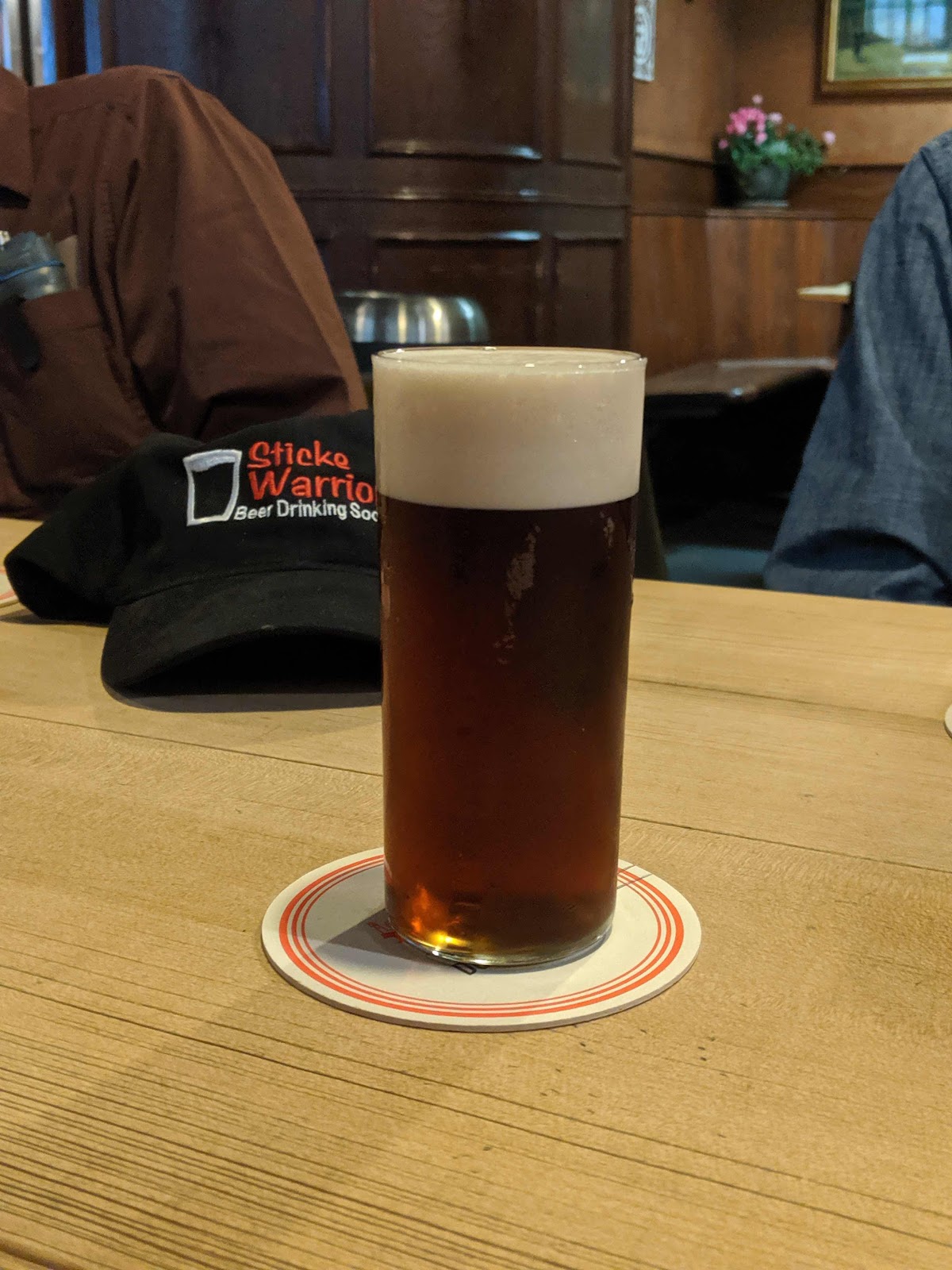 My initial reaction was a bit negative but by the end of it I liked it a lot better. It probably was the orange juice I had for breakfast. It was not as hoppy as last year’s. We learned later they went back to the normal Perle and Spalt hops instead of the Herbsbrucker they used last year. I gather the locals complained.
The lunch meal on Tuesdays is usually Königsberger Klopse — meatballs in a white sauce with capers, boiled potatoes and beets. “Kaliningrad Meatballs” as it were. 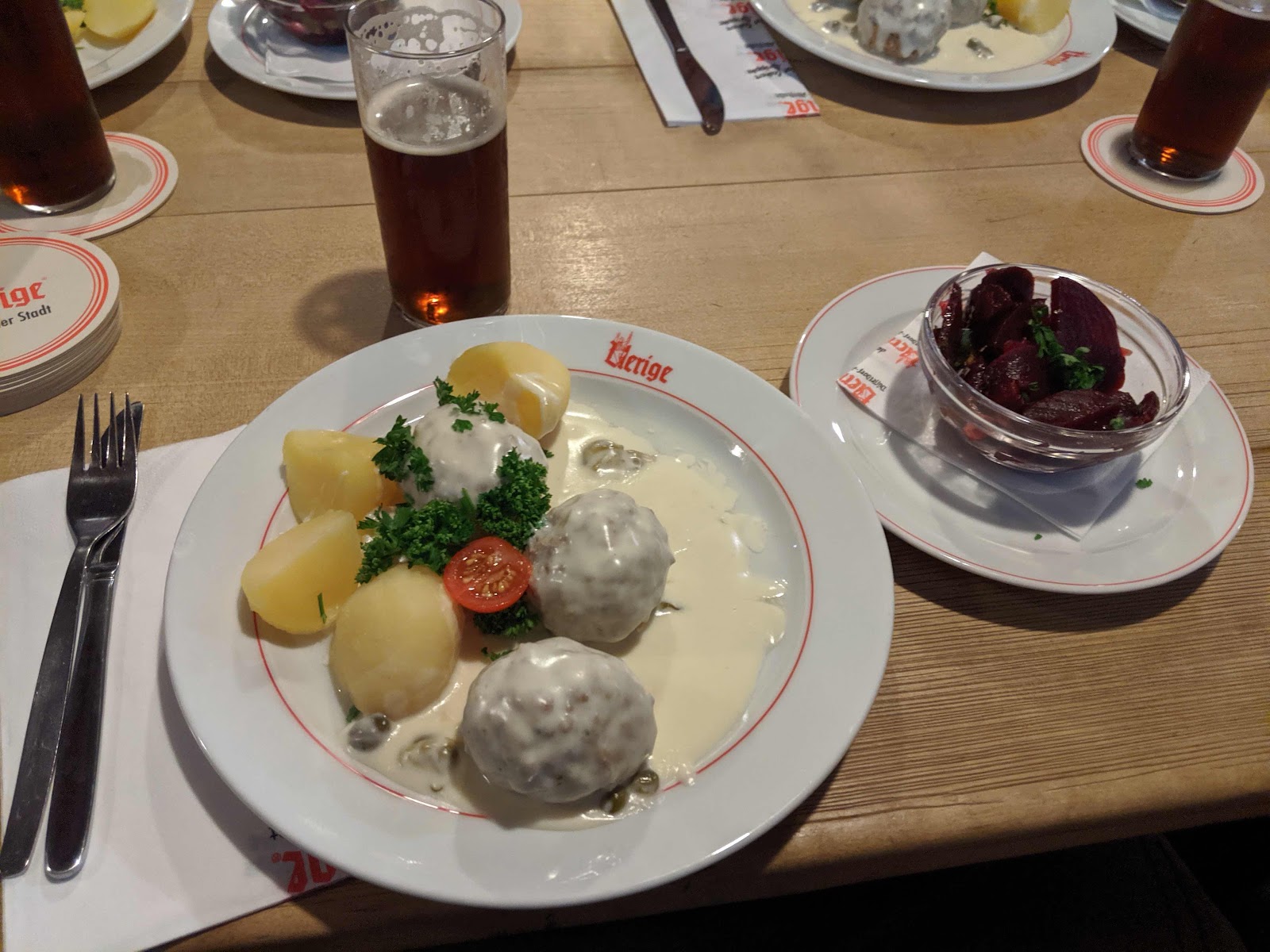 It was very good and also filling. We drank for about three hours. We normally take an afternoon break: do some shopping, maybe some laundry and other errands.
We usually meet back about 4pm and reacquaint ourselves with the Sticke and then go inside to our table. Usually we are in the Brauhaus but this time they put is in the Müller-Schlösser Stube, a small room at the front. 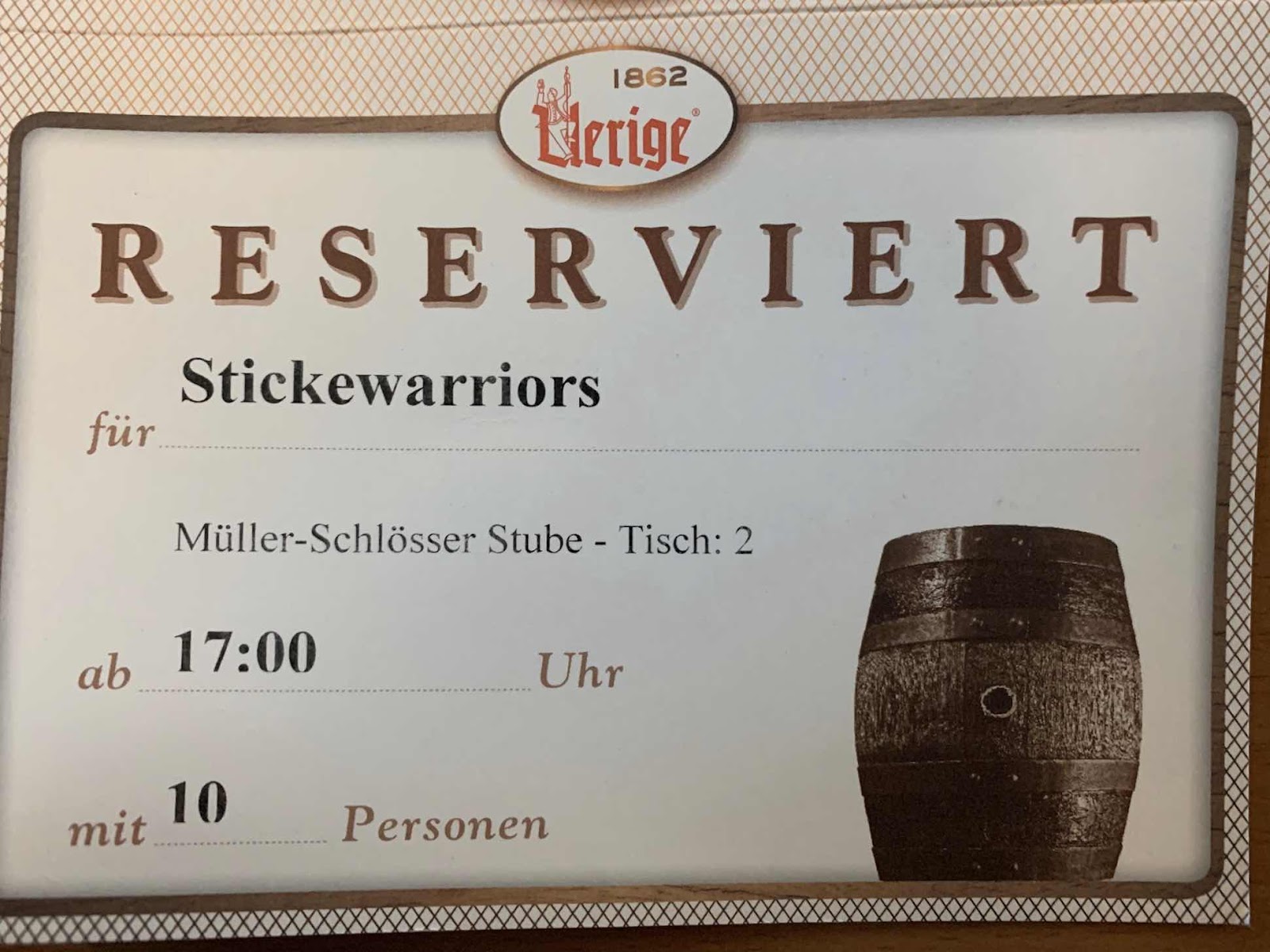 We settled in for the next few hours and consumed mass quantities of good beer. 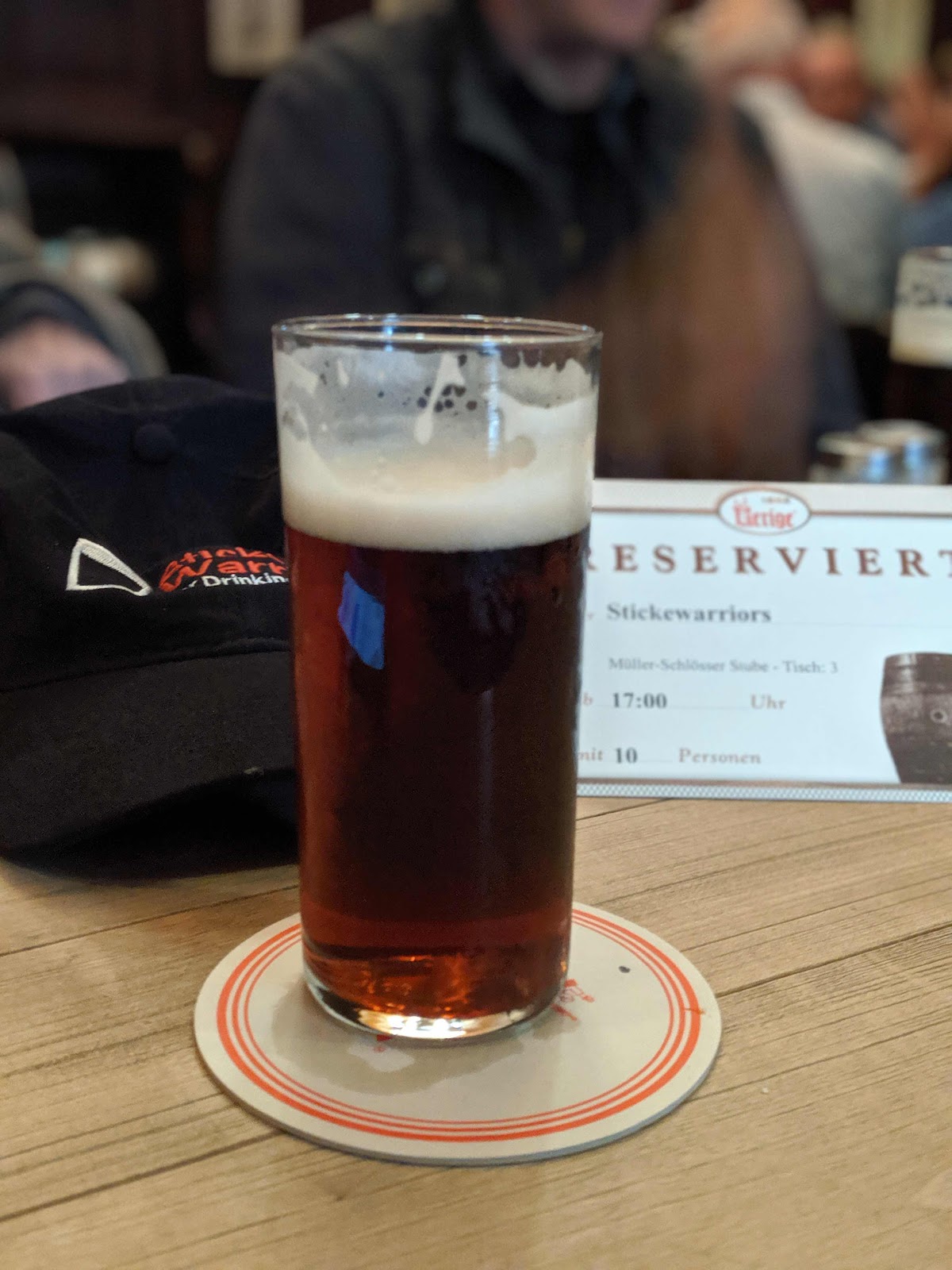 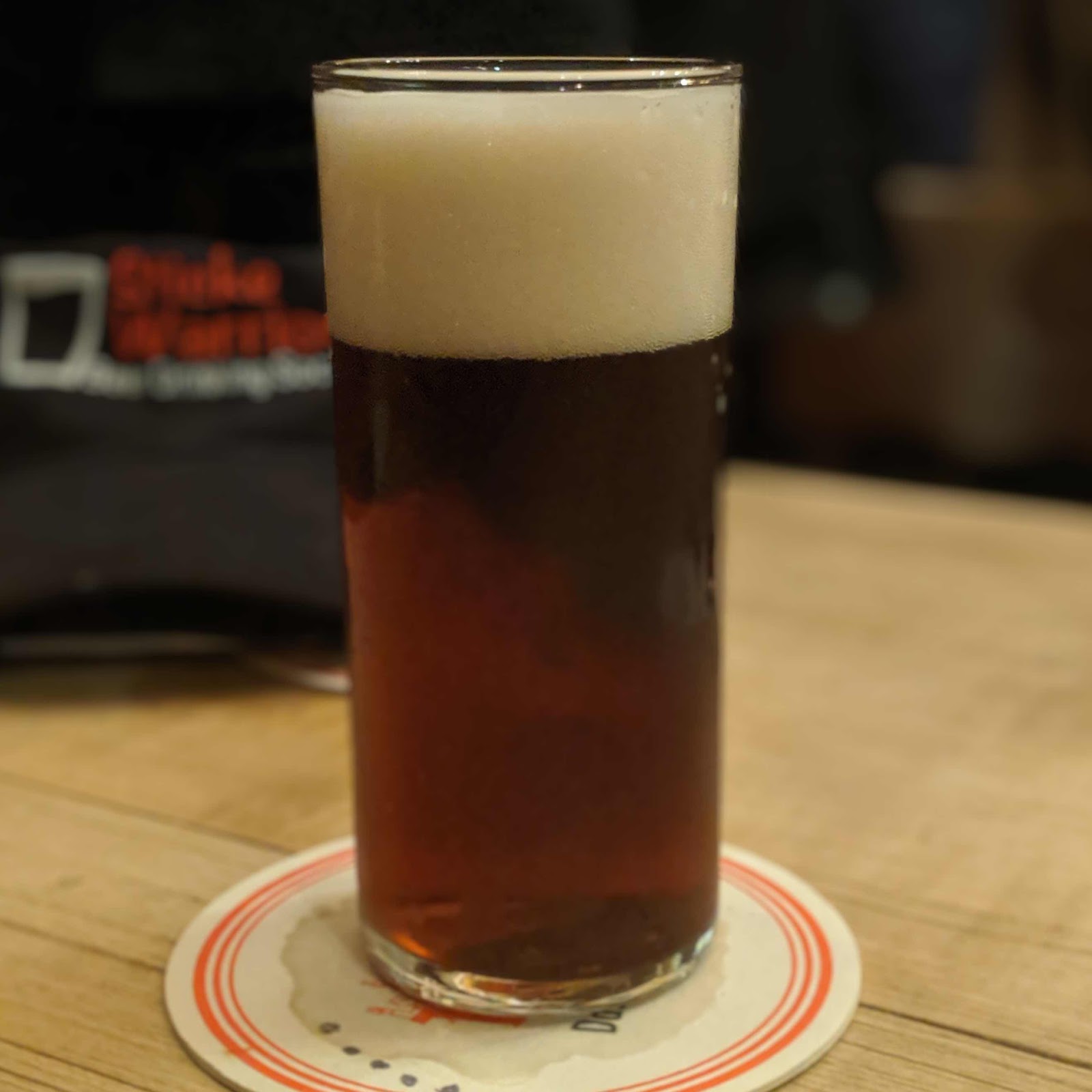 Since we had an early train to Bamberg in the morning, we ended a bit earlier than usual. Then it was across the street for the obligatory Killepitsch. 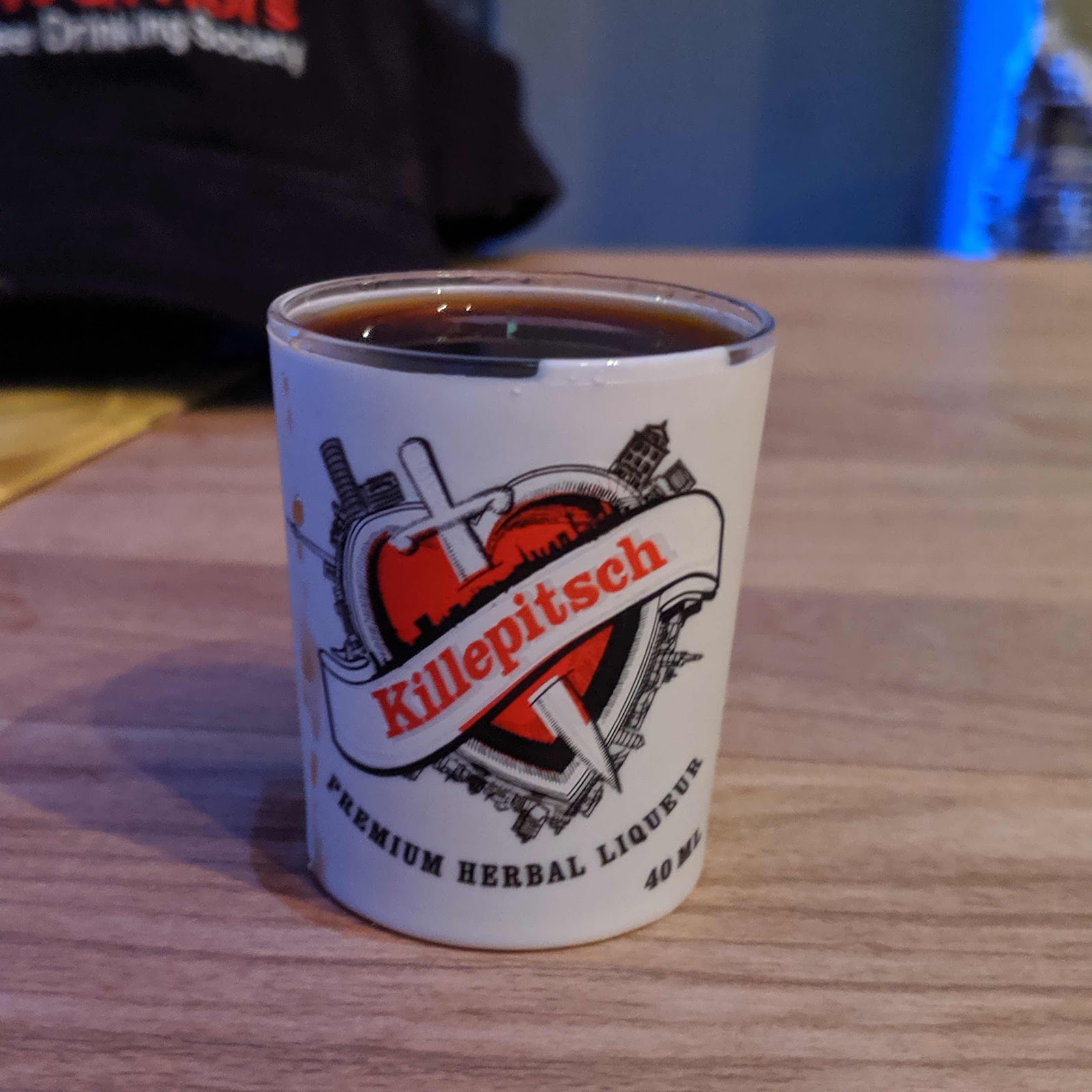 We survived our 22nd official Sticke day (I have been to a few more, having been to the January Sticke a few times). Tomorrow, Bamberg.
Posted by The Mad Brewer at 1:40 AM

Email ThisBlogThis!Share to TwitterShare to FacebookShare to Pinterest
Labels: 2019, Düsseldorf